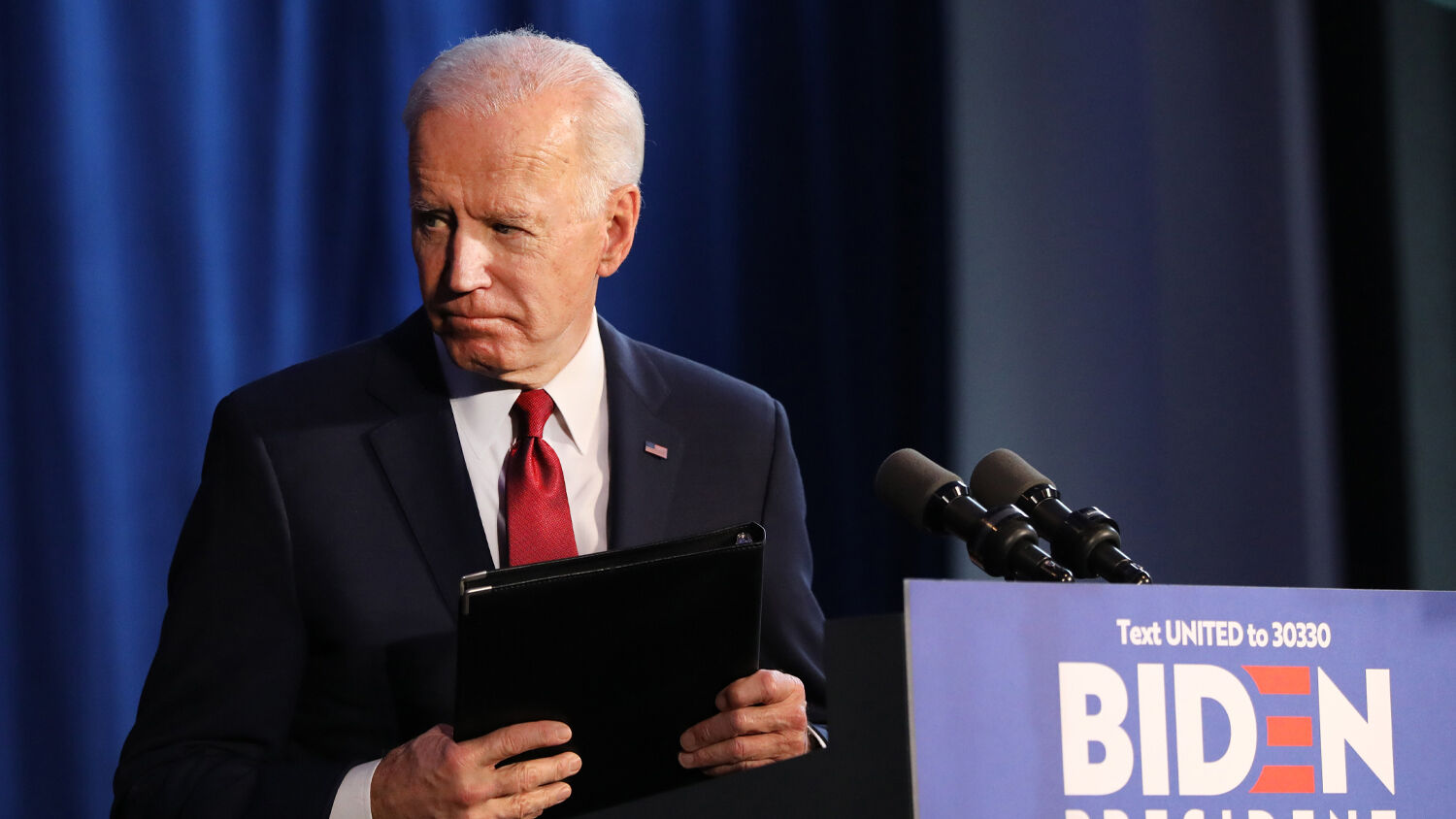 jerusalem
The two-faced foreign policy of the Biden administration is hiding America’s dangerous new agenda to empower the world’s number one state sponsor of terrorism.

Over the weekend, an American B-52 bomber flew over Israeli skies flanked by Jewish state jets in a show of strength that is meant to dispel regional fears that the Biden administration won’t work to deter Iranian aggression. The hollow display was meant to show solidarity with Israel’s security while America dithers in its response to the death of an American contractor in Iraq due to another Iran-backed rocket attack on an American base.

While still important, what is taking place in Iraq is largely a sideshow to more dangerous pro-Iran moves by the Biden administration elsewhere.

Over the past two months, stories have emerged that the Biden administration has mediated several transfers of billions of dollars into Iran’s coffers. According to Iran, $3 billion has made its way to Tehran from South Korea, Iraq and Oman.

The money was part of an iou that the nations were unable to pay by virtue of President Donald Trump’s sanctions on Iranian energy sales around the world.

This means that almost $15 billion is starting to make its way to Iran from those three nations—and this is before nuclear negotiations between the United States and Iran even begin.

According to reporting from Al Arabiya, tens of billions of dollars in frozen Iranian funds could be released in this way.

As soon as Trump left office, the Iranians looked to force the hand of the Biden administration for access to the billions in frozen accounts.

A highly unreported seizure of a South Korean vessel by Iranian foot soldiers in Southeast Asia in January was Iran’s way of saying that the Koreans better pay up. The standoff was resolved—but only when the Biden administration signed off on the transfer and the first tranche of a billion dollars was transferred to Iran from South Korea.

An Iranian government spokesman on Tuesday rejected allegations that #Iran’s seizure of a #SouthKorea’s vessel amounted to #hostage-taking, and said was it was South Korea that was holding $7 billion of Iran’s funds “hostage.”https://t.co/AlrIFAEDMg

When Biden gave the okay, he completely undermined America’s negotiating position in future nuclear talks with Iran. He signaled that Iran does not have to comply with its nuclear deal obligations to have sanctions relief.

Some commentators suggest Iran intends to use the first installment of unfrozen assets for medical devices, covid-19 vaccines and payment of United Nations dues. Although it seems highly unlikely Iran would have seized a cargo vessel in international waters so it could pay its UN bill.

More likely, the funds will be used to further the regime, in particular, the unpaid salaries of its jihadi fighters both in the Islamic Revolutionary Guard Corps and in its worldwide proxy network. While there are certain limitations on the use of the funds initially, Iranians have always excelled at finding ways to barter around those limitations to get money to its fighters. As a side note, since when has Iran prioritized the health of its own citizens over exporting jihad through the region? Perhaps the Iranians will also use the money to buy conventional arms on the open market.

In another quiet move by the Biden administration, Secretary of State Anthony Blinken circulated a letter to the members of the United Nations Security Council in February stating that America no longer finds President Trump’s snapback sanctions on Iran’s purchase of conventional weapons to be valid.

US acknowledged Pompeo’s claims re Res. 2231 had no legal validity.

US unconditionally & effectively lift all sanctions imposed, re-imposed or re-labeled by Trump.

We will then immediately reverse all remedial measures.

In effect, this means that the United States under Biden has given the all-clear for Iran to purchase the weapons it desires and to become an exporter of those weapons to support its proxies elsewhere. This is extremely dangerous when considering that the Biden administration also undid President Trump’s terrorist designation of the Iran-backed Houthi organization.

Put together, this means Iran can use billions of U.S.-negotiated cash to purchase sophisticated weaponry allowed by America’s withdrawal of snapback sanctions in order to legally ship arms to the no-longer American-designated terrorist Houthi organization currently taking over Yemen.

The result of America’s pro-Iran policies is enabling the Houthis’ ongoing offensive of missiles, drones and exploding boats against Saudi Arabia.

On Monday, the Houthi movement admitted to its operation a day earlier of 14 drones and eight ballistic missiles sent to attack military targets in the Saudi cities of Dammam, Asir and Jazan. The Saudi-led coalition said it destroyed 12 Houthi drones, without specifying locations in the kingdom, and two ballistic missiles launched toward Jazan.

And then, White House spokesperson Jen Psaki has the gall to issue statements such as this:

We continue to be alarmed by the frequency of Houthi attacks on Saudi Arabia. Escalating attacks like these are not the actions of a group that is serious about peace. We understand that they face genuine security threats from Yemen and others in the region. … We will look for ways to improve support for Saudi Arabia’s ability to defend its territory against threats.

Such statements ring completely hollow for Saudi Arabia and other former American allies in the region. But they do accomplish a lot in concealing from the American people the Biden administration’s terrifying support of the number one state sponsor of terrorism.

As we wrote in the latest Trumpet print issue, judging by fruits, not words, clearly reveals Biden’s pro-Iran policy. It is the same policy that Barack Obama employed, and it’s back with vengeance! “Obama wasn’t played by the Iranians,” we wrote, “he was helping them with their ambitions. Obama’s agenda of ‘fundamentally transforming the United States of America’ included fundamentally transforming American relationships in the Middle East. He pivoted American policy and resources to embrace and sponsor enemies and to shun allies—or push them directly into the line of fire.”

This is currently happening to Saudi Arabia. Who will be next? What is motivating the drastic shift in American foreign policy? Why is the United States actively supporting its historic enemies while turning its back on its allies? Searching for a rational reason for such a turn will be fruitless. Instead, read Trumpet editor in chief Gerald Flurry’s revealing article “The Barack Obama Mystery.”