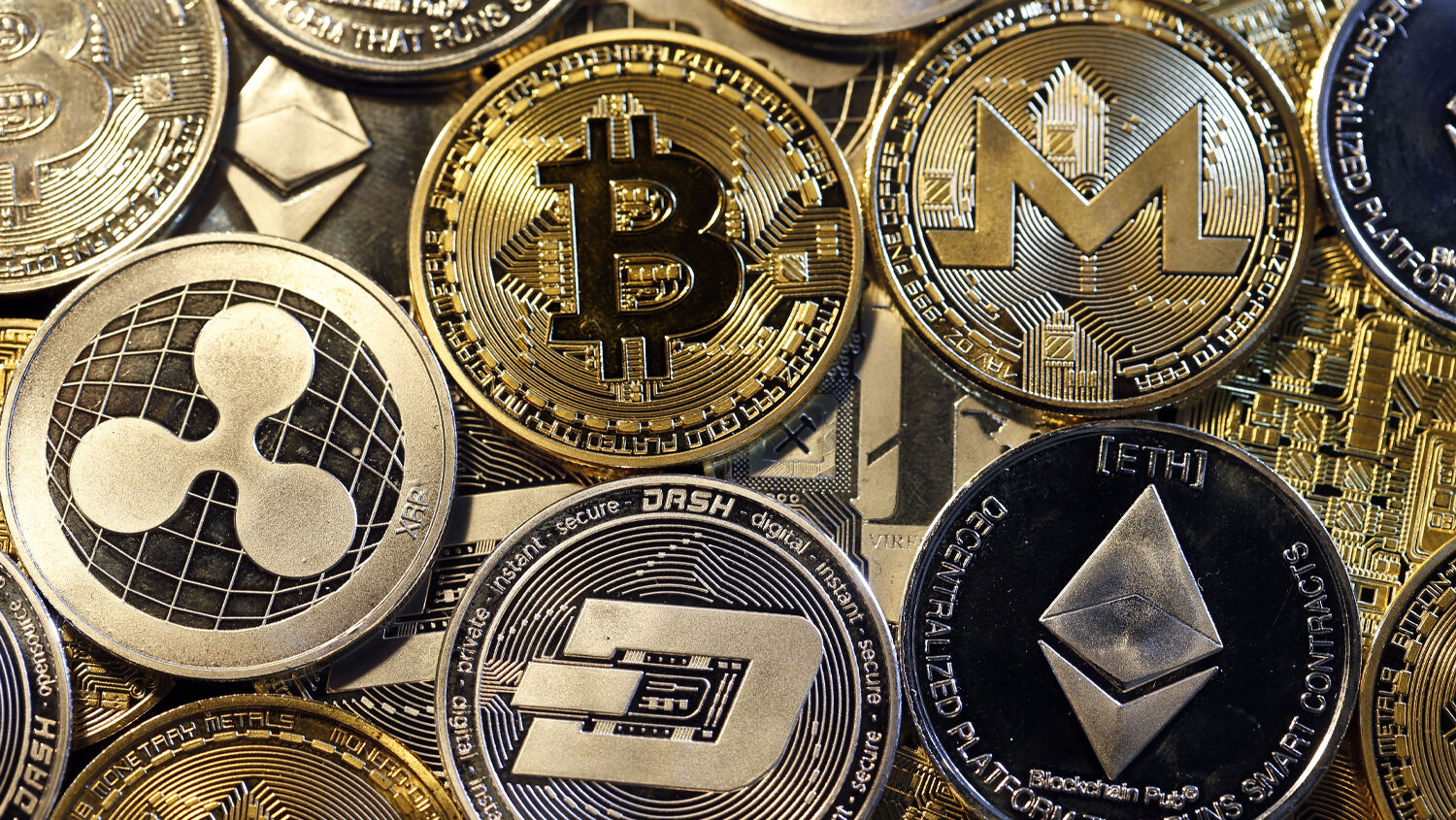 Our world is changing fast, but Bible prophecy reveals where we are heading.

Bitcoin has been referred to as the currency of anarchists. Many think digital cryptocurrencies like this one could facilitate a financial world independent from central banks and big government. But as you might suspect, central banks and big government are not interested in losing their control of finance to digital currencies—especially when they can use digital currencies to increase their control.

The development of central bank digital currencies has begun. A January survey by the Bank for International Settlements showed that of the 65 surveyed central banks, 86 percent were exploring the use of digital currencies, and some had already begun testing. The survey concludes that central banks representing one fifth of the world’s population will likely issue their own digital currencies within the next three years. We are entering the transition from a cash-based financial system to a cashless one.

The Chinese Communist Party was the first major government to introduce a digital currency, which is a red flag in and of itself. The Bank of France is exploring the use of Ripple–xrp as a possible platform for a digital currency—not just for France but for all of Europe. (In 2014, a man the Trumpet watches closely, Karl-Theodor zu Guttenberg, joined Ripple’s advisory board.) Cryptocurrency is one of the hottest topics for elites like Guttenberg around the world. While bitcoin, the origins of which are mysterious, might be decentralized, they are interested in making it very much centralized—under their own power.

A world is coming where not only individuals but entire nations can be excluded from the financial system.

While the new developments bring a lot of uncertainty, Bible prophecy gives us a clear overview of where these events will lead.

When almost every government around the world has already launched massive suppression of individual freedom on the pretext of a virus, many fear that giving them even more power over their day-to-day transactions will invite tyranny. The preliminary results of an online survey conducted by the European Central Bank, which is developing a digital currency, show that 41 percent of respondents are most concerned about losing their privacy. Only 17 percent are concerned about having digital euros stolen.

The central bank claims that its electronic euro will be a supplement to cash. Still many fear that once the digital euro is introduced, the government could easily outlaw cash transactions. The government would then gain total control over its citizens’ transactions and much of their lives. Its ability to collect and raise taxes would be enhanced. Its ability to trace the income of opposition groups would be a political super-weapon. And its surveillance abilities, already comprehensive, would be total when it came to your transactions and all that they reveal about you. It would be able to coerce you into making certain transactions and not others, and it could restrict or turn off your ability to even make transactions.

In a cashless society, the government could much more easily prevent the funding of an extremist terrorist organization, for example, and trace, track, catch and punish those involved. But what if a government agency suddenly decides that your opinions make you an extremist? You would have no place to hide.

This development is shockingly similar to what the Bible describes in Revelation 13:17: a society where “no man might buy or sell, save he that had the mark, or the name of the beast, or the number of his name.”

Concerning the prophesied “mark of the beast,” the late Herbert W. Armstrong noted in 1952:

The “mark” is something that will be very popular—something the majority of people will be in favor of, will seek—which custom will approve as right—because no man will be allowed to “buy or sell,” unless he receives this “mark.”

The mark of the beast has historically been the Catholic enforcement of Sunday worship. Mr. Armstrong explained that a resurrected Holy Roman Empire would enforce this religious teaching once again—on a scale that history has never seen. In a society that uses only digital currencies, anyone who works on Sunday or keeps God’s true Sabbath could be excluded from buying or selling with the click of a button.

In fact, the click of a button could exclude entire nations from world trade.

“Historians still quibble about what event marked the end of the Roman Empire,” David Goldman wrote in the Frontier Post. “Some future historians might choose Jan. 16, 2021, as the fatal moment for the American Empire.”

This development, Goldman noted, may mark “the overthrow of the reserve currency system that has prevailed for more than two centuries, since sterling became the world’s favored reserve instrument and the Bank of England acted as the world’s de facto central bank.” (Read about the importance of this development and how the date on which it occurred connects it to Herbert W. Armstrong.)

America should be greatly concerned about this development.

Most world trade today is conducted in United States dollars. Many nations hold large amounts of this currency in reserve to conduct these transactions, which increases its demand and, therefore, its value. But over the years, the United States has grown more and more materialistic and addicted to debt. Just today its government signed a bill costing $1.9 trillion into law, adding to its already unfathomable $28 trillion national debt.

Right now, trading internationally is still a complex business and requires large deposits (in dollars) as collateral. But digital currencies built on a technology called blockchain could drastically simplify these transactions.

“Blockchain allows the tracking of goods from factory to warehouse to port to container to ship, and enables just-in-time deliveries along with just-in-time payments,” Goldman noted.

If European governments can take the lead with blockchain financial tools the entire world could quickly change its orbit to a European digital currency and dispense with the complexities of holding dollars in reserve, not to mention the fear of the dollar’s inevitable failure.

The Bible prophesies that a European economic behemoth will center world trade around itself. The book of Isaiah foretells that Europe will become the “marketplace for the nations” (Isaiah 23:3; New King James Version). It also reveals who will be counted as its major allies.

In his free booklet Isaiah’s End-Time Vision, Trumpet editor in chief Gerald Flurry explains the Bible’s prophecies that the world economy will be dominated by three power blocs in the end time: Tyre, Tarshish and Kittim. Tyre, he explains, represents the commercial center of the modern-day European Union; Tarshish is modern-day Japan and can also refer to Latin America; Kittim is modern-day China. Isaiah 23:1-3 say that the merchants of Tarshish will mourn when Tyre is overthrown. This shows that Japan and China will be in a close economic partnership with a German-led European superstate. As Mr. Flurry explains in “America Is Being Besieged Economically,” Latin America will also play a crucial role in the fulfillment of this prophecy.

But the prophecy also shows that the English-speaking peoples, the modern descendants of the ancient Israelites, are missing from this trade alliance. This corresponds with many other prophecies that refer to an economic siege against America and other nations. Jeremiah 21:9 refers to the “Chaldeans that besiege you,” a reference to modern Germany. (Request The United States and Britain in Prophecy, by Herbert W. Armstrong, to understand the “master key” to unlocking Bible prophecy: the biblical identities of modern nations.)

China’s and Europe’s efforts to create a financial system independent of the U.S. are a sign that we are about to see these prophecies fulfilled. For more information on how America may find itself soon excluded from international trade, read “Will Blockchain Block Out America?”

How It May Unfold

As China and Europe increase their trade with each other, they are actively plotting to bring down the American superpower. Once the dollar collapses, the U.S. will fall into great economic turmoil. This will trigger a banking crisis on a far larger scale than the economic “Armageddon” narrowly averted in 2008. Mr. Armstrong noted that a financial crisis in the U.S. “could suddenly result in triggering European nations to unite as a new world power, larger than either the Soviet Union or the U.S.”

Mr. Armstrong based this prophecy on Revelation 17:12-13: “And the ten horns which thou sawest are ten kings, which have received no kingdom as yet; but receive power as kings one hour with the beast. These have one mind, and shall give their power and strength unto the beast.” Ten rulers are prophesied to unite a European empire ruled by Germany. At this point, the EU will likely have already instituted a digital currency, primarily used to facilitate international trade. But a large banking crisis may force European nations to ban cash entirely to force economic strength and unity. This would give the European Central Bank a key advantage.

A digital euro and the abolition of cash would lock everyone in with the ecb. Runs on the bank would become impossible. Large-scale negative interest rates would become reality and would force public spending. This would give Europe the ability to rise from the ashes of a massive banking crisis.

The University of Bayreuth’s Dr. Thorsten Polleit noted with the reality of a digital euro. “No one needs to worry that their balances held at a commercial bank could be lost if the bank goes bankrupt and the deposit protection fund fails,” he said. “If a digital euro is publicly accepted, the scenario of euro commercial banks collapsing becomes unlikely; the euro money and credit system would be supported more than ever by the omnipotence of the ecb.”

In a large enough crisis, the government may also decide to enforce a six-day workweek. EU law has already designated Sunday as the primary day of rest in such a scenario. Individuals not abiding by this law could be penalized and even excluded from the financial system. This development would then lead to total state control that starts in Europe and soon spreads globally. Soon the “mark of the beast” could be forced on nations around the world.

As of now we only “see through a glass, darkly” as the Apostle Paul stated. But God has given us Bible prophecies so that we can “watch and pray” (Luke 21:36). As these events are unfolding, followers of Jesus Christ are commanded to not only draw close to God but also warn the world of what is ahead (Revelation 10:11). God reveals Bible prophecy only to His end-time apostle who is proclaiming this warning message and the good news of God’s soon-coming Kingdom.

If you want to learn more about these fascinating prophecies and what they mean to each of us individually, request a free copy of Isaiah’s End-Time Vision, by Gerald Flurry.