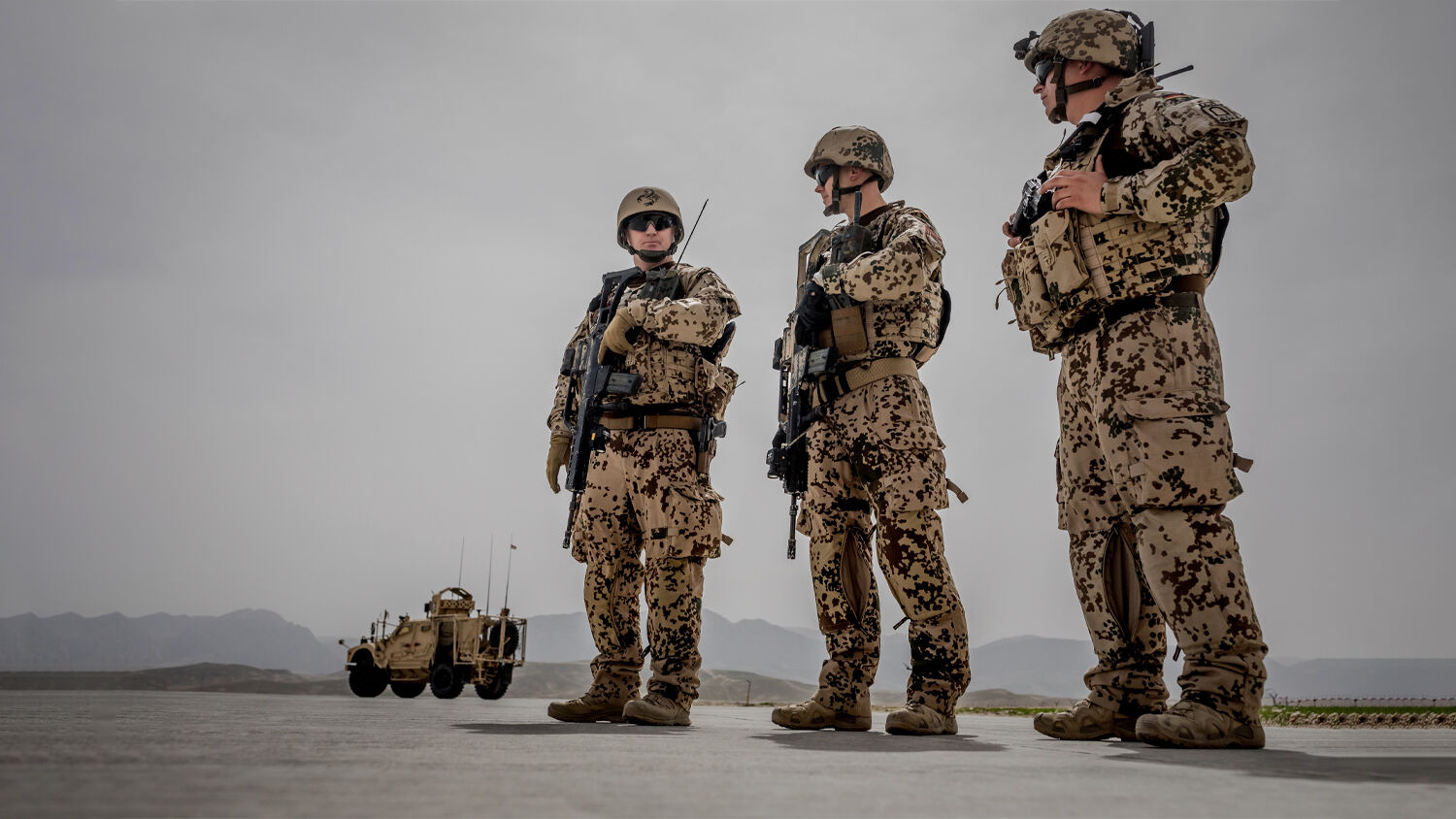 The Bundeswehr’s largest foreign deployment will once again be extended.

On February 24, the German cabinet agreed to extend the Bundeswehr’s mission in Afghanistan to Jan. 31, 2022. This mission, which can include up to 1,300 troops, is part of the North Atlantic Treaty Organization-led Resolute Support Mission. The Bundestag is expected to approve the decision as well. Government spokesperson Steffen Seibert said the extension “takes into account … the complex situation in Afghanistan and also makes possible the flexibility necessary to be able to react if the volatile security and threat situation there changes.'’

German‑Afghan relations date back more than a century, beginning with the German Reich and the kingdom of Afghanistan in 1915.

The German government’s website states that in order to “support the democratically elected government of Afghanistan, the Bundeswehr is providing assistance in the north of the country by training and advising local security forces.” With over 1,100 troops, Germany is currently providing the second-largest contingent after the United States.

Yet in 2020, the Trump administration made a deal with the Taliban, establishing May 1 as the deadline for a final United States troop withdrawal. U.S. President Joe Biden is currently reviewing the deal. nato Secretary General Jens Stoltenberg said, “We are faced with many dilemmas, and there are no easy options.” While nato and the U.S. government have not yet made a final decision on the future of its mission in Afghanistan, Germany has made its commitment clear.

German Foreign Minister Heiko Maas warned against rushing to withdraw troops from the region. Rather than being “slavishly” bound to the May deadline, he said, the decision should be linked to a peace talks between the Afghan government and the Taliban.

Why is Germany so eager to continue its deployment?

In 2010, late Trumpet writer Ron Fraser noted in “Afghanistan—Why Germany Won’t Leave” that the German government has many personal reasons to stay involved in the region. The mission furthers Germany’s military technological advances, allows Germany to gain a strategic military foothold, and forges key alliances. For this and other reasons, the Trumpet has stated that Germany won’t leave the region. A decade later, that forecast has proved remarkably true.

To understand Germany, one has to take the long view. That means the realistic observer needs to understand the ethnic origins of the German peoples and their innate national tendencies over thousands of years of history. More importantly, one needs to understand the agenda held by German elites since Bismarck united the German peoples, the temporary successes gained by those elites during the 19th and 20th centuries, their major setbacks in two world wars and their successful revival of that same agenda in the postwar years to enable Germany to dominate Europe, yet once again, in this early 21st century.

Missions like the one in Afghanistan show that Germany hasn’t changed. It may claim to be a force for peace, but it is quietly pursuing its own agenda.

On her 2019 trip to Afghanistan, German Defense Minister Annegret Kramp-Karrenbauer spoke in favor of supporting Germany’s troops with armed drones. So far, Germany has only used unarmed drones in the region. If it is given approval to use armed drones for defensive purposes, its missions could easily change. Armed drones could then act as stealthy and precise killing instruments.

In its various missions in the Middle East, Germany is using top military equipment, such as the military transport aircraft A400M, unarmed drones and several Tornado fighter jets. But these instruments of war could soon be used for a much more deadly purpose. Germany could also use its Tornado jets to carry nuclear bombs, and the A400Ms could transport hundreds of troops into remote combat zones. After years of reconnaissance and interaction with different governments, Germany is well prepared to lead strategic warfare in the region if need be.

History reveals the tragic reality of Germany’s war-like character. And Bible prophecy reveals that this character is still prevalent in Germany today. For this reason, the Trumpet continues to warn about Germany.

From time to time we are accused by some who do not know us as being possessed of a phobia against Germany. Anyone who takes the time to study our archive will clearly see this is not the case. When it comes to analyzing international relations we are simply realists who operate within a perspective of the prophetic vision that foretells the outcome of current world events in relation to both the history and the current trends within and between nations. We have an innate love for all peoples, and our desire is that all come to appreciate and to fulfill their incredible, God-ordained human potential (read our book The Incredible Human Potential).

I encourage you to read Mr. Fraser’s article “Afghanistan—Why Germany Won’t Leave” to understand the Trumpet’s biblical analysis of world events. Germany’s mission in Afghanistan is one of many examples where the Trumpet’s forecast has proved true.

Since the 1990s, Trumpet editor in chief Gerald Flurry has explained that one of Germany’s main goals in the region is to oppose Iran. The world has only recently awakened to the threat Iran poses. But Germany has been quietly preparing for a coming confrontation.

In his article, “The Whirlwind Prophecy,” Mr. Flurry referred to a specific prophecy in Daniel to explain Germany’s strategy: “At the time of the end shall the king of the south push at him: and the king of the north shall come against him like a whirlwind, with chariots, and with horsemen, and with many ships; and he shall enter into the countries, and shall overflow and pass over” (Daniel 11:40). “The Iranians are so focused on conquering their own objectives that they don’t see what the Germans are doing,” he wrote. “They don’t recognize how Germany is planning for the bigger war to come! No one but the Trumpet recognizes it! But the facts are visible for anyone to see.”

It is vitally important that you understand Germany’s military strategy in the region. Request a free copy of Mr. Flurry’s reprint article “The Whirlwind Prophecy” to see where the Bible says Germany’s military missions will lead.