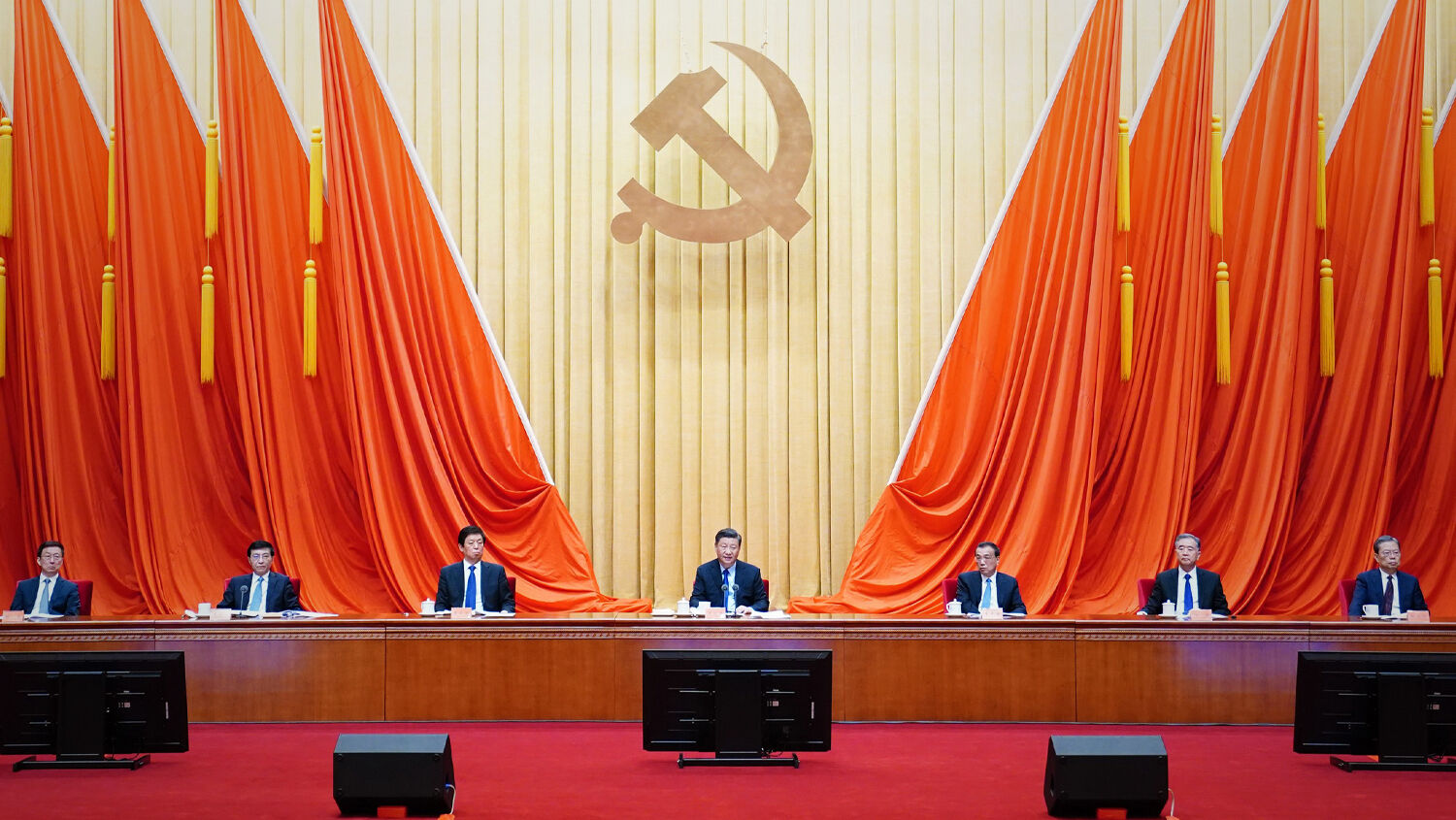 President Xi Jinping speaks at a February 20 meeting of the Chinese Communist Party in Beijing.
Xinhua/Zhai Jianlan via Getty Images

The origins are unknown, but what is becoming obvious is a coordinated, powerful, unscientific bias against anything that implicates the Chinese Communist Party.

A virus—and, more so, governments’ reactions to that virus—has changed the world. German physicist Roland Wiesendanger has conducted an exhaustive study into the origins of that virus. His conclusion is that it indeed originated in a laboratory in Wuhan. After he released his study last week, the professor came under fierce criticism. This is the latest example of powerful people directing critical reporting and investigative journalism resources not toward China but to those whose conclusions implicate China.

On January 15, the United States State Department published a “fact sheet” about the origination of the covid-19 virus in Wuhan, China. Important facts indicated a laboratory accident, yet many people still believe the virus must have somehow originated from a food market rather than from the nearby laboratory that was in the process of experimenting with such viruses.

Former Secretary of State Mike Pompeo and Miles Yu wrote “China’s Reckless Labs Put the World at Risk“ for the Wall Street Journal on February 23, stating: “The Chinese Communist Party is obsessed with viruses. Its army of scientists claim to have discovered almost 2,000 new viruses in a little over a decade. It took the past 200 years for the rest of the world to discover that many. More troubling is the party’s negligence on biosafety.”

It is no secret that China is experimenting with viruses in its labs in Wuhan. China itself has been working hard to cover up the true origins of the virus. This alone should be concerning. Yet so few “experts” are willing to openly discuss evidence of a Chinese government biosafety accident that caused the coronavirus outbreak. The response to Wiesendanger’s study shows why.

Various German media outlets immediately criticized Wiesendanger. Die Welt’s chief science reporter, Axel Bojanowski, said that “the study is not a study; the expert is not an expert; and the result is not a result.” Many have pointed out that Wiesendanger’s study did not fulfill the high expectations of a scientific study.

Yet the primary goal of Wiesendanger’s study was to stimulate a “broad discussion.” What it has stimulated is not further examination but further suppression of evidence. Why is the media not asking critical questions when it comes to a virus that governments have responded to by putting the whole world into lockdown?

Many Germans see little need to oppose China’s growing power. A Kantar Public survey on behalf of the Körber Foundation in May revealed that 36 percent of Germans believe that relations with China are more important than those with the United States. A survey by Infratest Dimap reveals that 77 percent of Germans favored staying out of the conflict should the dispute between China and the United States escalate. Only 17 percent said Germany should stand by the United States in such a situation. Many Germans would rather side with a totalitarian regime than a longtime ally and liberator.

China is rising as a global power. It suppresses its own population, persecutes minorities, threatens surrounding nations, and endangers world peace. Many Germans, however, err on the side of neutrality. (Read “What Happened to ‘Never Again’?” to learn more.) In fact, as current events and Bible prophecy show, Germany is subtly working with China to bring the United States down. Even in the face of a global epidemic that traces back to the Chinese government, Germans are siding with China.

Jesus Christ told His disciples: “Watch ye therefore, and pray always, that ye may be accounted worthy to escape all these things that shall come to pass, and to stand before the Son of man” (Luke 21:36). Biblical prophets, including Jesus Christ Himself, warned that world events would worsen to such a degree that “no flesh” would be saved from destruction (Matthew 24:22). That is why we must watch world events and realize the plain lesson that they are teaching us: Humanity’s only hope is the very solution that nations and individuals have rejected for millennia: God’s government, God’s law and God’s way of life.

Isaiah 23 shows that China and Germany will soon form an alliance to besiege America economically. This coming siege is explained in great detail in Isaiah’s End-Time Vision by Trumpet editor in chief Gerald Flurry. Request your free copy today for a detailed study of what awaits America and all of mankind in the near future. It will give you humanity’s only hope.