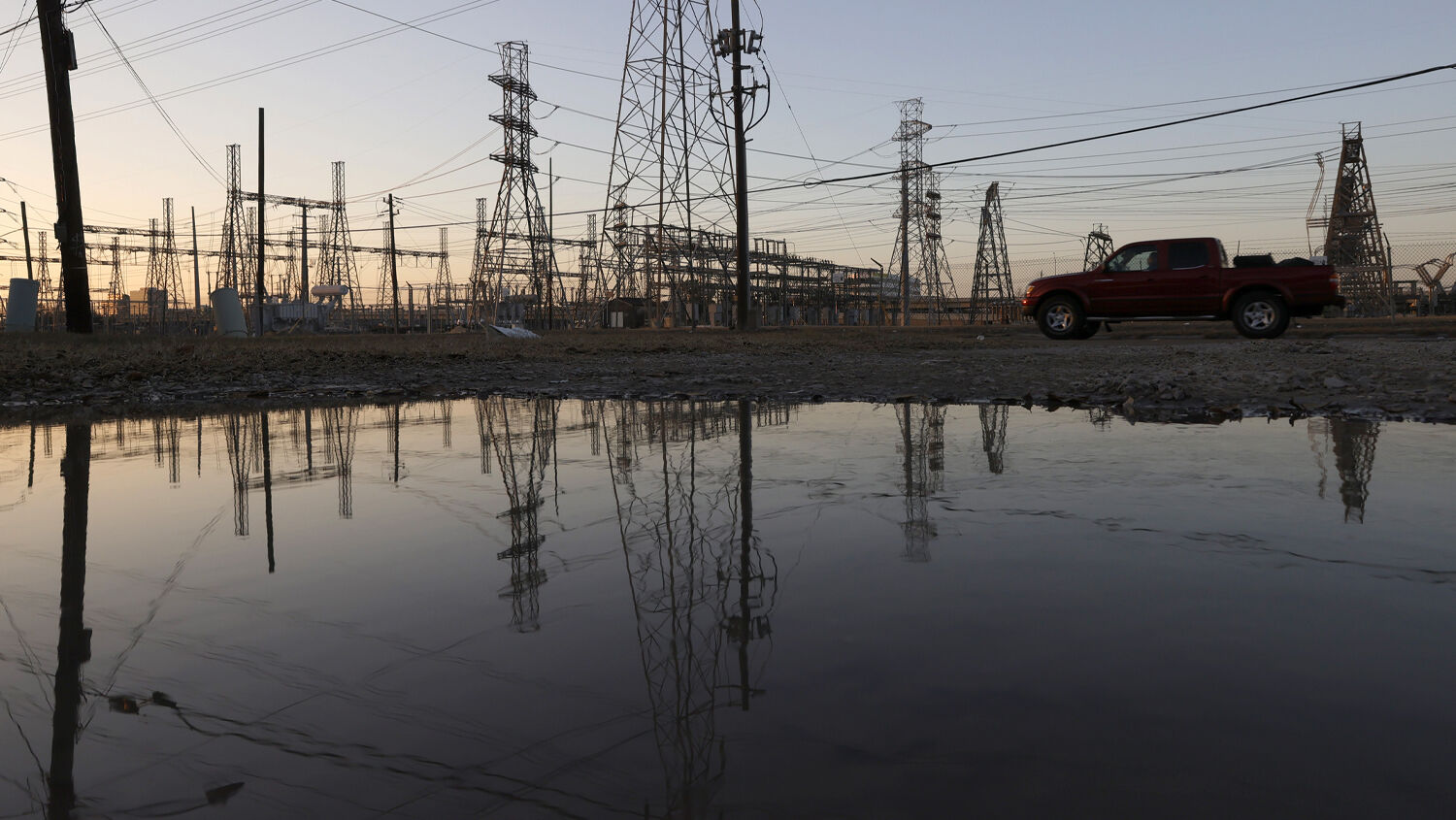 An electrical substation is reflected in water on February 21, 2021 in Houston, Texas.
Justin Sullivan/Getty Images

What would America look like under the Green New Deal? Texas shows you.

February brought the United States a severe winter storm. The Southern U.S., especially Texas, was hit particularly hard. While northern states, more accustomed to dealing with bad winter weather, were prepared with the necessary infrastructure, subtropical Texas wasn’t. At least 58 people have died due to various factors caused by the storm; over half are from Texas.

Texas isn’t a stranger to catastrophic natural disasters. Its Gulf Coast is regularly bombarded by hurricanes. But the winter storm itself wasn’t ultimately the problem; it was Texas’s rickety power grid.

The lower-than-normal temperatures caused many Texans to crank up their central heat. This strained the power grid—right when Texans needed it the most. The overburdened system collapsed under pressure.

Cities like Austin and Houston were under subfreezing temperatures for days without a properly functioning power system. At one point, over 4 million households lacked power. For heat, many used gas stoves. Although gas stoves provide heat, they can also produce carbon monoxide. As of February 18, there were over 500 cases of carbon monoxide poisoning in Houston alone.

The water system also suffered. Because of the lack of power, water purification systems weren’t functioning. The Texas Tribune reported on February 18 that tap water for about 13 million people wasn’t safe to drink. The solution? Boil it for two minutes. But how are people supposed to boil water without power?

The catastrophe was caused by a number of reasons. A lack of preparedness certainly was an underlying cause. Many power plants in the region also are purposely not enclosed by a building. This is due to the threat of extreme heat buildup during the summer. The tradeoff is that the power plants are vulnerable during the winter.

But there is one particular underlying cause of the Texas disaster that is especially significant: green energy.

The Federalist tracked Texas’s electricity generation between February 14 and February 15. The state’s output in megawatt-hours during February 14 at 8 p.m. was as follows:

Since 2010, wind power has grown to make up 25 percent of Texas’s electrical grid on average. This lessened the state’s dependence on fossil fuels, and three coal plants shut down in the same time period. This despite the state’s growing population increasing its electrical needs by 20 percent.

Texas faced a similar energy crisis amid unusually cold weather in 2011, when wind power made up around 6 percent of the electrical grid. The effects on the state then, including loss of life, were similar. So we can’t point the finger only at wind turbines for all the problems the state is going through.

But still, it can’t be denied that the collapse of the state’s wind turbine system was a major nail in the electrical grid’s coffin. After all, crippling the source of 25 percent of your energy is significant.

Whether people like to admit it or not, “clean” energy sources like wind power or solar power are not nearly as reliable as fossil fuels. Wind turbines are useless without wind. Solar panels don’t generate anything when the sun is not in the sky—as in, every night.

That’s not to say renewable energy is always the wrong answer. British Columbia gets most of its power from hydroelectricity—damming a river and using the river’s power to turn a turbine—for example. British Columbia has many rivers snaking its landscape. It has a lot of hydroelectric dams. And it’s flush with energy.

Texas gets its energy best from fossil fuels. It is by far the largest oil-producing state in the Union. Major oil companies like Texaco and Shell Oil Company (Royal Dutch Shell’s U.S. subsidiary) are headquartered there. So why is the state moving away from its traditional energy sources to a far less reliable source?

Why is everybody transitioning from fossil fuels to “clean” energy? To combat “climate change.” Because man’s burning of fossil fuels is supposedly killing the planet. Climate change is the invisible boogeyman credited with the responsibility of everything from hurricanes to wildfires to avalanches to earthquakes to tsunamis to volcanic eruptions.

The latest disaster in Texas shows what we could expect if the Green New Deal were implemented nationwide. We could expect frequent but unpredictable power outages affecting millions of people. We could see energy being rationed. We could see a reversal of the large-scale industrialization the world has seen for the past 200 years.

In other words, we could see a dramatic restructuring of the American economy—backward.

Actually, the Green New Deal is far more about economics than anything to do with the environment.

“What is happening here is not about the environment,” wrote Trumpet editor in chief Gerald Flurry in “What the Paris Climate Agreement Was Really About.” “It is about destroying the United States. … Climate change has become something like a religion for the radical left. They believe it as an article of faith regardless of the evidence. It is a tool they are using to increase their control.”

Because of this, “environmental” politicians continue to push energy solutions that don’t make sense. Texas’s winter crisis is the result.

For more information, please read “What the Paris Climate Agreement Was Really About.” Also read Trumpet contributor Andrew Miiller’s article “Greenhouse Apocalypse” to learn the full facts of climate change and why you’re not hearing the full story from climate activists.