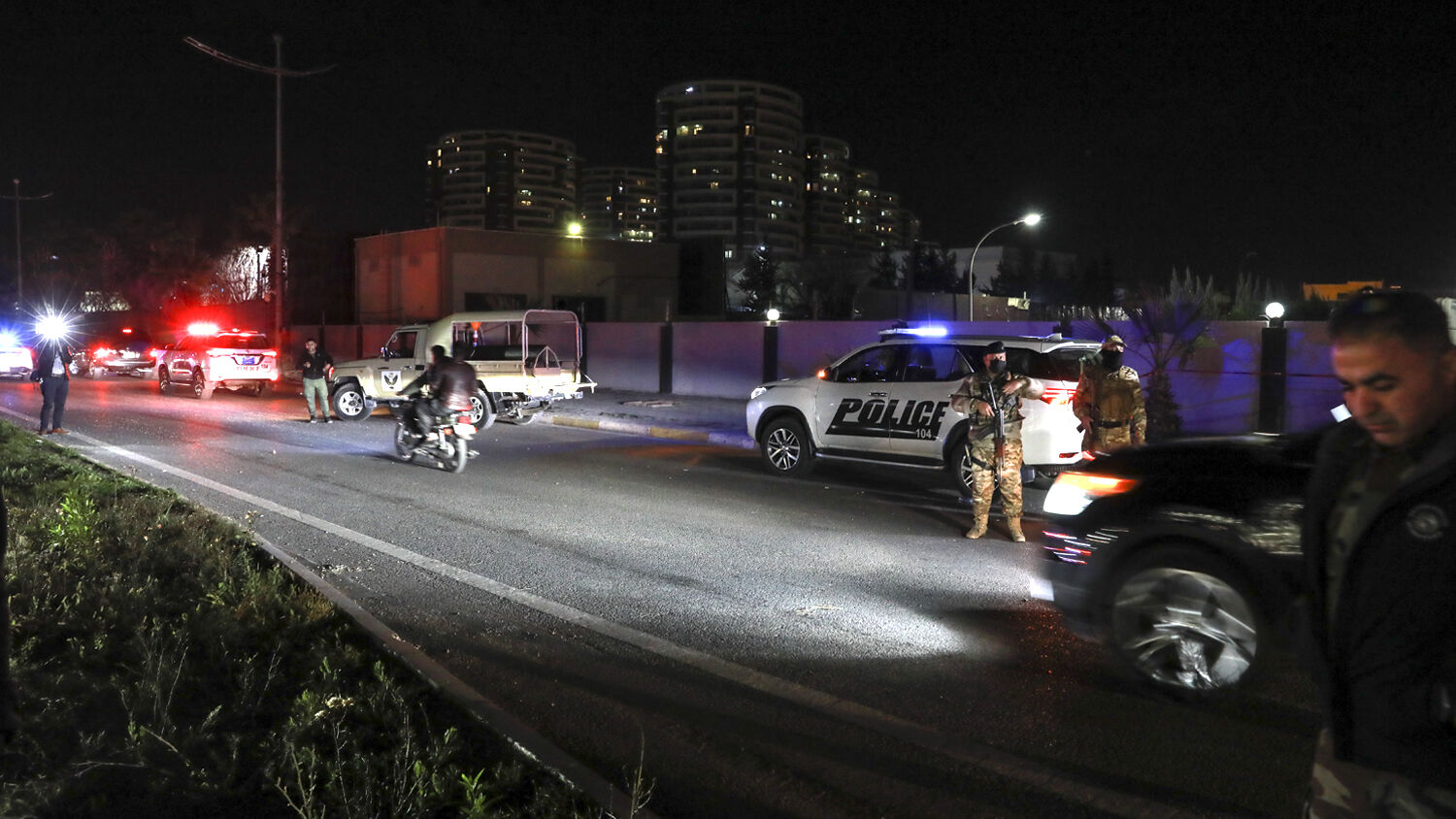 A recent attack on a base housing U.S. and coalition forces at Erbil International Airport raises questions about who is responsible.

A February 15 rocket attack on United States’ troops in northern Iraq killed one civilian contractor and injured several others, including one U.S. serviceman and several American contractors. While approximately 14 rockets were lobbed at the U.S. airbase in Erbil, only three landed inside the base. The other rockets fell on nearby residential areas in this Kurdistan capital city.

The small, pro-Iranian group Awliya al-Dam, or the Guardians of the Blood, claimed responsibility for Monday evening’s attack. The rockets were launched about 4 miles from their intended target. The Kurdistan regional government released photos of the car and rocket launchers used in the attack. The photos showed typical Iranian-style 107-mm rockets.

The rockets that struck U.S. forces at a base in Erbil on Monday night destroyed this contractor living facility, killing one—U.S.-employed but not a citizen—and wounding four others, some American. You can see the mangle of bunks inside. Contractors here are shook up and sad. pic.twitter.com/5SiHsfu88x

Awliya al-Dam is one of many pro-Iran militias. Similar to Hezbollah in Lebanon, many of these Iraqi militias have become a state within a state, with their agenda in line with Tehran’s. Recent attacks in Iraq have mostly been from Iran-backed groups actively trying to push U.S. forces out of the region. The U.S. is already paring down its troops; only 2,500 remain in Iraq, most of which are stationed at Erbil.

In October 2019, Iraq’s top cleric called for the disbanding of all militias, a near-impossible task. And since the U.S. killed Kataib Hezbollah leader Abu Mahdi al-Muhandis in January 2020, the militias have shifted tactics to include multiple smaller groups to carry out attacks. Essentially, hard-core terrorists are now dispersed in many new groups, all branded under new names. This could be Awliya al-Dam’s origination.

Iran has denied any ties to the attack, but considering the region’s history of attacks, this seems unlikely to be true.

This has been the most serious attack on the U.S.-led coalition since Joe Biden took office, and likely it is a direct provocation to test his policy on Iran. The Middle East, and especially Iran, is watching to see what he will do.

In December 2019, a U.S. civilian contractor was killed in a rocket attack in Kirkuk, Iraq. U.S. President Donald Trump had said previously that the death of an American civilian was a red line. Mr. Trump retaliated with a drone strike that killed Iranian Gen. Qassem Suleimani and Iraqi Shiite militia leader Abu Mahdi al-Muhandis. Another rocket attack in March 2020 received further U.S. retaliation from President Trump.

This most recent attack puts pressure on Mr. Biden, especially as he is working to reenter the 2015 nuclear deal with Iran.

The U.S. State Department said it was outraged by the attack in Erbil. Secretary of State Antony Blinken said, “Certainly we’ve seen these attacks in the past. We’ve seen Iraqi militia, Iranian-backed militia in many cases, be responsible. But to date, it’s too early to know who is responsible for this one.” When asked about a possible U.S. retaliation, White House press secretary Jen Psaki said that Biden “reserves the right to respond in the time and the manner of our choosing. … But we’ll wait for the attribution to be concluded first before we take any additional steps. … I will convey to you that diplomacy is a priority with this administration.”

While the U.S. waits for a formal attribution of who is responsible, the Middle East and Iran are taking note.

It’s no secret that Iran wants America out of Iraq. Awliya al-Dam said its attack was in response to the “American occupation” in Iraq.

Since 1992, Trumpet editor in chief Gerald Flurry has warned of an Iranian takeover of Iraq. In 2017, when America was celebrating its victory against the Islamic State, Mr. Flurry said, “America may have helped drive the Islamic State out of Iraq and Syria—but now America is about to be driven out of Iraq and Syria by Iran! We are about to see a vicious turnaround. In many ways, it has already started.”

With each attack, America’s presence in Iraq is made weaker. Iran is pushing hard with its nuclear program, recently testing a new nuclear-capable missile. And with Biden ending support for Saudi Arabia and the United Arab Emirates against the Houthis, Iran is surely salivating at the thought of gaining control of Iraq and Yemen.

To understand more about Iran’s goal to push the U.S. out of Iraq, please request a free copy of The King of the South. For additional reading on America’s dwindling presence in Iraq, please read Jerusalem correspondent Brent Nagtegaal’s article “America Threatens to Evacuate Its Largest Diplomatic Mission on Earth.”