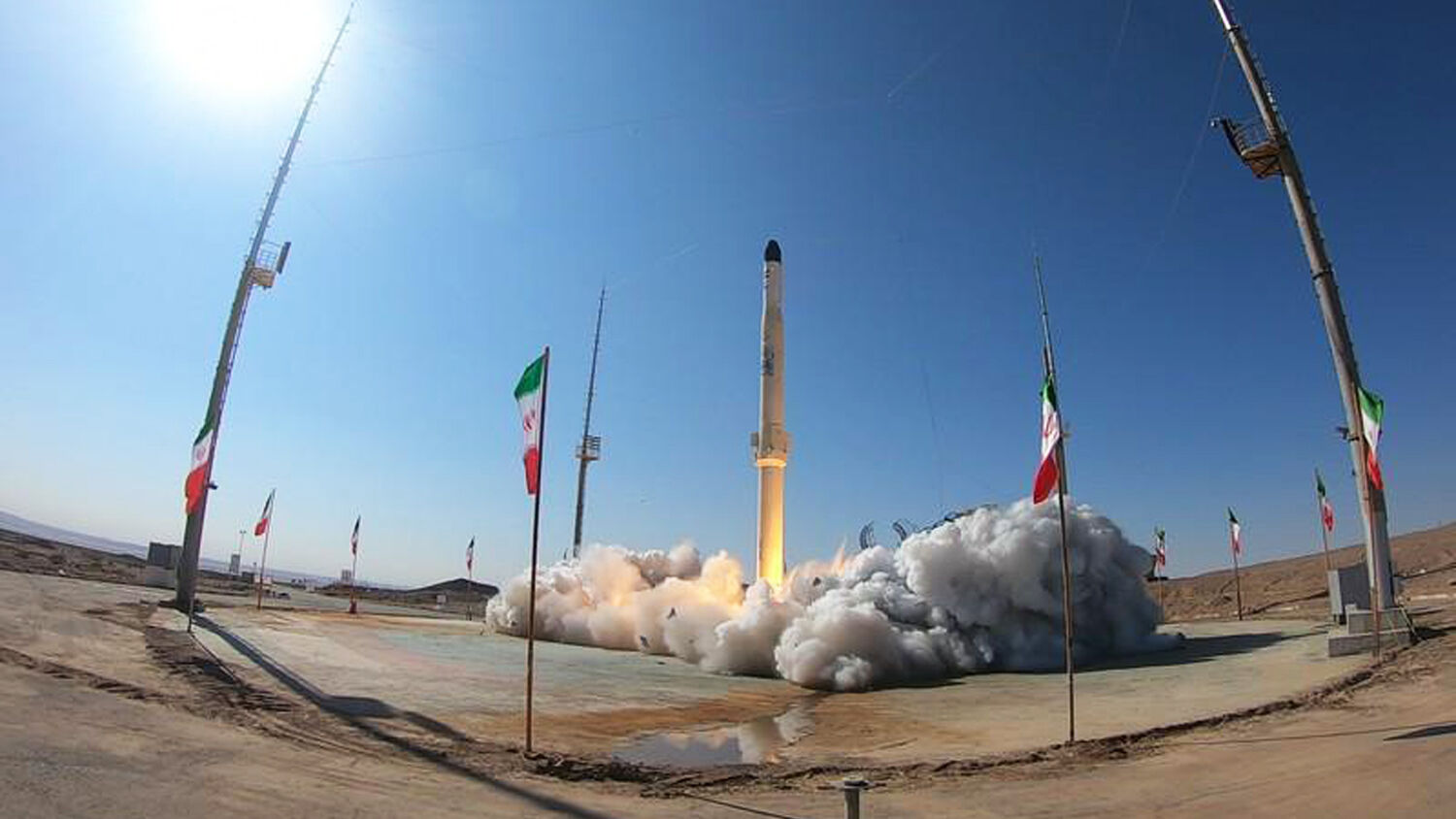 Is Tehran’s space program a front for nuclear ambitions?

Iran tested a new rocket on February 1 intended for sending satellites into orbit. The rocket’s technology could be transferred in to Iran’s controversial nuclear missile program. Analysts see this as Tehran “flexing its muscles” in the face of new United States President Joe Biden.

The rocket, Zuljanah (named after the horse of Mohammed’s grandson), can send satellites 310 miles into orbit. Tehran claims that the rocket launch was for civilian purposes. But the rocket’s technology can easily be converted for military use.

#Iran’s Defense Ministry has unveiled a new domestically-designed and manufactured satellite launch vehicle called #Zuljanah capable of putting satellites into an orbit of 500km above the ground.#ذوالجناح pic.twitter.com/u0ElFs5LxK

It contains the largest solid-fuel-propelled motor Iran has ever displayed. Intercontinental ballistic missiles usually use solid rather than liquid fuel. Most of Iran’s previous space program launches used rockets with liquid fuel.

The rocket can carry a satellite up to 485 pounds. The U.S. has nuclear warheads that weigh as little as 287 pounds. Its thrust is 75 kilotons, way more than what would be necessary to send a satellite into orbit.

Zuljanah can also be launched from a mobile platform. Considering that changing locations for a launch site isn’t that important for space exploration, one has to wonder why the Iranian government felt it necessary to develop this.

Iran claims that its space program, like its nuclear program, is peaceful. Yet the history of the program proves otherwise. It wasn’t Iran’s civilian space agency that oversaw the launch, but the Defense Ministry.

This isn’t the first time Iran’s Defense Ministry has made a breakthrough in space technology. Last April, Iran proclaimed the launch of its first military satellite. Named Nour-1 (“Light-1”), the satellite’s rocket also used solid fuel. Not long after the launch, Nour-1 took photographs of a U.S. air base in Qatar and monitored targets during military practice in the Persian Gulf.

“Today, the world’s powerful armies do not have a comprehensive defense plan without being in space,” said Islamic Revolutionary Guard Corps Commander in Chief Hossein Salami. “Achieving this superior technology, which takes us into space and expands the realm of our abilities, is a strategic achievement.”

Iran made history last decade, becoming the ninth country in the world to send objects into outer space. The threat of space warfare used to be something exclusive to America and Russia. The fact that Iran has a space program that makes Washington nervous shows how formidable it is becoming. Other Middle Eastern dictators, from Saddam Hussein to Muammar Qadhafi, didn’t make America tremble.

That’s because Iran is no ordinary Middle Eastern dictatorship.

The particular stream of Islam Iran follows is called “Twelver Shiism.” One of the main tenets of the faith is that in order for the “twelfth imam,” or the Muslim messiah, to return, faithful followers have the responsibility of creating as much chaos as possible. What could cause more chaos than a nuclear war?

One of the most worrying aspects of Iran’s growing power is its flirtation with nuclear weaponry. Iran has had a nuclear program of its own for many years. Information leaks have shown that Iran, while publicly stating that its program is purely for energy use, actually wants other nations to know it could be a nuclear threat. In May 2011, the International Atomic Energy Agency reported that Iran had worked on developing a trigger for a nuclear bomb. Yet the U.S. “superpower” has not only allowed Iran to continue sponsoring violent terrorism, it has, through a nuclear accord negotiated in 2015, virtually guaranteed that Iran will become a nuclear-armed state!

Iran is far closer to obtaining a nuclear weapon now than it was in 2016, when this booklet was updated. U.S. Secretary of State Antony Blinken recently said Iran’s quest to obtain enough material to create a nuke could be “weeks away.”

What will happen when Iran gets a nuclear bomb?

Compare Iran with another nuclear dictatorship: North Korea. North Korea has had nuclear weapons for decades now. It is a basket case regime with one of the most unpredictable leaders in the world. It actively threatens war with the U.S. But it hasn’t launched a missile yet. Among the reasons Pyongyang wants nuclear weapons is to deter an American invasion.

Iran is surrounded by nuclear states, like Israel, Turkey and Pakistan. But Zuljanah’s range, if deployed as a missile rather than a rocket, is roughly 3,100 miles—enough to reach Britain. Europe isn’t threatening Iran with nuclear war—at this point. Threatening countries with nuclear weapons like Britain, France, Italy or Germany seems an unnecessary provocation. That is, unless one realizes that Iran wants to provoke a nuclear conflict.

Recently, an Iranian diplomat was charged to 20 years in prison for orchestrating a bombing in Paris. Not an Iranian citizen, but an Iranian government official. It’s the government itself that wants war. And it wants Europe in its crosshairs.

Europe can’t sit idly by while Iran’s saber-rattling gets louder and louder.

Twelver Shiism isn’t the only faith to believe in a time of imminent chaos. Matthew 24:21-22 speak of a “great tribulation” so dangerous that, if not cut short, “there should be no flesh saved.” Daniel 12:1 speaks of “a time of trouble, such as never was since there was a nation even to that same time.” Habakkuk 3:16-17 speak of a military conflict that stops plants from growing and wipes out animal populations. The vision the Prophet Habakkuk saw was so terrifying that his “belly trembled.”

Iran’s race to get nuclear weapons—and Europe’s response to it—is at the heart of this coming catastrophe.

To learn how and why, please request your free copy of The King of the South.