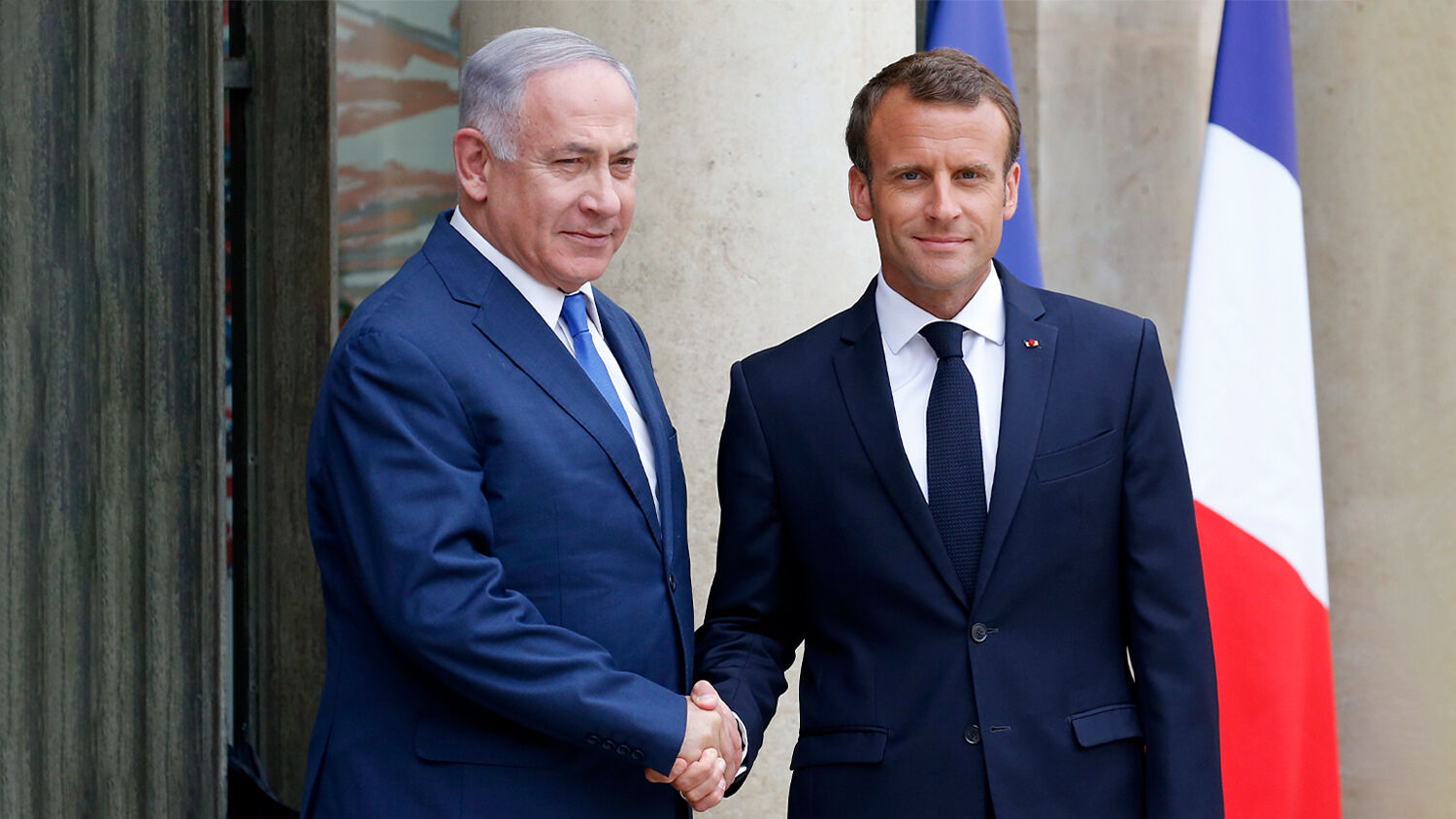 An uncommon partnership against a common enemy

Israel and France are working toward closer cooperation. In light of the “cold shoulder” from the United States, some Israeli policymakers believe their government should explore partnerships with European nations. However, the most urgent cause for this line of thinking is not America—it is Iran.

“This might be the time for Israel to look at upgrading and revamping ties with France,” stated a Jerusalem Post opinion article published February 14.

France’s national interests in the Middle East currently “dovetail with Israel’s,” wrote Oliver Rafowicz, a retired spokesman for the Israel Defense Forces, in a position paper published in September for the Jerusalem Institute of Strategy and Security (jiss).

Why is Israel looking to France as a potential ally?

“Macron is the only leader actively confronting Turkish policy in the eastern Mediterranean and not just posturing against it,” wrote Rafowicz. “In doing so, he has made France an effective ally of Egypt, the [United Arab Emirates] and Israel.”

European nations, especially France and Germany, have been supplying Arab states with weapons for years. They have trained their border guards, police and soldiers. Now that many moderate Arab states have normalized relations with Israel, France is freer to work with the Jewish state without losing the influence it has always sought in the Arab world.

“France should take a fresh look at the benefits of closer relations with Israel,” suggested Rafowicz. “In turn, Israel should take the initiative in creating a formal/informal framework for bilateral talks, possibly complemented later by a multilateral framework including Greece, Cyprus, the United Arab Emirates and Egypt.”

Israel also perceives that French leaders are getting tougher on Iranian radicalism.

“There are very important French positions that congeal with ours on Iran and Turkey,” jiss vice president Eran Lerman told the Jerusalem Post. Israel “needs to be more closely coordinated with Paris.”

After terrorists killed three people at a church in Nice in October 2020, France toughened its laws on radical Islamic networks on its soil. Its new law against “separatism” has resulted in the closure of nine mosques as of January 16, reported French media.

French Foreign Minister Jean-Yves le Drian visited Saudi Arabia January 16 and 17 for talks with his counterparts in Riyadh. They discussed the Iran-backed Houthi militia in Yemen, which U.S. President Joe Biden removed from America’s list of terrorist entities on February 16.

It is not known if le Drian discussed Iran with his Saudi counterparts. However, speaking to le Journal du Dimanche shortly afterward, he addressed Iran’s continued violations of the nuclear agreement, stating that Iran “is in the process of acquiring nuclear capacity” for its weapons, and that this “has to stop.”

Iran-backed extremism is meeting stiffer resistance in other European nations as well. In a first for the Continent, a Belgian court convicted an Iranian diplomat, Vienna-based Assadolah Assadi, of attempted terrorism on February 4. Assadi had attempted to bomb a rally of exiled Iranian anti-regime activists in Paris. He was sentenced to 20 years in prison. Prosecution lawyer Georges-Henri Beauthier said the case demonstrated that “a diplomat doesn’t have immunity for criminal acts.” He recognized “the responsibility of the Iranian state in what could have been carnage.”

Although as of now both France and Israel share a desire to stop Iran and its terrorist proxies, France has not always been the most reliable of partners to the Jews.

In the years before the Six-Day War, French fighter jets comprised the core of the Israeli Air Force. However, when it became apparent that war was coming, France abandoned Israel in favor of the Arabs. President Charles de Gaulle imposed an arms embargo, preventing the delivery of 50 fighter jets and a fleet of torpedo boats that Israel had already paid for.

Today, France frequently criticizes Israel through the United Nations and the European Union. Despite no appreciable change in French attitudes, Israel seeks to increase its cooperation. The same is true for Israel’s relations with Germany. While German and Israeli air force personnel continue to hold drills and train together, Germany is experiencing its highest levels of anti-Semitic crimes since recordkeeping began in 2001.

Will Israel’s efforts to overlook this and forge stronger relations with Europe lead to peace?

The Trumpet pays close attention to Israel’s rapprochement with Europe because it fulfills a key Bible prophecy for the time just before Jesus Christ’s return.

“When Ephraim saw his sickness, and Judah saw his wound, then went Ephraim to the Assyrian, and sent to king Jareb: yet could he not heal you, nor cure you of your wound” (Hosea 5:13). “Assyria” here corresponds to modern Germany.

It’s important to note, the United States is not mentioned in this prophecy. Although the U.S. is still active in the Middle East today, this prophecy describes a time when American forces will have withdrawn. This leads Israel to turn to Germany, which will be leading a 10-state European superpower that France will most certainly be part of. (For more information, read Germany and the Holy Roman Empire.) The State of Israel will look to Germany and Europe for help in dealing with this wound.

What is this wound? Trumpet editor in chief Gerald Flurry explains in his booklet Hosea—Reaping the Whirlwind, “[T]he deeply flawed peace process [is] ‘Judah’s wound’ …. This delusional pursuit of peace through compromise has been an unparalleled disaster for Judah!” The failure of Israel’s peace process with the Palestinians will lead it to call on Germany and Europe for help.

Today, Israel is already looking to cooperate more closely with Europe against Iran. You can expect that cooperation to further deepen as we near the fulfillment of Hosea 5:13.

A German-led Europe will step in, but the peace will be short-lived. Prophecy shows that Europe will execute a shocking betrayal and attack Israel. Mr. Flurry calls this “one of the biggest double crosses in the history of man!” The Bible says it will lead to the worst time of suffering ever known (Daniel 12:1).

Lasting peace will not be brought by Europe, the United States or any government of man. Yet it will come to Jerusalem, Washington, Paris, Berlin—and the entire world. To find out how, read our free booklet Jerusalem in Prophecy.