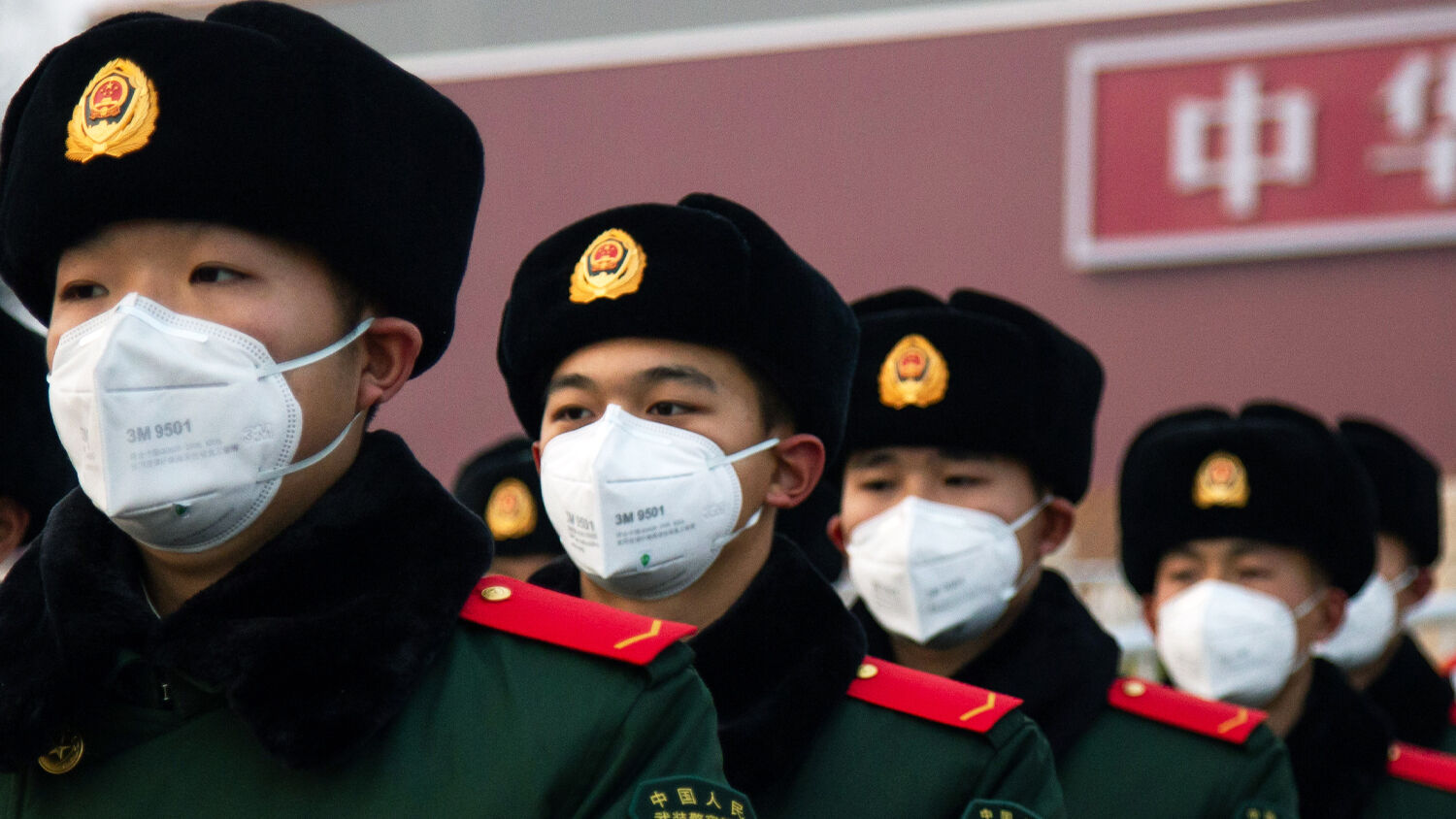 This could be the year China invades Taiwan. That is the opinion of Peter Jennings, executive director of the Australian Strategic Policy Institute. As the Trumpet reported recently, 2020 was a record year for Chinese incursions into Taiwanese territory. This increased belligerence led Jennings to report to a United States congressional inquiry on China: “This gives rise, in my view, to a possible major crisis on Taiwan or the East China Sea in 2021.”

China’s aggression toward Taiwan strengthened in January 2021. China conducted military exercises near the Taiwan Straits 30 out of 31 days, with multiple incursions into Taiwanese airspace on some days, according to the Taiwan-based Liberty Times. On January 23, during one of those occasions, several Chinese warplanes even simulated an attack on the U.S. aircraft carrier uss Theodore Roosevelt, which was sailing near Taiwan. Although the aircraft remained 250 nautical miles away from the carrier and escort ships at all times, the Financial Times reported, “[p]ilots of H-6 bombers could be heard in cockpit conversations confirming orders for the simulated targeting and release of antiship missiles against the carrier.”

All this comes at the same time China is openly threatening war with Taiwan. On Thursday, January 28, Chinese Defense Ministry spokesman Wu Qian said that Taiwan is an inseparable part of China—“independence means war.”

The increased provocation is seen by many as China testing America’s new administration. Although U.S. Secretary of State Antony Blinken has said there is “no doubt” China poses the greatest threat of any nation to the U.S., only recently has the U.S. begun to show any force in response to China’s actions. Up to now, a handful of statements have been made by the U.S. government calling on China to tone down its aggression. In response, Chinese media mocked the statements, calling them a “joke.”

On January 31, Taiwan’s Defense Ministry reported that six Chinese fighter aircraft and a U.S. reconnaissance aircraft entered the southwestern corner of Taiwan’s air defense identification zone. This is the first time Taiwan had reported the presence of American military aircraft since September 2020. For the United States to be flying aircraft in the same region is a clear indication of just how serious the threat to Taiwan is.

China is making clear that it intends to control Taiwan, using whatever means necessary. According to a report by NikkeiAsia:

On January 17–18, … Chinese officials in Beijing held a meeting on Taiwan policy. In an apparent warning to the U.S., Wang Yang, chairman of the Chinese People’s Political Consultative Conference, told the meeting that China “will not allow any individual or force to separate Taiwan from China in any way.”

China has also made some not-so-subtle vocabulary changes. The meeting did not propose a “peaceful unification” with Taiwan or implementing a “one country, two systems” for the island if they were to be unified.

The ditching of the “one country, two systems” comes after the principle became a sham in Hong Kong as Beijing enforced a new national security law on the territory. But the principle was originally proposed by China as a model for its peaceful unification with Taiwan.

The omission of “peaceful unification” in regard to Taiwan naturally hints at something else, unification by force.

As a small island home to only 23 million people, Taiwan is no match against China. The island has retained its autonomy for the past 70 years largely due to the United States. American power has been the guarantor of Taiwan’s continued existence. That is why many analysts say that America needs to take a stand against China’s aggression, or Taiwan will be absorbed back into China—by force.

Will America continue to stand by Taiwan? Since the 1950s, we have seen a continued erosion of American power and the will to use it. In recent years, America has been withdrawing from the world scene. The Trumpet forecasts that this trend will continue. The United States has put itself in a compromising position between China and Taiwan. While it wants to stand up for freedom and democracy, it is increasingly dependent on China. More and more of America’s government, including Joe Biden, is beholden to China.

More than 20 years ago, Trumpet editor in chief Gerald Flurry wrote that Taiwan’s days as an independent nation were limited. At the time, U.S. President Bill Clinton became the first president to publicly oppose Taiwanese independence. He did not want to offend the Chinese in any way. Mr. Flurry wrote in 1998, “We not only betray the Taiwanese, we betray our own ideals of freedom. America has been thinking this way so long that few people are concerned.”

That thinking has only gotten worse. Many of America’s elites no longer care about the founding principles of American democracy; they care about money and power. If you haven’t read the cover story from our February issue of the Trumpet, “Wake Up to the Threat From China,” be sure that you do. It proves what Mr. Flurry wrote more than 20 years ago: America has betrayed its own ideals. And China is using America’s own greed, selfishness and shortsightedness against them.

In his article from 1998, Mr. Flurry strongly criticized America for betraying its founding ideals:

How about God? Is He concerned? The Bible prophesied that God would “break the pride of our power” in this end time (Leviticus 26:19; Daniel 9:13-14). Once again, America has showcased its broken will to the whole world. Check your history books and see if this is not unprecedented in the history of any other real superpower. Does the world have any fear of this “superpower”? Are we still a “superpower”? Write for our free booklet The United States and Britain in Prophecy.

God also prophesied about our “lovers” betraying us, unless we repent. God is a God of justice. If we betray others, it is justice that we also be betrayed. Perhaps it is the only way we can learn how horrifying betrayal is.

We can begin to understand this betrayal by fully trying to learn how the people of Taiwan feel about our president’s visit to China. Could we give them a fraction of the attention we recently gave China?

Time has proved that forecast true. 2021 could be the year Taiwan is invaded by China. It could also be next year or the year after. We don’t know for sure. But we do know it will happen. And when it does, remember who told you it would happen, and remember why it happened: because of a pitifully weak-willed America.