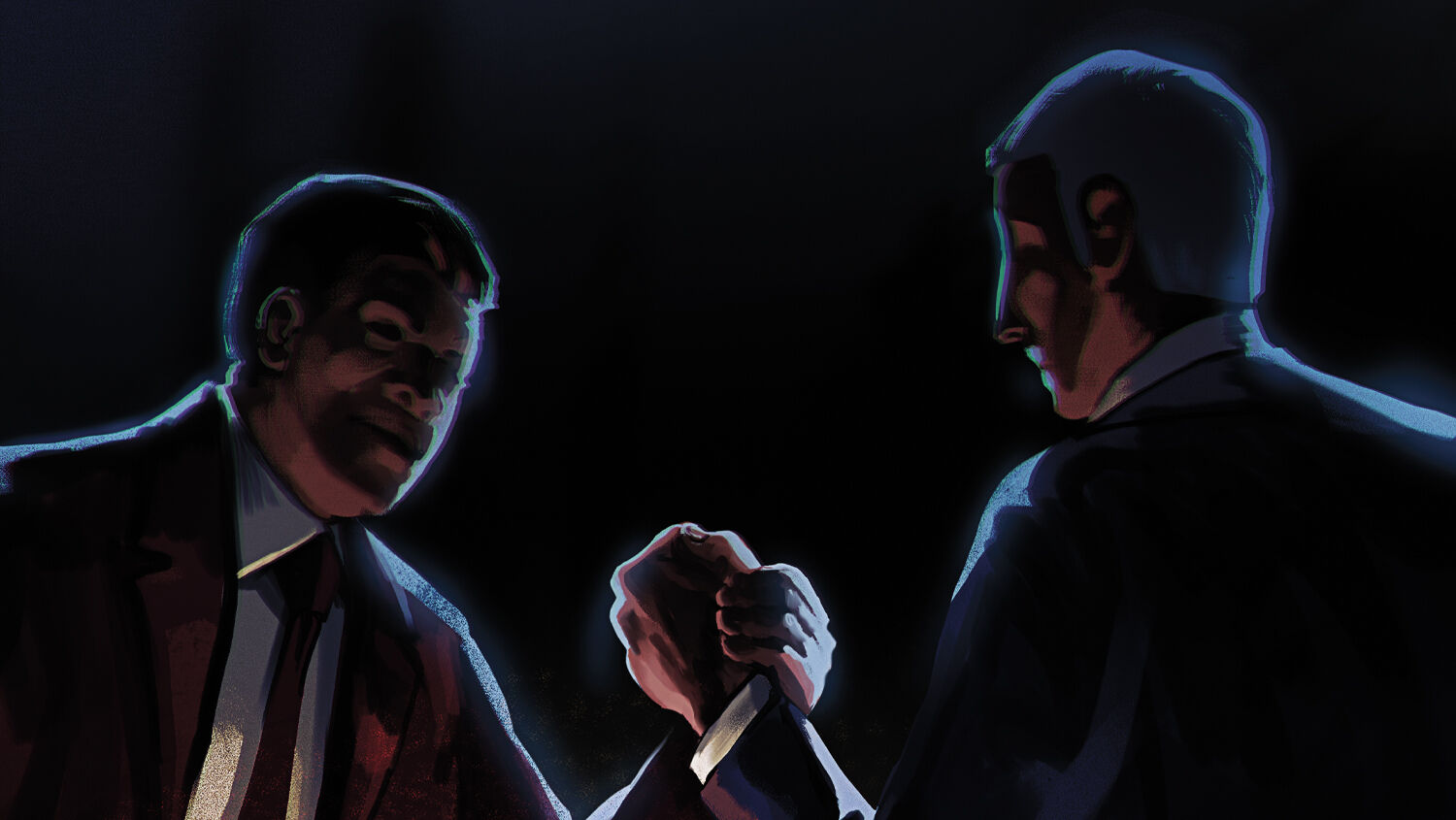 The deal was dead. It was the end of 2019 and China’s foreign minister was in Brussels, but he said his nation was not planning to sign an investment deal with Europe that had been in the works since 2013. China was a “developing economy,” he said, and should not be held to the same standards as the developed European economy.

But on Dec. 30, 2020, Chinese President Xi Jinping conducted a video conference with German Chancellor Angela Merkel, French President Emmanuel Macron and other European Union leaders. Afterward they released a bombshell announcement: “The EU and China concluded in principle the negotiations for a Comprehensive Agreement on Investment.”

This meant two of the most powerful trading blocs on the face of the planet were more deeply integrating. The ramifications are potentially world-changing.

So why the change in heart by the Chinese? Why, after seven years of foot-dragging, did Chairman Xi make a rare personal intervention to jump-start this deal? Why did the Europeans, who present themselves as champions of human rights and fair labor, agree to more deeply intertwine their economy with that of the brutal Chinese Communist Party?

And what does this mean for the United States and the rest of the world? What does it mean for you?

For decades, if a European firm wished to operate in China, the governing Chinese Communist Party required it to set up a joint venture with a Chinese company and share its intellectual property and sensitive technology. This was an appalling requirement. But if EU companies wanted access to the enormous and growing Chinese market, they had no choice.

Under this new Comprehensive Agreement on Investment, the Chinese have agreed to end this requirement for European firms in certain industries. They also agreed to level the playing field for Europe in industries such as automotive manufacturing, computing services and health, and to take the mask off some of China’s notoriously secretive government subsidies. China also made some vague pledges to improve its labor rights.

These are massive concessions for the Chinese to make. In fact, the European Commission called the deal “the most ambitious outcome that China has ever agreed with a third country or economy.” So why did the Chinese agree to discontinue these strategies, when they built their economic might on them?

Over the last year, the United States, the United Kingdom and Australia have sounded the alarm over China: Its human rights abuses in Xinjiang, illegal crackdowns on Hong Kong, bullying of Taiwan, takeover of the South China Sea, technology theft, unlawful trade practices, deceitfulness regarding coronavirus, killing of Indian soldiers, predatory loans to poor nations, “wolf warrior” diplomacy, and more. These English-speaking nations sought to convince European and other countries to work with them to pressure China. They want China—by some measures already the world’s largest national economy—to adopt the same liberal, rules-based international economic standard that they themselves follow. For a time, it seemed to be working. In late November 2020, the European Union said the U.S. and EU should establish dialogue to discuss “the strategic challenge presented by China’s growing international assertiveness.”

The Chinese Communist Party feared that the Americans would pull in the Europeans and increase pressure on it to either give up its oppressive tactics or be isolated from the West. Compounding this fear was Xi’s belief that Joe Biden would become U.S. president and work to strengthen trans-Atlantic ties. It was this fear that prompted the Chinese to agree to the concessions to Europe. It spurred Xi Jinping to personally intervene to help clinch the Comprehensive Agreement on Investment.

And it worked. Reinhard Bütikofer, chairman of the European Parliament’s delegation on China, told the Financial Times that the deal enables China to “drive a huge wedge between the U.S. and Europe.”

But why did Europeans make the deal?

Uyghurs are Muslims from China’s Xinjiang region. The Chinese Communist Party has been trying to subdue them for decades. In the last five years, its crackdown has escalated to a degree that is hard to imagine. The Chinese have pulled 1 million or more Uyghurs from their homes and put them in more than 1,000 concentration camps in Xinjiang. The regime is subjecting them to brainwashing, torture, sexual abuse, sterilization, starvation and death (article, page 20).

Using satellite imagery and on-the-ground reporting, the Australian Strategic Policy Institute revealed that more than 80,000 detainees have been bused around to various parts of China to provide what amounts to slave labor. It wrote: “[F]actories across China are using forced Uyghur labor under a state-sponsored labor transfer scheme that is tainting the global supply chain.”

This means some goods on shelves in Europe, America and around the world came from the hands of slaves!

Europe’s leaders often portray themselves as champions of human rights and international labor standards. They are famous for their regulations. The Chinese regime, by contrast, is famous for its abuses of its own people. Europeans are well aware that these abuses now include enslavement of Uyghurs. In September, Angela Merkel accused China of “poor and cruel treatment” of “minorities in China.”

European leaders have shown that they care less about how many Uyghurs are detained, tortured or forced into labor than about revitalizing Germany’s automobile industry and otherwise enriching themselves.

Merkel, Macron and other European leaders are also well aware of China’s unlawful crackdown on Hong Kong and other browbeating behaviors. Merkel said it all gives her “deep concern.”

But this concern was not enough to stop her from playing a key role in finalizing the deal and pressuring other EU leaders into sealing it.

The Europeans argued that doing a deal with the Chinese Communist Party will “discipline the behavior” of the regime and compel it to “act in accordance with commercial considerations,” thereby helping Chinese minorities. Under the terms of the deal, China has pledged to “work towards” adopting international labor norms. But back in 2001 when China joined the World Trade Organization, it made nearly identical promises—and has never fulfilled any of them. It is ludicrous to say this time will be different. As Shi Yinhong, an adviser to China’s State Council, told the Financial Times, “On labor, it’s impossible for China to agree. Can you imagine China with free trade unions?” (January 4).

It’s imaginable, but not with the Chinese Communist Party in power.

By signing this deal, Europeans tacitly signed off on China’s abuses of its people and myriad other crimes. Entering the agreement makes their statements about “concern” ring just as hollow as China’s promises to consider maybe trying to sort of imagine changing some of its abuses.

European leaders have shown that they care less about how many Uyghurs are detained, tortured, forced into labor or killed than they do about revitalizing Germany’s automobile industry and otherwise enriching themselves by expanding their access to Chinese markets.

The Europeans were also driven by a desire to reduce their dependence on America.

After meeting U.S. President Donald Trump in Hamburg in 2017, Merkel said Europe could no longer rely on America and should “take control of its own destiny.” The decision to turn a blind eye to China’s malevolence and sign the Comprehensive Agreement on Investment shows just how determined EU leaders are to break with America and chart their own course.

The fact that it happened quickly even while Europe anticipated an imminent Biden presidency shows that EU sentiments have expanded beyond anti-Trump. They have become anti-America.

To see Europe compromise so shamefully by making this deal with China may seem surprising. But this is actually the kind of development we should expect to see more and more of, if we understand Bible prophecy.

Around 2,700 years ago, the Prophet Isaiah discussed an immensely powerful multinational trade alliance that would develop in our time. And he listed who its main members would be.

In Isaiah 23:1, he names one of them as “Chittim.” Trumpet editor in chief Gerald Flurry writes, “Kittim is synonymous with the Chittim of Isaiah’s prophecy. … After their migration through Central Asia, the Kittim made their appearance in modern-day northeastern China and Mongolia …” (Isaiah’s End-Time Vision). So this name indicates modern China.

Isaiah’s prophecy goes on to say that “Tyre” will also be a major player in this trade bloc. Mr. Flurry explains what this name signifies: “The spiritual center of the [modern European] Holy Roman Empire is called Babylon in your Bible (Revelation 17:5; 18:1-3). But here in Isaiah, the Bible refers to Tyre (and its allies Zidon, etc) as the commercial center of this European power.”

Isaiah 23 and a companion passage in Ezekiel 27 show that Russia and Japan will also join this globe-girdling economic bloc. Together, these countries will come to control worldwide trade for a brief time, and the prophecies show that they will use that control to strangle America and some of its allies.

In light of these prophecies, we should not be surprised to see Europe willing to ignore China’s blood-curdling human rights abuses and illegal trade practices. We should actually expect these now-strengthening ties to grow stronger. And even as China becomes more powerful, aggressive and malicious, we should expect Europe to increasingly side with Beijing—and against America.

The Scriptures make clear that this trend will culminate in a time of catastrophe and darkness. But the story will not end there.

The Bible also shows that the darkness will be short-lived and will be overcome by light. Then a fundamentally different chapter of history will begin—far more luminous than any mankind has ever experienced.

The Creator of mankind will come back to Earth and bring a decisive end to man’s rebellion, self-destruction, human rights abuses, oppression, greed and other evils. He will bring in an epoch of peace and light for the peoples of China, Europe, America and all the world. “Thank God,” Mr. Flurry writes, “there is great news beyond the bad news.”

Isaiah’s End-Time Vision
Isaiah had a prophecy for the end time that was twofold. He delivered his message to the temple priests and to the people of Israel. Did you know that most of Isaiah’s temple prophecies are also addressed to God’s own Laodicean Church in the end time? The Laodiceans’ rebellion revolves around God’s government. They don’t want God to rule them.

Isaiah has a powerful vision for the Laodiceans, the nations of Israel—and even the whole world. You won’t find a more inspiring, far-reaching vision in all the Bible. It pictures a beautiful and peaceful Earth. The vision reaches out into the universe. This prophet also reveals how Satan successfully destroys that vision for many of God’s own people. Those who overcome Satan’s deception will be the most honored people ever on this Earth. They will become the Bride of Christ! 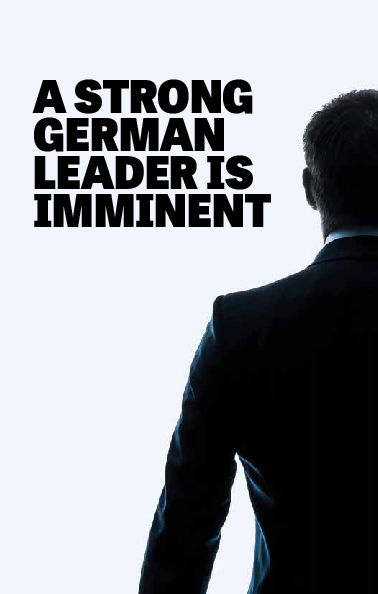