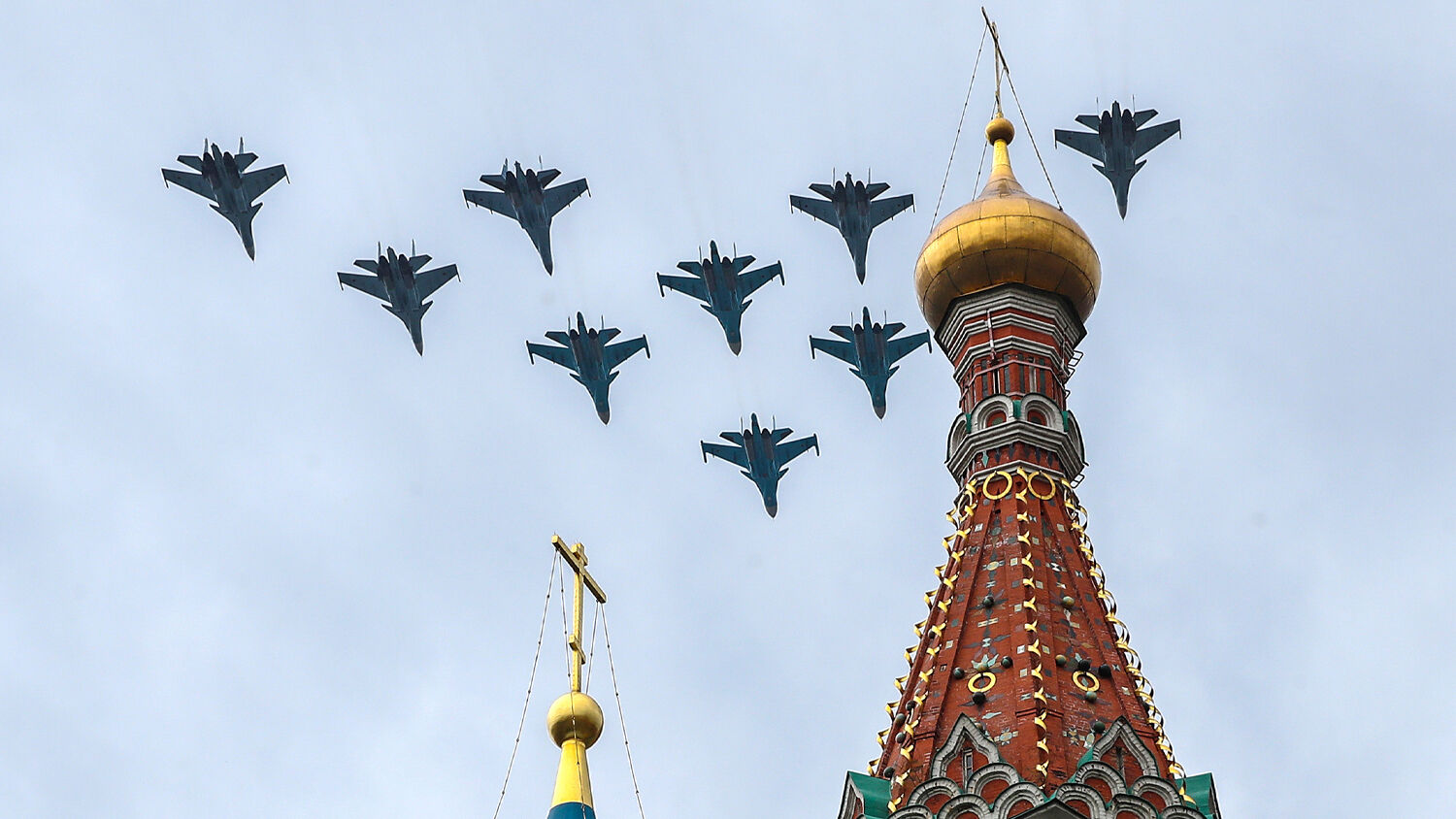 The 2008 Georgia war revealed deficiencies in the Russian military. In the aftermath, it began leaving behind the obsolete Soviet-era legacy force as a new, modern army took flight on the wings of its powerful air force.

Under Russian President Vladimir Putin, Russia’s Air Force has grown dramatically more capable and more lethal, the Center for Naval Analysis said in a December 2020 report. It is on path to accelerate its upgrades in the months and years ahead.

Over the last decade, Russia’s aged air force has been transformed into a modern, sleek and efficient outfit. According to military analyst Leonid Nersisyan, since 2009, Russia’s armed forces have received over 930 brand-new combat aircraft, jet trainers and attack helicopters. In addition, over 500 older attack jets and fighters have been fitted with significant upgrades.

This modernization started after the brief 2008 Russo-Georgian war. Though Russia won the war, a combination of poor communication systems, obsolete platforms and dysfunctional “Identify Friend or Foe” (iff) systems saw its air force deliver a poor performance. Though sizable, the air force was a pitiful relic of antiquated armed forces, the legacy of the once-powerful Soviet Union.

Over 1,000 aircraft have been retired as a result, leaving the Russian armed forces with around 1,200 combat aircraft and 400 attack helicopters.

Despite the reduced size, Nersisyan said in the December report that “the overall capacity of Russian combat aviation has increased significantly in recent years. … It is much more flexible in case of available missions and targets.” Seventy-five percent of the Russian Air Force’s fixed-wing combat aircraft are new or modernized. Gone are the days of poor communications and faulty iff systems. Now, the bulk of the forces support modern weapons, sophisticated digital flight computers and self-protection jammers. What’s more, while the single-role Soviet-era aircraft were predominantly one-trick ponies, individual modern fighters are suited to a wide range of operations.

Thus, Russia has made a concerted effort to address the deficiencies from the past. But it is also preparing for the future.

At the end of 2020, Russian news agency tass reported that the Southern Military District received the first batch of the multi-role, fifth generation Su-57 fighter jet. It is slated to receive four more before this year is out. Uniquely suited to destroying air-to-surface targets, the Su-57 is equipped with supersonic cruising speed, intra-fuselage weapons and radar absorbing coating. These jets are faster and more maneuverable than the United States-made F-35 stealth jet. And while the F-35s are less visible on radar, Russia plans to further upgrade the stealth capabilities of the 76 Su-57 fighters it currently has in production.

Russia is also resurrecting its three Cold War-era strategic bombers. Not only will the modernized versions possess nuclear capabilities, but they will also be able to fire stealthier, longer-range cruise missiles for distant targets, while being outfitted with more advanced electronics. One of them, the enormous Tu-160, boasts the most powerful engines in global military service, capable of powering the 110-ton bomber to Mach 2 speed.

In addition to all these, Russia has a raft of other aircraft in production. From the short-range Orion, to the long-range Altius and the high-end Okhotnik stealth, Moscow seems intent on developing an imposing fleet of armed drones. There is also, the PAK DA stealth bomber and the MiG-41 interceptor to the Su-34 Fullbacks fighter bombers expected to be ready in the next few years.

And beyond its Aerospace Forces, Russia is expanding all branches of its military. Its navy is larger and more powerful; its troops have been blooded through conflicts in Syria; and it has a broader range of more advanced missiles, all underpinned by rapid nuclearization.

Russia is laying to rest the ghost of its outdated Soviet-era machinery while resurrecting the dominance of the ussr. After all, Putin called the demise of the Soviet Union the “greatest geopolitical catastrophe of the 20th century.”

For years, the Trumpet has been watching Russia’s return to superpower status. In his 2014 article “Vladimir Putin Is the Prophesied Prince of Russia,” our editor in chief Gerald Flurry wrote, “This much is absolutely certain: The restoring of Russia’s power by Vladimir Putin—the prince of Russia—was prophesied!”

Bible prophecy warns of the rise of a colossal force, the “kings of the east” (Revelation 16:12). This power is prophesied to be the largest army in the history of mankind, with over 200 million men (Revelation 9:16).

This army will comprise “Gog, the land of Magog” and be led by “the chief prince of Meshech and Tubal” (Ezekiel 38:2). There is general agreement among scholars that Gog refers to Russia, while the land of Magog refers to the Eurasian stretch of land between the Baltic and the Pacific, which encompasses both Russia and China, as well as other Asian nations. Meanwhile, Meshech and Tubal are ancient names for the Russian cities of Moscow and Tobolsk.

These very nations will form this 200-million-man army. But Russia will be at its head. Mr. Flurry continued:

One other Russian people is mentioned in Ezekiel 38:2. There is controversy over how the Hebrew word rosh should be translated in this verse. The King James Version uses the adjective “chief.” But the correct rendering (used by the Moffatt, New King James and others) uses the word not as an adjective, but as a proper noun: Rosh. Thus, that verse should read, “the prince of Rosh, Meshech and Tubal.” …

When you study these scriptures alongside current events revealing modern Moscow’s imperialist direction, you see that Vladimir Putin could well become the leader of that gigantic army of the East. At least we know he was prophesied to raise up a large part of that army! I strongly believe Vladimir Putin is going to lead the 200 million-man army. Just look at the power he already has.

By 2017, Mr. Flurry was even more certain that Vladimir Putin would fulfill this role, as he remarks in his booklet The Prophesied ‘Prince of Russia’. “The time frame of his rule,” Mr. Flurry writes, “shows that nobody else could be fulfilling the Ezekiel 38 and 39 prophecy. … I believe he is almost certain to be the ‘prince of Rosh’ whom God inspired Ezekiel to write about 2,500 years ago!”

Under Vladimir Putin, Russia’s military is fast becoming a formidable, state-of-the-art, organization. And every upgrade, every enhancement brings him closer to his dream of restoring Russia to its former glory. Bible prophecy indicates that he will be more successful than anyone could imagine.

Expect Russia to continue growing its military, accelerating its technological advancements, and emerging as the undisputed leader in Asia. And expect Vladimir Putin to be at the heart of it all.

Some might think his actions are pure bluff, but viewed in light of Bible prophecy, the headlines coming out of Russia show aspirations for world conquest. Crucial Bible prophecies are about to be fulfilled. To understand these prophecies and what they mean for you, please request your free copy of Russia and China in Prophecy.