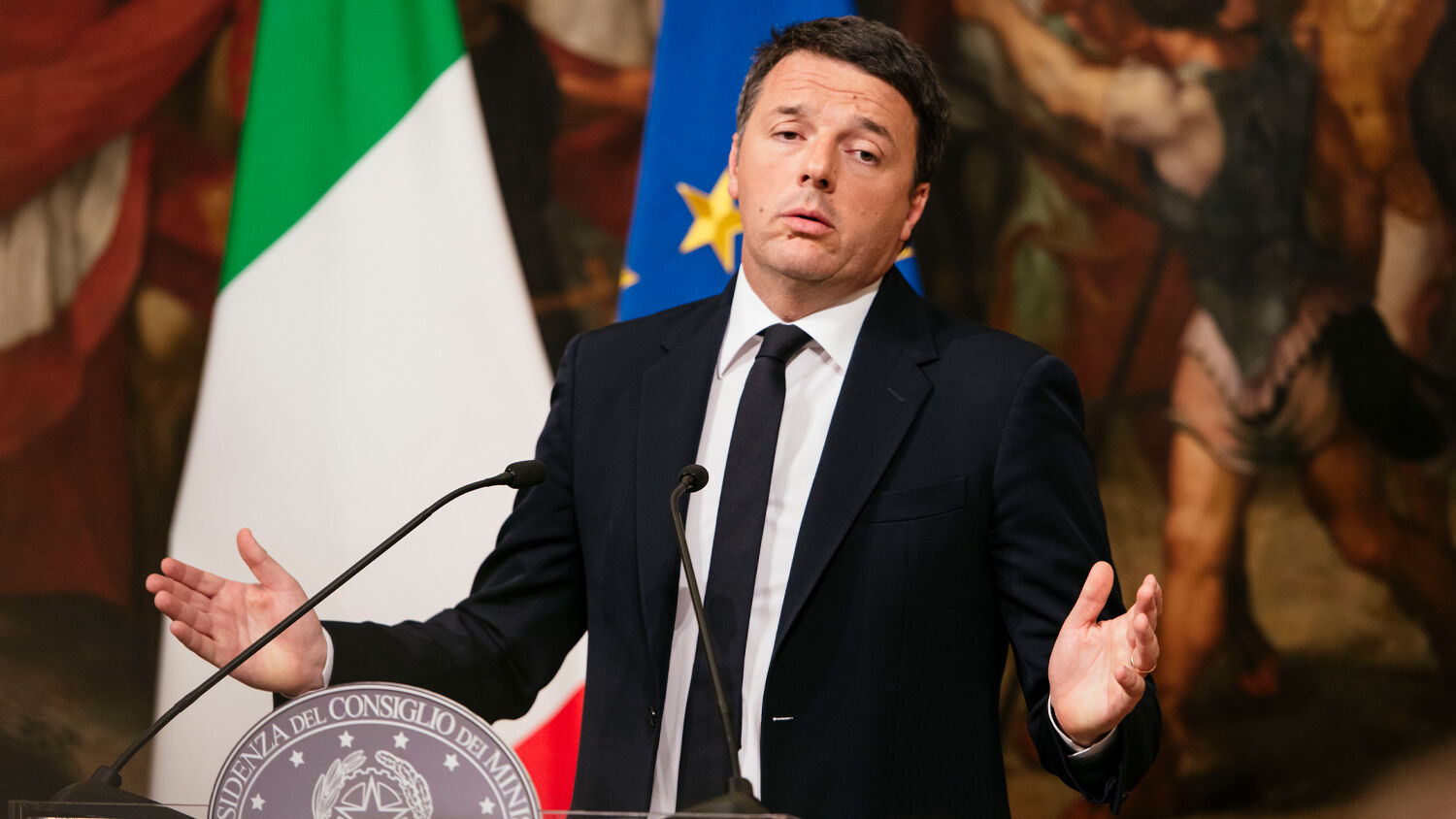 The crisis in Rome couldn’t have come at a worse time.

Lega Nord left the government in 2019. Party leader Matteo Salvini was hoping to trigger a snap election and perhaps get a majority. It didn’t work out the way he thought. Conte instead formed a coalition with Renzi’s Democratic Party. Renzi had since left the Democrats to form Italy Alive, which has just 3 percent popularity currently. So Conte is no stranger to last-minute maneuvers to save his government.

According to the Guardian, over 70 percent of Italians were upset with Renzi’s move. This could play in Conte’s favor.

There are multiple ways Conte could stay in power.

He could organize a confidence vote to keep his government afloat. Or he could do what he did in 2019: dissolve the current government and create a new one with a new coalition partner.

He could also ask President Sergio Mattarella to install a caretaker government until the next scheduled election in 2023. While the president is largely a figurehead role, he can enact measures to protect political stability. Such a move could give Conte time to organize a successful election campaign.

But, whatever happens, this latest crisis could give other parties the opportunity they’ve been looking for.

The opposition currently is mainly made up of three popular right-wing parties. Lega Nord and Brothers of Italy are both on the far-right of the spectrum. Both parties combined could reach 40 percent of the vote. Combine that with Silvio Berlusconi’s Forza Italia, which isn’t considered far-right but is definitely populist, and the right could gain over 50 percent of the vote, if elections are held soon. Meanwhile, the current coalition isn’t doing well in the polls.

This is even as Matteo Salvini is facing trial over a refugee scandal when he was in Conte’s government.

The Italian Constitution permits a party that reaches 40 percent of the vote in an election to get a majority of seats in parliament. This could potentially be attainable for the three major hard-right parties.

Another potential turn of events analysts are talking about is a premiership of former European Central Bank President Mario Draghi. Draghi has said he’s not interested in running for office right now. But he’s an interesting possibility, and certainly one that would lead Italy to closer European Union integration.

Italy is used to fragile governments collapsing after a short amount of time. But this latest political crisis couldn’t have come at a worse time for Italy. Italy is still reeling from the covid-19 pandemic. (Remember how the country’s infection rate skyrocketed last year?) It has the EU’s second-largest debt at 20 percent. It’s in its largest recession since the end of World War ii. Italy traditionally has suffered from political instability; it has had over 60 governments since 1945.

One way or another, expect dramatic changes in Rome soon. As more and more crises hit, expect the Italian people to vote in politicians with radical solutions.

The Bible has a lot to say about what’s going on in Italy right now. It’s had a lot to say since the days of the Roman Empire.

A prophecy in Revelation 13 speaks of a “beast” (a biblical symbol of an empire) rising out of the sea (verse 1). It had “power … and great authority” (verse 2). It persecuted Christians in the Apostle John’s day (verse 7). Tying this in with a prophecy in the book of Daniel, we can identify this “beast” with ancient Rome. Herbert W. Armstrong’s free booklet Who or What Is the Prophetic Beast? explains this.

Revelation 19 shows that this “beast” will still be around at the Second Coming of Christ, a future event. But Rome fell in 476 a.d.

What most people don’t realize is that, even though Rome was conquered then by the barbarian hordes, the empire didn’t die. It was merely wounded.

History records seven resurrections of the Roman Empire. And Bible prophecy has something to say about that as well.

Revelation 17 speaks of a “scarlet coloured beast” (verse 3) ridden by a “woman.” A woman is a biblical symbol for a church; see 2 Corinthians 11:2-3 and Ephesians 5:22-32. This woman is a “great city” that sits upon seven hills (Revelation 17:9, 18). And the beast she rides goes underground (disappears from world view) and reappears seven times (verses 8, 10). As we prove in our free book The Holy Roman Empire in Prophecy, six of those resurrections have come and gone.

That means that there’s one more to appear. And it all revolves around a “great city” set on seven hills.

Verses 12-13 show that this final resurrection of the Roman Empire will be a union of 10 separate countries. They will have “one mind,” operating under the same spirit.

Italy will be one of those 10 kings.

After all, it wouldn’t be the “Roman Empire” without Rome.

Trumpet editor in chief Gerald Flurry wrote the following in his article, “Coronavirus and the Holy Roman Empire,” last year:

The coronavirus is hastening the arrival of the prophesied Holy Roman Empire.

This church-state union has ruled Europe for centuries. But previous inquisitions, religious wars, crusades and the Holocaust have been a mere foreshadow of what the Bible calls the “Great Tribulation” (Matthew 24:21).

Time will tell how long Giuseppe Conte will be able to hold onto power. He’s weathered one political crisis and may also weather this one. But how long will he be able to hold out? With each political earthquake, the chances that he’ll survive the next one shrink more and more. And the covid-19 epidemic is intensifying the problem.

To learn more, request our free booklet Who or What Is the Prophetic Beast? Also, read Mr. Flurry’s article “Coronavirus and the Holy Roman Empire.”