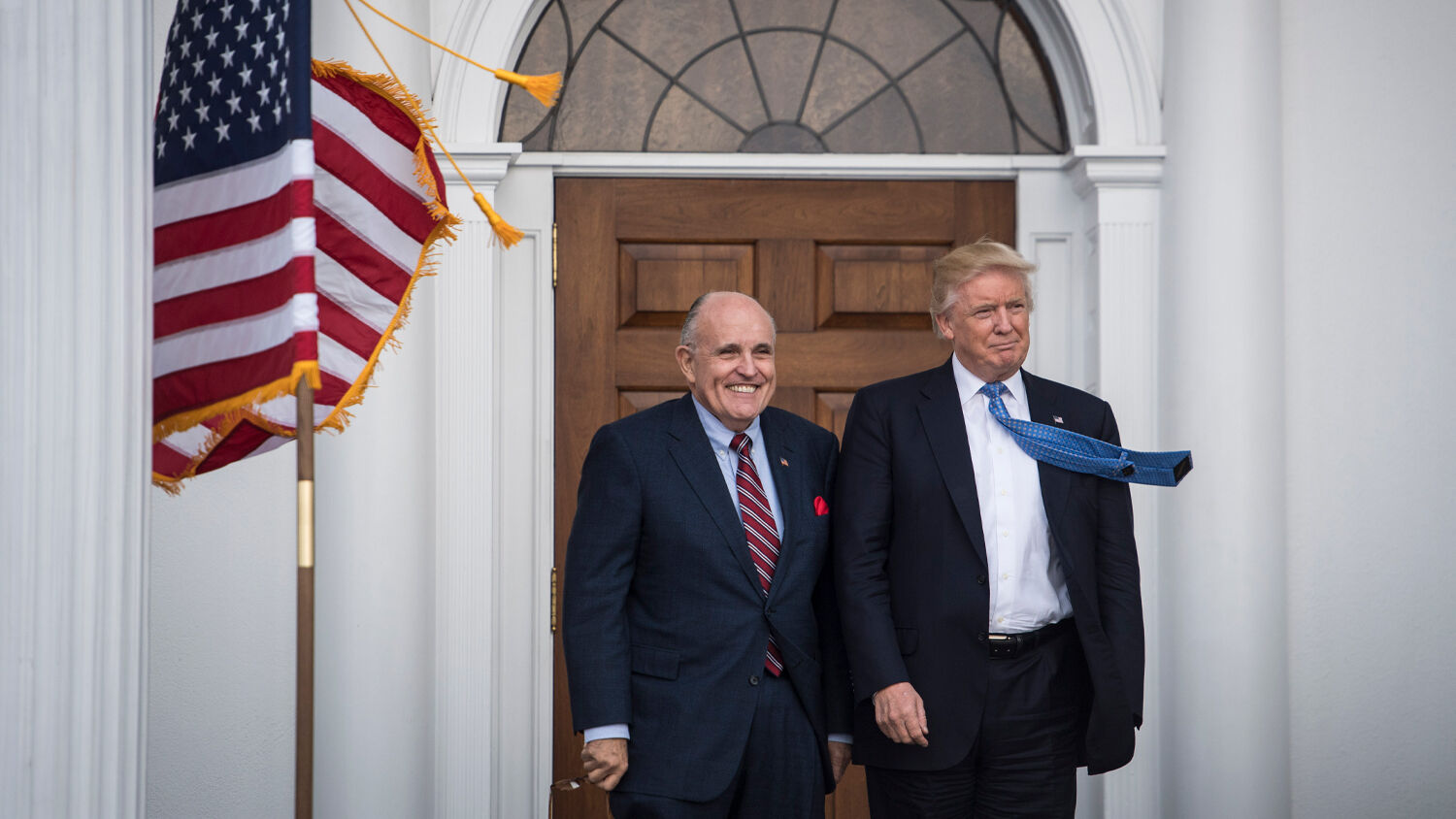 The lawsuits Dominion Voting Systems has filed against Rudy Giuliani and Sidney Powell could backfire.

A voting technology company that provided equipment to 28 states during the 2020 United States presidential election is suing one of President Donald Trump’s lawyers for defamation. On January 25, Dominion Voting Systems filed a lawsuit in the federal district court in Washington, D.C., against Rudy Giuliani. The 107-page lawsuit accuses Giuliani of manufacturing and disseminating a “Big Lie” that “went viral and deceived millions of people into believing that Dominion had stolen their votes and fixed the election.”

Dominion is seeking more than $1.3 billion in damages from Mr. Giuliani. This came after Dominion filed a 124-page lawsuit against former federal prosecutor Sidney Powell on January 8, alleging she “falsely claimed that Dominion had rigged the election, that Dominion was created in Venezuela to rig elections for Hugo Chávez, and that Dominion bribed Georgia officials for a no-bid contract.” It also seeks $1.3 billion from Powell in punitive damages.

Winning these two lawsuits could get Dominion a sum 26 times its annual revenue, and the company has indicated it may seek further damages in court. Yet neither Giuliani nor Powell seems deterred. Why? How confident are they in the actual evidence that Dominion did, in fact, use its systems to flip votes and alter the presidential election?

In a January 25 statement, Giuliani said Dominion’s lawsuit was an intimidation tactic and that he was considering a countersuit: “Dominion’s defamation lawsuit for $1.3 billion will allow me to investigate their history, finances and practices fully and completely. The amount being asked for is, quite obviously, intended to frighten people of faint heart. It is another act of intimidation by the hate-filled left wing to wipe out and censor the exercise of free speech, as well as the ability of lawyers to defend their clients vigorously. As such, we will investigate a countersuit against them for violating these constitutional rights.”

After Dominion filed for defamation against her, Powell dropped a lawsuit she filed in November accusing Dominion of fraudulently handing Joe Biden a win in Georgia. But on January 25, she posted an interesting message on Telegram (she has been banned from Twitter): “There is mounting evidence Italy helped hack our election.”

The next day, Powell reposted a statement from another Telegram user: “Dominion may have ensnared itself. Under the law of defamation, Dominion had the burden of proving falsity, which means Dominion has to prove by admissible evidence that it did nothing wrong regarding the election and its machines. You can learn information about Dominion voting machines by watching the 2020 hbo documentary Kill Chain.”

Giuliani and Powell apparently look forward to the opportunity to present their evidence against Dominion in court. Powell is collecting evidence on the ItalyGate conspiracy being investigated by Maria Strollo Zack, the founder of the nonprofit government watchdog agency Nations in Action. And proceeding to trial would trigger the legal process of discovery, which means that the defendants would have to surrender any documents or information relevant to the charges—but so would Dominion.

Most mainstream news organizations have ignored (or outright banned) coverage of Maria Zack’s ItalyGate investigation, but a few, like usa Today and Yahoo! Money, have reported on this story—only to say it is a baseless conspiracy theory. But news executives and editors are becoming infamous for characterizing verifiable facts as baseless conspiracy theories. We do not know what evidence Zack has, but both retired Air Force Lt. Gen. Thomas McInerney and retired Army Lt. Gen. Michael Flynn, both of whom have contacts in the United States intelligence agencies, have said they believe ItalyGate is worth investigating.

On January 6, while the world watched 200,000 American citizens protest election theft at the U.S. Capitol, Nations in Action delivered a critical affidavit to Congress from Prof. Alfio D’Urso, an Italian constitutional lawyer. It alleged that Arturo D’Elia, a former employee of Leonardo S.p.A. (one of the top 10 defense companies in the world), admitted that he was personally involved in digitally switching votes from President Donald Trump to Joe Biden in the 2020 presidential election.

D’Urso testified that D’Elia worked “in the Pescara facility of Leonardo S.p.A. and utilized military-grade cyberwarfare encryption capabilities to transmit switched votes via military satellite of Fucino Tower to Frankfurt, Germany.” He testified that he did this “under instruction and direction of U.S. persons working from the U.S. Embassy in Rome” and that he will “testify to all individuals and entities involved in the switching of votes from Donald Trump to Joe Biden when he shall be in total protection for himself and his family.”

D’Elia is currently in an undisclosed location and claims to have a backup of the original data showing how many votes were switched from Donald Trump to Joe Biden using, again, military satellites. In an interview with Debbie Georgatos on January 21, Maria Zack said that Arturo D’Elia might be in the custody of U.S. officials and on American soil.

“What our latest intel shows is that [D’Elia] was potentially moved here to the United States,” Zack said. “And in that, we are very curious to know, because Mike Pompeo, secretary of state, flew to Italy, and suddenly he returns and magically a plane from Italy—that is, Italian military—lands at Joint Base Andrews. So it is our suspicion, now, that Arturo was moved again, that he most likely was on that plane that landed at Andrews.”

If Maria Zack’s sources are correct, D’Elia could be an invaluable witness to call in the trial Dominion Voting Systems wants to have against Giuliani and Powell.

In any event, over the next several weeks, we are likely to witness some dramatic legal action. Giuliani, Powell and others are saying that Dominion stole votes and fixed the election, even with President Trump no longer in the White House and the radical leftists coup d’état apparently a fait accompli, and Dominion emboldened sufficiently to characterize these claims as a big $2.6 billion lie. Both sides cannot be right.

Could Dominion’s defamation suits give Donald Trump’s former legal team the very opportunity it has otherwise been denied: the chance to prove, in court, an international conspiracy to steal America’s presidency?

Trumpet editor in chief Gerald Flurry’s upcoming feature in the March 2021 Philadelphia Trumpet issue is titled “Why I Still Believe Donald Trump Is Coming Back.” Even with the radicals seemingly holding—and using—the balance of national power, he boldly forecasts that President Trump will return to the White House. He continues to rely upon Bible prophecies in 2 Kings 14 and Amos 7. Perhaps it will take a few years until this prophecy is fulfilled. But if Trump’s legal team exposes a global conspiracy, it might be fulfilled in a few months.