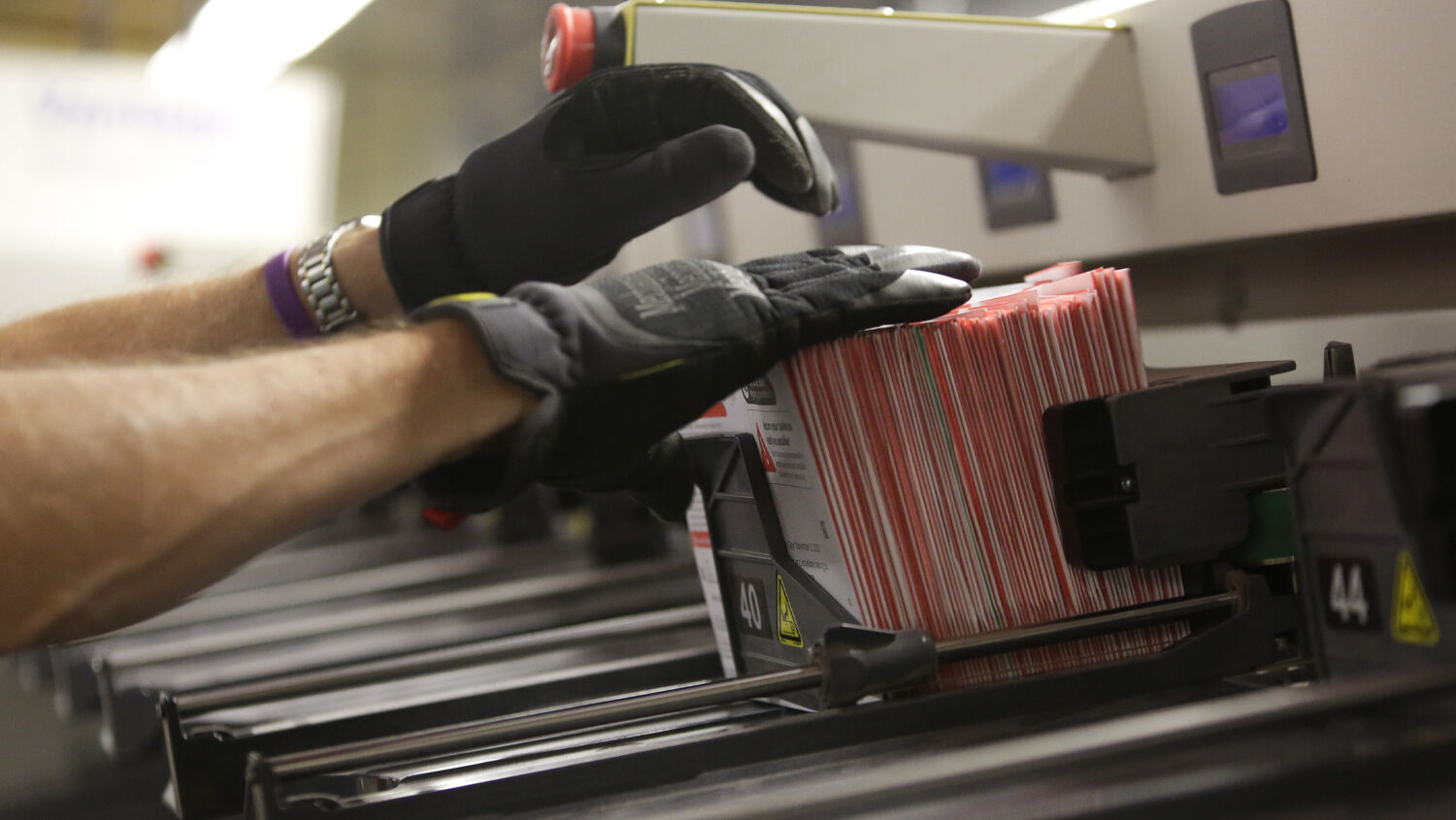 An election worker takes ballots from a sorting machine on Election Day at the King County Elections office in Renton, Washington, on November 3.
JASON REDMOND/AFP via Getty Images

We are facing the end of America’s constitutional republic.

Was election-rigging software designed for the Central Intelligence Agency used to steal the 2020 presidential election? Former senior National Security Agency analyst Kirk Wiebe believes it was. In a December 21 interview with the New American, Wiebe described the abysmal state of election security in America and pointed to evidence of voter fraud committed via the criminal use of cia-developed Hammer and Scorecard programs.

Kirk Wiebe is not some fringe conspiracy theorist. He worked as a senior analyst at the nsa from 1975 to 2001 and was awarded the Meritorious Civilian Service Award—the nsa’s second-highest distinction. With his colleagues William Binney and Ed Loomis, Wiebe developed many software programs to find, monitor, and track terrorists worldwide. But he retired from the nsa in 2001, after uncovering a government program to illegally monitor millions of U.S. citizens’ communications. Yet while the media treated Wiebe as a hero when he exposed the Bush administration’s surveillance operations, they lost interest in him when he continued to expose the Obama administration’s unlawful surveillance operations.

In his interview with New American senior editor William Jasper, Wiebe emphasized that American attorneys Sidney Powell and Lin Wood need to be granted access to Dominion Voting Systems software and machines. These machines may have shifted votes from President Trump to Joe Biden, he said. But he also emphasized that the “deep state” coup to steal the presidency may go beyond fraudulent mail-in ballots and suspicious voting machines.

Wiebe revealed that the nsa designed a supercomputer named “Hammer” and a software program called “Scorecard” to rig elections in the Middle East (much like Dominion’s software was allegedly designed to rig elections in Venezuela). But during the Obama administration, leakers in the nsa and cia leaked these programs to the public. So there are now anonymous hackers at large in possession of cia-election rigging technology.

About eight months before the presidential election, Wiebe and Binney delivered a thumb drive with 85,000 documents concerning the gravity of this situation to the House Intelligence Committee, but apparently, their warning has gone unheeded as officials keep saying this was the most secure election in U.S. history.

Lt. Gen. Thomas G. McInerney, a highly decorated Vietnam War fighter pilot, has also been sounding the alarm over Hammer and Scorecard. In a November 10 interview with the New American, General McInerney warned that the stealing of the 2020 election is not exposed, we “will never see another free election in America.”

General McInerney testified that Obama’s administration tried to use the Hammer/Scorecard program to rig the 2016 presidential election, but something went wrong, and Donald Trump won anyway. But this time around, McInerney says the Hammer/Scorecard program was the primary way the “deep state” used to steal the election. If he is right about this, then America is no longer a constitutional republic. It is an authoritarian technocracy where powerful, unelected bureaucrats, military leaders, and intelligence agents secretly select the president.

During Barack Obama’s first term as president, William Binney told investigative journalist James Bamford that the nsa was building a turnkey totalitarian state where all the parts necessary for a dictatorship were in place awaiting the right people to come along and turn the key. If the “deep state” used technology developed by nsa to steal the presidency from Donald Trump, they are getting ready to turn the key.

Trumpet editor in chief Gerald Flurry’s article “The Hidden Message of the Horowitz Report” exposes how Barack Obama and his administration used the power of the cia, nsa and Federal Bureau of Investigation to create a phony dossier of propaganda against political rival Donald Trump, used that phony dossier to fraudulently spy on Trump campaign adviser Carter Page, and tried to frame Donald Trump of colluding with Russian to win the 2016 presidential election. If “deep state” agents were able to do these sorts of things to sabotage Mr. Trump’s presidency, what would they do to prevent him from being reelected?

In light of the Spygate Scandal, the type of election rigging that Kirk Wiebe and General McInerney are describing does not seem too far-fetched.

The late Herbert W. Armstrong explained in his landmark book The United States and Britain in Prophecy that the English-speaking peoples who settled the U.S. and Britain are the descendants of ancient Israel. This astonishing truth means that the Bible’s end-time prophecies concerning Israel are directed at the U.S. and Britain.

One of these end-time prophecies foretells of a time when God will use a human leader to temporarily save Israel from being destroyed. “For the Lord saw the affliction of Israel, that it was very bitter: for there was not any shut up, nor any left, nor any helper for Israel. And the Lord said not that he would blot out the name of Israel from under heaven: but he saved them by the hand of Jeroboam the son of Joash” (2 Kings 14:26-27).

Many people believe that if Hillary Clinton had won the 2016 presidential election, the deep state officials who were building the turnkey totalitarian state William Binney warned about would have been able to continue running the country behind the scenes, thus ending our constitutional republic. The only reason this did not happen is that God showed mercy and raised up an end-time King Jeroboam ii to expose what was happening.

President Trump’s prophesied work is not finished. Therefore, God will use him to save America from a “deep state” plot to transform the nation into a Marxist dictatorship!

If you have not done so, please read “Why Donald Trump Will Remain America’s President,” by Gerald Flurry. It boldly forecasts that President Trump will remain in office, relying upon Bible prophecies in 2 Kings 14 and Amos 7. Some titanic frauds are about to be exposed!