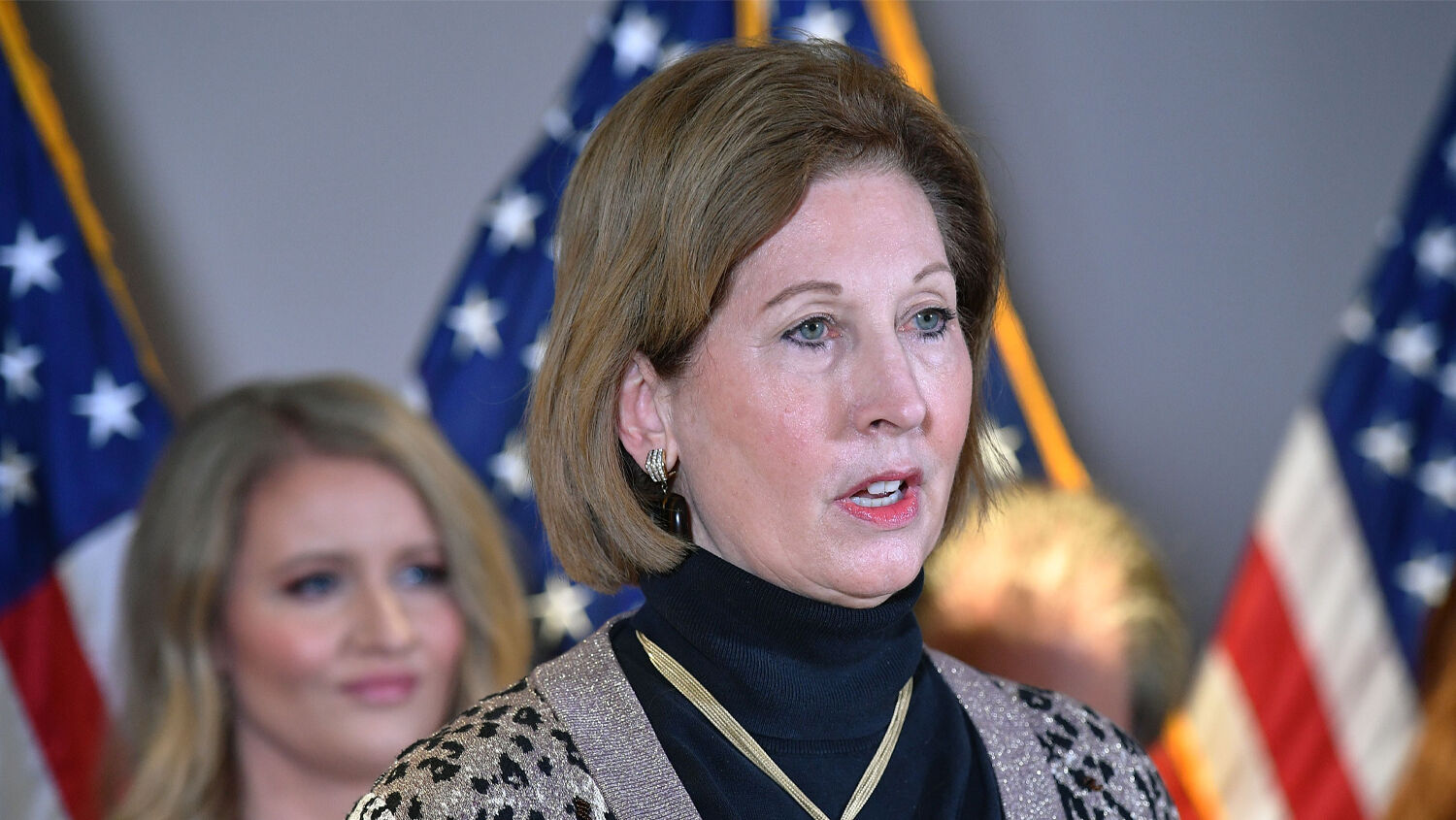 Libel lawyer Tom Clare’s demands that the White House preserve all records related to Dominion may backfire on him.

A top employee of Dominion Voting Systems is suing 14 defendants for defamation, claiming that they have falsely reported him as being “at the center of a national conspiracy to fraudulently elect the president of the United States.” The lawsuit, filed by Dominion’s Eric Coomer on December 22, accuses the Trump campaign, conservative blog Gateway Pundit, conservative media companies Newsmax and One America News Network, conservative activist Joseph Oltmann, conservative columnist Michelle Malkin, and conservative lawyers Rudy Giuliani and Sidney Powell.

Coomer is the director of product strategy and security for Dominion Voting Systems, a company that provides voting equipment and software to 28 U.S. states—including the six swing states of Arizona, Georgia, Michigan, Nevada, Pennsylvania and Wisconsin. The spotlight turned to him several days after the presidential elections, when Joseph Oltmann claimed he heard Coomer tell a group of Antifa activists that he would make sure Donald Trump lost the election. Coomer said that the conversation never took place and that he has no association with left-wing groups.

Giuliani, who represents President Trump, has stated that Dominion Voting Systems is a front-group for Smartmatic International, a software company founded in 1997 by three Venezuelan engineers with ties to the late Venezuelan dictator Hugo Chávez. Powell, a former federal prosecutor, has alleged that Dominion uses software “created to produce altered voting results in Venezuela for Hugo Chávez and then shipped internationally to manipulate votes for purchase in other countries, including this one.” Powell also said that China has a role in the scandal, and the Epoch Times has confirmed that at least two Chinese nationals sat on the board of a Swiss bank that helped Staple Street Capital Group llc raise $400 million from anonymous investors a month before the election. (Staple Street acquired Dominion Voting Systems in 2018.)

Coomer’s defamation suit comes after judges dismissed numerous election challenges filed by Powell on the basis that they failed to produce sufficient evidence of wrongdoing by Dominion. Now Dominion has hired libel lawyer Tom Clare. Two days before Coomer filed suit, Clare told the New York Times that “we are moving forward on the basis that [Powell] will not retract those false statements and that it will be necessary for Dominion to take aggressive legal action, both against Ms. Powell and the many others who have enabled and amplified her campaign of defamation by spreading damaging falsehoods about Dominion.”

If Dominion Voting Systems is innocent, this lawsuit will give it a chance to prove that and, some claim, a chance to “sink right-wing media” by exposing their claims as false conspiracy theories. But if Dominion is guilty, it may come to regret having Powell, who has been trying to get her day in court for more than six weeks, finally summoned to a courthouse.

In the face of the defamation suit, some conservative outlets have published and broadcast statements designed to limit their legal liabilities and temper their guests’ claims of massive voter fraud. Yet both Sidney Powell and the Trump campaign seem undeterred. Is it because they are confident, even in the face of overwhelming pressure, in the actual evidence?

Powell has hired her colleague, Georgia lawyer Lin Wood, to represent her. Wood stated in a Twitter post that he takes Clare’s retraction demands as a sign that “we are definitely over the target.”

Dominion has also sent letters to Rudy Giuliani and White House counsel Pat Cipollone demanding that they save all records related to claims that Dominion Voting Systems helped Joe Biden steal America’s election. Over the next few weeks, we are going to witness some dramatic legal action.

Trumpet editor in chief Gerald Flurry’s cover story for the January 2021 Trumpet issue is titled “Why Donald Trump Will Remain America’s President.” It boldly forecasts that President Trump will remain in office, relying upon Bible prophecies in 2 Kings 14 and Amos 7. Now that the Electoral College has voted for Joe Biden, some titanic frauds are going to have to be exposed. And President Trump’s legal team has announced a new strategy: Focus on voting machines used to rig the presidential elections!