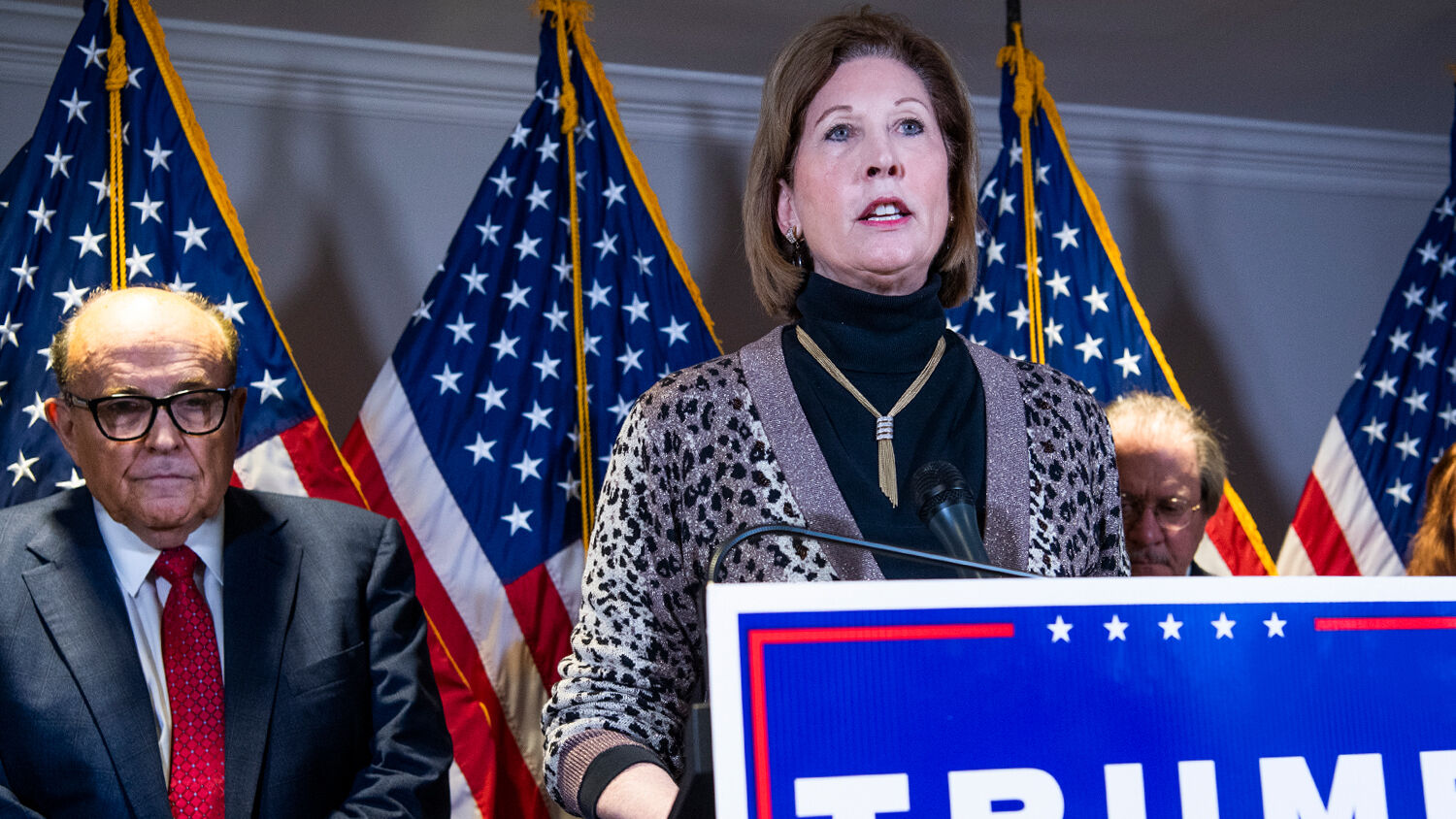 The relationship is strong enough that America’s election may have been changed by foreign nationals.

Dominion Voting Systems has been under scrutiny ever since attorney Sidney Powell claimed to have “statistical evidence” that its machines stole votes from United States President Donald Trump. On December 13, Powell told the Epoch Times that every voting machine used in America’s elections should be impounded and reviewed for forensic analysis. And if America’s court system refuses to issue such an order, Powell believes President Trump should use his 2018 executive order on foreign interference to get the job done.

“[G]iven the level of foreign interference we can demonstrate … it’s more than sufficient to trigger the president’s executive order from 2018 that gives him all kinds of power—to do everything from seize assets, to freeze things, demand the impoundment of the machines,” she said on the American Thought Leaders program. “Under the emergency powers, he could even appoint a special prosecutor to look into this, which is exactly what needs to happen. Every voting machine in the country should be impounded right now. There’s frankly more than enough criminal probable cause to justify that. For anybody who’s willing to address the law and the facts purely on the basis of truth, and not politics or corporate greed or global wealth.”

When enacted, the executive order Powell referenced gives the director of national intelligence the power to conduct “an assessment of any information indicating that a foreign government, or any person acting as an agent” of a foreign government tried to interfere in a U.S. election. An increasing amount of evidence is emerging that foreign sponsors used Dominion Voting Systems to shift votes to Joe Biden.

A preliminary report from the Allied Security Operations Group found that Dominion machines and software in Michigan were “intentionally and purposefully designed with inherent errors to create systemic fraud and influence election results.” And the head of Fraud Spotters, a consultancy specializing in detecting insurance fraud, has shown that U.S. counties that switched over to Dominion machines saw their vote tallies shift toward the Democratic presidential candidate by an average of two to three percentage points compared to counties that decided not to use Dominion machines. That could be a coincidence, but the difference persisted even after Fraud Spotters controlled for county population and various other demographic characteristics.

Dominion Voting Systems is headquartered in Toronto, Canada, so the testimony of the Allied Security Operations Group and Fraud Spotters should be enough to trigger an investigation into foreign interference. But those who insist on more evidence can certainly find it, as Dominion has recently come under scrutiny after its parent company received the help of a Swiss bank linked to the Chinese Communist Party.

Even though Dominion is headquartered in Canada, it is majority-owned by Staple Street Capital in New York City. On October 8—about a month before the U.S. presidential election—ubs Securities llc helped Staple Street Capital raise $400 million from anonymous investors. ubs Securities llc is the New York-based subsidiary of Swiss bank ubs, which in turn has offices owned by the Chinese government.

The Epoch Times reports that this transfer occurred amid strange circumstances. “Unusual activity also occurred in the New York subsidiary of ubs recently, in the weeks following Staple Street’s fundraising and the November U.S. elections,” wrote investigative journalist Emel Akan. “An ntd tv report on December 5 showed that three board members of ubs Securities llc appeared to be Chinese, including Luo Qiang, Ye Xiang and Mu Lina, according to the company’s profile page on Bloomberg. Later, these names were taken down from the profile page, raising questions about whether the company made changes following media reports.”

It is unusual to name Chinese nationals on the board of a New York subsidiary, causing some to question whether Luo Qiang, Ye Xiang and Mu Lina were only temporarily made board members to get specific monetary transfers approved. ubs has refused to answer questions about these board members, and Dominion has deleted the LinkedIn accounts of a third of its employees. So it seems that the only way to get answers about whether foreign powers tried to rig America’s elections is to open a federal investigation, but President Trump may have different ideas.

Trumpet editor in chief Gerald Flurry’s cover story for the January 2021 Trumpet issue is titled “Why Donald Trump Will Remain America’s President.” It explains that President Trump will remain in office because of Bible prophecies in 2 Kings 14 and Amos 7. Now that the Electoral College has voted for Joe Biden, some earthshaking frauds are going to have to be exposed for these prophecies to be fulfilled.

Isaiah prophesied of a time when vile leaders would plot in secret. “No one enters suit justly, no one goes to law honestly; they rely on empty pleas, they speak lies, they conceive mischief and bring forth iniquity. They hatch adders’ eggs, they weave the spider’s web; he who eats their eggs dies, and from one which is crushed a viper is hatched. Their webs will not serve as clothing; men will not cover themselves with what they make. Their works are works of iniquity, and deeds of violence are in their hands. Their feet run to evil, and they make haste to shed innocent blood; their thoughts are thoughts of iniquity, desolation and destruction are in their highways” (Isaiah 59:4-7; Revised Standard Version).

This is a prophecy about end-time America, as our free book The United States and Britain in Prophecy, by Herbert W. Armstrong, explains. Politicians “speak lies,” “conceive mischief,” and “bring forth iniquity.” But God will not allow them to “cover themselves with what they make.” These spider webs, adder eggs, and vile conspiracies are about to be exposed!