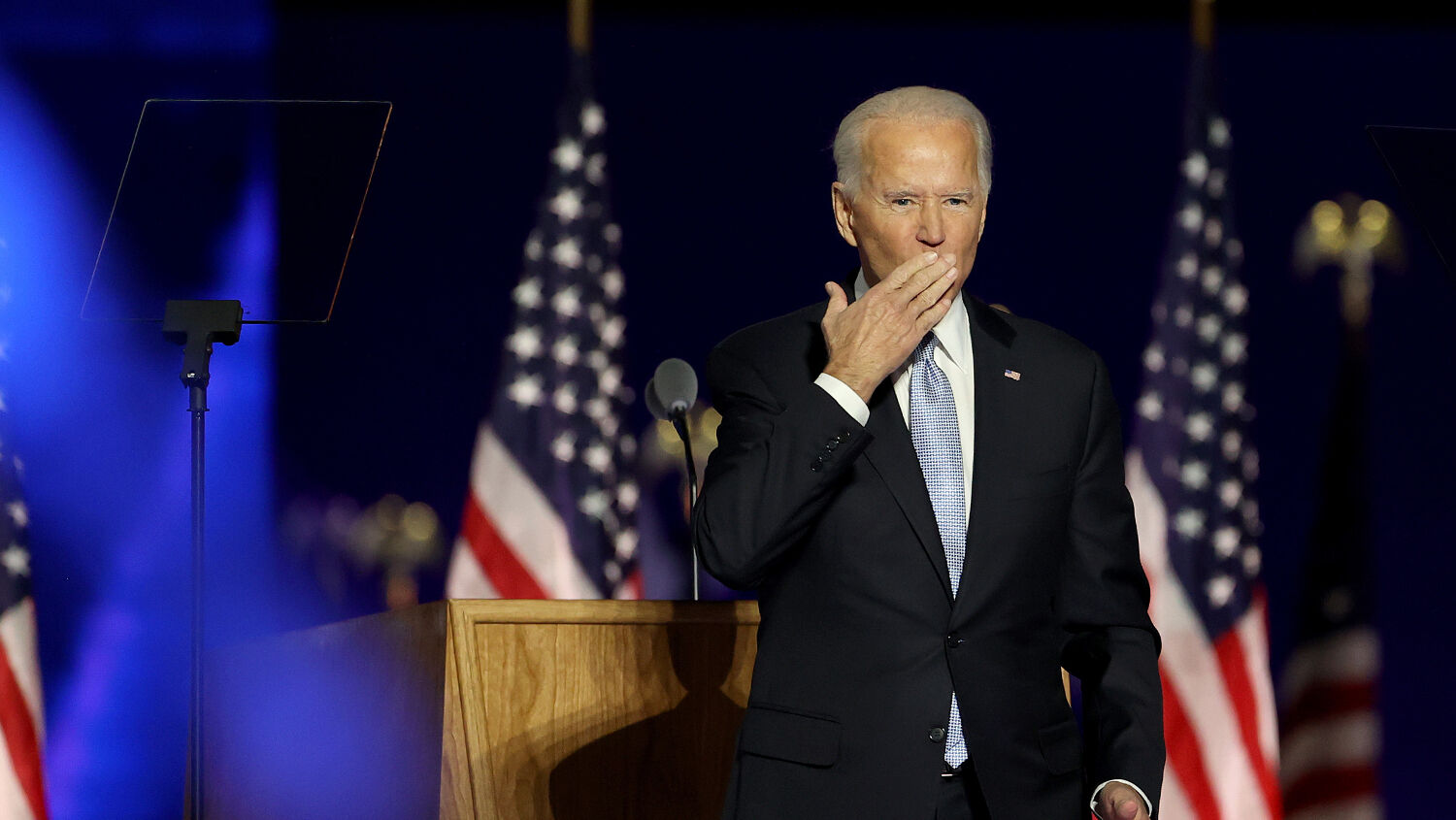 But President Trump is gearing up to expose widespread voter fraud.

Democratic presidential nominee Joe Biden has claimed victory in the United States presidential elections. After major media outlets called Pennsylvania and Nevada for the Democratic Party on Saturday, media announced that Mr. Biden had received more than the 270 electoral votes required to win. Ballots are still being counted in Alaska, Georgia, and North Carolina. But the Biden transition team is already drafting executive orders to be signed and screening potential cabinet picks.

During his victory speech on Saturday, Mr. Biden struck a very confident tone. “My fellow Americans, the people of this nation have spoken,” he proclaimed. “They have delivered us a clear victory. A convincing victory. A victory for ‘We the People.’ We have won with the most votes ever cast for a presidential ticket in the history of this nation—74 million. I am humbled by the trust and confidence you have placed in me.”

Democrats want to move on from the election as fast as possible so that Mr. Biden’s victory will seem like old news. Yet President Donald Trump has not conceded defeat, and his teams of lawyers are pressing on with accusations of mass voter fraud in Democratic-controlled cities across the nation. Recounts are scheduled for Georgia and Wisconsin, where Mr. Biden is leading by less than 1 percent of the vote. And lawsuits have been filed in Arizona and Pennsylvania, where there are particularly disturbing examples of fraud.

“If Republicans don’t challenge and change the U.S. election system, there will never be another Republican president elected again,” Sen. Lindsey Graham said Sunday on Fox News. “President Trump should not concede. We’re down to less—10,000 votes in Georgia. He’s going to win North Carolina. We have gone from 93,000 votes to less than 20,000 votes in Arizona, where more—more votes to be counted.”

Attorney Sidney Powell told Maria Bartiromo on Sunday Morning Futures that her team has identified 450,000 ballots in battleground states that may be fraudulent.

“There has been a massive and coordinated effort to steal this election from we the people of the United States of America to delegitimize and destroy votes for Donald Trump,” she said. “To manufacture votes for Joe Biden. They’ve done it in every way imaginable, from having dead people vote in record numbers, to absolutely fraudulently creating ballots that exist only for voting for Biden. We’ve identified over 450,000 ballots that miraculously only have a vote for Joe Biden on them and no other candidate. If you look at Florida where things were done right, you can see that that is how the rest of the country should have gone. But they also used an algorithm to calculate the number of votes they would need to flip. And they used computers to flip those votes from Trump to Biden and from other Republican candidates to their competitors also.”

Former New York City Mayor Rudy Giuliani thinks the situation could be even worse. He noted on Twitter that President Trump’s lead of 800,000 votes was wiped out by hundreds of thousands of mail-in ballots that were counted without any Republican election observers present. Trump’s attorney Jay Sekulow told Sean Hannity that there might need to be manual recounts in 30 states to uncover the full extent of voter fraud.

The next several weeks are likely to be filled with contentious legal battles over the presidential elections, but the good news is that a lot of political corruption will be exposed for the American people to see.

In the August 2019 issue of the Philadelphia Trumpet, editor in chief Gerald Flurry explained that God is using the Trump administration for a special purpose—to expose corruption in America’s government.

“Since Donald Trump became president, a dangerous level of corruption has been exposed in America’s federal government,” he wrote. “Officials within several powerful government agencies have worked actively to sabotage Mr. Trump and overturn the results of the 2016 presidential election. This is treasonous behavior, and a bigger threat to America than most people realize! The facts reveal widespread complicity within the cia and the Justice Department, including the fbi, along with other government agencies, with direction from the White House—and total support from the mainstream media. We see that the Obama administration got a frightening degree of control over those agencies. And we see officials who consider themselves above the law, who are willing to use deceit, slander and practically any other means necessary to hold or to reclaim power at any cost. To make this reality more alarming, none of it would have seen daylight had Mr. Trump not won the election. But God wanted it exposed—and I will explain why. Now, it seems that the harder the president’s enemies work to destroy him, the more their own wicked ways are uncovered.”

Isaiah 1:4-6 is an end-time prophecy about political corruption in America. It says “Ah sinful nation, a people laden with iniquity, a seed of evildoers, children that are corrupters: they have forsaken the Lord, they have provoked the Holy One of Israel unto anger, they are gone away backward. Why should ye be stricken any more? ye will revolt more and more: the whole head is sick, and the whole heart faint. From the sole of the foot even unto the head there is no soundness in it; but wounds, and bruises, and putrifying sores: they have not been closed, neither bound up, neither mollified with ointment.”

The “head” referred to here is the nation’s government. God says “the whole head is sick, and the whole heart faint,” but He is exposing this sickness by shining a light on the corruption in American politics. Mercifully, He is giving people one last chance to repent before the nation plunges into a time of unparalleled calamity!

To understand more about how God is using the Trump administration, read “Can President Trump Get Control of His Own Divided Government?” by Gerald Flurry. It puts the chaos of U.S politics in its prophetic context.