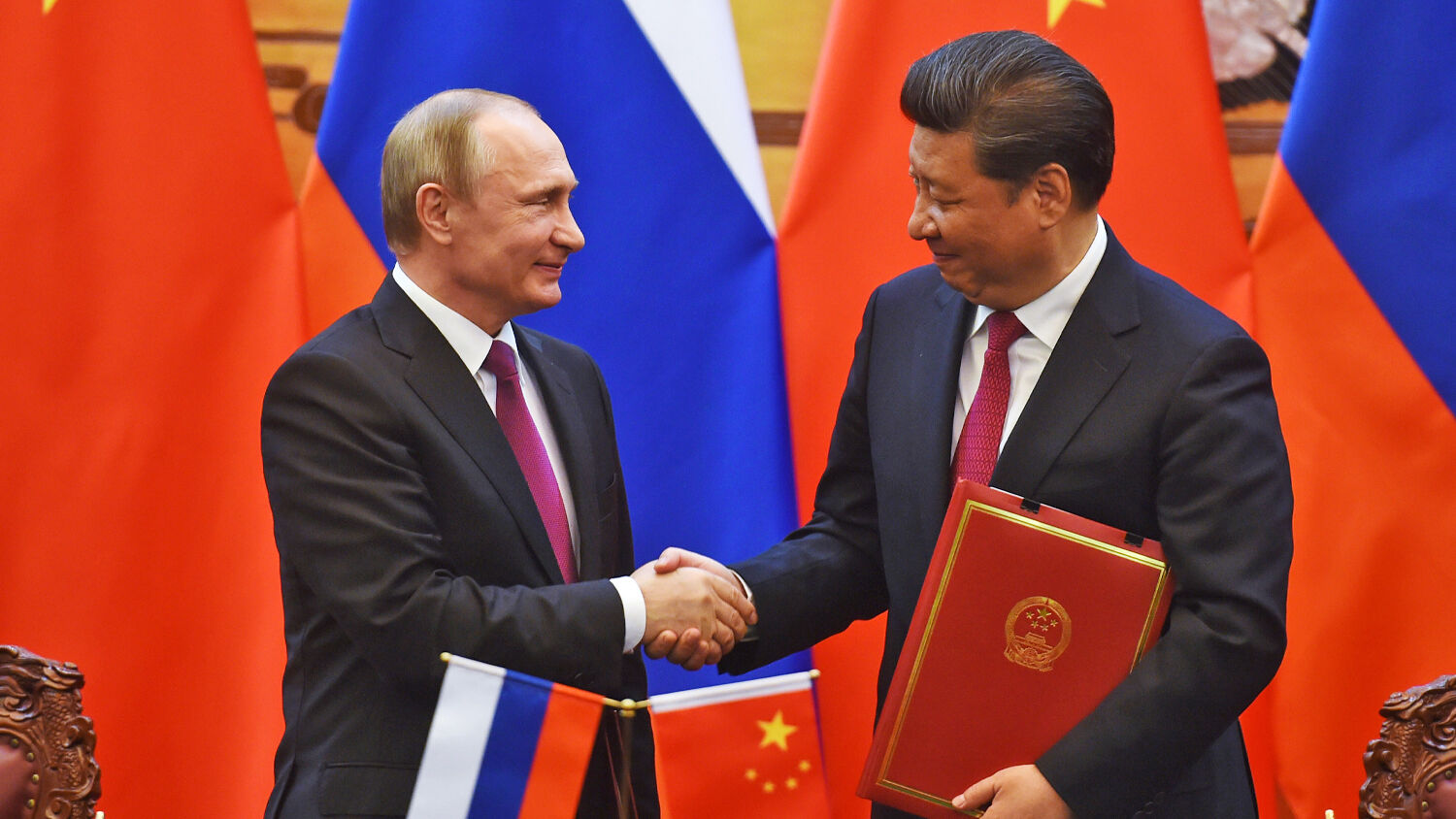 ‘Two presidents have emerged as clear winners of the U.S. election. Unfortunately, they’re sitting in Beijing and Moscow.’

As of November 6, it was still unclear to Americans who had won the 2020 presidential election. But adversaries of the United States were able to see one thing plainly: The deep divides of American society that were made ever deeper by the election mean the nation is weakening, creating space for U.S. rivals to assert their will with a freer hand.

Richard Berry, a commentator for Goodmoneyguide.com, said on Wednesday, November 4, that America’s democratic dysfunction has two world leaders particularly delighted. “Two presidents have emerged as clear winners of the U.S. election,” he said. “Unfortunately, they’re sitting in Beijing and Moscow.”

It is not difficult to see how these two leaders, Russian President Vladimir Putin and Chinese President Xi Jinping, are “winners” of a divided and distracted America.

First, both of these men wish to better dominate their own nations, and a delegitimized American democracy helps them tighten their dictatorial power grips. Peter Kammerer of the South China Morning Post explained: “Xi and Putin have held on to power by convincing their citizens that their systems of government are superior to the democracies of the West.” And all of America’s dysfunction and division “have made it easy for the Chinese and Russian leaders to contend that democracy is broken, corrupt and damaging.”

Secondly, Putin and Xi both seek for their nations to dominate more of the globe. And both understand this can be achieved more quickly if America is divided and distracted.

Vasily Kashin, senior research fellow at the Higher School of Economics in Moscow, spoke to the Trumpet on November 5, saying: “What is important is not Biden or Trump occupying the White House, but the degree of the American political and economic crisis. With the current course of events, that crisis can be expected to deepen, weakening the U.S. globally.”

And a globally weaker U.S. means the force that has prevented aggressor nations from running roughshod over the world for 75 years is now on the back foot. America is distracted by internal afflictions and thus less capable of policing the world—including by challenging Russian and Chinese adventurism beyond their borders. As Trumpet managing editor Joel Hilliker wrote last week: “Sickness saps a nation’s vitality as surely as it does a man’s. Initiative and energy are diverted, consumed by internal battles. Americans are so fixated on the divisions that are devouring us, we have lost sight of the rest of the world—and of our example, and our obligation to lead. It truly is the world’s loss.”

Truly, America’s political crisis is the world’s loss. And it is Russia’s and China’s gain.

It should come as no surprise to see how delighted many in Russia and China have been by the U.S.’s dysfunction.

China’s state-run Global Times, which functions as a mouthpiece for the Chinese Communist Party, has breathlessly commented on America’s election troubles. “What is happening during the U.S. election is something that we could have never imaged [sic] in this ‘Beacon of Freedom,’” it wrote on November 4. “Disputes, chaos and the refusal of election results by certain candidates were supposed to take place in developing countries where political conditions were not stable and definitely not in a country like the U.S. But things have changed—all these have occurred in the U.S., and the U.S. is not synonymous to a stable, civilized and consensus-based society anymore.”

The publication added: “This is costing the U.S.’s international reputation as well.”

Global Times editor in chief Hu Xijin tweeted on Election Day that the unrest and fear show that the “U.S. is in degradation.”

Ahead of the election, some businesses in the US are boarding up their store windows fearing post-election unrest. This kind of unrest is usually complication of elections in poor countries, but people are worried it may appear in the US. The US is in degradation. pic.twitter.com/bBzPiwhVgg

In his February 2020 article “The Climax of Man’s Rule Over Man,” Trumpet editor in chief Gerald Flurry wrote about this approaching era. “These ‘times of the Gentiles’ are yet to be fully realized,” he wrote, but “we are in the outer edges of this catastrophic storm.”

The freer hand that Russia and China will have as America continues to succumb to its internal afflictions will only speed the shift of global power away from “Israel” and toward these other nations.

Mr. Flurry wrote that although this shift in global power is deeply alarming, it is connected to good news. He continued:

This is terrifying news. Luke’s record of Christ’s prophecy says it will be a time of “[m]en’s hearts failing them for fear, and for looking after those things which are coming on the earth: for the powers of heaven shall be shaken” (Luke 21:26). … Notice the very next verse! “And then shall they see the Son of man coming in a cloud with power and great glory” (verse 27). These times of the Gentiles lead directly to the return of Jesus Christ! … Now that is good news!