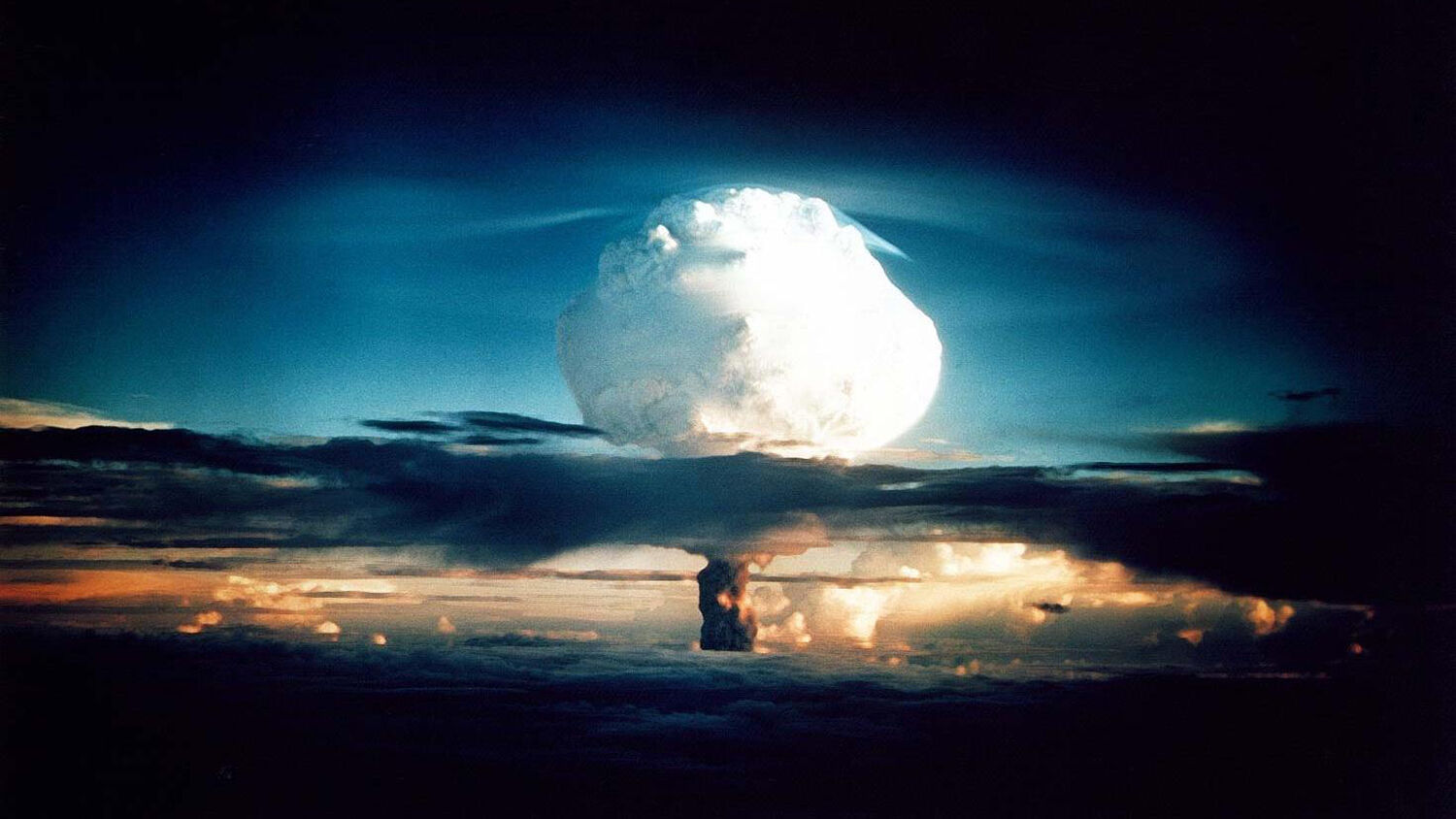 Will a newly ratified treaty really lead to the ‘total elimination of nuclear weapons’?

A United Nations treaty banning the use, deployment, construction and hosting of nuclear weapons received its 50th ratification on October 25, setting its implementation date for Jan. 22, 2021. The “Treaty on the Prohibition of Nuclear Weapons,” originally drafted in 2017, has now been made official with the ratification of Honduras.

1. Each State Party undertakes never under any circumstances to:

c) Receive the transfer of or control over nuclear weapons or other nuclear explosive devices directly or indirectly;

d) Use or threaten to use nuclear weapons or other nuclear explosive devices;

e) Assist, encourage or induce, in any way, anyone to engage in any activity prohibited to a State Party under this Treaty;

f) Seek or receive any assistance, in any way, from anyone to engage in any activity prohibited to a State Party under this Treaty;

g) Allow any stationing, installation or deployment of any nuclear weapons or other nuclear explosive devices in its territory or at any place under its jurisdiction or control.

Other provisions of the treaty include a responsibility for state parties to disclose any history they have of hosting a nuclear program, the destruction of any current nuclear programs and “nuclear-weapons-related facilities,” and the responsibility of state parties for “environmental remediation” of areas within their jurisdiction contaminated through nuclear weapons testing. The International Atomic Energy Agency is tasked with overseeing compliance with the treaty.

While the treaty has only been ratified by 50 parties, Article 12 probably best demonstrates the treaty’s ambitious goals: “Each State Party shall encourage States not party to this Treaty to sign, ratify, accept, approve or accede to the Treaty, with the goals of universal adherence of all States to the Treaty.”

Many important heads of international organizations have high hopes for the treaty. Beatrice Fihn, executive director of the International Campaign to Abolish Nuclear Weapons—an organization that won the 2017 Nobel Peace Prize—stated that the treaty’s ratification is “a new chapter for nuclear disarmament. Decades of activism have achieved what many said was impossible: nuclear weapons are banned.”

Peter Mauer, president of the International Committee of the Red Cross, said, “Today is a victory for humanity, and a promise of a safer future.”

The entry-into-force of the Treaty on the Prohibition of Nuclear Weapons is the culmination of a worldwide movement to draw attention to the catastrophic humanitarian consequences of any use of nuclear weapons. It represents a meaningful commitment towards the total elimination of nuclear weapons, which remains the highest disarmament priority of the United Nations.

There is just one problem: Not a single nuclear state has ratified the treaty.

The “nuclear nine”—America, Russia, China, Great Britain, France, India, Pakistan, North Korea and Israel—have not given their support to the treaty. Neither have Germany, the Netherlands, Belgium, Italy or Turkey—nato member states that host American nuclear weapons on their soil.

Only two of the states that ratified the treaty—South Africa and Kazakhstan—have formerly had nuclear weapons, but they gave up their weapons decades ago.

In fact, well over half of the states that ratified the treaty are already part of designated “Nuclear-Weapon-Free Zones.” The existing policies of these countries will change little because of this new treaty.

Four of the ratifiers aren’t even UN member states. These include Vatican City, the Palestinian Territories (which doesn’t have universal recognition of sovereignty), the Cook Islands and Niue—the latter two not even being sovereign states but autonomous territories of New Zealand.

Earlier this year, China and India had a skirmish along their disputed border in the Himalayas. Both are nuclear powers. Thankfully, the skirmishes didn’t escalate into a full-on war. But the threat is still there. If Beijing and New Delhi were to go to nuclear war with each other, would the opinions of Honduras and Kazakhstan really stop them?

Would the opinion of the Cook Islands change the mind of Pakistan, India’s other nuclear neighbor? Last year, Pakistan shot down two Indian Air Force planes. That also could have escalated into a nuclear conflict.

What about Israel? Jerusalem has never acknowledged having nuclear weapons, maintaining a policy of “refusing to confirm or deny” the existence of an Israeli nuclear arsenal (though in 2006, Israeli Prime Minister Ehud Olmert accidentally mentioned in passing that Israel possessed nuclear weapons). Iran, which has also not signed the Treaty on the Prohibition of Nuclear Weapons, has repeatedly made public its aims to “wipe Israel off the map” and has been operating a rogue nuclear weapons program for years. What will a piece of paper signed by South Africa do to prevent a nuclear conflict between those states?

The Treaty on the Prohibition of Nuclear Weapons is reminiscent of the Kellogg-Briand Pact, an international treaty implemented in 1929 that literally outlawed war. Participants in the pact included the United States, the United Kingdom, France, Germany, Italy, Japan and Poland. The Soviet Union later joined.

Ten years later, World War ii started with the Nazi-Soviet invasion of Poland, prompting the United Kingdom and France to declare war on Germany. In 1941, the war spread to the Pacific Theater, primarily between the United States and Japan. World War ii ended with nuclear weapons dropped over Hiroshima and Nagasaki. The war’s death toll has been estimated to be roughly 60 million people.

When it comes down to it, the Treaty on the Prohibition of Nuclear Weapons carries the same weight that the Kellogg-Briand Pact did. Only this time, the next world war will assuredly start with the use of nuclear weapons rather than end with it.

Truly, as the Prophet Isaiah wrote millennia ago, “[t]he way of peace they know not” (Isaiah 59:8).

The Apostle Paul wrote, speaking of our day, “For when they say, ‘Peace and safety!’ then sudden destruction comes upon them …” (1 Thessalonians 5:3; New King James Version).

The Bible describes such a time of “sudden destruction”—a time of “great tribulation, such as has not been since the beginning of the world until this time, no, nor ever shall be. And unless those days were shortened, no flesh would be saved …” (Matthew 24:21-22; nkjv). And what greater tribulation could the world go through than a nuclear war?

This latest treaty is only a harbinger of the worst war man will ever experience being at the doors.

But the end of verse 22 gives hope: “[B]ut for the elect’s sake those days shall be shortened.”

This won’t happen because of man coming together and forming a solution. Man has already proved himself incapable of outlawing war. An “anti-nuclear weapons treaty” is coming. And Article 1 of that treaty may read something like this:

[A]nd they shall beat their swords into plowshares, and their spears into pruninghooks: nation shall not lift up a sword against nation, neither shall they learn war any more. But they shall sit every man under his vine and under his fig tree; and none shall make them afraid: for the mouth of the Lord of hosts hath spoken it. (Micah 4:3-4)

To learn more about this coming utopia of peace, happiness and prosperity, please request our free booklet The Wonderful World Tomorrow—What It Will Be Like, by Herbert W. Armstrong.