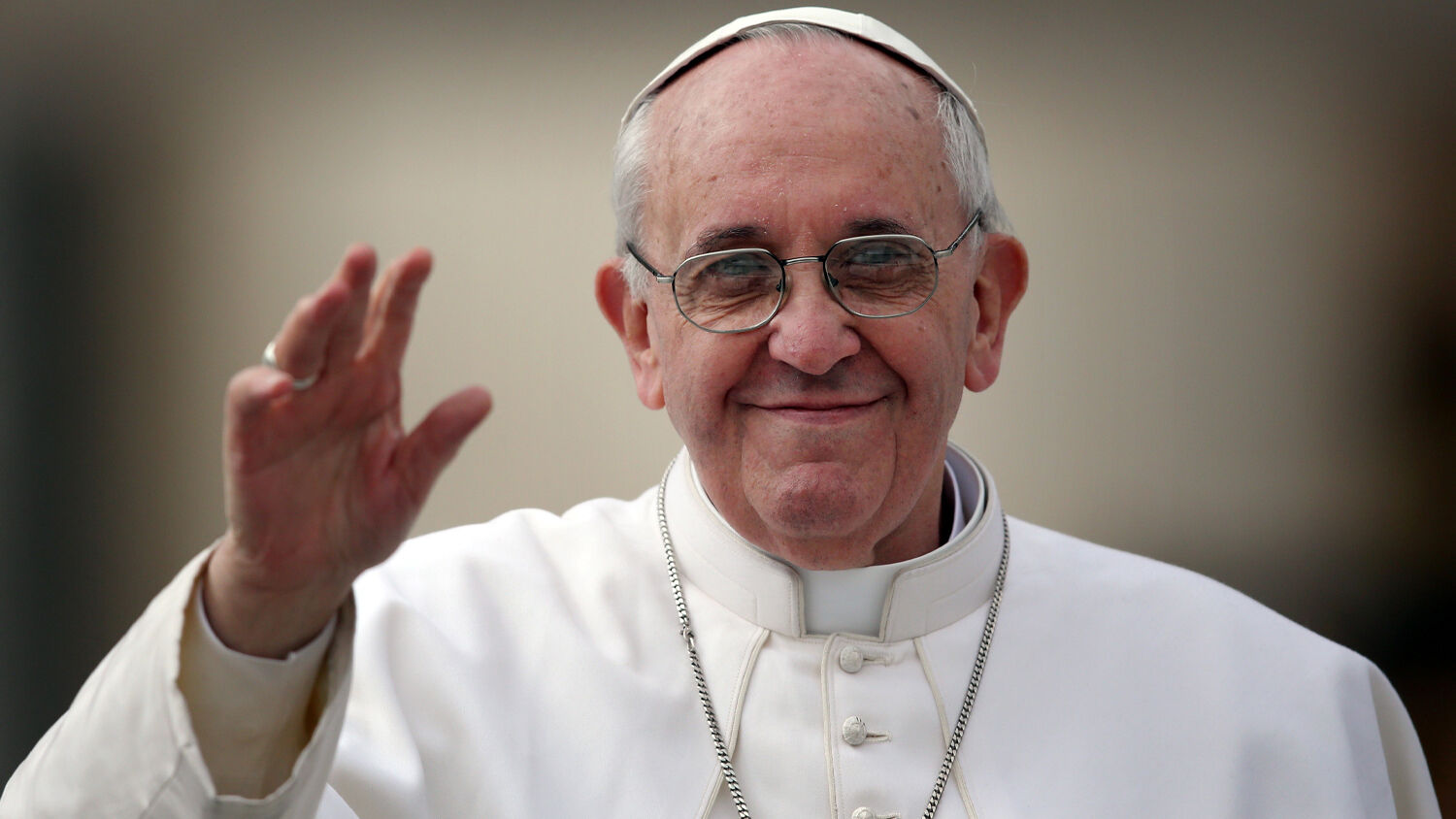 Pope Francis waves to the crowd as he drives around St Peter’s Square.
Christopher Furlong/Getty Images

Even the Catholic Church is surrendering to the lawless spirit of our age.

Pope Francis has endorsed same-sex civil unions for the first time since he was elected pontiff, according to the Catholic News Agency. His comments were actually uttered in a feature-length documentary, which premiered on October 21 at the Rome Film Festival. The documentary primarily explores Pope Francis’s views on climate change, immigration and economic equality. His comments on homosexuality come halfway through the film.

“Homosexuals have a right to be a part of the family,” he states. “They’re children of God and have a right to a family. Nobody should be thrown out, or be made miserable because of it. What we have to create is a civil union law. That way they are legally covered.”

The fact that Pope Francis supports same-sex civil unions is unsurprising. Back when he was still working as the archbishop of Buenos Aires, he endorsed same-sex civil unions as an alternative to same-sex “marriage.” But publicly repeating this position as pope represents a historic shift for the Roman Catholic Church. In 2003, the Vatican’s office on doctrine taught that “respect for homosexual persons cannot lead in any way to approval of homosexual behavior or to legal recognition of homosexual unions.”

This means that Pope Francis is breaking with a precedent set by his predecessors Pope John Paul ii and Pope Benedict xvi. The fact that Francis is able to do this without causing a schism in the Catholic Church shows how much the world has changed in the past few decades. When Pope John Paul ii was elected in 1978, no nation recognized same-sex civil unions or “marriages.” In 1989, Denmark became the first nation to provide legal recognition of relationships formed by unmarried same-sex couples. In 2001, the Netherlands became the first nation to legally recognize same-sex “marriages.”

In 1983, the Vatican issued a law code that included 700 fewer laws than the code released in 1917. The late theologian Herbert W. Armstrong commented on this code, saying: “The moral and spiritual trend in the world is toward more liberalism—more permissiveness. … Now even the Roman Catholic Church, in order to keep alive in an immoral and unrighteous world, is relaxing and giving people what they like to call ‘their rights.’”

Now, 37 years later, Catholic leaders are even putting same-sex civil unions on the negotiating table. Communist philosophers and far-left activists have been trying to redefine family for a century. Now even churches and religious institutions are surrendering to this line of thinking. Almost no one is standing up for the biblical definition of family.

The Bible condemns homosexuality as a sin (Leviticus 20:13; Romans 1:26-28; 1 Corinthians 6:9), and it does so for good reasons. To find out why God teaches against homosexuality and effeminacy, please read our free booklet Redefining Family. It contains vital biblical truths and inspiring hope that even churches no longer teach!