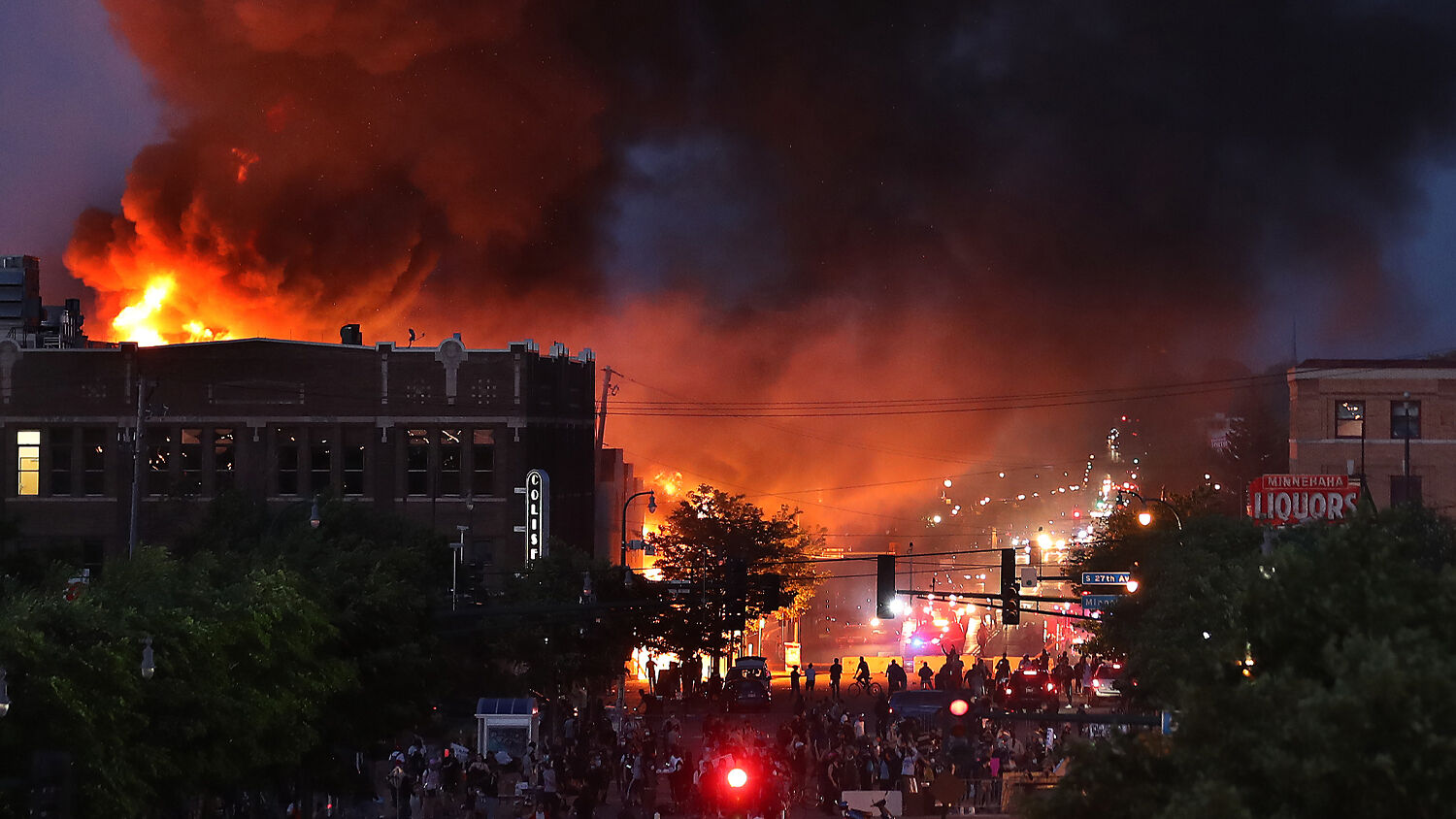 The average American probably thinks that an event as violent as the Bolshevik Revolution could never happen in the United States.

A member of the executive committee of the Colorado Democratic Party is planning a revolution if United States President Donald Trump wins reelection. Investigators working for Project Veritas secretly recorded a series of interviews with Kris Jacks and published them on October 13. The exposé is part of an ongoing video series exposing the Communist infiltration of the Bernie Sanders movement and the Democratic Party.

“I am going to do everything morally acceptable to win,” Jacks said. “I will lie. I will cheat. I will steal. Because that’s morally acceptable in this political environment. … We are pirates on a pirate ship. … I want to make this point very loudly and very clearly. I said it nicely before, but I’ll say it more curtly now. 2020 is a political revolution.”

If all this cheating does not stop President Trump from winning reelection, Jacks spoke about the need for violence: “I’m gonna be in my garage, right next to my gun safe, all night long, on the 3rd, because that is how seriously I take this stuff. … Well, when it comes to civil war, violence-type stuff there’s always military guys, like former guys that stand up for the right thing—when that time comes, then we gotta get some of those type people involved.”

He also noted that to change the country it would be necessary to target billionaires for assassination: “You really want to change this country that way, with violence, there’s only one way to do it. You gotta get people that are close to billionaires and start just, random billionaires start turning up dead. … Populist uprisings have power because we used to kill people. We used to hang people from gas stations. We used to cut off their heads. We don’t have to actually cut heads. We just have to say that we’re willing to cut off heads.”

After publishing this video exposé, Project Veritas founder James O’Keefe confronted Jacks with the footage, and Jacks confirmed that he stood by everything he said in the interviews (even after they were made public). This is worrying considering that Jacks works as a trainer, mentor and on-the-ground “quarterback” at Our Revolution protests. It is even more concerning when you know that Jacks is not the first activist to espouse such bloody ideas.

Last January, Project Veritas released video footage of two Bernie Sanders staffers predicting that America may be on the verge of a Bolshevik revolution. “A militant labor movement is kind of our last—our last real—chance before we try other means,” said field organizer Mason Baird. “After we abolish landlords, we don’t have to kill them, that’s my feeling, I think it’s damaging to the soul, but there were plenty of excesses in 1917 I would hope to avoid.”

Shockingly, Baird was one of the more moderate people revealed by Project Veritas.

Yet another Our Revolution activist, Kyle Jurek, even suggested the use of prison camps to reeducate Trump supporters. “There’s a reason Joseph Stalin had gulags, right?” he said. “Actually, gulags were a lot better than what the cia has told us that they were. Like, people were actually paid a living wage in gulags; they had conjugal visits in gulags. Gulags were actually meant for, like, reeducation. Greatest way to breaking a … billionaire of their, like, privilege and the idea that they’re superior, go out and break rocks for 12 hours a day. You’re now a working-class person and you’re going to … learn what that means, right?”

Jurek also warned that cities would “burn” if President Donald Trump were reelected.

America has already witnessed a lot of burning this summer, as Black Lives Matter inspired riots over the death of George Floyd, causing $2 billion in property damage across the nation. And a number of radical activists are threatening even more violence. The average American probably thinks an event as violent as the Bolshevik Revolution could never happen in the United States. But he does not realize that there is an organized movement working to abolish the U.S. Constitution and establish a Communist system of government.

With more than 100,000 members, Our Revolution acts as a front for the three most influential Marxist groups in America: the Democratic Socialists of America, the Communist Party usa, and the Freedom Road Socialist Organization. And many Our Revolution activists are committed to making sure America’s streets are filled with rioters.

The late Herbert W. Armstrong explained in his book The United States and Britain in Prophecy that the peoples who settled the U.S. and Britain descended from the ancient Israelites. God made an unconditional promise to Abraham to give his descendants great material wealth. God gave the U.S. and Britain nearly three fourths of the world’s usable resources during the peak of their power. But God did not promise to keep blessing these nations if they rebelled and turned away from Him.

A prophecy in Leviticus 26 states that if the descendants of Israel came to despise God’s statutes, He would strip away their blessings and allow their cities to be laid waste. In a January 1949 Plain Truth article, “The Plain Truth About Communism,” Mr. Armstrong specified that communism is a tool of the devil to blot out America’s blessings. He wrote:

The real goal of the Communist plotters is the violent overthrow of the United States and the British Empire. Why? We are the real “capitalist” nations. We possess nearly three fourths of all the world’s “capital”—its developed and usable resources and wealth. … The plain truth, known by so few, is that we possess greater wealth and national resources than any other nation ever did, because Almighty God gave us this wealth in fulfillment of His birthright promise to Abraham, Isaac and Jacob! And communism is the devil’s effort, through his demon-inspired human tools, to take from us this greatest national and economic blessing God ever conferred on any people!

Mr. Armstrong based his forecast of future events and trends on Bible prophecy. Hosea 7:8-9 predict that the modern-day descendants of ancient Israel would mix themselves with foreigners and, by extension, their foreign ideologies. The far-left ideas put forward by the Democratic Party today are not based on traditional American culture, which is largely based on the Bible. They are ideas that were brought to America from German and Russian universities. For decades, these anti-Bible ideologies have subversively “devoured” America’s strength while the average citizen “knoweth it not.”

Soon, the atheistic ideals of Communist philosophy will ignite a violent revolution.

This passage describes cause and effect. The people are “laden with iniquity,” or sin, therefore the “whole head is sick.” The government is corrupt and the nation is faint. As a consequence, the people “revolt more and more.” This revolution intensifies until strangers burn down cities and tear down America’s system of government.

The coming violence in America’s cities is punishment, but it is punishment with a purpose. To learn about why God is punishing America, and how He plans to restore the nation to greatness, please read our free booklet Great Again, by Trumpet editor in chief Gerald Flurry. It explains why America is falling fast—yet its greatest glory ever is imminent!