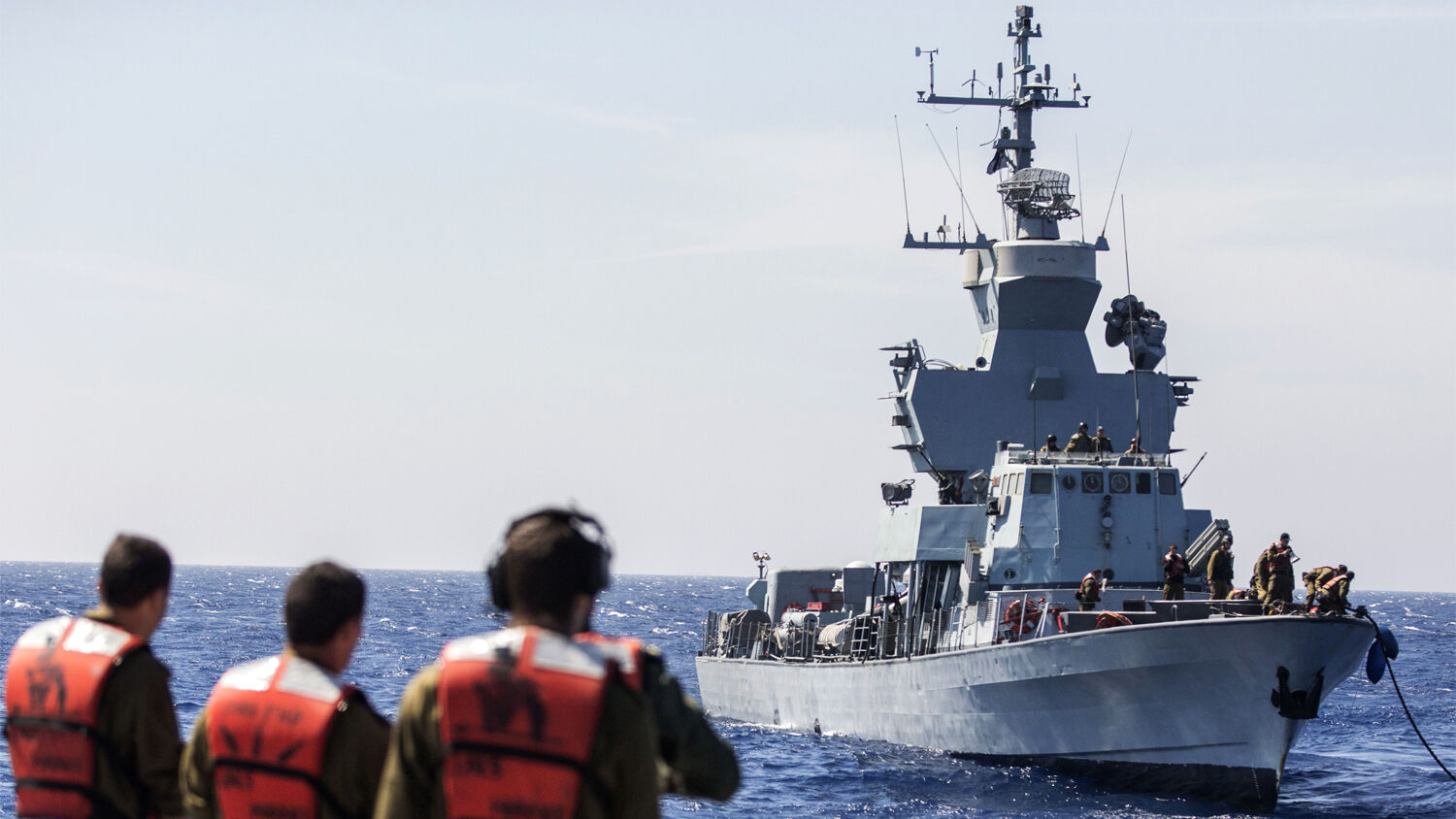 Israel’s first talks with Lebanon in 30 years are a sign of Iran’s weakening hold over Lebanon.

Israel and Lebanon began negotiations this week to end the 30-year dispute over their maritime borders. This is a rare breakthrough for the long-time enemies that are technically still at war.

Israeli and Lebanese teams met in tents at the United Nations Interim Force in Lebanon (unifil) headquarters in Naqoura, near the border with Israel. The first meeting, which lasted about an hour, commenced on Wednesday and involved indirect negotiations via United States mediation. The Lebanese delegation said the next meeting would take place on October 28 and meetings would continue every two weeks.

The Jerusalem Post reported that the Lebanese Army tweeted that the negotiations are in “supreme interest of our country” and meant “to establish national sovereignty over the Lebanese borders and enable Lebanon to invest its natural resources of oil and gas within its exclusive economic zone that is preserved by international law.”

An exclusive economic zone is a sea zone over which a sovereign state has special rights regarding the exploration and use of resources cultivated in the zone. This particular dispute is over 330 square miles of potentially gas-rich Mediterranean waters that both Israel and Lebanon claim. Lebanon has more to gain with this area since it imports billions of dollars of oil, diesel and liquid gas each year, while Israel uses its own natural gas and even exports some. Considering Lebanon’s current economic crisis, the natural gas from the disputed area could provide its economy with a needed boost.

Via @AFP: The disputed zone.

Israeli officials claim: If Lebanon is serious, an agreement can be reached in weeks or months https://t.co/5CSfueIaf2 pic.twitter.com/6RrBVyUbyG

Something has changed in Lebanon to allow the talks to take place. Why would Lebanon, and more specifically Hezbollah, allow this?

Amos Yadlin, a retired general in the Israel Defense Forces and current director of the Institute for National Security Studies in Israel, addressed the situation in a briefing attended by Trumpet staff on Wednesday. “Why has Hezbollah agreed?” he asked. “Because Hezbollah, very much like the state of Lebanon, is also in a lot of pressure.”

A lot of this pressure is coming from the public. The talks have come several weeks after the U.S. implemented more sanctions on political allies of Iran-backed Hezbollah. They also follow the devastating explosion at the Port of Beirut in August, when hundreds lost their lives, thousands were injured, and around a quarter of a million people were made homeless.

“Hezbollah is blamed by the Lebanese for the accident in the port, not directly, not by everybody. But they have to explain a lot of activity they are doing in a civilian area,” Yadlin said. “The main motto of Hezbollah, ‘We are the defenders of Lebanon,’ is not anymore after 15 years from the Second Lebanese War.”

In 1982, following Israel’s invasion of Southern Lebanon, a group of Lebanese Shiite clerics formed Hezbollah with the goal of driving Israel out. After the war ended, Hezbollah was one of the few militia groups not disarmed by the Syrians. It continued to defend Lebanon against attacks from Israel, but after allowing the nation to collapse, and now with the start of talks with Israel, Hezbollah is facing criticism at home that the negotiations signal a weakening in its resistance to Israel.

“Hezbollah is the real ruler of Lebanon, don’t have any illusions,” he continued. “If Hezbollah didn’t want this negotiation to happen, like it didn’t want it to happen in the last decade, it wouldn’t be a reality.” It is only now that the situation, bolstered by Lebanon’s political and economic situation and pressured by French reform and U.S. sanctions, has caused Hezbollah to remove the veto and allow the Lebanese government to go forward in the talks.

Hezbollah also has to prove that it is not blocking the possibility of Lebanon having more resources from the Mediterranean gas fields, which cannot be developed now because of the disagreement with Israel.

All these moves point to Hezbollah’s weakening, though still powerful, position in Lebanon.

Michael Young, senior editor at the Carnegie Middle East Center, wrote in his article “Can Lebanon Survive As It Is?”: “Much attention in recent weeks has been focused on the aborted formation of a new government according to a road map laid out by French President Emmanuel Macron.” Hezbollah has been striving to maintain its power in the Lebanese government, but with decreasing influence in recent months, it may not be able to for much longer.

“Since last October, Hezbollah has trapped itself by refusing to give any ground to popular protests in Lebanon and by bolstering the politicians. However, in doing so it has provoked a gradual disintegration of the system it was trying to prop up, widespread popular anger, and a social situation in Lebanon that makes the party’s contract with Iran—to act as a deterrent against Israel—far more difficult to implement. If things continue along this path, Lebanon may, conceivably, enter into a period of civil strife that threatens Hezbollah’s interests even more. In stubbornly resisting all options, the party may be bringing about the very situation its most vociferous enemies had sought to impose on Hezbollah—an internal conflict that would neutralize it as a tool of Iran,” wrote Young.

The Trumpet has been watching for years for Lebanon to become free from Iranian domination at the hand of Hezbollah. As we wrote in our recent Trumpet magazine, events in the aftermath of the August 4 Beirut explosion will weaken Hezbollah’s power in the nation. These first talks between Israel and Lebanon in over three decades are another sign of this prophesied divide.

We base this forecast on a prophecy in Psalm 83, which details an end-time alliance of nations that includes biblical Gebal, or Lebanon, and the “inhabitants of Tyre,” referring to Southern Lebanon. Other nations in this alliance are Turkey, Syria, Jordan and Saudi Arabia. Iran, or ancient Persia, is nowhere mentioned in the list of countries in Psalm 83.

The Trumpet’s Jerusalem correspondent, Brent Nagtegaal, wrote about this Psalm 83 alliance in “Lebanese Voices Call for Hezbollah to Renounce Iranian Ties or Leave”:

This alliance of moderate Middle Eastern nations are largely an anti-Iranian alliance, which is further indication that Lebanon will flip from a proxy of Iran to an adversary. This could not happen if Hezbollah maintains its power in Lebanon.

We understand how bold it is to claim that Lebanon will fall out of Iran’s grasp, even as we report often on how powerful Hezbollah is. Nevertheless, the Bible is clear about Lebanon’s future, and Iran will have no part in it. The internal struggles that Lebanon is facing right now show how close we are to this coming change.

It’s important to continue to watch Lebanon as calls for Hezbollah to quit its allegiance to Iran or leave the country grow louder. Given how critical Hezbollah has been for Iran’s plan to threaten Israel, it is only logical that Hezbollah will not retreat without being forced out.

Continue to watch the little country of Lebanon and the bigger countries influencing it. Facilitated by the United States, Lebanon began talks with Israel—the first in 30 years. Now France and America are asking Lebanon’s government to conform to their conditions if it wants continued help. And the Lebanese government needs the help.

Young wrote, “In his press conference on September 27 related to the situation in Lebanon, Macron said something else that surely registered with many Lebanese, when he mentioned the possibility of a ‘political recomposition in Lebanon.’ His remarks represented implicit acknowledgment that the Lebanese social contract is broken, and that the political system created by the post-Ta’if constitution is no longer functional. … However, the mechanism of systemic pillage bankrupted the state and it is plain today that Lebanon has to be rebuilt on new foundations, even if the political class is now putting its hopes in offshore gas to forever postpone that deadline.”

As Trumpet editor in chief Gerald Flurry wrote in “Why We Told You to Watch Lebanon,” “Lebanon was—and is—dominated by Hezbollah, an Iranian proxy terrorist group. But I explained the prophecy in Psalm 83 that foretells Lebanon’s future. It shows that Hezbollah will forfeit much of its power and that Iran will lose its grip over Lebanon—that the nation will instead ally with Saudi Arabia and other moderate Arab states, along with German-led Europe.”

To understand where these events are leading, please read “Why We Told You to Watch Lebanon.” Also, check out our Trends article on the subject to understand why the Trumpet watches for an alliance between Arabs nations and Europe.