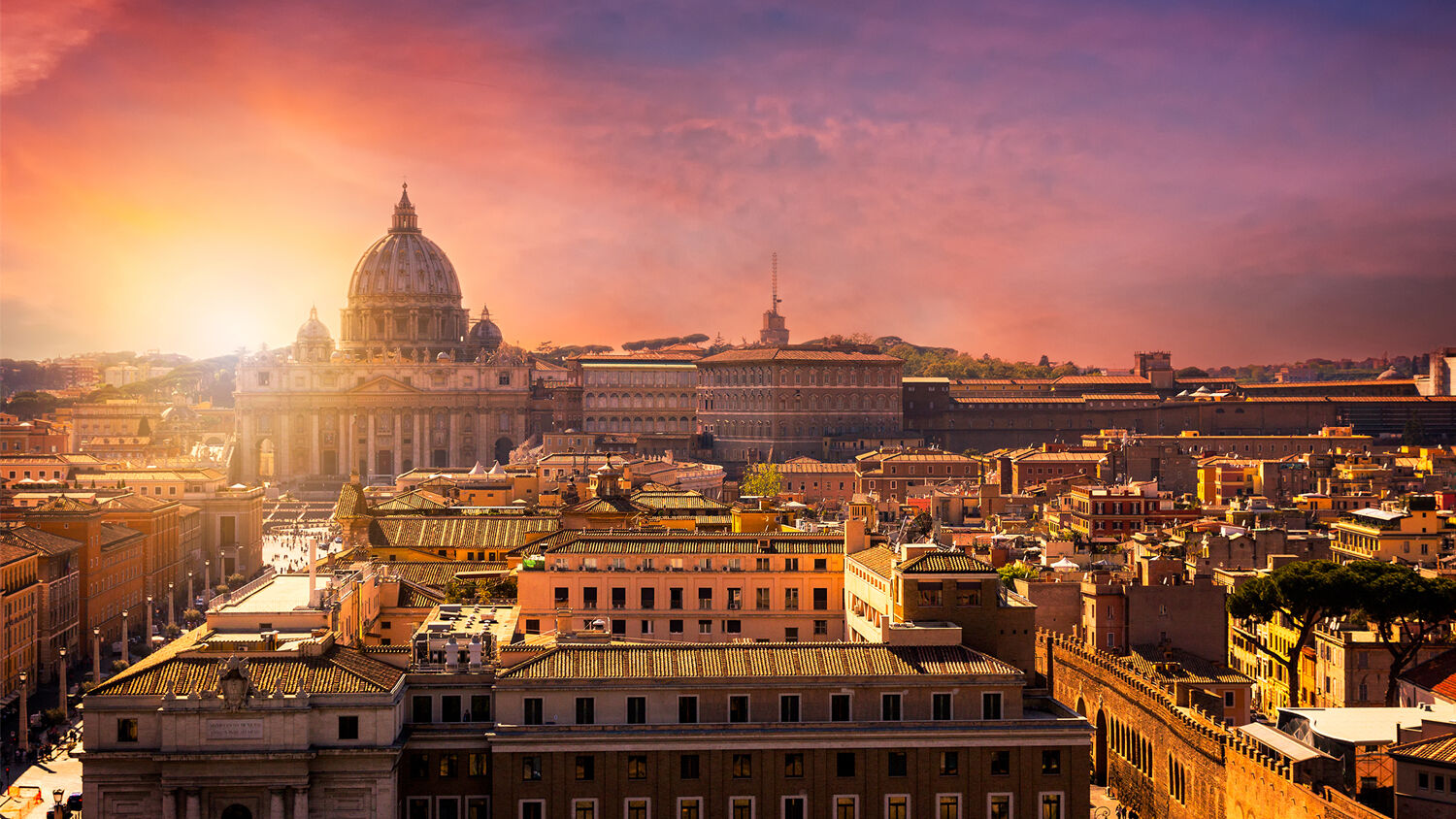 The Bible foretells division between America and the Catholic Church.

United States Secretary of State Mike Pompeo published an open letter on September 18 castigating the Vatican for negotiating a confidential deal with Communist China. The text of this deal remains secret, but we know it gives an atheist dictatorship a direct role in appointing Catholic bishops. Proponents of the deal argue that it opens the door to full diplomatic relations between the Vatican and Beijing, while critics compare it to concordats the Vatican signed with Benito Mussolini and Adolf Hitler before World War ii.

“The human rights situation in China has deteriorated severely under the autocratic rule of Xi Jinping, especially for religious believers,” wrote Pompeo. “Credible reports have exposed the Chinese Communist Party’s program of forced sterilizations and abortions of Muslims in Xinjiang, its abuse of Catholic priests and laypeople, and its assault on Protestant house churches—all of which are parts of a ‘Sinicization’ campaign to subordinate God to the party while promoting Xi himself as an ultramundane deity. … If the Chinese Communist Party manages to bring the Catholic Church and other religious communities to heel, regimes that disdain human rights will be emboldened, and the cost of resisting tyranny will rise for all brave religious believers who honor God above the autocrat of the day.”

Two years ago, the Holy See reached an agreement with the Chinese Communist Party, hoping to help China’s Catholics. Yet the CCP’s abuse of the faithful has only gotten worse. The Vatican endangers its moral authority, should it renew the deal. https://t.co/fl0TEnYxKS

After writing his open letter, Pompeo hoped to meet with Pope Francis. But the Vatican denied him a meeting and spurned his efforts to derail the China concordat. Vatican Secretary of State Pietro Parolin told the New York Times that “Pompeo asked to meet” the pope, but Francis “clearly said that he does not receive political figures ahead of the elections.” Parolin also noted that Pompeo’s decision to publish his open letter in a conservative Catholic magazine that has criticized Pope Francis was an insult. So Pompeo ended up hosting a religious freedom event at the Vatican’s U.S. Embassy on September 30, while Catholic officials continued to push forward with their plans for a concordat.

In July, Pompeo announced that securing “our freedoms from the Chinese Communist Party is the mission of our time.” Now he wants to know whether or not the Vatican sides with the Democratic West or the authoritarian East. Some conservative Catholics support the Trump administration’s attempt to hold China accountable for atrocities being committed against Catholics, Protestants, Uyghurs, Hong Kongers, Tibetans and Falun Gong practitioners. But Pope Francis’s Vatican hierarchy is prioritizing diplomatic relations with China above the needs of the millions of people China is oppressing. Some are even comparing Pope Francis’s actions to the 1929 Lateran Accords that the Vatican signed with Fascist Italy, or to the 1933 Reichskonkordat the Vatican signed with Nazi Germany.

Why is the Vatican hierarchy more willing to deal with China than the U.S.?

Uki Goñi is an Argentine author whose research focuses on the Vatican’s historic role in organizing “ratlines” to help Nazi criminals escape to Argentina. In a 2015 editorial for the New York Times, he wrote that you could not understand Pope Francis without acknowledging that his worldview was shaped in Juan Peron’s Argentina. Francis warns about the “excesses of capitalism” while expressing sympathy for communism because he follows the sort of Catholic socialism practiced during Peron’s presidency.

“Today, the church in South America is threatened not by Marxism but by the gradual drift of its faithful toward evangelical Protestantism, which offers a more direct relationship with God,” wrote Goñi. “It comes naturally, then, to Francis, who became a priest in Argentina’s politically engaged church hierarchy, to adopt a populist political tone to combat that drift. He speaks directly to the region’s poor with a fire found in the ‘liberation theology’ that inspired South America’s leftist revolutionaries of the 1970s.”

So, according to Goñi, Pope Francis feels more threatened by evangelical Christians (like Mike Pompeo) than he does by Marxist dictators (like Xi Jinping). And many influential Catholics agree with him. The chancellor of the Pontifical Academy of Social Sciences has praised Communist China as the world’s “best implementer of Catholic social doctrine.”

A leading Jesuit magazine in the U.S. published an editorial titled “The Catholic Case for Communism,” arguing that Communists can be good Catholics. Meanwhile, a leading Jesuit magazine in Italy published an editorial arguing the conservative Catholics who aligned with President Trump’s evangelical supporters were falling prey to an “ecumenicalism of hate.”

Suppose Pope Francis wanted to defeat U.S. evangelicalism and capitalism (a philosophy largely based on the writings of Adam Smith, a Presbyterian). He would need to convince Catholic nations across Europe and Latin America to adopt a more socialist way of running their economies. What better way to accomplish this than a concordat with the world’s leading Communist economy? In his latest encyclical, Francis said that capitalism has failed and the world’s economy needs to be restructured. His China deal is part of a strategy to accomplish this goal. He wants the nations of Europe and Latin America to oppose the U.S. by becoming more like the world’s “best implementer of Catholic social doctrine.”

The Bible reveals that the end-time pope will forge some sort of agreement, or concordat, with a power in Europe. Revelation 17 describes a church that will have power over a political-military union of 10 nations, described in symbolic terminology as a “beast.”

“In the 17th chapter of Revelation we find a beast, and a woman—a great, wealthy but fallen woman—who was riding the beast,” wrote Herbert W. Armstrong in Who or What Is the Prophetic Beast? “The Bible describes the symbol ‘woman’ to mean a church (see 2 Corinthians 11:2; Revelation 19:7; Ephesians 5:22-27). On the other hand, ‘beast’ is a symbol of a kingdom, or empire. Let us be consistent. The beast of Revelation 13 is not the woman who rode the beast—the beast is the government, and the woman is a church.”

Later in his booklet, Mr. Armstrong explained that this particular beast is the Roman Empire and that the Bible prophesied that it would be resurrected 10 times.

“The seventh head with its 10 horns, in the 17th chapter, will be, as the 17th chapter explains, the revival of the beast, the Roman Empire, ‘out of the bottomless pit’ by a ‘United States of Europe,’ or federation of 10 European nations centered within the bounds of the old Roman Empire (Revelation 17:12-18). This is actually beginning today!” he wrote.

Anyone concerned about the deals the pope is making with dictatorships around the world needs to read Who or What Is the Prophetic Beast? This booklet deals with governments and wars that will bring this age of the world to its end!