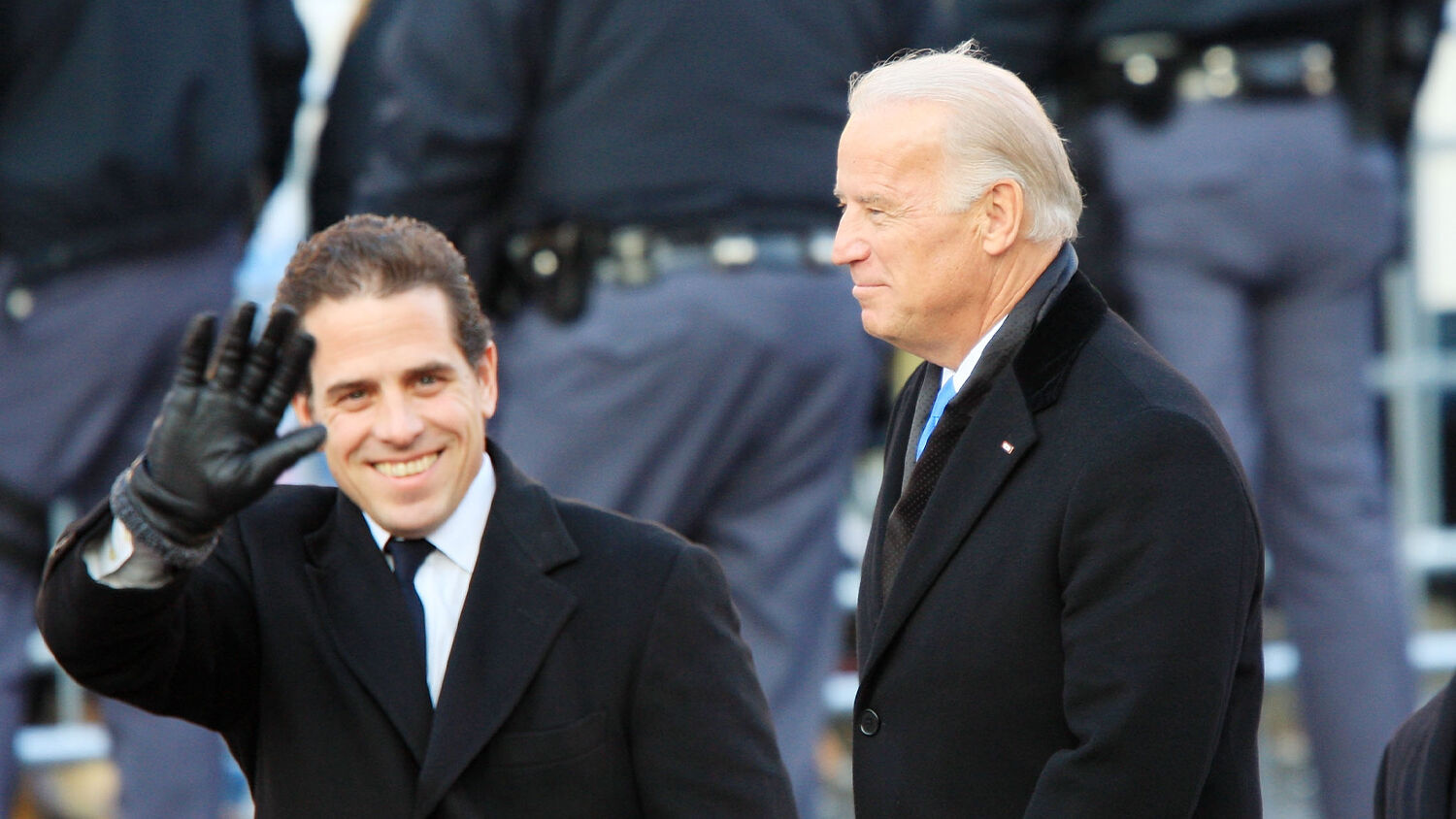 Politicians are enriching themselves at the expense of the nation.

The United States House of Representatives impeached President Donald Trump last December after Democrats accused him of pressuring the president of Ukraine to investigate Hunter Biden’s business corruption. Now, an earthshaking Senate report reveals President Trump was right to be concerned. The Biden family has enriched itself by selling U.S. technology to foreign nationals. This poses a strategic threat to America!

On September 23, the Senate Committee on Homeland Security and Governmental Affairs released a report titled “Hunter Biden, Burisma, and Corruption: The Impact on U.S. Government Policy and Related Concerns.” It found that Hunter Biden sent thousands of dollars to Ukrainians and Russians linked to what “appears to be an Eastern European prostitution or human trafficking ring.” It also found that Hunter Biden accepted $3.5 million from the wife of a corrupt former Moscow mayor and made several trips to China under Secret Service protection while his father was vice president. All this raises grave concerns that Ukrainian, Russian, Kazakh and Chinese nationals were attempting to bribe the Obama administration by giving large sums of money to Joe Biden’s family.

“The Treasury records acquired by the chairmen show potential criminal activity relating to transactions among and between Hunter Biden, his family, and his associates with Ukrainian, Russian, Kazakh and Chinese nationals,” reads the report. “These foreign nationals have questionable backgrounds that have been identified as being consistent with a range of criminal activities, including but not limited to organized prostitution and/or human trafficking, money laundering, fraud and embezzlement.”

Republican Sen. Ron Johnson and Charles Grassley accused Democrats of hypocrisy for falsely accusing President Trump of illegally colluding with Russia while Biden’s son was doing business with Russian oligarchs. Joe Biden has attempted to sidestep the issue, telling reporters in Des Moines that he has not spoken to his son about his business ventures and said the Senate should be focusing on President Trump’s phone call to Ukraine.

Many details about Hunter Biden’s illicit business ventures were already public information before the Senate report. On September 5, the head of the Florida-based Government Accountability Institute released a documentary titled Riding the Dragon: The Bidens’ Chinese Secrets. This documentary reveals that Hunter Biden worked for a Shanghai investment firm involved in selling American technology to China’s military. When Hunter Biden was a director at Bohai Harvest rst, the firm purchased U.S. auto parts maker Henniges. The Obama administration had to approve this deal, as Bohai Harvest rst has ties to the Chinese military and Henniges produces goods with military applications.

“We also know that these deals didn’t just make the Bidens money; they had potentially dangerous consequences for our national security,” noted documentary maker Peter Schweizer. “Hunter quietly maintains an ownership stake in the firm, a stake worth millions of dollars, and stands to be worth even more as its China partnership prospers.”

In his bestselling book, Clinton Cash, Schweizer noted how the Russians made large donations to the Clinton Foundation just before then Secretary of State Hillary Clinton approved the sale of a Canadian-based company that controls 20 percent of U.S. uranium reserves to Russia’s nuclear energy agency. His new documentary shows how the Biden family is involved in similar sorts of deals with the Communist Party of China.

As shocking as this level of corruption may seem, it is not unique to the Clinton and Biden families. “The central pillar of the corrupt new order is the American elite’s relationship with China,” Lee Smith wrote in the Tablet. “American political and corporate elites didn’t choose decline. They chose to get rich. By shipping America’s manufacturing base off to China, they seized a business opportunity the likes of which had never been seen before—an enormous captive labor force controlled by an authoritarian regime that guaranteed the steady production of goods at a fraction of what it would cost at home.”

Since the Clinton White House granted China most favored nation trade status in 2000, over 3.7 million American jobs have been lost to China—mostly in the U.S. manufacturing sector. President Trump’s trade war with China has earned him the enmity of the Clintons, the Bidens and America’s whole China class—which has grown wealthy helping China become a world-class power by offshoring America’s industrial strength.

In many ways, President Trump is leading a populist revolt against an American “deep state” that is betraying the interest of the American people to foreign powers like China.

In ancient times, the Prophet Amos condemned such greedy leaders who put their own selfish interests above the interest of their people. “Woe to them that are at ease in Zion, and trust in the mountain of Samaria, which are named chief of the nations, to whom the house of Israel came! … Ye that put far away the evil day, and cause the seat of violence to come near; That lie upon beds of ivory, and stretch themselves upon their couches, and eat the lambs out of the flock, and the calves out of the midst of the stall; That chant to the sound of the viol, and invent to themselves instruments of musick, like David; That drink wine in bowls, and anoint themselves with the chief ointments: but they are not grieved for the affliction of Joseph. Therefore now shall they go captive with the first that go captive, and the banquet of them that stretched themselves shall be removed” (Amos 6:1-7).

In the time of the ancient Israelite King Jeroboam ii, powerful people “put far away the evil day” as they enriched themselves afflicting the people of Israel. They “swallow up the needy” and engaged in deceitful business practices (Amos 8:4-7). But God promised these people would be the first to be taken captive when the Assyrians invaded.

Today, you see this same attitude in America—especially among the political class selling America’s industrial might and natural resource wealth to foreign nations in return for profit. They put far away the evil day and refuse to mourn for the affliction of their nation. President Trump has built his political campaign on a promise to drain the swamp of establishment politicians and start fighting for the interests of the American people. But his campaign to make America great again will be short-lived if the American people do not repent of the sins that brought the nation to this point.

Trumpet editor in chief Gerald Flurry explained that President Trump is an end-time King Jeroboam ii in his article “Who Is the Modern-Day Jeroboam?” Like the ancient King Jeroboam ii, God uses him to save his nation from the brink of destruction, just as God warns, “I will not again pass by them any more” (Amos 7:8). This is America’s last chance to repent. That is why God is allowing so much governmental corruption to be exposed. People have to see how bad things are if they are going to “wake up” and realize that something is not right.

According to former National Security Agency Director Keith Alexander, the “greatest transfer of wealth in history” is occurring right now as American jobs, industry and technology move to China. America’s days as a world superpower are almost at an end.

To learn more about how Donald Trump’s presidency gives us a clear indication of where we are in Bible prophecy, please read “Who Is the Modern-Day Jeroboam?” by Gerald Flurry. It explains how America is entering the timeframe described in the book of Amos.