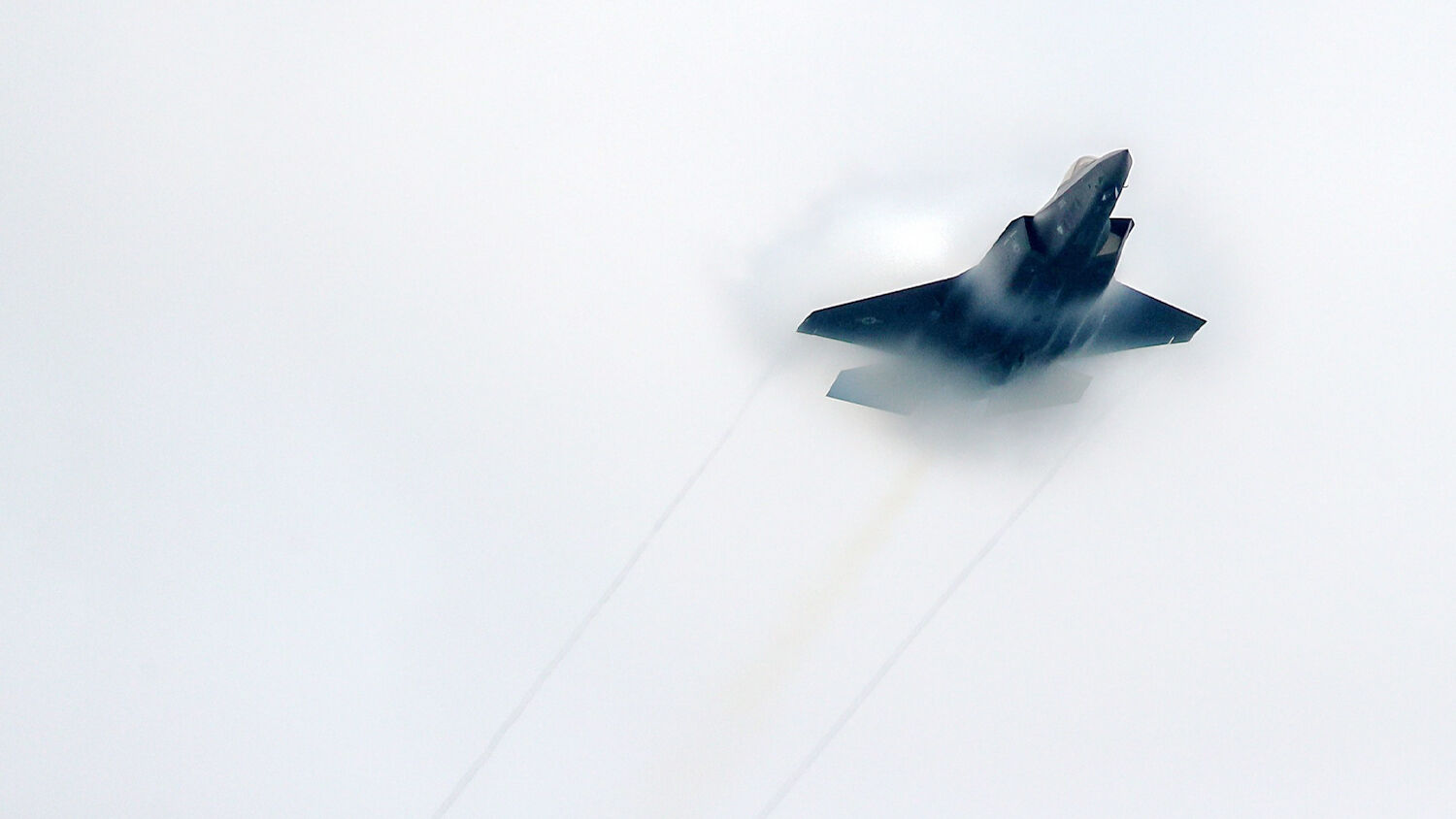 The United Arab Emirates will receive F-35 fighter jets in a secret side deal of the peace accord with Israel.

Rumors of a potential sale of the United States’ premier fighter jet to the United Arab Emirates have circulated since the August 13 announcement of the U.S.-brokered peace deal between Israel and the Gulf state.

The F-35 Lockheed-Martin-made fighter jet has the highly valued ability to slip through enemy radar screens undetected. Until now, Israel is the only Middle East nation to have the jet—a status quo Israel lobbied hard for U.S. President Donald Trump to maintain.

This week, rumors of the F-35 side deal with the U.A.E. were confirmed when Israeli Defense Minister Benny Gantz visited Washington and met with U.S. counterpart Mark Esper.

Discussions between the men centered not on whether the U.A.E. would get the jets, but how Israel’s qualitative military edge would be maintained. Based on a 2008 U.S. law and decades of precedent, the U.S. is committed to making sure Israel has better defenses than other Middle East militaries. “A cornerstone of our defense relationship is preserving Israel’s qualitative military edge in the region,” Esper told Gantz, according to the Pentagon. Exactly how that will be accomplished is unclear.

Instead of peace for peace, as the deal was touted by Israeli Prime Minister Benjamin Netanyahu, it is peace for the F-35. The quid pro quo is clear to the U.A.E., which is working with the U.S. government to ink the deal by December 2—the national day of celebration for the United Arab Emirates.

Understandably, Israelis are now more tempered in their jubilation over the peace accord.

Israeli Air Force Chief Amiram Norkin confirmed the potential danger the sale poses to Israel in an interview with Channel 12 on Tuesday: “These things are not reflected in the strategic analysis as endangering Israel next week. These are things that could produce processes that may, in the long-term strategic balance, be less optimal for the State of Israel.”

It’s also possible that, as the U.S. looks to broker more “peace deals” with Israel and Arab states, more advanced weaponry will be given to them as well. “The fear stems from further steps that will be taken after the first step, and then perhaps the spread which will be broader,” Norkin said. Now that the U.A.E. has been enticed by the F-35s in order to sign a peace deal with Israel, other nations will expect at least the same thing. This could set off a wave of peace deals with Israel but also flood the Middle East with more sophisticated American arms.

Jerusalem Post editor in chief Yaakov Katz concurred in his column this week: “If the U.S. sells F-35s to the U.A.E., it won’t be able to deny a similar request from the Saudis. And even if Israel wanted to lobby the administration or Congress against the sales, its hands will be tied—it’s not going to engage in a political battle against a country with which it just moments ago signed a peace deal.”

To allow the sale and yet preserve Israel’s military edge, Washington is looking for ways of making the F-35 more visible to Israeli radar systems. Commentators have said it will be five or six years at best before the U.A.E. receives the jet. This lag may give Israel enough time to develop a superior system should Abu Dhabi ever decide to direct its fire toward the Jewish state.

In the short term, Israel does not fear such an attack because the U.A.E. has a joint enemy in Iran. In fact, it’s Iran’s pushy foreign policy, along with the U.S.’s withdrawal from the Middle East, that motivated the deal in the first place. But as is often the case in the Middle East, regime change is always possible, which could see the F-35s fall into the hands of a future adversary. It is the long-term forecast that has Israelis uneasy about the deal.

Bible prophecy confirms that they should be.

As we showed in our original analysis of the peace accords, the deals are nothing more than an admission of the need to counter the radical Islamic state of Iran; they are not evidence of newfound love between Gulf Arabs and the Jewish state.

This anti-Iranian alliance now forming between the Gulf states and other Arabs is actually described in Psalm 83. As biblical historians and commentaries will tell you, this alliance has never formed in history—which shows it is for the latter days. One nation not mentioned as part of this Psalm 83 alliance is Israel.

This alliance comes together in the shadow of the Iranian threat, but Iran is not the main target of the prophecy. “They have taken crafty counsel against thy people, and consulted against thy hidden ones. They have said, Come, and let us cut them off from being a nation; that the name of Israel may be no more in remembrance” (verses 3-4).

While the Psalm 83 alliance may come together to target Iran (and will eventually do so), the main purpose of the alliance will be to destroy Israel. This prophecy adds a terrifying dimension to the sale of high-tech military hardware to the United Arab Emirates.

The sobering reality of the Abraham Accords is explained in Trumpet editor in chief Gerald Flurry’s latest episode of the Key of David program, titled “Psalm 83 Prophecy.” In the program, Mr. Flurry explains the “one big flaw in the peace plan,” and he places the peace deals in their appropriate prophetic timeline leading to the coming of the Messiah. If you haven’t yet, please use the next 25 minutes to watch the program below.