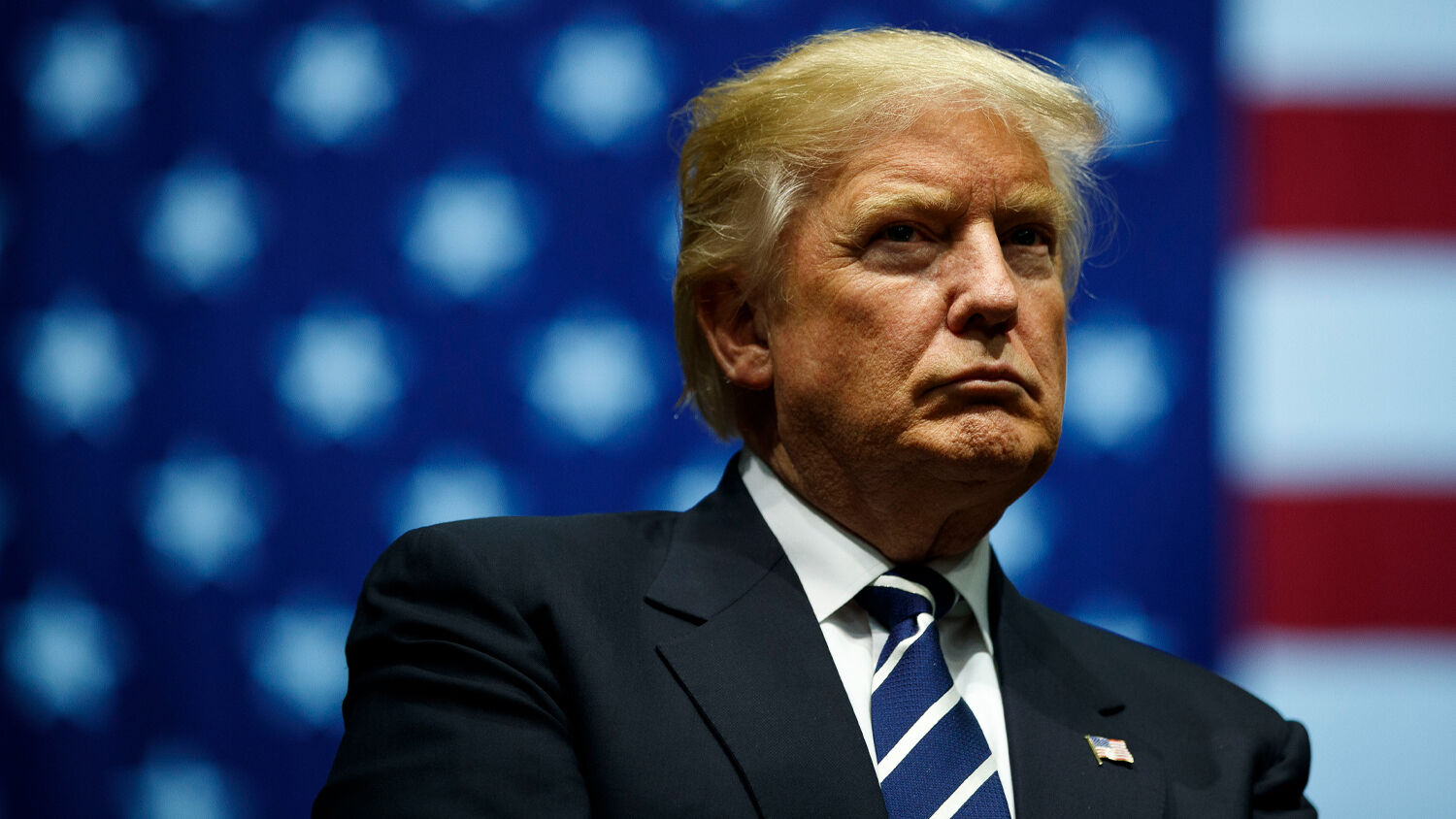 President-elect Donald Trump looks on during a rally at the DeltaPlex Arena in Grand Rapids, Michigan, on Dec. 9, 2016.
Drew Angerer/Getty Images

Is the U.S. president the real threat to democracy?

The prestigious German magazine Der Spiegel warned in its August 22 cover story that the threat of a rising dictator in the United States is real. U.S. President Donald Trump’s enemies are circulating the theory that he is plotting to undermine America’s democracy. Spiegel has set out to prove this theory true, reporting that Trump is becoming a dictator, as if it were fact.

Germany is increasingly cooperating with nations like Russia, China and Turkey, while openly criticizing the one nation that has worked throughout history to preserve the democratic system.

Democracy and America are under attack.

“Almost eight weeks ago, Rosa Brooks, a law professor at Georgetown University in Washington, called a group of 67 men and women to prepare for the unimaginable: an American president who is planning the coup from the White House,” wrote Spiegel (Trumpet translation throughout).

Is Donald Trump actually a dictator in the making? If you were to believe Spiegel, you’d consider this a reality that deserves immediate attention. The magazine continued:

It would be naive to dismiss it as the horror fantasy of notorious Trump haters. Almost everything that is in the report, Trump has already done in a similar fashion. His Attorney General William Barr appointed a special investigator in May 2019 to prosecute the politicians and [Federal Bureau of Investigation] officials who investigated Trump’s links with the Kremlin. He had intelligence material published in order to discredit his predecessor Barack Obama. And he ordered that federal police officers in battle gear march against demonstrators in Portland—against the will of the local authorities.

Spiegel believes it is naive to dismiss these theories. Yet to believe everything the Western liberal media has said about Trump is naive. The media has proved largely hostile toward President Trump. This bias most definitely affects its reporting.

“Democracy in the U.S.A. has probably never been so shaky since the start of the American Civil War,” Spiegel wrote. “Trump’s election fraud operation started long ago. For weeks the president has been questioning the legality of postal votes. At the same time, he has weakened the post, which is jointly responsible for the smooth running of the same. He sows distrust in the population. Rule through chaos is the classic game manual from autocrats.”

Truly, democracy in the U.S. has never been in more danger than it is today. But the real threat is coming from the Democratic Party. “[W]e have Democrats at the highest levels making it easy for people to commit voter fraud, and we have pro-Democrat organizations convicted of carrying out that fraud,” wrote Trumpet managing editor Joel Hilliker. (For specifics and details on how Democrats have also been involved in spying, lying to the American people, and destroying the Constitution, read Mr. Hilliker’s article “The Democrats’ Conspiracy to Steal Elections” and “The Barack Obama Mystery,” by Trumpet editor in chief Gerald Flurry.)

Yet this side of the story doesn’t even get a paragraph in Spiegel’s cover story. Instead it purports that Trump and his campaign are the ones lying to the American people, writing:

Trump is a man who doesn’t want to accept the fundamental principles of democracy, the fact that a defeat is part of politics. … Trump has created his own reality bubble. Because he has been claiming for months—reinforced by his favorite channel Fox News—that the November election will be manipulated, according to a survey, almost 50 percent of Americans now believe that there is something to the claim.

The mainstream media is focused on President Trump, believing he is the sole danger to America’s liberal democracy. But what if it is actually the radical left that is looking to destroy America’s democratic system? After all, it was former President Obama who promised to “fundamentally transform America.” (Read Mr. Flurry’s article “America Has Been Fundamentally Transformed” to understand exactly what Mr. Obama meant by that 2008 promise.) In November 2019, Obama told Democratic donors to be careful because “[t]he average American doesn’t think we have to completely tear down the system and remake it.” Yet that is what he believes needs to happen!

However, Spiegel will never report on those statements. Instead, it focuses on President Trump and the assumptive theories that he is aiming to destroy America’s system. This cover story by Spiegel will go down in history as proof of failed journalism contributing to the demise of the greatest democracy on Earth.

The evidence is there to prove what is really happening in America. The Trumpet has been reporting on the facts, making clear the direction that America is headed. How can we do that? By using the sure word of Bible prophecy. Notice this prophecy for our day in 2 Kings 14:26-27: “For the Lord saw the affliction of Israel, that it was very bitter: for there was not any shut up, nor any left, nor any helper for Israel. And the Lord said not that he would blot out the name of Israel from under heaven: but he saved them by the hand of Jeroboam the son of Joash.”

Mr. Flurry explained in “Saving America From the Radical Left—Temporarily” that this prophecy is about America right now. In The United States and Britain in Prophecy, the late theologian Herbert W. Armstrong explained that biblical Israel in Bible prophecy refers primarily to the United States and Britain. (For a thorough explanation of this truth, please read his free book on this subject.)

The prophecy in 2 Kings 14 then indicates that God has intervened, saving America!

There is a concentrated effort to blot out America today. But God is using one man, a modern-day type of King Jeroboam ii, to save America from that utter destruction—temporarily.

President Trump is not rising up as a dictator, as Spiegel would have you believe. Instead, he is being used by God to save America from the radical left. After this temporary resurgence ends, you can expect to see evil forces from within America and without attacking the once-great superpower.

This growing hostility toward America within Germany is a sign of a coming clash between these two nations. Conflict is brewing. God warned in Bible prophecy that modern-day Assyria, or Germany, would eventually attack America (Isaiah 10:5-6; Ezekiel 23). Germany will rise to power and carry out a foreign invasion against America. That may sound hard to believe now, but the stage is being set for it to happen. Bible prophecy clearly states it will come to pass. (For proof of these prophecies, read Mr. Flurry’s free book Ezekiel—The End-Time Prophet, specifically Chapter 10 about Germany’s coming double cross.)

Many today scoff at these prophecies, but with every passing day we are seeing more and more of these prophecies fulfilled. You can’t afford to be left in the dark, solely relying on biased news reporters. You need to know what the Bible says about America’s future. Mr. Flurry’s book Ezekiel—The End-Time Prophet will help you in your studies.