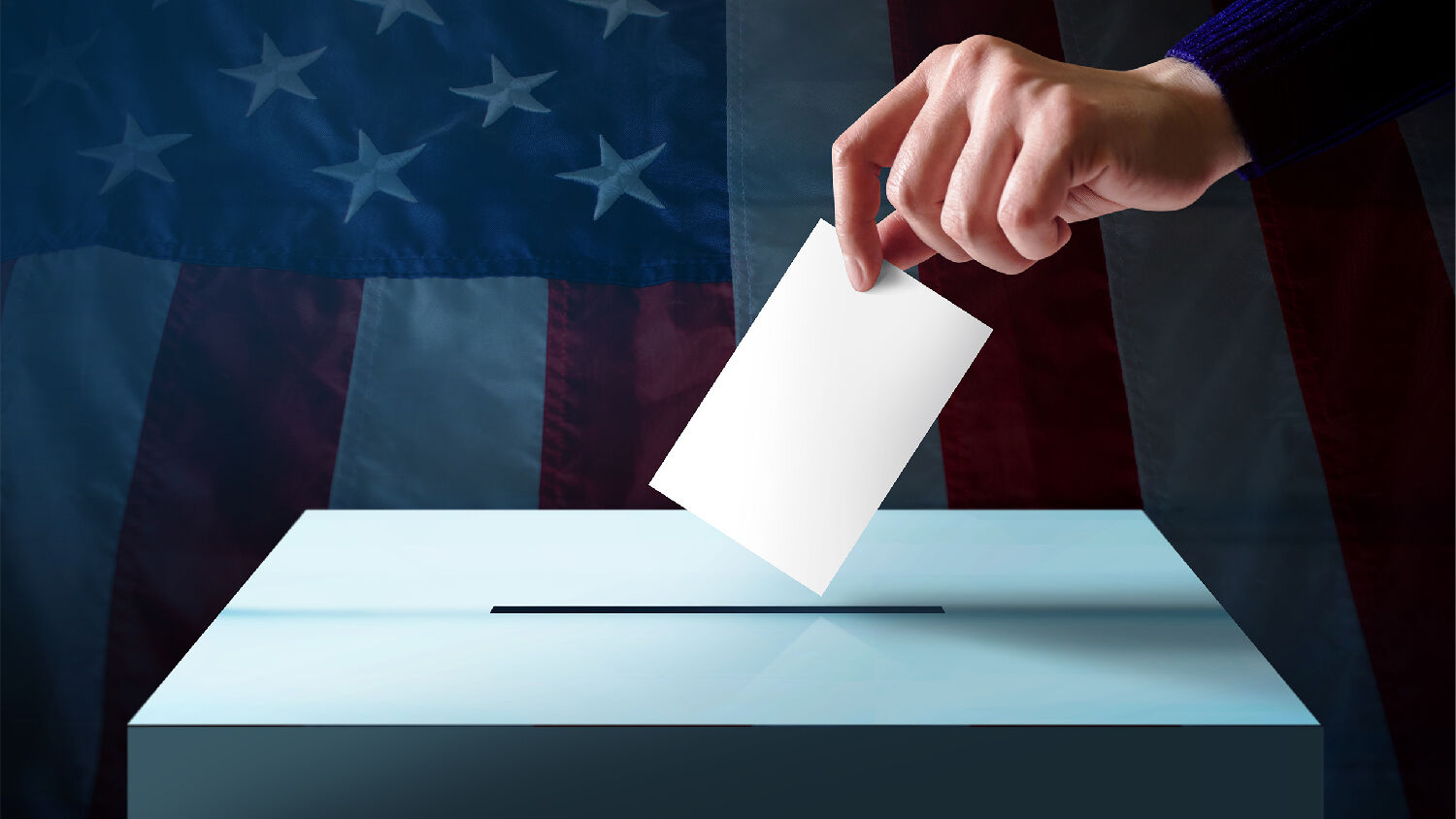 The elections are rigged! But probably not the way you think.

Are American elections free and fair? We hear a lot about Second and Third World countries holding elections that are rigged by those in power: Some “elections” have only one candidate. And we have heard some pretty wild accusations about George W. Bush and now Donald J. Trump “stealing” a United States presidential election.

But most of us assume American elections are un-stealable. Is that true?

Voting fulfills a specific, defined purpose in the republic established by America’s framers. They structured the U.S. Constitution to include democratic elements but avoid the problems of direct democracy, which historically leads to the tyranny of the majority. It is mob rule, and the mob isn’t known for its wisdom. The founders implemented safety measures: giving the people the right to elect representatives directly, to elect senators through state legislatures, and to elect the president through the electoral college.

These constitutional protections are being overwhelmed today. And virtually the entire effort is being led by the Democratic Party.

The power of state legislatures to elect senators was abolished in 1913, and many people are saying it’s time to change many other constitutional provisions. They say anyone and everyone should be able to vote. They want to lower the voting age to 16. They want felons to vote. They want illegal immigrants to vote. They say you are racist if you think voters should have any identification showing they are legally eligible to vote. They want to abolish the electoral college—which would take away much of the states’ remaining power, transfer power from most of the country to its biggest cities, and make voter fraud much easier.

You’ll notice that all these changes would result in more power for Democrats.

-8 states cut back on early voting

-3 states made it harder to restore voting rights for people with past felony convictions
#RestoreTheVote pic.twitter.com/7D0jKUD0BE

At the same time that they act as though America needs far more direct democracy, there is a tendency to ignore the results of votes that produce political outcomes they dislike. They push their agenda through unelected, unaccountable bureaucrats and lifetime-appointed judges. When elected officials pass policies or laws they deplore, they simply ignore them. To this day they will not accept the results of the last presidential election, and are doing everything possible to undermine the will of 63 million American voters.

Sean Spicer (@seanspicer) reminds us that Democrats are reliving the 2016 election over… and over… and over again. And that’s why they will be #LOSERS in 2020! pic.twitter.com/xIbxxYgKbi

This is a growing political force in America. Supporters are convinced of the righteousness of this cause, and they view those who disagree as ignorant, probably racist, possibly subhuman. This movement is determined to implement its policies—and it won’t let even the Constitution stand in its way.

On July 11, RealClearInvestigations published “Who Will Clean Up America’s Voter Rolls?” examining the problem of voter fraud. The article presents the problem as if both Democrats and Republicans encourage illegal voting. But every example in the article is about Democrats. Across the U.S., Democrats—including the Clinton and Obama administrations—have been engaging in a massive conspiracy to ignore voter registration laws and enable voter registration fraud.

It is, by definition, stealing elections.

RealClearInvestigations states, “Los Angeles County has too many voters. An estimated 1.6 million, according to the latest calculations—which is roughly the population of Philadelphia. That’s the difference between the number of people on the county’s voter rolls and the actual number of voting age residents.”

Across California, the voter registration rate is an impossible 101 percent. Seven other states, plus the District of Colombia, and 15 percent of counties nationwide that produce reliable voter data also have voter registration rates above 100 percent. RealClearInvestigations writes: “In sum, America’s voter rolls are a mess—and everyone knows it.”

This is fertile ground for voter fraud: people voting more than once, voting in two states, casting votes for dead people, sneaking ineligible people through to vote, and doing who knows what else to get their candidates elected.

How big is the problem? A 2012 Pew study found that 24 million voter registrations in the U.S. are “no longer valid or are significantly inaccurate.” That’s 1 in 8 voter registrations. It equates to a larger number of voters than Florida or New York state—the third- and fourth-most important states in every national election.

Those 24 million problematic voter registrations include 1.8 million dead people and 2.8 million who are registered to vote in two states.

So many Democrats are trumpeting their concern over free and fair elections. Why not start with the simple step of obeying federal law and updating voter rolls? Yet whenever anyone has tried to ensure that people don’t illegally use dead people, illegal immigrants and other fraud to steal elections, Democrats accuse them of stealing elections.

If America doesn’t have free and fair elections, it loses everything that makes it great. #MuellerReport #MuellerSpeaks pic.twitter.com/XpVrEnliYo

A good example is the 2018 election for governor of Georgia. Brian Kemp won the election, but to this day, Democrats have not conceded. His opponent, Stacey Abrams—a darling of the Democratic Party—accused Kemp of stealing the election. She said: “More than a million citizens found their names stripped from the rolls.” Senior Democrats including Joe Biden, Pete Buttigieg, Hillary Clinton and Kamala Harris have joined in the accusation.

Kemp did remove 1.4 million people from voter rolls when he was secretary of state. Why? Because he was doing his job, enforcing voter registration rules—rules that Democrats had been conveniently ignoring to their own advantage. RealClearInvestigations said that “no evidence of wrongdoing has emerged.” These Democrats launched serious accusations of stealing an election with no evidence.

“This is simply a redux of a failed system that is designed to both scare people out of voting and … make it harder for them to vote” pic.twitter.com/9qfApTunQG

The Atlanta Journal-Constitution checked if Kemp’s actions had blocked actual voters from voting. They picked 50 names at random from the 1.4 million that had been removed from the rolls. They found that 20 were ineligible to vote in Georgia for various reasons, 17 had moved out of state, two were ineligible due to felony convictions, one had died, and the other 10 could not be tracked down because they had changed addresses too many times and had phone numbers that didn’t work. So those who “found their names stripped from the rolls” didn’t live in Georgia, were in prison, didn’t care to be contacted, or were dead.

Congress has passed laws to prevent voter rolls from becoming inaccurate and manipulated into stealing elections. But Democrat officials have refused to follow them.

In 1993, Congress passed the National Voter Registration Act. Often when people move, they don’t write their local electoral authorities to inform them that they’re no longer eligible to vote there. Section 8 of the National Voter Registration Act established a pretty gentle solution: States should review their lists for accuracy. If a voter’s registration appears to be no longer valid, the state sends them a letter asking them if they are eligible to vote. If they don’t reply, they are listed as inactive. Yet even people listed as “inactive” can still vote. If they vote in any of the next two federal elections, they’re removed from the “inactive” list.

Yet even this minimal solution is ignored by Democrats. They outright refuse to obey the law—so their party can continue receiving fraudulent votes. Robert Popper, a former Department of Justice official who focused on voting, told RealClearInvestigations, “The willingness of Democratic administrations to just make war on the nvra is appalling.”

In 1998, the Clinton administration allowed the state of California to reinterpret the nvra so that people who become inactive will never be removed from the voter rolls. Since then, California and many other states have done almost nothing to keep their rolls up to date. In 2012, Democrat Alison Lundergan Grimes was elected secretary of state in Kentucky, the state’s highest election officer. “At that point, by all accounts, they simply stopped designating people inactive and removing them after two general federal elections,” Popper says. “I mean, just flat-out stopped.” Grimes has allegedly used the state’s voter registration database for political purposes.

The Trump administration Department of Justice is starting to try to enforce voter registration laws. But before then, the last doj action was under President George W. Bush. Over his eight years in office, President Barack Obama did nothing.

“The Obama doj did so little to enforce the law that that Justice’s own office of the inspector general investigated the matter,” RealClearInvestigations wrote. “Its report presented evidence that former Obama deputy assistant attorney general Julie Fernandes said at a July 2009 meeting that Section 8 cases should not be brought.” Fernandes said she “did not care about” and “was not interested in” upholding this law. She said that this law “does nothing to help voters. We have no interest in that.” She flatly said the government would not enforce the law.

President Trump has repeatedly spoken out against voter fraud, but to this point, the doj still hasn’t made it a high priority. Though the president has made some changes at the top, a large number of people in the federal agencies are still Democrats and those who favor big government. They are not motivated to reduce the number of votes Democrats get, even if those votes are cast by ineligible voters including dead people.

Government departments are always trying to reinterpret laws and statutes to grab more power for themselves. Yet in this case—the case involving the actual voting process on which democracy is founded—the Department of Justice is letting it go. Is it because they know that if tens of millions of fraudulent votes continue to be cast for Democrats, the federal government will ultimately grow far more powerful?

What else would motivate Democrats to protect voter fraud?

The evidence shows that they benefit from it. One example is the Association of Community Organizations for Reform Now, which had close links to President Obama. After secretly recorded videos emerged showing acorn workers encouraging voter fraud, the organization was investigated. The last time the Trumpet wrote about this was in 2009. At that time, 70 acorn workers had been convicted of fraud. The organization dissolved soon thereafter.

So we have Democrats at the highest levels making it easy for people to commit voter fraud, and we have pro-Democrat organizations convicted of carrying out that fraud.

In “Saving America From the Radical Left—Temporarily” (May-June 2018), Trumpet editor in chief Gerald Flurry wrote, “We are getting a hard look at just what the radical left is willing to do in order to seize power and stay in power. They have no respect for the rule of law! They believe they are above the law. It is no exaggeration to say that such contempt for the nation’s founding principles is a threat to the republic.”

He also wrote about this back in 2001: It is a chapter in his booklet No Freedom Without Law. After the presidential election between George W. Bush and Al Gore was thrown into uncertainty due to vote counts in Florida, the world saw Democrats doing everything possible to win that election through their lawyers. Mr. Flurry realized back then that the lawlessness was destined to get far worse. He wrote about it at the time—18 years ago—in “Justice and Our ‘Evolving Constitution.’” He emphasized the importance of upholding the Constitution and preserving the rule of law!

The lawless movement he highlighted is becoming more and more active and visible. Watch for it as we approach the next presidential election.

What a disaster we create when we cast aside the rule of law and our leaders do whatever is right in their own eyes!