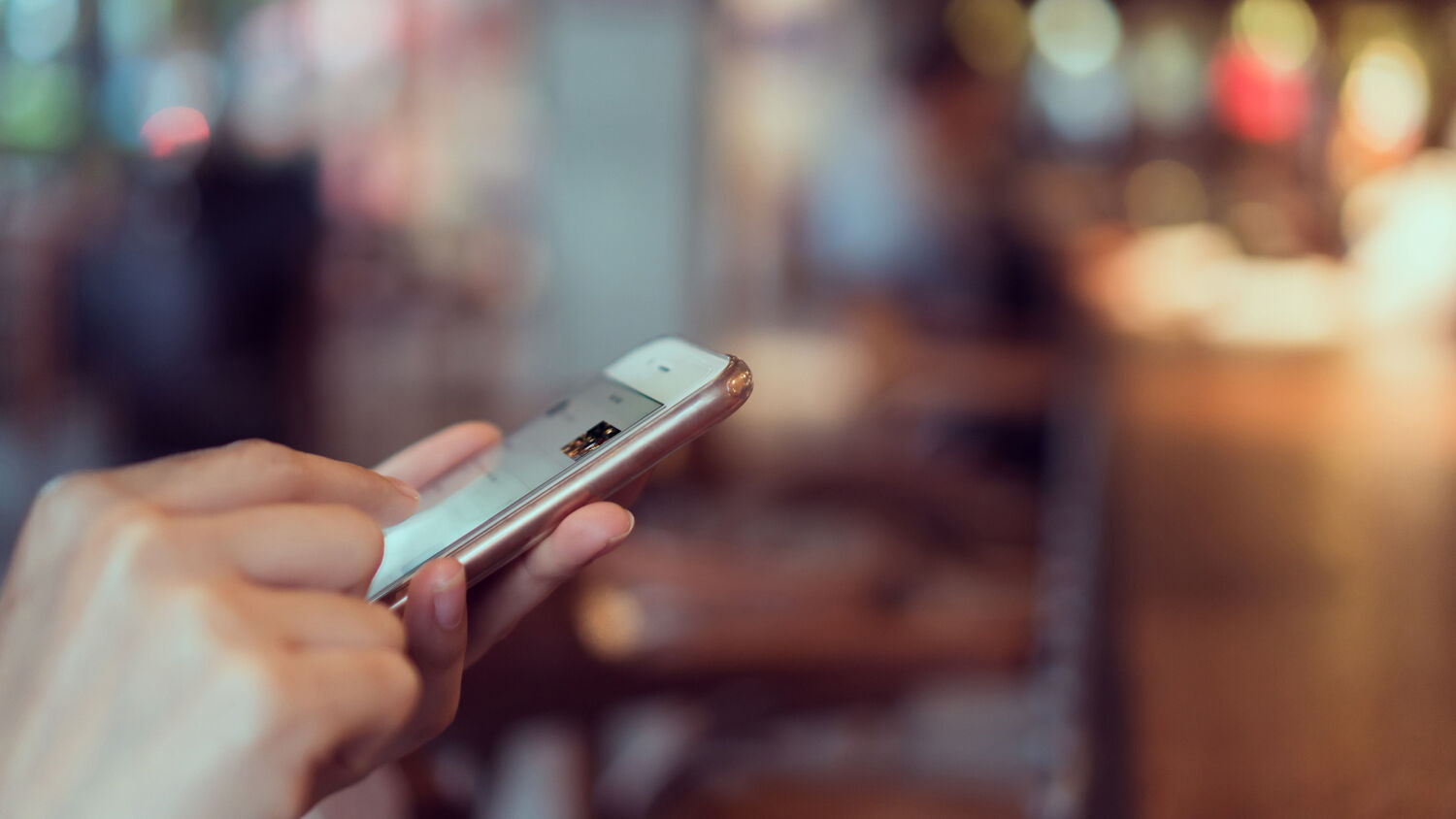 The U.S. government is spying on you through technology you carry every day.

The Communist Party of China may be spying on you. The popular video-sharing platform TikTok collects troves of personal data from its users. If you use this app, the company ByteDance has your age and phone number, your gps location, your phone and social media contacts, your browsing and search history, and the content of messages you exchange with others on the app. Since ByteDance is an Internet technology company based in Beijing, people are concerned that their data is being turned over to the Chinese government. In reality, they should be concerned about a lot more than TikTok’s surveillance.

“If you are an American adult, it is more likely than not that China has stolen your personal data,” Federal Bureau of Investigation Director Christopher Wray warned on July 7.

The United States House of Representatives voted on July 20 to bar federal employees from downloading the TikTok app on government-issued devices. President Donald Trump issued an executive order on August 6 directing the Secretary of Commerce to come up with a list of TikTok transactions that should be banned. ByteDance is trying to sue the U.S. government over this executive order, but the Trump administration is adamant that it helps prevent the Chinese government from spying on American citizens.

But while all this is going on, there is an ironic—and eerie—silence.

Neither Google llc nor Apple Inc. have commented on the debate over TikTok. Why not? Possibly because these companies also collect enormous amounts of data on U.S. citizens, and citizens might not like how they are using it. Most U.S. social media users are not worried about Google like they are worried about ByteDance, because they do not think Google is deliberately leaking their personal information to a totalitarian government. Yet those who trust Google llc or Apple Inc. with their personal data should consider that a number of National Security Agency whistleblowers have warned that the U.S. has a technological capacity to quickly establish a totalitarian surveillance state far worse than the People’s Republic of China.

In a 2016 Foreign Policy article titled “Every Move You Make,” American author, journalist and documentary producer James Bamford wrote: “Over his two terms, Obama has created the most powerful surveillance state the world has ever seen. Although other leaders may have created more oppressive spying regimes, none has come close to constructing one of equivalent size, breadth, cost and intrusiveness. From 22,300 miles in space, where seven advanced Orion crafts now orbit; to a 1 million-square-foot building in the Utah desert that stores data intercepted from personal phones, e-mails and social media accounts; to taps along the millions of miles of undersea cables that encircle the Earth like yarn, U.S. surveillance has expanded exponentially since Obama’s inauguration on Jan. 20, 2009.”

Everyone knows American tech companies have enormous amounts of data on hundreds of millions of Americans. Much of that data is personal. A lot of it is sensitive.

In 2013, government contractor Edward Snowden provided proof of a program called prism. This was a spying program in which nine major tech companies (Apple, aol, Facebook, Google, Microsoft, PalTalk, Skype, Yahoo and YouTube) provided Obama’s nsa and fbi with their users’ e-mail messages, audio and video recordings, photographs, documents and location data. What did the government need this data for?

The editor in chief of the Guardian news website noted in 2013 that the dystopian novelist George Orwell “could never have imagined anything as complete as this, this concept of scooping up everything all the time. This is something potentially astonishing about how life could be lived and the limitations on human freedom.”

In Orwell’s novel 1984, the government uses microphones, video cameras, and two-way television screens to spy on the population. Today, millions of Americans using computers and smartphones are continuously connected to data—data that can be tracked. The government has a capacity for mass surveillance unlike anything previously imagined.

And it is using that capacity.

Another nsa whistleblower, William Binney, told James Bamford that the nsa was building a turnkey totalitarian state. Although the U.S. is obviously not totalitarian like Communist nations and dictatorships, it has installed all the parts necessary.

All that is needed is for the right people to turn the key.

Trumpet editor in chief Gerald Flurry’s new article “The Hidden Message of the Horowitz Report” exposes how Barack Obama and his administration tried to use the power of the Central Intelligence Agency, nsa and fbi to create a dossier of propaganda against political rival Donald Trump, use that dossier to fraudulently spy on Trump campaign adviser Carter Page, and frame Donald Trump of illegally colluding with the Russian government to win the 2016 presidential election. If “deep state” agents were able to do these sorts of things to the president-elect of the United States, what could they do to you?

It does not take much imagination to visualize how a government could use mass surveillance technology against its citizens.

In China, the government assigns citizens a “trustworthiness” score based on data gathered by mass surveillance. If a Chinese citizen makes a political post online without a permit, or questions a government decision, his trustworthiness score goes down and the police may show up at his door. That is the type of power the Chinese Communist Party has garnered by working with “private companies” to trawl through vast troves of social media and online shopping data. And the American government has the same power—it just is not using it as authoritatively as China under the current presidential administration.

The late Herbert W. Armstrong explained in his landmark book The United States and Britain in Prophecy that the English-speaking peoples who settled the U.S. and Britain are the descendants of ancient Israel. This astonishing truth means that the Bible’s end-time prophecies concerning Israel are directed at the U.S. and Britain. And one of these end-time prophecies foretells a time when God will use a human leader to temporarily save Israel from being completely destroyed. “For the Lord saw the affliction of Israel, that it was very bitter: for there was not any shut up, nor any left, nor any helper for Israel. And the Lord said not that he would blot out the name of Israel from under heaven: but he saved them by the hand of Jeroboam the son of Joash” (2 Kings 14:26-27).

Many people believe that if Hillary Clinton had won the 2016 presidential election, the deep state officials who were building the turnkey totalitarian state William Binney warned about would have been able to continue running the country behind the scenes, thus ending our constitutional republic. The only reason this did not happen is that God showed mercy and raised up a flawed human leader to expose what was happening.

Millions of Americans are waking up to the threat that this sprawling deep-state network presents to the nation, but they still do not understand the root causes behind the crisis. The Bible reveals that the serious problems in America’s government are not caused by one man or a group of government officials. Ultimately, they are caused by the sins of the American people as a whole (Isaiah 1:4-7). Only repentance by the people can prevent the sickness in America’s government from escalating into full-scale revolution and war.

Please read “The Hidden Message of the Horowitz Report,” by Gerald Flurry. It reveals how close America came to becoming an Orwellian surveillance state, and why God had to intervene at the last minute to save the nation temporarily.