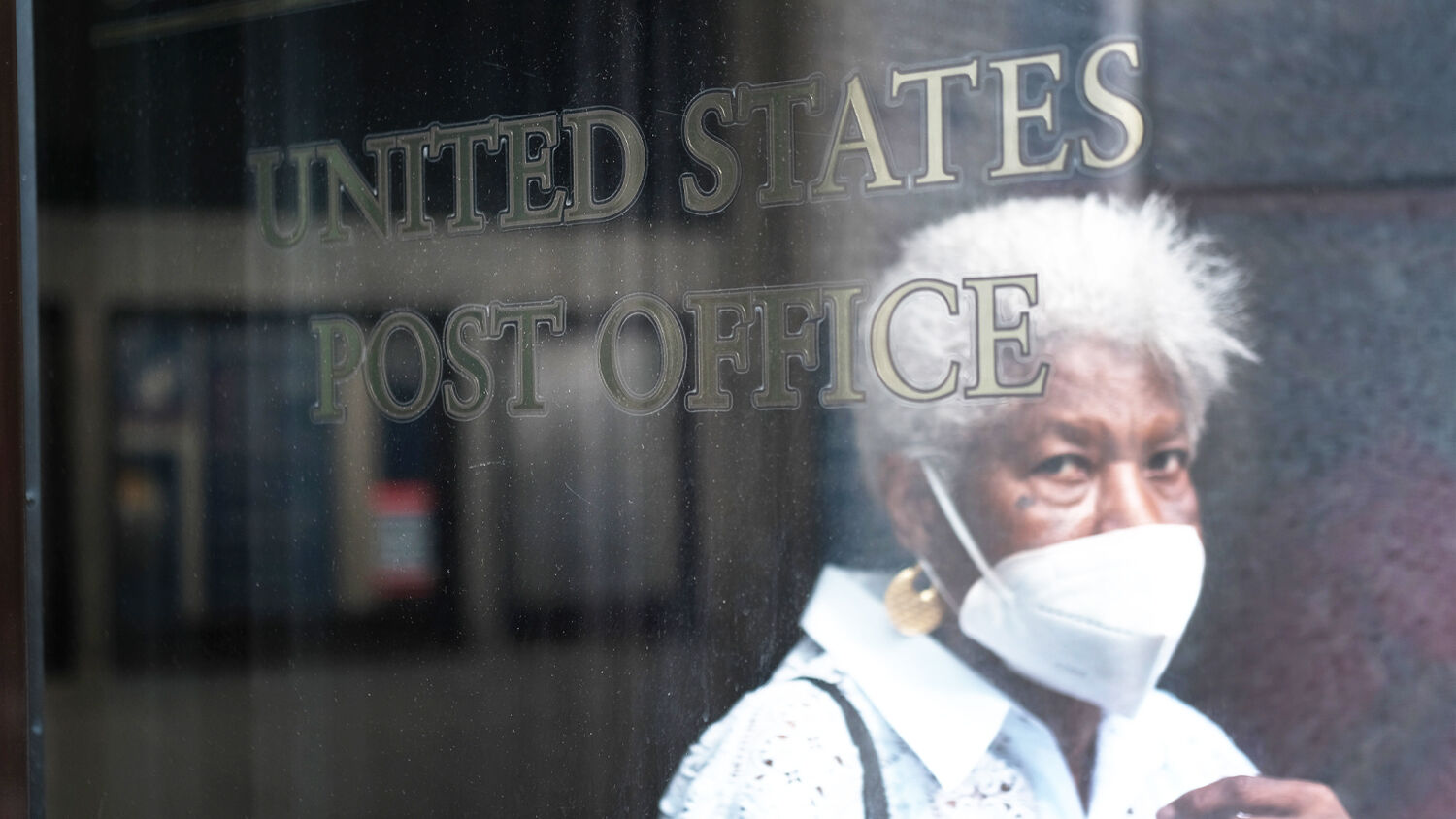 A woman walks into a Brooklyn post office on August 5.
Spencer Platt/Getty Images

The Democrats’ obsession with voting by mail exposes the breakdown in America’s rule of law.

New troubles with mail-in voting continue to shed light on how the radical left may challenge results of the United States election in November.

In an interview with Fox & Friends on August 5, President Donald Trump expressed concern that certain states, which are unprepared to handle the sheer volume of postal traffic generated by mail-in voting, want to “blanket the state” with ballots to the extent that “everyone who ever walked is going to get one.” Certain states such as Florida, he acknowledged, have spent years building strong postal infrastructure and are able to conduct absentee voting to some degree. Many states, however, have not built sufficient infrastructure but still want to send ballots to everyone.

New York’s June 23 Democratic primary election pitting Joe Biden against Bernie Sanders is a case in point. Even without the added contentions of rival political parties, the result was called into question. More than 84,000 mail-in ballots had to be invalidated for various reasons, including lack of postmarks, missing signatures and late submissions. This amounted to 21 percent, or 1 in every 5 votes, becoming null and void.

Then a federal judge got involved. On August 3, a New York judge ruled that all ballots sent in up to two days after the election should be counted as long as they had been postmarked by the day of the election. This was extended to cover the entire state of New York. Meanwhile, the State Board of Elections launched an appeal against the ruling.

Nevada’s primary election in February was equally troubled. Clark County, home to the majority of the state’s population, saw more than 223,000 of its ballots invalidated and returned to sender due to bad addresses, according to the Public Interest Legal Foundation, which analyzed the votes. This accounted for 17 percent of the county’s total voting population. As President Trump said on Fox & Friends, Nevada is another state that does not have the infrastructure to support universal mail-in voting.

It is easy to invalidate a mail-in ballot for other reasons, too. Issues that can invalidate a ballot include envelopes with a late postmark or no postmark, an unsealed envelope, the voter being unregistered or dead, a signature that does not match the one in the voting database, etc.

New proponents of mail balloting don’t often understand how it actually works. States like Oregon and Washington spent many years building their mail voting systems and are notably aggressive with voter list maintenance efforts. Pride in their own systems does not somehow transfer across state lines. Nevada, New York and others are not and will not be ready for November.

In addition to the logistical issues, there are also cases of voter fraud, which receive little attention in the media. In one of them, the attorney general of New Jersey announced voting fraud charges against two Patterson City councilmen and two other men. The charges against these men include election fraud, unauthorized possession of ballots, falsifying or tampering with public records, and false registration.

If voting issues similar to New York and Nevada occur during the November elections, the result will be called into question. The winner will be challenged as illegitimate. There will be highly politicized debates, possibly riots and violence. In some cases, federal judges would likely rule on the validity of votes, adding even more controversy to the outcome. This, in turn, could lead to more violence and unrest throughout American cities.

President Trump has expressed concerns about election fraud and grossly inaccurate voter databases. He has challenged states that want to pursue mail-in voting, even suing the state of Nevada. Meanwhile, Democrats have either been silent on the issue or, as in the case of Hillary Clinton, accused the president of trying to “sabotage” the election by blaming him for shortcomings of the United States Postal Service.

I fear Republican sabotage of the USPS, including slowing mail delivery, is a Trump strategy to make voting by mail more difficult this fall. Request your ballots and return them as early as you can. https://t.co/LZONq8EPKE

If some on the left intend to use mail-in voting to cast doubt on a possible Trump victory, it would not be the first time they have tried to do so.

The Trumpet covered the post-election chaos in Florida in 2000. Lawyers got involved after a false report of invalid ballots, and the Supreme Court of Florida decided to take up the case. This resulted in election laws being changed after the election had already happened. It weakened the rule of law and set a dangerous precedent.

In “Justice and Our ‘Evolving Constitution,’” Trumpet editor in chief Gerald Flurry highlighted the role of the media and the danger of lawyers getting involved in politics—two of the same issues at the forefront of events today.

His warning rings true today. “The Florida chaos gives us good insight into what will happen all across America if we don’t wake up,” he wrote. “We are evolving into anarchy!”

This November, if states get their way on mail-in ballots, all of America could experience the same problems that Florida did 20 years ago, but at a time when the nation is much more divided and lawless.

There is a reason for the foresight of the Trumpet’s predictions on America’s weakening rule of law. Our forecasts are based on Bible prophecy. The Bible is a book about law. It shows that the punishment for breaking God’s law is death—whether for individuals or for nations. The Bible also reveals that the U.S. would have been destroyed if not for God’s intervention to save America temporarily. The only way to escape that coming punishment is to turn away from lawbreaking.

Do you value the rule of law and the U.S. Constitution? If so, read Gerald Flurry’s free booklet No Freedom Without Law. It explains the deeper cause of the lawlessness affecting America’s electoral and political system, as well as the biblical solution that will finally put an end to the divisions plaguing the United States.