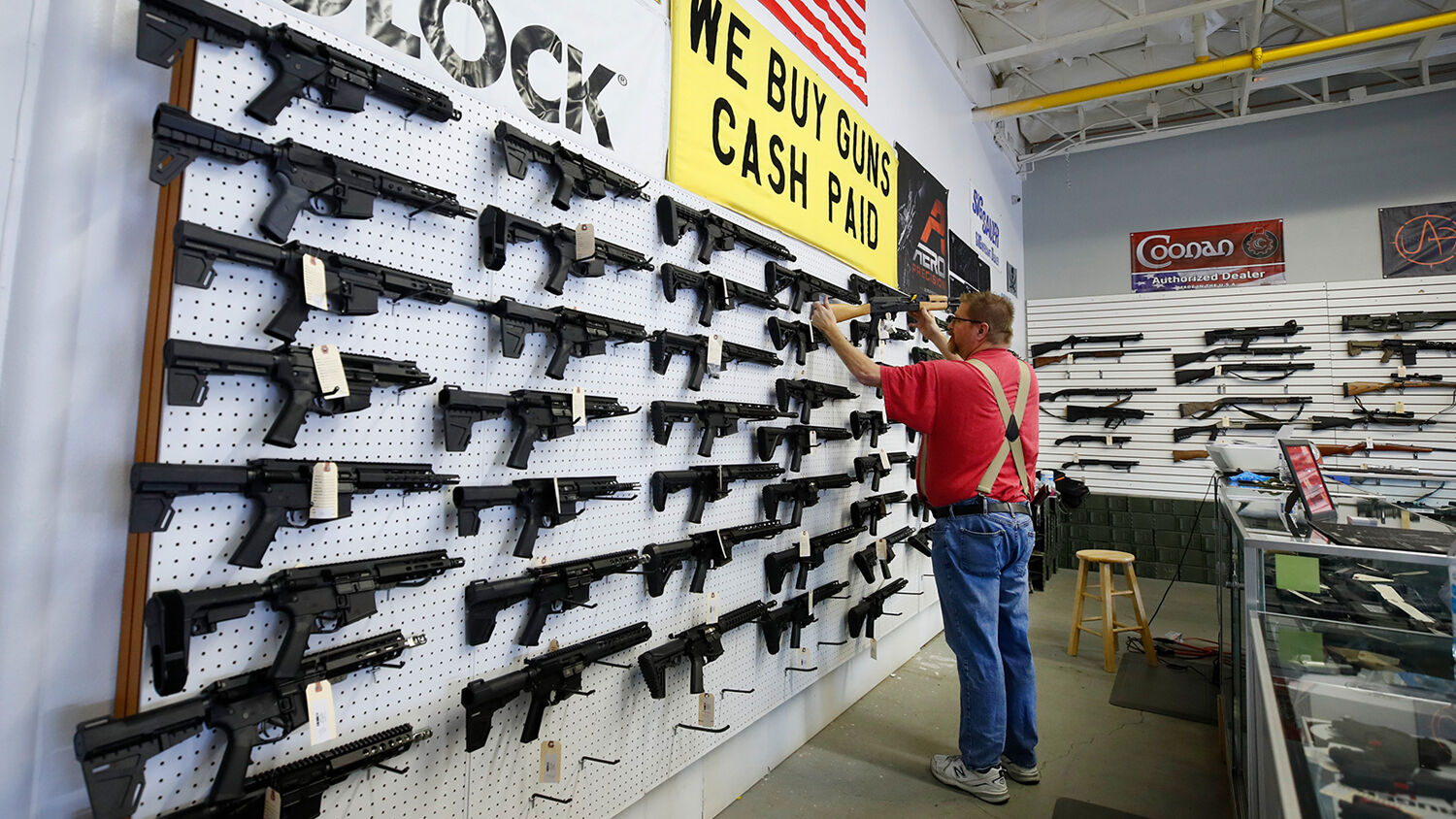 The stage is being set for far worse violence to come.

As police forces throughout America lose funding, the inevitable has begun: People are stocking up on guns and ammunition.

Background checks prior to gun purchases have shot upward. In July of this year, the Federal Bureau of Investigation performed 3,639,224 of these checks. In July 2019, they performed only 2,030,661. That’s an increase of 79.2 percent.

June, the month major riots began sweeping through America, saw an even steeper increase. fbi data indicates 2.3 million guns were sold in June 2020—an increase of 145.3 percent over June 2019.

Meanwhile, police in major cities are being deprived of their ability to enforce the law. On July 28, the Minneapolis Police Department circulated “robbery prevention tips” telling citizens, “Do not argue or fight with the criminal. Do as they say,” and “be prepared to give up your cell phone and purse/wallet.” Understandably, many are taking their safety into their own hands and purchasing firearms.

The fbi estimates that 10 million guns have been sold since 2020 began. Many of these sales were made to first-time buyers, of which many were black. A recent survey conducted by the National Shooting Sports Foundation found that the “highest overall firearm sales increase comes from black men and women who show a 58.2 percent increase in purchases during the first six months of 2020 versus the same period last year.”

Not all background checks necessarily lead to a gun purchase. However, data from manufacturers of firearms suggest that there is a stronger correlation than ever.

An estimated 1,795,602 gun sales took place in July; this set a new record. Revenue for gun companies has also tripled. Gun manufacturer Sturm, Ruger & Company reported quarterly earnings on July 30. Figures showed its earnings for the first six months of 2019 equated $210,367,000. For the first six months of 2020, the company pulled in $253,903,000—and its earnings per share have increased at least threefold.

Smith and Wesson, another major gun supplier, is also raking in the profits. In the last three months of 2019, net sales amounted to $175.7 million. But since the beginning of 2020, sales have reached $233.6 million. This is an increase of nearly 33 percent since the start of the year.

This gun rush is happening all over America, and sellers are struggling to meet demand. According to the Washington Free Beacon, “Some retailers are reporting that the rush on guns and ammunition has drained their stock nearly dry.”

If the trend continues, this year will see America’s greatest surge in gun sales ever recorded.

Americans have seen how violent riots can suddenly explode onto city streets. They have witnessed skyrocketing murders and the declining budgets and morale among police forces. Facing all this, many are more willing than ever to use the guns and ammunition they have been purchasing.

But can gun ownership save you from these perils? This is a question you need to answer. Many believe they know how to protect themselves. But a gun’s usefulness only goes so far. It by no means guarantees your safety.

The Trumpet warns about Americans placing their faith in guns because of what Bible prophecy forecasts for the nation. The Bible foretold the racial tension, riots and exploding crime we are witnessing today. It warns that these tensions will soon explode into a second civil war, made worse by rampant gun violence. “A third part of thee shall die with the pestilence, and with famine shall they be consumed in the midst of thee: and a third part shall fall by the sword round about thee; and I will scatter a third part into all the winds, and I will draw out a sword after them” (Ezekiel 5:12).

Our free book on Ezekiel explains, “The word pestilence just means destruction or death (see the Gesenius’ Lexicon). One definition of the root word is ‘to lay snares, to plot against, to destroy.’ So this pestilence could be a plague of violence or burning—not necessarily a physical disease at all!”

When God warns of violence overtaking American cities, are guns really the best defense? Or could there be a way to escape this coming civil war—without placing faith in gunpowder and lead?

An article in the December 2012 Trumpet issue addresses those questions. In “As Gun Sales Rise, What Is Your Source of Protection?” we wrote:

Realize that the scale of violence about to engulf our society will simply be too overwhelming. No one is going to escape the coming Tribulation—which is descending on America and other nations because of God’s wrath—through survivalist skills. Those who plan to weather the coming storms through their own foresight and marksmanship are underestimating the savageness of the time ahead.

There is, however, another, far more effective form of protection available. …

God does promise in many scriptural passages that in the coming Tribulation, He will provide a special place of protection for His people. …

There is no limit on God’s ability to intervene on your behalf—except the quality of your faith and obedience.

The only way to be protected from America’s coming civil war is to understand Bible prophecy and place your trust in God’s promises, rather than in guns or survival skills. To be truly prepared for what’s ahead, read our free book Ezekiel—The End-Time Prophet, by Trumpet editor in chief Gerald Flurry. It will show you how to have the peace of mind that comes only from trusting in God’s practical and guaranteed promises of protection.