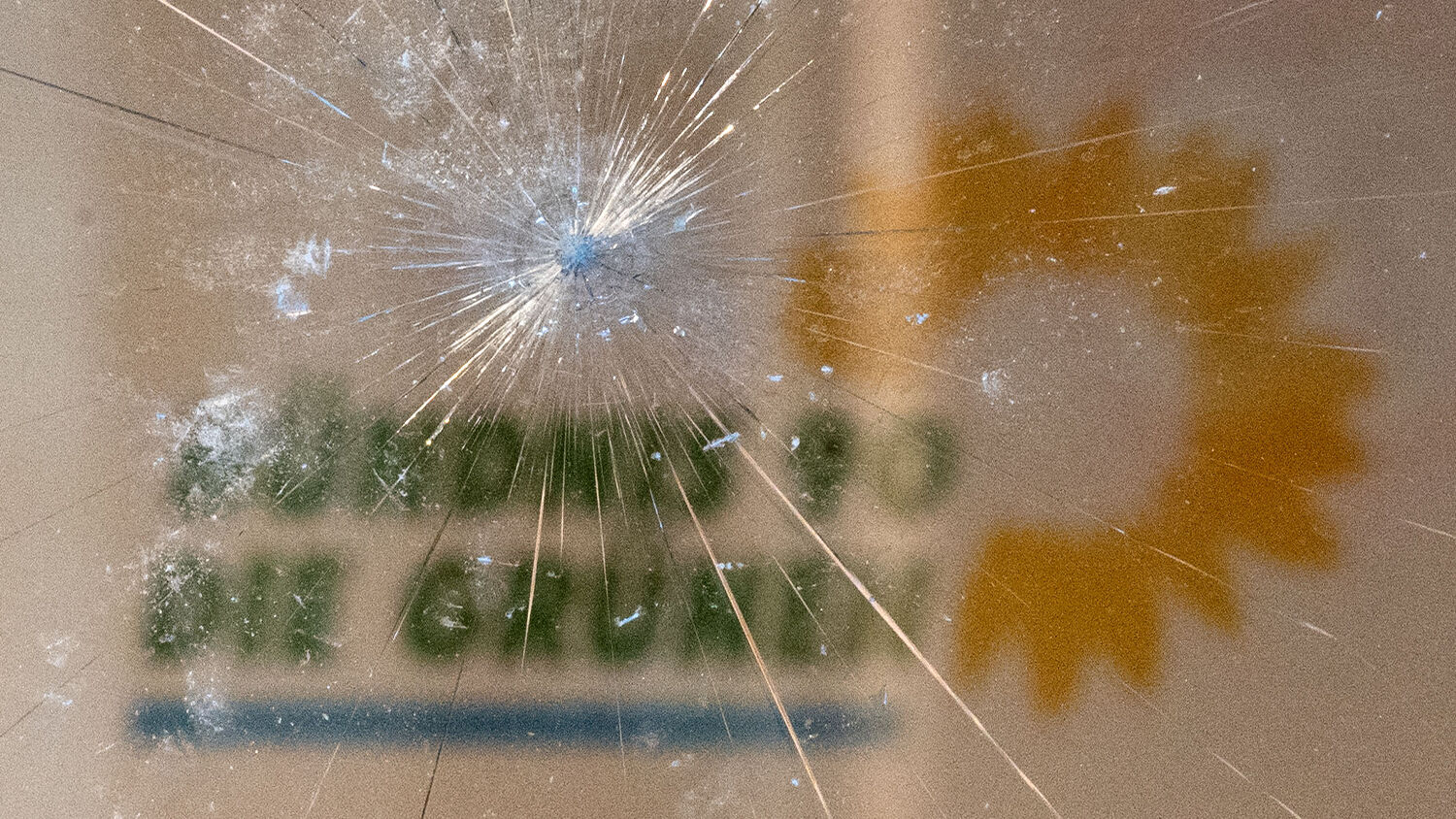 How will Germany react to Black Lives Matter-style riots?

The world seemed to suddenly be out of course for the German city of Stuttgart at the end of June. On Sunday night, June 21, hundreds of people rioted and attacked police officers with bottles and stones. At least 19 police officers were injured and numerous businesses were ransacked. The “law and order” city has seen nothing comparable in recent memory. At first the civil war-like images were hoped to remain an anomaly. But as violence spread to Frankfurt with similar instances occurring regularly in France, many ask if the unprecedented is becoming the new normal.

“Stuttgart, like perhaps no other German city, stands for diligence, orderliness and compliance with the law,” wrote Die Welt on June 22 (Trumpet translation throughout). “This image was badly damaged on Sunday night when hundreds of people cut a trail of devastation through the center of the state capital.”

Ever since the violence erupted the situation has been tense in Stuttgart. The police increased their presence on the streets and politicians called for law and order; but under the surface trouble is brewing. One topic in particular is highly disputed: the migrant issue.

“Why are a majority of the rioters apparently members of immigrant communities?” Deutsche Welle asked. “Could Germany face the kind of violence and unrest that has for so long torn through France’s notorious banlieues [suburbs]?”

In France’s large cities with proportional higher migrant communities, authorities regularly clash with police officers. The coronavirus, the lockdown, the economic situation and the worldwide debate over racism has, apparently, brought the tension in Germany to the point of igniting.

Political scientist Stefan Luft explained in an interview with Deutsche Welle that the coronavirus acted like a fire accelerant to preexisting issues.

The coronavirus “has led to a high level of frustration. But there’s more to it than that,” criminologist Dirk Baier, head of the Institute of Delinquency and Crime Prevention at the Zurich-based University of Applied Sciences, told Deutsche Welle. “Things explode” when alcohol flows and “sufficient young men have crossed the threshold to overcome their inhibitions—people who probably already have a history of violence.”

Given the larger numbers of migrants among rioters in both Stuttgart and Frankfurt, police officers have investigated the migration backgrounds of rioters’ parents. This has started a controversy in Germany.

Police reported that the riots in Stuttgart started with a protest against a drug control-related incident. A group of 400 to 500 people of different nationalities showed solidarity with the adolescent involved, and joined forces against the police. “It’s always said that the police have a racist approach to drug controls. And that’s precisely what happened: first drug control, then escalation,” Baier pointed out.

In the 2½-minute long message, the man with Swabian dialect describes the riot, which apparently was still ongoing at the time of the recording. “The colleagues were massively thrown at with stones and bottles,” he says. “… These are almost riots like in America.”

“People, just stay at home,” the man warns at one point. He is surprised that no colleague is dead yet. “This is war. We are at war tonight. I’m not exaggerating.” At another point he says that “only wogs” are involved in the riots. “I’ve been with the police long enough, but that really stuns me. There is still something coming upon us.” He believes that it is “only the start of what has been brought in.”

Investigations were held against more than 25 of the rioters. About every second person arrested had a German passport, including several people with a migration background. Approximately 10 of the arrested are refugee-related.

In an interview with deutschlandfunk.de, Luft noted that a “significant part seems to have a Muslim background.” Among Muslims, he explained, a phenomenon exists that young Muslims “on the one hand distance themselves from the parent generation, want to realize another life, but on the other hand have not arrived in the host society and reject it.” In these conflicting situations, the widespread “masculinity norms” that legitimize violence factor in as well, Luft noted, referring to studies by criminologists.

The increase of migrants in Germany has caused many native Germans to feel increasingly unsafe. “The Union of Police (GdP) speaks of a ‘latent feeling of insecurity’ in the population,” Die Welt reported in 2019.

“Ever since the events at the Cologne Cathedral on New Year’s Eve 2015, more and more people seem to feel insecure,” GdP chairman Oliver Malchow told Rheinischen Post. During that celebration, hundreds of women were sexually harassed by groups of young North African and Arab men. The police were overwhelmed, and many Germans lost trust in the country’s security system. This lack of trust has manifested itself in various ways, one being the dramatic increase in gun ownership. You can learn more about how this event has changed German mentality in “Germany, Migrants and the Big Lie,” by theTrumpet.com managing editor Brad Macdonald.

In response to the increased feelings of insecurity, German authorities have drastically increased police presence. But the recent rioters are now attacking the police directly.

German politicians have a clear commitment to strengthen the police. Interior Minister Horst Seehofer called the events an “alarm signal for the rule of law” and called for the perpetrators to be “sentenced quickly and severely.”

“In Baden-Württemberg, three local politicians are calling for an ‘incentive and sanction system’ for refugees. Because in the province and in medium-sized cities, some become a problem,” faz.net noted on July 22.

Despite the fact that more and more right-wing extremists are exposed in Germany’s security forces, most recently in the police department in Hessen and in Germany’s army special command, calls for a general suspicion of authorities, as seen in the United States, are unwelcome. German politicians want to avoid a similar escalation. Now would be “the right time to take back something like the general suspicion of racism,” Christian Democratic Union leader Annegret Kramp-Karrenbauer posted on Twitter following the Stuttgart riots.

“I have seen the Stuttgart police over the past few years as very liberal and cosmopolitan and detected no racist profile or a racist structures,” said Stuttgart Mayor Fritz Kuhn, referring to the global anti-racism demos.

Kuhn also believes that it is possible that after the protests in the U.S. “some may feel particularly encouraged to do something about the police.”

Just days before, Germany looked at the U.S. in astonishment, condemned its police violence, and supported the rioters. But when brutality comes to one’s own country, Germans prefer peace and quiet.

Germans hate it when order is interrupted. But as German cities increase their police presence and the flow migrants from the Middle East and Northern Africa continues, tensions are increasing.

The book of Daniel was written for “the time of the end,” referring to the time when the evil of the world would reach such an unprecedented height that God Himself would have to intervene to save mankind (Daniel 12). As Trumpet editor in chief Gerald Flurry explains in Daniel—Unsealed at Last! we are living in this time now.

Daniel 11 prophesies that in this end time the world will see a major clash of civilizations. “And at the time of the end shall the king of the south push at him: and the king of the north shall come against him like a whirlwind, with chariots, and with horsemen, and with many ships; and he shall enter into the countries, and shall overflow and pass over” (verse 40).

The “king of the north” in this prophecy refers to a German-led European empire; “the king of the south” refers to radical Islam, led by Iran. Iran is the chief sponsor of terrorism in the Middle East, the cause of many conflicts and thus the reason so many migrants storm to Europe. Iran is actively provoking a clash with Europe.

“Iranian leaders and many of their people believe the 12th imam—their version of the Messiah—is about to return,” our Trends article “Why the Trumpet Watches Iran and Europe Heading for a Clash of Civilizations” explains. “They think his return can be hastened by creating violence and chaos. Several nations have nuclear weapons—but only Iran has leaders who harbor such dangerous religious thinking! What will happen when they achieve nuclear capability? What sort of chaos would they stir up if they thought it would cause their messiah to return? In the thrall of religious zealotry, they would not even care about their own destruction!”

Europe sees the conflict boiling not only in its own cities but also in the Middle East as Iran becomes increasingly more aggressive and desperate in its pursuit of nuclear weapons. Germany, on the other hand, has a history of war, and many of these wars were motivated by a perverted effort to create a pure race, religion and culture.

Europe and radical Islam are heading for a clash. We are seeing the first waves of this clash, but the Bible reveals that the coming destruction will be devastating. Mr. Flurry explains the cause and the future of this coming clash in detail in his free booklet The King of the South. The underlining prophecies about this coming clash are numerous and detailed; The King of the South puts them together and shows how God will intervene to solve mankind’s overwhelming problems.