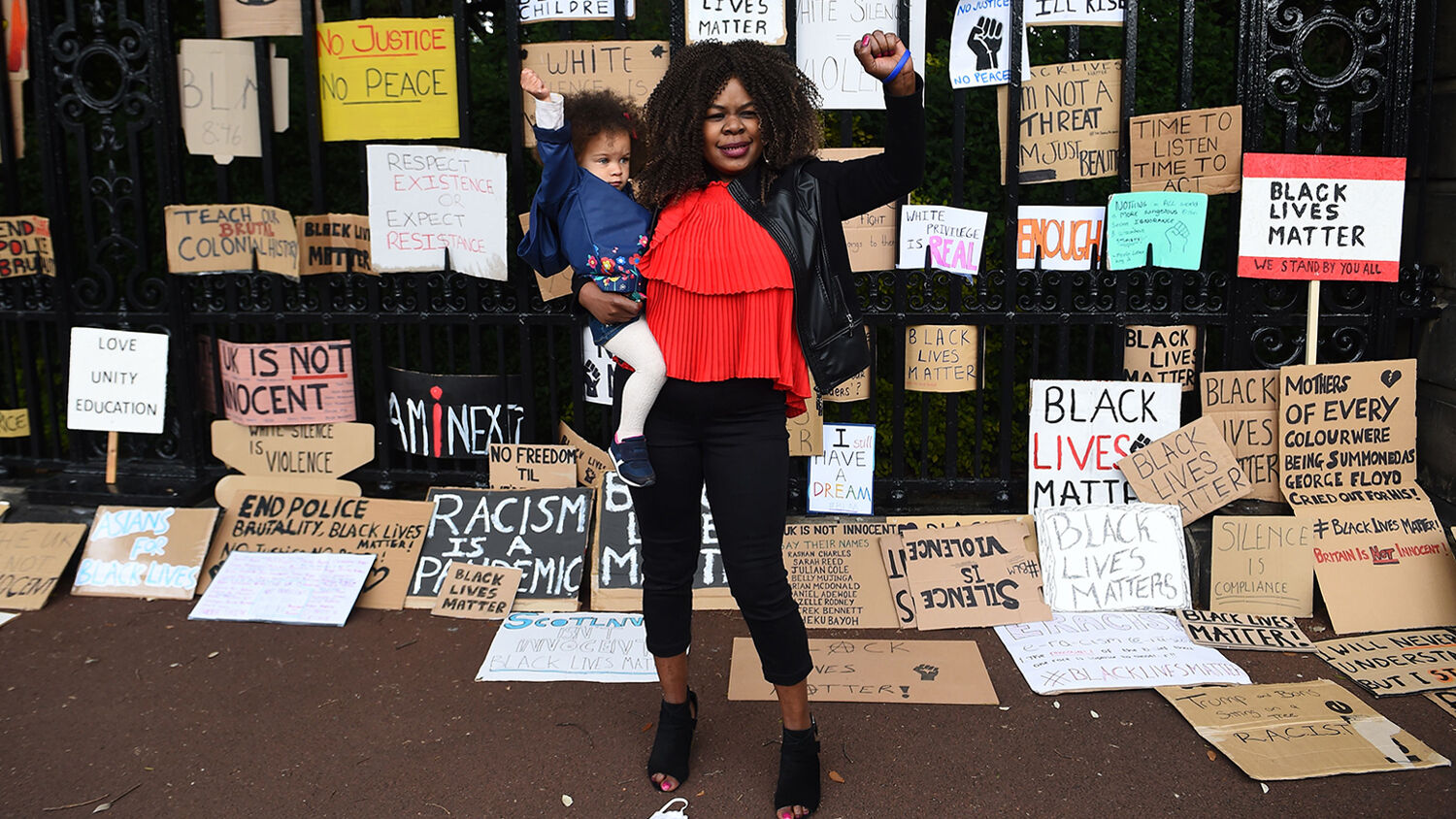 A woman and her child make Black Lives Matter fists as they pose for a photograph in front of placards.
ANDY BUCHANAN/AFP via Getty Images

People are killing hundreds of thousands of black Americans across the United States, and they are doing it with the vocal support of the Black Lives Matter movement and the Democratic Party. Even as racial activists demonstrate against the fact that 259 black criminals were killed by police last year, they neglect the roughly 300,000 black babies aborted each year.

African-American pro-life speaker Ryan Bomberger wrote a column for Frontlines Ohio on June 7 listing the top 10 reasons he would never support the Black Lives Matter movement. His 10th and final reason is that “not all black lives matter” to this movement. To prove this assertion, Bomberger quoted from the Black Lives Matter website: “We deserve and thus we demand reproductive justice that gives us autonomy over our bodies and our identities while ensuring that our children and families are supported, safe, and able to thrive.” The phrase “reproductive justice” refers to state-funded abortions. Bomberger pointed out that “aborted children don’t thrive,” so this position is celebrating violence.

African-American sheriff David Clarke made similar comments in 2014. In an interview with cnn’s Poppy Harlow, he said, “When I hear these things that black lives matter, the only people who really believe that statement are American police officers who go into American ghettos every day to keep people from killing each other. … Look, the abortions? If black lives—if they really mattered, that’s where the outrage would be; that’s where we’d see protests.”

Black babies are being aborted faster than any other ethnic group in America.

According to data from the Guttmacher Institute, 295,000 black babies were aborted in 2017, compared to 280,000 white babies and 195,000 Hispanic babies. Since blacks constitute only 13 percent of the American population, that means they are over twice as likely to abort their children as the general population.

Extrapolating these percentages indicates that 22 million black babies have been aborted since the 1973 Roe v. Wade Supreme Court ruling (in addition to 40 million babies of other races). You’d think an organization like Black Lives Matter, which claims there is an ongoing genocide against black Americans, would be just as concerned about these 22 million murdered babies as the handful of unarmed criminals shot by police each year.

Yet Black Lives Matter has never truly been an organization concerned with black lives. Pew Research data suggest that only 17 percent of those who attend Black Lives Matter protests are black, and Black Lives Matter cofounder Patrisse Cullors admits her colleagues are “trained Marxists” who see parallels between their movement and the rise of Mao Zedong’s Marxist movement in China. Despite the fact that three black women founded Black Lives Matter, it is mainly a white activist movement trying to use outrage over isolated incidents of police brutality to foster a Marxist revolution.

And somehow it is able to do all this while cheering on the slaughter of 22 million black babies.

Black Lives Matter and allied groups are not saving black lives by supporting abortion and calling for the defunding of police forces around the nation. They are trying to tear down America’s constitutional system of government and replace it with a Marxist system. They have even published an editorial praising the late Communist dictator Fidel Castro and arguing that America should be more like Cuba.

Decades ago, Plain Truth editor in chief Herbert W. Armstrong warned that Communist philosophy would strip America of its blessings—the greatest national blessings ever conferred on any people—not because socialists outmaneuvered conservatives, but because the American people as a whole turned away from God’s law. In particular, he warned that Communist thought would pervert America’s morals, sabotage its educational system, wreck its social structure, destroy its spiritual life, and weaken its economic power.

“Why are our people unable to recognize the Communist line—the Communist plan and conspiracy—in college and university riots, in propaganda accusing ‘police brutality,’ in ‘black power,’ ‘black panther’ and other slogans, even in ‘civil disobedience’ and ‘nonviolent’ movements of protest which lead to violence?” Mr. Armstrong asked in the March 1969 Plain Truth. “The guiding hand in student revolt is the Communist Party. Many students, their emotions stirred and enraged to violence, do not themselves realize this. Yet actually these young leaders of the ‘New Left’ movement are going beyond the Communist Party. Their plan is to stir up college-age students to revolt first, and the teenage high school adolescents. If they can corrupt and/or win over tomorrow’s students, they will gain control.”

Mr. Armstrong based his forecast of future events and trends on Bible prophecy. Hosea 7:8-9 predict that the modern-day descendants of ancient Israel would mix themselves with foreigners and, by extension, their foreign ideologies. The far-left ideas put forward by groups like Black Lives Matter today are not based on traditional American culture, which is largely based on the Bible. They are ideas that were first brought to America from German and Russian universities.

For decades, these anti-Bible ideologies have subversively “devoured” America’s strength while the average citizen “knoweth it not.” Many people support Black Lives Matter protests thinking that they will bring about police reform, but that has never been the purpose of the movement. The purpose is the overthrow of our constitutional republic!