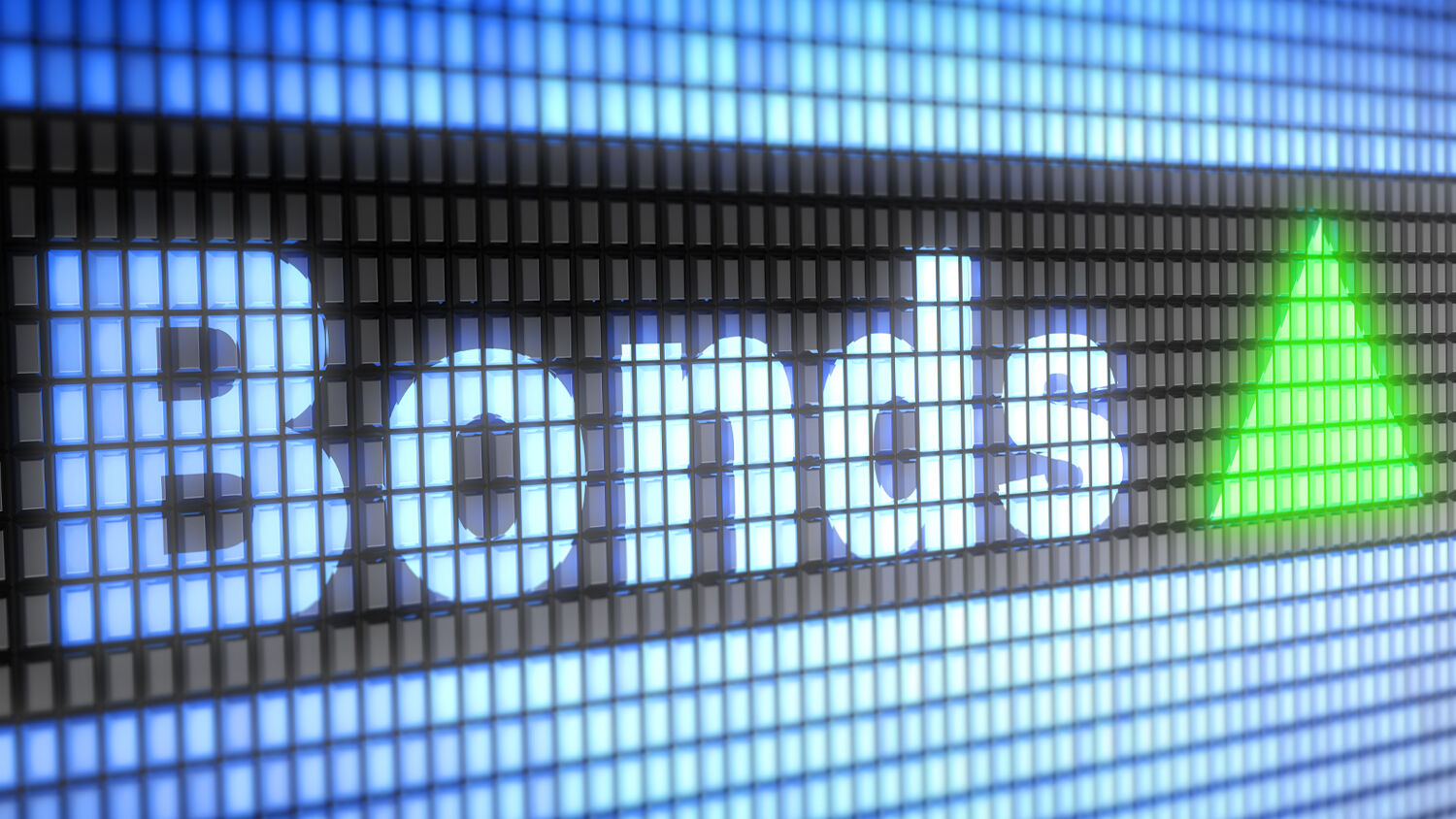 The climate change movement is strengthening the ‘international role of the euro.’

With the sharp increase in climate activism and the fear of an apocalypse, green investments have been rising in popularity and along with them so-called “green bonds.” The recent covid-19 pandemic has given the movement even more momentum. Nations around the globe pledged to reboot their economies while investing in a climate-friendly future. Green bonds are designed to help this goal, while increasing the attractiveness of the euro.

Green bonds are debt instruments used by companies, governments and financial institutions to fund more energy-efficient technologies, reduce carbon emissions, and further sustainable economic activities. While other bonds could be used for the same purpose, green bonds give a few additional incentives for investors, such as tax exemption and tax credits.

The market for green bonds has grown rapidly over the years. In 2019, green bonds were issued worldwide for $205 billion, more than 20 times as much as in 2014 ($9 billion), according to calculations by the European Central Bank. A report by the Climate Bond Initiative noted that the largest international green bond market was the European Union. The Climate Bond Initiative forecast 2020’s global annual green bond and loan issuance to be $350 billion to $400 billion.

ICYMI: Green bond issuance for 2019 topped the $200bn mark during the week.

$202.2bn on 22nd Oct according to @ClimateBonds data. A new record in global #greenfinance.

“Ask any private wealth manager what the safest investment to make is and they will invariably say an investment in a long-term U.S. Treasury bond,” Berkeley Economic Review noted. “Thought of as the ‘gold standard’ of reliable investments, U.S. Treasury bonds are a crucial part of most balanced portfolios as the dominant section of the securities category. Recently, both domestically and internationally, a new type of such government bonds is being discussed in legislatures and national banks: the green bond.”

But most of these bonds are issued in euros.

One of the main obstacles green bonds face is defining what projects count as green. The EU is trying to raise the credibility of the bonds by creating universal green bond standards. Brussels, who sets much of the world’s regulation, may soon define the green bond market as well.

BREAKING #SustainableFinance: The @EU_Commission Commission welcomes the adoption by the @Europarl_EN of the #Taxonomy Regulation.

Once the standards are defined, green bonds may receive an additional boost in popularity. The EU noted in a June 12 press report:

Green bonds have become increasingly popular as investors look for ways to help finance the transition to an environmentally sustainable economy. As such, they will be instrumental in reaching the objectives of the European Green Deal. Green bonds will play an even larger role in unlocking the private sector’s potential to address climate change and foster a sustainable economic recovery after the pandemic.

Considering the global push for a climate friendly future, and the increased need for investors after the covid-19 pandemic, one can expect green bonds to grow in significance.

The European Green Deal Investment Plan aims to attract at least €1 trillion (us$1.1 trillion) worth of public and private investment over the next decade.

Green Bonds and the Euro

In 2019, 45.4 percent of global green bond issuance was denominated in euros. “As the euro is already the main currency of denomination for the issuance of green bonds, the consolidation of the EU role as a global hub for green finance could strengthen the euro as the currency of choice for sustainable financial products, bolstering its international role,” the ecb noted.

Next to the dollar, the euro is the next most commonly held reserve currency. Yet the gap between the two is large. The U.S. dollar accounted for about 61 percent of official currency exchange in 2019 and the euro for almost 21 percent. The eurozone crisis significantly damaged the euro’s trustworthiness and halted the goal for it to replace the dollar as the world’s number one reserve currency.

However, things could change quickly in times of crisis.

By the end of April, more than $50 billion worth of green bonds were issued, according to the Climate Bond Initiative. The anticipated rise of green bonds has slowed significantly during the coronavirus crisis. That could change once the pandemic settles.

“The disruption caused by the covid-19 pandemic has affected virtually every corner of the financial markets around the world,” the Bond Buyer website noted. “But one particular segment—the market for green bonds, or debt earmarked for specific environmental projects—has held up better than the broader investment-grade corporate market, in large part because it is less weighted toward cyclical sectors, such as oil and gas.”

Cyclical stocks follow the ups and downs of the economy. In times of global recession, they are considered an unsafe investment. But governments tend to keep spending in good times and bad. “Beyond their usefulness as a defensive bet during uncertain times, the global pandemic could now be a catalyst to convince the wider community of investors that it’s good business to use green bonds to address our ongoing climate change challenges,” wrote Bond Buyer.

Green bonds could come out of the temporary setback stronger than before. Bond Buyer explained:

A growing number of leaders want the economic recovery from the crisis to be powered by green investments: Germany and Britain have called for a “green recovery” and a group of 68 large companies … are urging politicians to deploy their fiscal stimulus in ways that can advance a more ambitious climate policy.

It remains to be seen how well the bond market will recover from the crisis, but green bonds stand a good chance to profit from global recovery projects. On June 28, the International Energy Agency (iea) and the International Monetary Fund presented a “Sustainable Recovery Plan” that focuses “on a series of actions that can be taken over the next three years to revitalize economies and boost employment, while making energy systems cleaner and more resilient.” The iea believes that the world has a “once-in-a-lifetime opportunity” to invest in an economic-friendly future, while at the same time creating millions of new jobs.

If the trend toward green energy continues, one nation in particular would profit greatly: Germany. The more countries invest in environmental technology, the more Germany’s industry benefits, as it is among the leading producers in the industry. If euro-denominated green bonds rise, Germany’s leverage in the world increases as well.

The United States has profited for decades on the world’s reliance on the dollar. But if more and more see the euro as a trusted reserve currency, the world will bit by bit no longer depend on the U.S. but on Germany. With every gain the euro makes, Germany wins political leverage by the ability to exert more economic force. In theory, a European currency could replace the U.S. dollar.

In times of global financial crisis, as we have seen in the coronavirus pandemic, the demand for the dollar is high. But it also gives rise to demands to further the use of additional reserve currencies to match the demand. No other currency, however, is as trusted as the dollar, just like no other bond is as trusted as those from the U.S. Treasury.

But what if a banking crisis in the U.S. causes the dollar to lose its value? Who will the world turn to then?

By forming various trade alliances, working on a digital currency, cooperation on green bonds, and various other projects, China and the EU are preparing for a potential collapse of the dollar. Green bonds are only a small part of an overall trend that undermines the global use of the dollar. Once the dollar loses its value, China and Europe will be prepared. For more information on this trend, please read “Is a Digital Euro the Dollar’s Doom?”

Based on various biblical prophecies and global trends of the time, the late Herbert W. Armstrong wrote in 1984 that a massive banking crisis in America “could suddenly result in triggering European nations to unite as a new world power, larger than either the Soviet Union or the U.S.” (co-worker letter, July 22, 1984).

The U.S. is multiple trillions of dollars in debt. Economic collapse is inevitable. Once that happens, another currency will take the dollar’s place.

On a small scale, green bonds are increasing the euro’s appeal. In time, investors could consider it to be an alternative reserve currency.

But the euro can’t truly rival the dollar until the problems with its own financial system are fixed. The fundamental flaws in the eurozone could even destroy the euro. But it is clear that investors are happy to use other currencies that are not the dollar in international transactions. People have other options.

The Bible specifically prophesies the U.S. will lose its superpower status. To understand these prophecies, you first have to understand that America traces its history back to ancient Israel. (For more information, please read The United States and Britain in Prophecy, by Herbert W. Armstrong.) God promised that America would be blessed for obedience but cursed for disobedience.

One of these curses God warns about is America’s enemies uniting against it. A prophecy in Deuteronomy 28:52 reads: “And he shall besiege thee in all thy gates, until thy high and fenced walls come down, wherein thou trustedst, throughout all thy land: and he shall besiege thee in all thy gates throughout all thy land, which the Lord thy God hath given thee.” Under Mr. Armstrong’s direction, the Plain Truth magazine explained in May 1962 that “the United States is going to be left out in the cold as two gigantic trade blocs, Europe and Latin America, mesh together and begin calling the shots in world commerce.”

On June 9, Brazil’s government launched the first program in Latin America to fund infrastructure projects by green bonds. Brazil’s Infrastructure Ministry said the Climate Bond Initiative is expected to certify three railways as sustainable projects. However, Brazilian President Jair Bolsonaro has often been criticized for prioritizing development over the environment. He is viewed as one of the least likely leaders to abide by global climate goals. But he is interested in trading and working with Europe. In “America Is Being Besieged Economically,” Trumpet editor in chief Gerald Flurry explained what this Europe-Latin America trade alliance means for the future.

China is also considered one of the greatest contributors to environmental pollution. There is little indication this will change. But when it comes to setting standards for green bonds, the EU works closely with China. The U.S., despite implementing many environmentally friendly policies, is left out of the discussion because it pulled out of the Paris climate agreement. (For more informations about this, read “What the Paris Climate Agreement Was Really About,” by Gerald Furry.)

Under the cloak of protecting the environment, these nations are working against the U.S. economically. We can expect to see the U.S. experience a financial collapse—as the Bible foretells. When that happens, a new currency will take its place. Europe and its allies will assume America’s economic dominance. Watch as these prophecies continue to race toward fulfillment. Soon, America truly will be “left out in the cold.”

For more on the future of the U.S. economy, read our article “When Will the Dollar Collapse?”