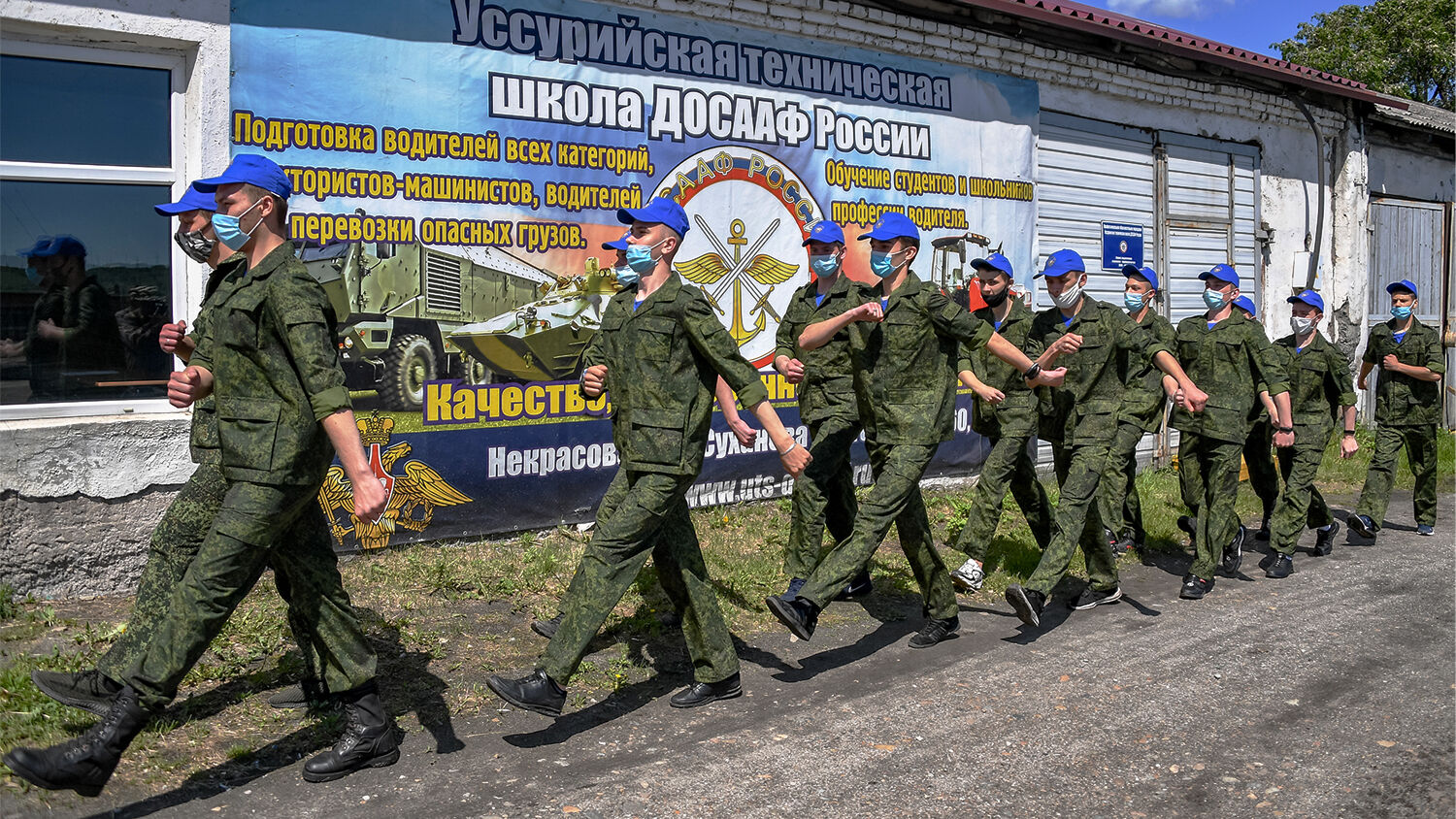 Russia’s leadership understands that using nuclear weapons in a world of mutually assured destruction would be irrational. But people are not always rational.

Russian President Vladimir Putin signed a decree on June 2 formalizing a new policy that lets Russia more easily use its nuclear weapons, including in response to a conventional weapons attack—or even in response to reports that such an attack is imminent.

The six-page document, titled “Basic Principles of State Policy of the Russian Federation on Nuclear Deterrence,” marks the first instance of Russia making its nuclear doctrine public. It reiterates long-standing policies stipulating that the nation could use its vast arsenals of nuclear weapons in response to a nuclear attack against it or against one of its allies. The document also describes three other scenarios that would give the president legal authorization to use nuclear weapons.

Previously, Russia’s largely secret guidelines were understood to make it extremely difficult for a Russian leader to legally make a nuclear strike unless the nation or its allies had suffered a nuclear attack first. The new policy considerably loosens the legal restrictions on the use of nuclear weapons. Russian leadership can now rely on the broadly defined non-nuclear attacks as a provocation justifying nuclear response.

This does not mean that Putin desires to start a global nuclear war. In 2018, he acknowledged that a third world war could lead to “the end of civilization” and stressed that world leaders must prevent the outbreak of such destruction. It is clear that he published the new policy in order to deter attacks—nuclear and otherwise—on Russia. And there is some logic in a strategy of developing weapons and publishing policies for deterrence.

In 1983, the American astronomer Carl Sagan colorfully illustrated the “mutually assured destruction” aspect of the world’s nuclear dynamic, saying: “The nuclear arms race is like two sworn enemies standing waist-deep in gasoline, one with three matches, the other with five.”

In a major nuclear war, there will only be losers, yet we constantly live with the possibility of nuclear war erupting at any time.

The late Herbert W. Armstrong said in the March 12, 1981, episode of the World Tomorrow that faith placed in nuclear deterrence is faith misplaced:

Russia has never launched a nuclear attack. But history makes clear, as Mr. Armstrong said, that when war breaks out, men ultimately choose to use their most lethal weapons. Bible prophecy reveals that great numbers of nuclear weapons will be used in a third world war.

Matthew 24:3 shows that some 2,000 years ago the disciples of Jesus Christ asked Him what the signal would be that “the end of the world” was near.

“World” is translated from the Greek word aiōn, which, in this context, means “age” or “era.”

Christ’s answer included a description in verses 21-22 of a certain war: “There will be greater anguish than at any time since the world began. And it will never be so great again. In fact, unless that time of calamity is shortened, not a single person will survive” (New Living Translation).

When Christ spoke these chilling words, a worldwide war threatening every single person was not technologically feasible. The weaponry to wipe out all human life on Earth has only come into existence during the past century. In the 1950s, a momentous prophetic milestone was crossed: The number of atomic and nuclear weapons became sufficient to annihilate all human life from Earth. For the first time, the type of war discussed in Matthew 24:21-22 was possible—and even terrifyingly probable.

[N]ow for the first time … since man has inhabited this globe, he has invented and produced the weapons of mass destruction that can wipe out all humanity from the face of this Earth. Can annihilate all human life. Just erase human life until there isn’t a one of us left on Earth.

Today, the countries of the world continue to hold each other at nuclear gunpoint. Yet even as this worldwide cataclysm approaches, there is cause for hope. In Matthew 24, Christ says that the global nuclear war at the end of this age will be so destructive that it would end all human life—unless it was shortened. In verse 22, He said, “But it will be shortened.”

Nuclear World War iii will be cut short before human beings detonate enough weapons—nuclear and otherwise—to kill themselves and all other human beings. This epoch of unprecedented death and devastation will end with the return of Jesus Christ Himself!

What is the purpose of Jesus Christ’s return? To establish God’s government on Earth. Using His authority and power over all nations as King of kings and Lord of lords, He will eliminate weapons of mass destruction and establish worldwide peace. Prophesying this news far in advance, Isaiah 2:4 states: “[N]ation shall not lift up sword against nation, neither shall they learn war any more.”

Understanding how near that future of peace is can give us a perspective that imbues us with great hope. To understand the prophecies of Matthew 24 and related passages and the deep hope contained in them, read Trumpet editor in chief Gerald Flurry’s free booklet Nuclear Armageddon Is ‘At the Door.’