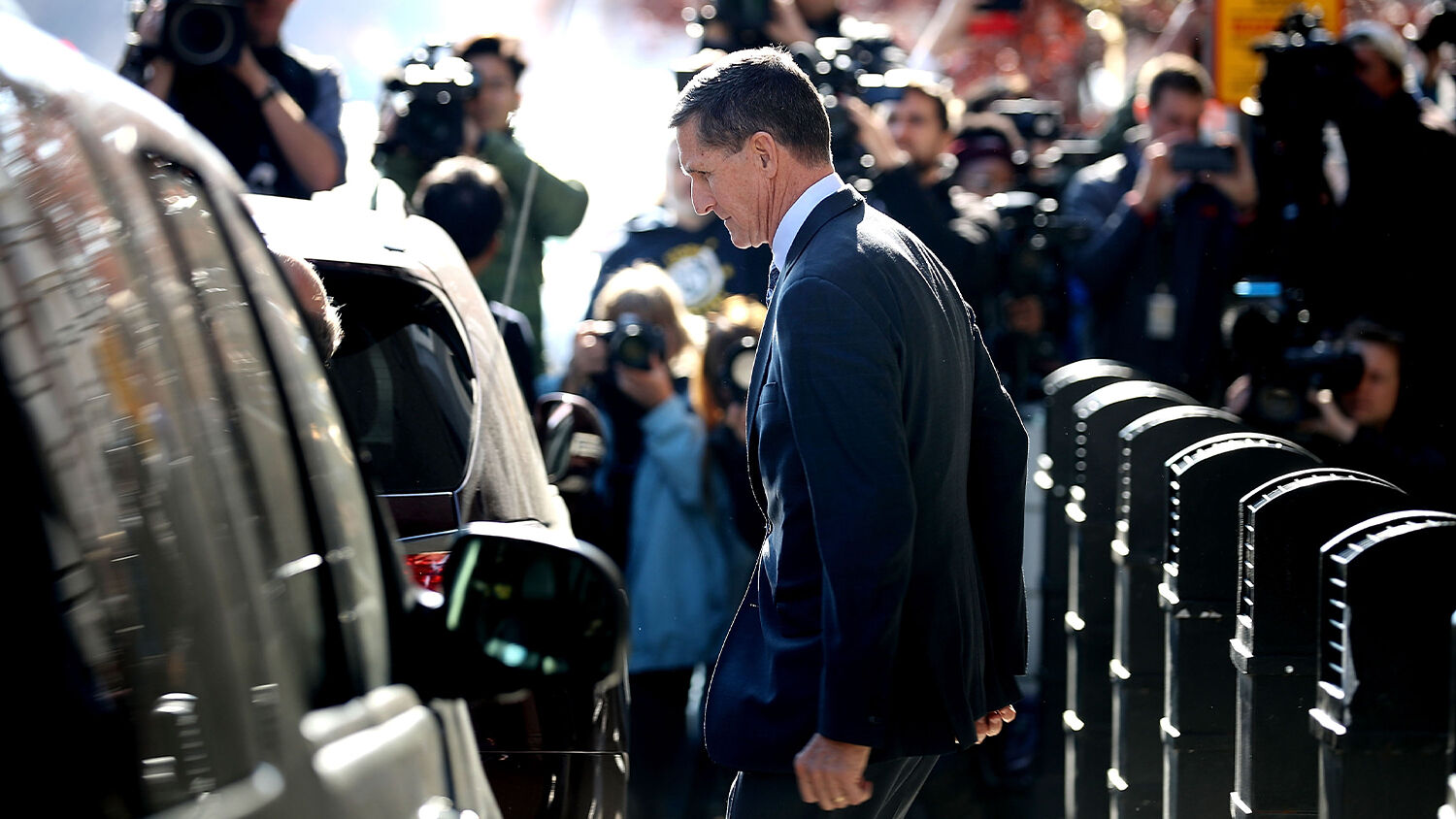 Yet another incrimination of the Obama administration

Transcripts of United States Gen. Michael Flynn’s phone call with Russian Ambassador Sergey Kislyak were released on May 29. These were highly sought after because the media had alleged that they implicated Flynn in Russian collusion. Their release proves exactly the opposite, further exposing the corrupt practices of the previous administration.

Under Federal Bureau of Investigation Director James Comey, the fbi interviewed Flynn without informing the White House. Last month, Flynn’s lawyers obtained documents showing that the fbi had conducted the surprise interview with the goal of tricking Flynn into lying, which they could then prosecute as a federal crime. “What is our goal?” one of the notes read. “Truth/Admission or to get him to lie, so we can prosecute him or get him fired?”

After this was revealed, the Department of Justice dropped the case. The only documents remaining to be seen were phone transcripts of calls Flynn had with Ambassador Kislyak. Opponents had alleged that these contained evidence of Flynn violating the Logan Act, which prohibits unauthorized Americans from influencing foreign-policy discussions with other nations.

When the transcripts were revealed last Friday, they proved to be an epic anti-climax.

At the time, the Obama administration had recently imposed sanctions on Russia for attempting to influence the 2016 presidential elections. When Flynn pleaded guilty, the Statement of Offense alleged that he had “falsely stated that he did not remember a follow-up conversation in which the Russian ambassador stated that Russia had chosen to moderate its response to those sanctions as a result of Flynn’s request.”

The transcripts, however, contain nothing showing a request by Flynn for Russia to alter its response to U.S. sanctions. The statement Flynn’s prosecutors used as grounds to accuse him was made by Kislyak on Dec. 23, 2016. In that phone call, Kislyak told Flynn that his call had been “considered at the highest level” in Moscow. But that statement was not in response to a request by Flynn to avoid sanctions.

Flynn did talk about sanctions and “reciprocal” actions by Russia. However, this was on December 29, six days later. He stated that “cool heads” needed to prevail, and that the response from both countries should be “even-keeled.”

In general, the transcripts discuss setting up meetings for the incoming Trump administration to discuss its Middle East policy with Russian officials. There is nothing to suggest Flynn attempted to negotiate with Kislyak over sanctions. Furthermore, the only mention of presidential elections is by Kislyak, who said the Russian president would like to congratulate President-elect Donald Trump on his election victory—a standard practice in diplomatic relations.

“Bottom line: the phone call was a foreign-policy discussion on behalf of an incoming president. It is of zero counterintelligence interest or any legitimate concern for the fbi,” said former fbi assistant director for intelligence Kevin Brock.

Now that the transcripts have failed to produce any evidence against Flynn, Attorney General William Barr’s request to drop Flynn’s guilty plea and the charge of lying to the fbi can proceed. Flynn will likely be fully exonerated. Ironically, this leaves the previous administration incriminated.

“It appears that the fbi interviewed Flynn because he signaled that the new administration might go in a different policy direction than the outgoing administration. That is not the fbi’s role,” stated Brock.

This is exactly what Trumpet editor in chief Gerald Flurry described in his August 2019 article “Can President Trump Get Control of His Own Divided Government?” He wrote, “Since Donald Trump became president, a dangerous level of corruption has been exposed in America’s federal government. Officials within several powerful government agencies have worked actively to sabotage Mr. Trump and overturn the results of the 2016 presidential election. This is treasonous behavior, and a bigger threat to America than most people realize!”

Mr. Flurry commented that “it seems that the harder the president’s enemies work to destroy him, the more their own wicked ways are uncovered.”

This continues with the release of the Flynn transcripts. Obama administration officials intended to implicate President Trump and his administration in colluding with Russia to influence the 2016 elections. Now, the truth has been exposed: Flynn was innocent; neither the president nor his advisers colluded with Russia.

The current opposition to the U.S. president is unprecedented in American history. What is behind it? And can the president survive another term?

Bible prophecy is relevant to today’s hostile political climate. Actions of the previous administration prove that there was a strong movement to fundamentally transform the United States. The “different direction” President Trump has gone, and for which Flynn was nearly imprisoned, was prophesied in your Bible. Mr. Flurry wrote:

One of Israel’s last kings before its fall was Jeroboam ii. This king was evil (2 Kings 14:23-24), yet Scripture records that God actually used him to save the nation temporarily. Notice carefully: “[Jeroboam ii] restored the coast of Israel from the entering of Hamath unto the sea of the plain …” (verse 25). Israel became more powerful than at any time since the days of Solomon. Despite its continued sin and rebellion, God blessed Israel with a resurgence. Why? “For the Lord saw the affliction of Israel [in Bible prophecy, the name of Israel was given specifically to America and Britain. This is explained in our free book The United States and Britain in Prophecy.] …. And the Lord said not that he would blot out the name of Israel from under heaven: but he saved them by the hand of Jeroboam the son of Joash” (verses 26-27). Israel was nearing collapse! Had God not intervened, then the devil would have realized his plan to blot out the very name of Israel!

The Bible makes specific forecasts about America that are being fulfilled. It predicted the different direction the Trump administration would take. It also predicts that Trump will get control of his government, but only temporarily. You need to understand why this temporary resurgence in America is happening—and why it will soon end in a way most do not expect.

Read “Can President Trump Get Control of His Own Divided Government?” to see where the clash between the president and his opponents will end.