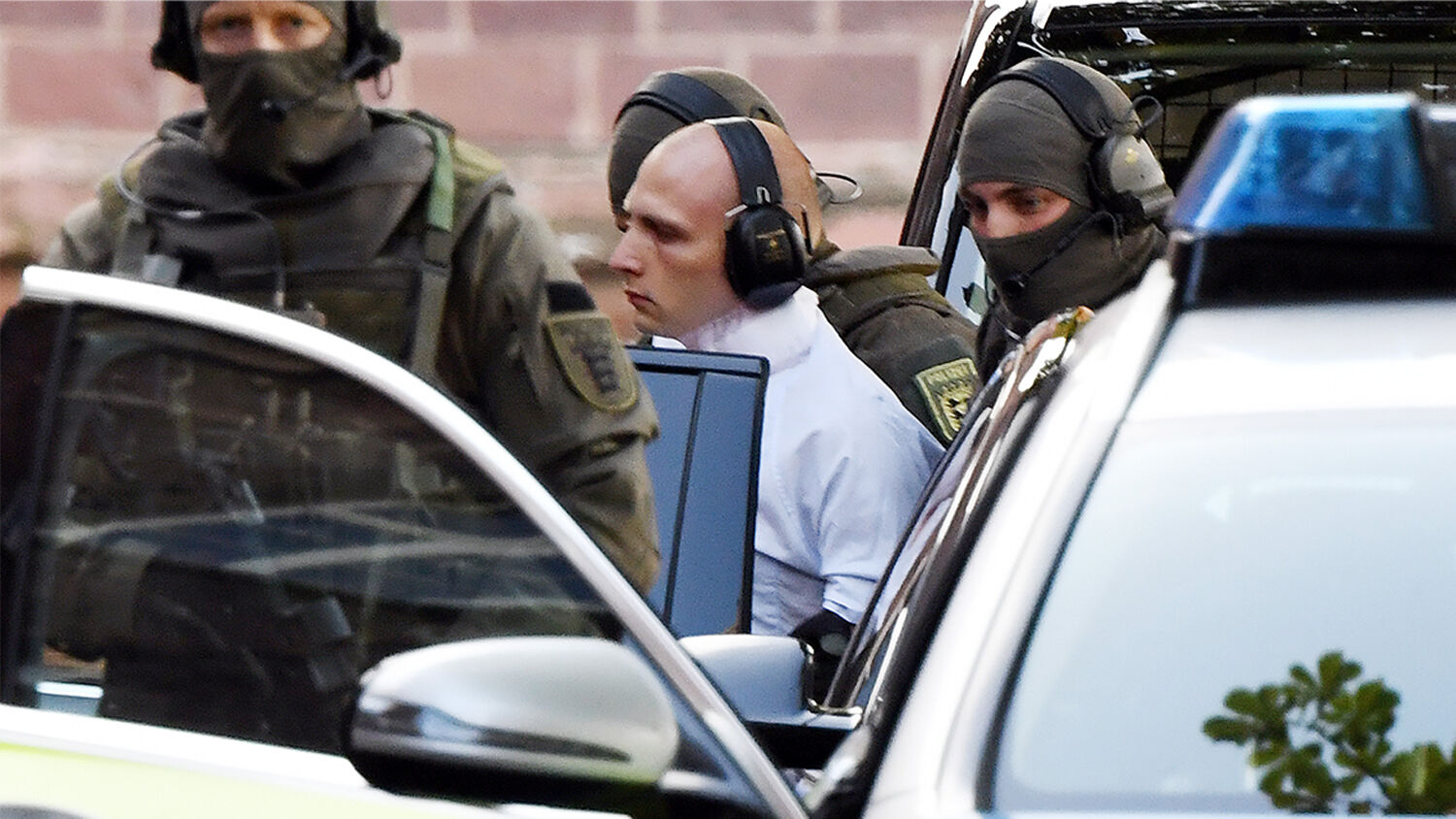 A person believed to be the suspect in the Halle shooting is escorted to a police car after landing in a helicopter at the Federal Supreme Court (Bundesgerichtshof) in Karlsruhe, southern Germany, on Oct. 10, 2019.
AFP/Getty Images

‘Nazism is not dead; it is merely underground.’

On the whole, Germany saw a rise in both far-right and far-left crimes—from 36,000 cases in 2018 to over 41,000 cases in 2019. While left-wing crimes are mostly in the realm of vandalism, crimes perpetrated by the right have been the deadliest and the most revealing.

These include the 2019 Halle attack, in which a gunman tried to enter a synagogue, failed to breach the locked doors, and then murdered two people in apparent frustration. Following the attack, Seehofer said he planned to increase security around Jewish synagogues and institutions. But the ideology behind these attacks is proving hard to guard against.

The statistics show that more than half of the 2019 cases were perpetrated by those on the far right. From acts of verbal abuse and hate speech to arson, assault and murder, over 22,000 crimes were driven by far-right policy or ideology. That represents a 9.4 percent increase on such cases the previous year.

“The biggest threat is still the threat from the far right,” Seehofer said.

It appears that 2020 will be even worse. Since the attacks last year, German politicians have been vocal about tackling anti-Semitism and racially motivated crimes. German Chancellor Angela Merkel even established a new cabinet committee dedicated to fighting right-wing extremism and racism.

And yet 10 racially motivated murders have already occurred in 2020, compared to three over the same time frame in 2019.

Despite the public statements, efforts and condemnations, anti-Semitism is on the rise. As much as Germany has tried to bury its ugly past, the specter of Nazism and the Holocaust persists.

The far-right party Alternative für Deutschland has enjoyed a meteoric rise over the last few years; anti-migrant violence is on the rise as refugee camp attacks increase; and many are beginning to encourage and accept revisionist history.

All of this, along with the rising violence and politically motivated crime, points to a return to the roots Germany has fought hard to turn away from. In “The Nazi Underground—Revealed!” theTrumpet.com assistant managing editor Richard Palmer explained that this is because Nazism isn’t really dead, but just underground.

This is why far-right parties, policies and violence are gaining popularity. It is why more Jews are being killed and more politically motivated crimes are being committed.

History is about to repeat itself. The conditions building in Germany right now are the same as those that precipitated World War ii and its associated horrors. Palmer wrote:

On May 7, [1945], when it surrendered unconditionally to the Allies, Germany presented a clear public face to the world: It said Nazis would be eradicated and good people found to fill their political, judicial and executive offices. Within four years, a new government sprang up and an Allies-friendly democratic state existed in West Germany. On the surface, everything looked great.

But look underground, and a different picture emerges.

To fully understand what is bubbling under the surface in Germany, and the full reason why these attacks and crimes are on the rise, read “The Nazi Underground—Revealed!”