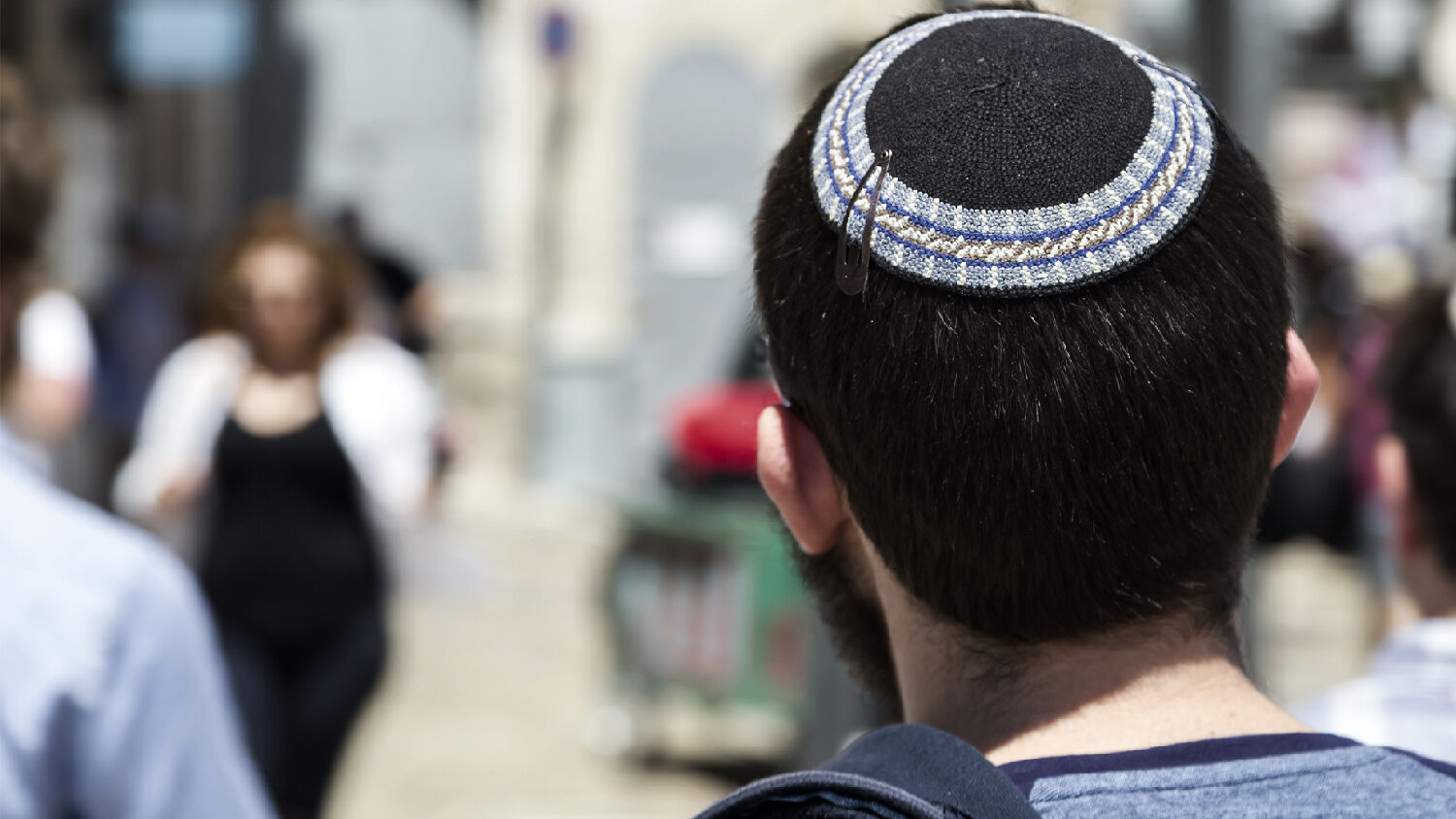 A new record Germany shouldn’t be proud of

Hatred for Jews is again rising in Germany. 2019 was a record year for anti-Semitic offenses. Germany is a country that holds many records and excels in various ways, but that’s a record it shouldn’t be proud of.

In 2019, the police registered 1,839 anti-Semitic crimes nationwide. This corresponds to at least five attacks a day. Germany’s federal government reported that anti-Semites committed more offenses in 2019 than any year since 2001. (In 2001, the federal government started to specifically categorize politically motivated crimes; comparisons to previous years are therefore difficult to nail down.)

Most offenses are attributed to neo-Nazis and other right-wing groups, according to government documents that have been made available to Tagesspiegel, following a regular inquiry from Bundestag Vice President Petra Pau and her parliamentary group Die Linke. The numbers are likely to be higher as cases will be added to the preliminary findings of the police.

The total number of violent offenses is also at its highest, with 72 anti-Semitic acts of violence in 2019, compared to 69 in 2018. In 2019, two people were killed and at least 35 people were injured in violent anti-Semitic attacks.

Some have previously tried to blame Germany’s growing problem with anti-Semitism on its growing Muslim population. Though this certainly factors in, 2019 and the first two months of 2020 have shown that Germans are the culprits of the most violent acts.

One case in 2019 particularly shocked all of Germany. In October, a right-wing extremist tried to shoot down the door of a fully occupied synagogue in Halle, Germany. As his attempts failed, he shot a woman on the street and a man in a Turkish snack bar.

In February, Tobias R. killed nine people before killing his mother and then himself. The killing spree was triggered by the apparent motive to cleanse Germany from foreign influences. Tobias R.’s manifesto revealed that he had a profound hatred for Jews.

“Especially after the Halle attack,” Tagesspiegel noted, “the deadly dimension of anti-Semitism in Germany could no longer be disputed” (Trumpet translation throughout). Federal Commissioner for Combating Anti-Semitism Felix Klein said that his greatest concern is the “significantly increased aggressiveness, which is expressed in the highest level of anti-Semitic violent crime.”

“The new police crime statistics confirm our fears,” said Josef Schuster, president of the Central Council of Jews in Germany. “The breaking of taboos and the linguistic disinhibition that we experience everywhere and that are largely fueled by the [Alternative für Deutschland] ultimately translate into action. We also have to assume a high number of unreported cases. Many of those affected do not even file a complaint because investigations are often terminated and only a few perpetrators are actually brought to justice.”

In the current balance sheet on anti-Semitic crime, the federal government mentions 363 “propaganda offenses” in addition to the acts of violence. Among other things, these are anti-Jewish smear shops and mobbing in public. The police identified a total of 1,019 suspects in 2019 for anti-Semitic offenses. Eight people were detained and only two arrest warrants were issued.

What will it take for Germany to wake up to the evil that is growing in its midst? Is the memory of the Holocaust not enough? Regarding violence committed by migrants, Interior Minister Horst Seehofer said in 2018 that such crimes should be treated with “zero tolerance.” “Where boundaries have been crossed, rules or laws are broken; I am going to show zero tolerance,” he said.

Why than the inexplicable tolerance toward right-wing extremists?

Of course all crimes should be treated the same way. But as its own government officials have repeatedly said, Germany has a special responsibility to protect its Jewish population. But it falls awfully short of keeping this responsibility. This is true whether the crimes are committed by native Germans or migrants.

Could it be that Germany never truly repented of the crimes it committed in World War ii?

That’s a hard question that German officials and the public should be asking themselves in light of the recent spikes in violence.

As Trumpet editor in chief Gerald Flurry explains in Germany and the Holy Roman Empire, the German people will commit even worse crimes than World War ii unless they truly repent. In Nahum—An End-Time Prophecy for Germany, Mr. Flurry further explains:

The word Nahum literally means “full of comfort.” There is a great comfort coming to this world when God destroys the German war machine forever. This nation has caused more wars than any other nation in the history of man! So says your Bible and secular history!

Then God shall build a great, hard-working German nation that will serve all of humanity. …

This prophecy is called a burden, which comes from the Hebrew word massa, meaning “grave and weighty.” This is a painfully solemn introduction. The Germans could save themselves so much suffering if only they would heed God’s message.

Increased attacks on Jews and foreigners in Germany should be a wake-up call for the whole country to come to repentance and heed God’s warning. Every nation on Earth should do this. But Germany needs to do so all the more, lest history repeats itself on far greater scale.

If you want to learn more about what the Bible teaches about where events in Germany are leading, request your free copies of Nahum—An End-Time Prophecy for Germany and Germany and the Holy Roman Empire, by Gerald Flurry. These two booklets will help you understand why mankind has not learned from history—and the consequences that will result from that ignorance.