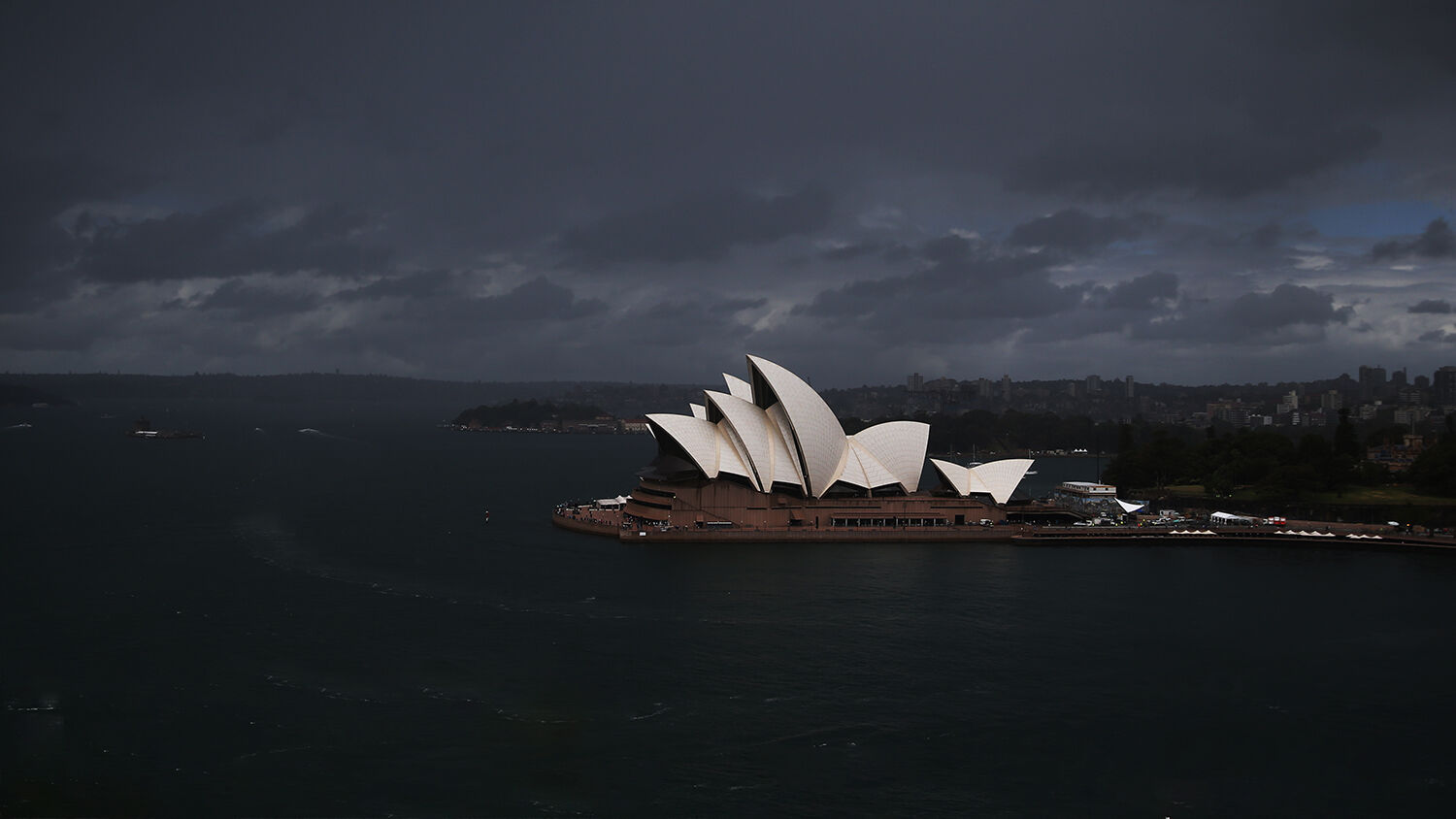 A leaked defense report shows that Australia is woefully underprepared for a real global crisis.

Australia has been stockpiling goods, suffering unemployment, and experiencing general hysteria throughout the coronavirus pandemic. Yet the curve has flattened, and the death toll has yet to hit triple digits. But what if the models had been true? What if the “experts” were right and Australians had started dying by the thousands? What if global supply lines suddenly stopped? Could Australia cope with a real crisis—pandemic or otherwise?

A recently leaked report says, no.

According to senior engineers from 17 different industries, Australia would last three months. Food would run out in one month; fuel would be completely depleted in two; social unrest would ensue in three.

The findings come from a confidential 2019 defense report obtained by Australian abc News. It was commissioned by former Defense Department Director of Preparedness Cheryl Durrant. The report lays out a predicted timeline of events should a more serious crisis take hold.

Australia is an import-export nation. “Almost all our trade—98 percent of our trade, imports and exports—depends upon foreign-owned shipping systems; so we are actually in a pretty fragile position,” Ms. Durrant said. Any major global disruptions could see Australia stranded. Without critical imports, the gears of the economy would stop turning.

According to abc, the defense planning report was the first mobilization review since the Cold War. The report highlighted numerous potential global crises, including a war between the United States and China. “The review looked at the big issues, like if we had to go to war, do we have enough fuel? Do we have enough energy?” Ms. Durrant told abc. “Can the national supply chains and our national infrastructure support defense in a war or other crisis?”

Ms. Durrant is speaking out because she feels it is her duty to convince Australia to prepare for an unstable world. The report timeline shows how dire circumstances now are.

The report assumed the nation’s cybersecurity and telecommunications would already be “infiltrated” before a crisis even begins. This, of course, indicates that we are already compromised. Trumpet editor in chief Gerald Flurry has highlighted the problem of the West’s dependence on modern technology; technology has become essential for our security, and other nations know it!

In March 1992, Joseph de Courcy wrote in the Intelligence Digest, “Computer dependence is the Western world’s Achilles’ heel, and within a few years this weakness could be tested to the full” (emphasis added throughout). In “America’s Achilles’ Heel—and Germany,” Mr. Flurry wrote:

I believe one key end-time Bible prophecy could well be fulfilled through the kind of cyberterrorism Mr. de Courcy described: “They have blown the trumpet, even to make all ready; but none goeth to the battle: for my wrath is upon all the multitude thereof” (Ezekiel 7:14). … It seems everybody is expecting our people to go into battle, but the greatest tragedy imaginable occurs! Nobody goes to battle—even though the trumpet is blown! Will it be because of computer terrorism?

It is no surprise that hoarding would begin immediately. Even when the coronavirus hit, fistfights broke out in frenzied checkout lines. In a panic, shoppers stocked up on basic necessities, such as toilet paper. Two months after the covid-19 crisis began, some basic items are still hard to find!

Painkillers and other pharmaceuticals were also stripped off many shelves. The defense report indicated that specialized medicines would be the first to go.

Loss of Water, Exports and Jobs

The report pinpointed water systems as one of the first utilities to go. Many chemicals used in water treatment and sewage are imported. If there were a complete cessation of trade, we might be smelling this problem within a week.

As the coronavirus lockdown continues, job losses have been felt nationwide. Treasury forecasts predict unemployment to hit 10 percent in the June quarter, pushing the nation into recession. Without the government wage subsidies, it could be 15 percent.

Government bailout schemes are sending the nation deeper into debt. In the event of a real global crisis, there is little doubt the over-burdened system would be pushed beyond the breaking point.

In the event of a real crisis where Australia lost access to imported goods, roads would go quiet. There would be no freight or passenger transport.

Right now, Australia has less than 50 days of fuel. It has 22 days’ worth of crude oil, 59 of liquified petroleum gas, 21 of diesel, and just 20 days’ worth of petrol. In the event of a cutoff, the average driver would have what is in the tank, and that’s about it.

No fuel means no resupplying, no travel and, consequently, national shutdown.

While resilient, Australia’s food chain is dependent on fuel. Transportation of goods from farmer to grocer is critical. While Australia can grow some of its own foods, fuel is another matter. The first month would, according to the report, see “liquid fuel shortages affecting logistics.”

By the report’s reckoning, after three months, Australia would all-but implode. And this is just if we were cut off. It doesn’t include things like nuclear warfare or invasion.

What Is the Solution?

So what do we do about this problem? The government has decided to begin stockpiling fuel. Is that enough? What about our reliance on China or the increasingly fragile supply chain? And what about individual Australian citizens? Should people stockpile? Become self-sufficient? Get off the grid?

The Australian Defense Force and even the Australian people would do well to heed the words of Trumpet managing editor Joel Hilliker. In “Are You Ready for the End of the World?” he wrote, “Those who plan to weather the coming storms through their own foresight and ingenuity are underestimating the savageness of the time ahead. More importantly, they are misplacing their faith.”

The experts need to open their Bibles and read what God Himself says is to come. Then we might finally see that the answers we seek are not physical but spiritual!

The solutions to our nation-destroying problems are not with men. They are with God. “Lay not up for yourselves treasures upon earth, where moth and rust doth corrupt, and where thieves break through and steal,” Jesus Christ instructed, “But lay up for yourselves treasures in heaven, where neither moth nor rust doth corrupt, and where thieves do not break through nor steal: For where your treasure is, there will your heart be also” (Matthew 6:19-21).

In this and several other passages, the preparedness Christ urged was spiritual. Christ also taught that we should pray each day for “our daily bread,” and warned against faithless anxiety and fretting over tomorrow’s problems (verses 11, 25, 31-34). He was not an advocate of hoarding food: “For whosoever will save his life [or seek to maintain his physical life at all costs] shall lose it: but whosoever will lose his life for my sake, the same shall save it” (Luke 9:24).

That isn’t to say we should not be planners or have some food in our homes. But where should our focus be? What do we rely on to see us through a crisis?

Christ was the world’s greatest proponent of putting our trust in God! Believe it or not, God promises protection and escape from the calamities coming on our world (Luke 21:36). He lays out a clear process that we must follow if we are to be saved from what is coming. But the first step is a hard one—repentance.

We, as a nation and individually, place so much faith in self. Despite thousands of years of evidence to the contrary, we still think we can govern ourselves and reject our Creator. We think we can weather the storms that we have created. But God says the only way out is trusting in Him. And that means ridding ourselves of the hard hearts and stubborn attitudes that brought us here in the first place!

Australia, and the world as a whole, is on the brink of disaster. There are events in the near future that could plunge us into global unrest. But there is a way out and a path to a real joyous life beyond these dark times. Be sure to request Mr. Flurry’s booklet Repentance Toward God for more on that life-saving first step.