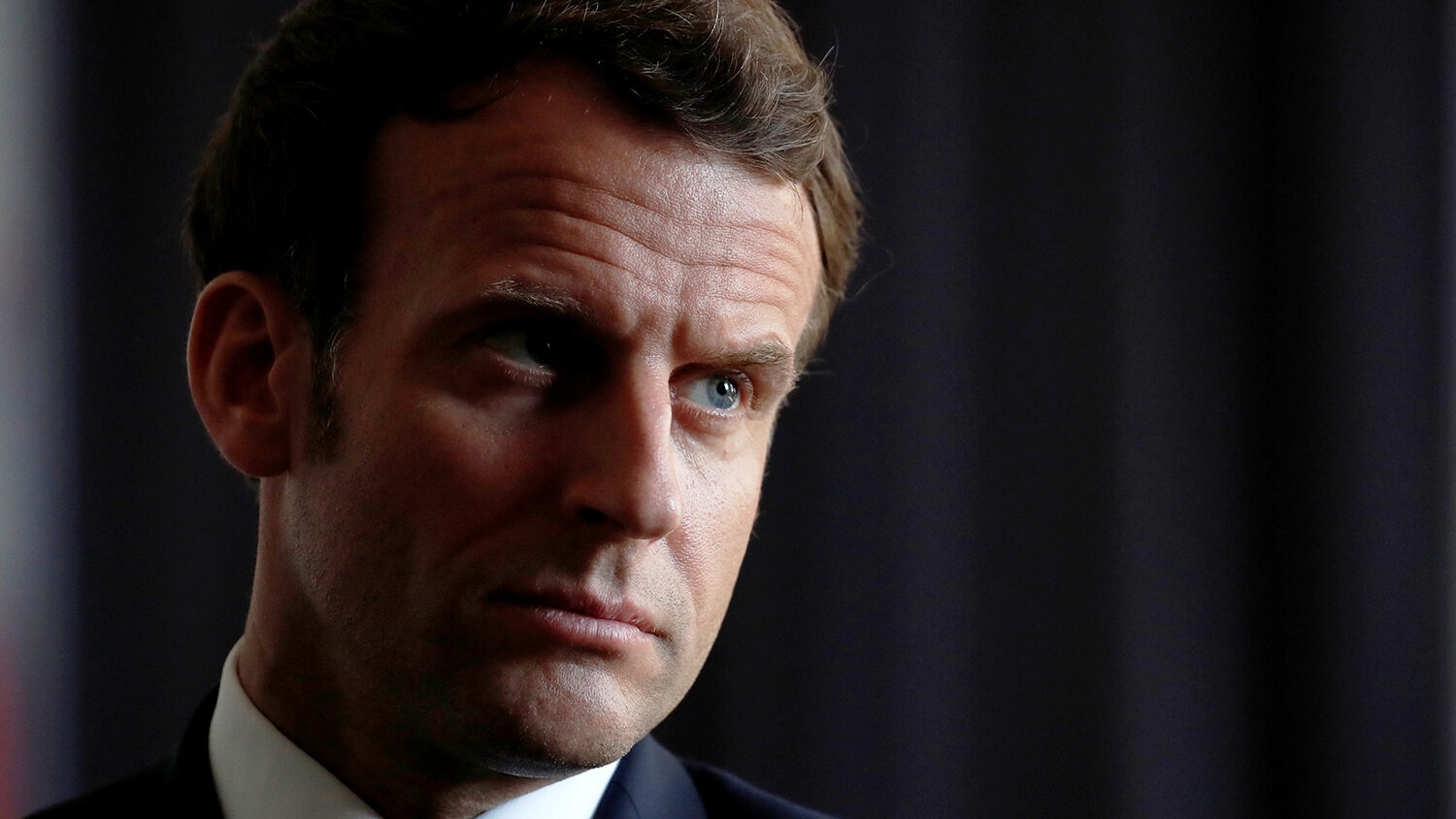 French President Emmanuel Macron on April 7, the 22nd day of lockdown in France aimed at curbing the spread of covid-19
GONZALO FUENTES/POOL/AFP via Getty Images

Macron seeks to employ all religious denominations to further ‘social cohesion’ amidst covid-19.

In the midst of the coronavirus pandemic, on April 22, French President Emmanuel Macron sought dialogue with representatives of religious and secular associations in France, hoping to unite France in renewed solidarity, according to the Vatican News website.

In “Emmanuel Macron Talks With Cults,” Vatican News noted that Macron wanted to hear from the worship leaders how the containment measures were perceived in their various communities. But this is the second time in the past two months that the French president has held a meeting of this nature. His most recent meeting shows how much he is concerned about the crisis’s effect on France’s social fabric.

French Bishops’ Conference Mgr. Éric de Moulins-Beaufort represented the Catholic Church at the meeting. Macron had previously received Moulins-Beaufort for a 1½-hour “courtesy visit” in August last year, LaCroix reported at the time. One of the talking points between the two was the “relations between cults and the state.”

The Catholic representative is reportedly very pleased with how Macron is following up on the discussion. “I believe that the president’s wish was clearly to thank the investment of cults in the face of covid-19,” Moulins-Beaufort said. “Emmanuel Macron wanted to know what our state of mind was. He wanted to hear from us about the plight of French people facing death and mourning. He knows that the families are deprived of funerals and that this is very hard. We can no longer comfort ourselves, hug each other …. We insisted on the fact that we should organize dignified ceremonies after the fact.”

François Clavairoly, president of the Protestant Federation of France, explained why these meetings are of such great importance to the French president: “For Emmanuel Macron, religious denominations bring social cohesion. Faced with this global health crisis, he is determined to call upon all resources, including spiritual resources.”

Macron seeks to use religion to unite his divided country.

About an hour prior to his meeting with the various religious representatives, Macron had a telephone conversation with Pope Francis. According to the president’s office, the two men stressed their convergence of views concerning the universal truce, debt cancellation, international solidarity and Europe. During the call, Macron also explained France’s strategy in the crisis and renewed his invitation for Pope Francis to visit France.

Church and state in France are required by law to be separate. But Macron believes they need to work together.

At the Collège des Bernardins, on April 9, 2018, Macron delivered an hourlong speech to French Catholic bishops and more than 400 Catholic leaders. In his opening remarks, he said, “[W]e doubtless share the same vague feeling that the link between the church and the state has been damaged, and we both believe it is important to repair it.”

“Indeed, it is because I refuse to be indifferent,” he told the bishops, “that I am aware to what extent the history that the state and the church have shared for so long is now peppered with misunderstandings and reciprocal mistrust. … But today, in this period of great social fragility, when even the fabric of the nation is at risk of falling apart, I believe it is my responsibility not to let Catholics’ trust for politics and politicians erode away.”

During the periods that the Holy Roman Empire was on the scene, church and state worked closely together. And until the Protestant Reformation, the Catholic Church was the undisputed most powerful religious authority in Europe.

France has a long history of cooperation with the Roman Catholic Church. During times of crisis, the French have been united in belief and hope through the cohesive factor of religion: striving for the same goals, attending the same services, hearing the same messages, and being inspired by the same music, the same culture.

The country’s unity has suffered through infighting within the Catholic Church and during following the Protestant Reformation.

The Catholic Church’s supreme goal has always been to unite Europe under one government and one religion—that is exactly what the Holy Roman Empire is. But throughout history, this goal has only been achieved with much bloodshed. Charlemagne, the first emperor of the Holy Roman Empire, is a leader Europe often looks to with admiration.

“For 1,000 years the destiny of our Continent has revolved around the choice between a cohesive or a fragmented Europe,” former German President Roman Herzog said in 1997 during his acceptance speech for the Charlemagne Prize. “Charlemagne, after whom our prize is named, made his own particular choice: the first unification of Europe. At such an hour the truth must be told: Only by wading through a sea of blood, sweat and tears did he reach his goal” (emphasis added).

Trumpet editor in chief Gerald Flurry attended Herzog’s award ceremony. Concerning Herzog’s comments, Mr. Flurry writes in Germany and the Holy Roman Empire, “Indeed, the history of European unification has been one of much blood. And Germany has been Europe’s greatest perpetrator in instigating that bloodshed. Roman Herzog has long been one of Germany’s biggest promoters for European unification. He and many other European leaders frequently hearken back to Charlemagne as the inspiration behind modern-day unification.”

“While Macron is seeking closer alliance with Germany, he is also allying with Europe’s oldest institution: the Roman Catholic Church,” Mr. Flurry wrote in “France Is Resurrecting the Holy Roman Empire.” “Macron is thus leading France into a dangerous church-state union that has plagued the Continent for centuries: the Holy Roman Empire.”

This empire has brought unity to Europe, but it has always come with a price. “In the name of religion,” Mr. Flurry continued, “millions have fought and died on the European continent. For rejecting Catholicism, many have been tortured and killed by the state but at the behest of the church!”

As Mr. Flurry explains in Daniel Unlocks Revelation, the Holy Roman Empire was prophesied to plague this Earth seven successive times (see Daniel chapters 2 and 7 and Revelation chapters 13 and 17). We have already seen this empire rise six times. The last resurrection is prophesied to consist of 10 European nations, or groups of nations, ruled by 10 European kings. At the helm of this empire will be Germany.

Mr. Flurry explained in “France Is Resurrecting the Holy Roman Empire” that the current 28-nation European Union will be pared down to 10. “Britain has already withdrawn from the EU,” he wrote. “Others will follow or be kicked out.”

This soon-coming union between church and state is a crucial part of the fulfillment of this prophecy. You need to understand what these prophecies mean, how they are being fulfilled, and where this is all leading. Please read “France Is Resurrecting the Holy Roman Empire.” You desperately need the information it provides.