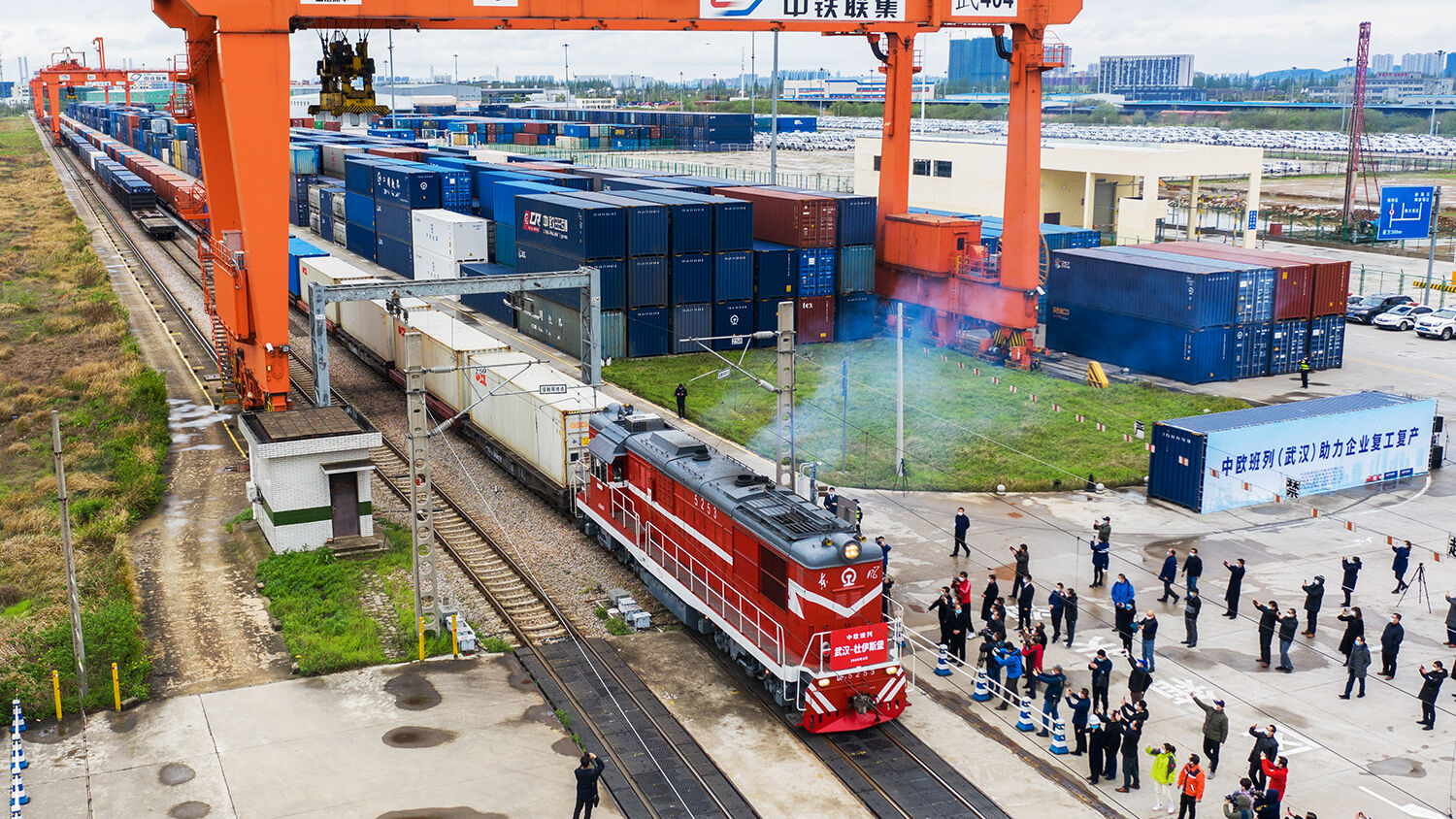 Meanwhile, both are blaming America.

German Chancellor Angela Merkel and Chinese President Xi Jinping agreed to a large-scale shipment of coronavirus medical supplies from Chinese state-controlled manufacturers. According to the South China Morning Post, the two agreed in an April 8 phone call that “closer international cooperation was needed” to manage the crisis.

Germany has already received more than 50 million face masks from China, along with other important protective gear.

According to Germany’s deputy government spokesperson Ulrike Demmer, Merkel and Xi were “both in agreement that the current crisis can only be resolved through closer international collaboration—such functioning trade.”

China and Germany are already close trade partners. In her 15 years as chancellor, Merkel has visited China 12 times. The World Economic Forum calls Germany and China the “main trade bridges between” Europe and Asia. Indeed, China is the third-largest consumer of German goods, and more than $80 billion worth of Chinese exports go to Germany.

With the United States being both China’s and Germany’s top trading partner, the move to draw closer together but further from America would not have been taken lightly.

This new Sino-German supplies deal comes amidst German accusations against the U.S. of confiscating equipment intended for Berlin. German Interior Minister Andreas Geisel told Tagesspiegel, “We consider this to be an act of modern piracy. This is no way to treat trans-Atlantic partners. Even in times of global crisis, we shouldn’t resort to the tactics of the Wild West.”

Although the accusations were unsubstantiated, the negative sentiment has persisted. Berlin Mayor Michael Müller tweeted that U.S. President Donald Trump’s actions “do not just betray a lack of solidarity, they are inhumane and irresponsible.” Even Merkel refused to give the U.S. the benefit of the doubt, saying that “it’s important that we get to the bottom of it.”

The feelings are perhaps best summed up by German Foreign Minister Heiko Maas’s interview with Der Spiegel, when he said, “Let’s see what the American government’s approach to discussion leads to, whether the ‘America First’ model really works.”

Similarly, anti-American sentiment and even propaganda has been coming out of China. The ultimate twist of irony is that while the coronavirus originated in China, a series of strategic emergency aid packages to European countries like Spain, Italy and Serbia have seen it emerge as a type of savior. The U.S., meanwhile, has been blamed for creating the disease, and China has mobilized bots to spread this propaganda across media.

The pandemic started with a Chinese cover-up and the death of the primary coronavirus whistleblower. But now, President Xi is being presented as the ultimate crisis manager, while both Germany and China are blaming and criticizing President Trump.

President Trump is so often portrayed as a trigger-happy leader who is precipitating a trade war through aggressive and unreasonable trade practices. Trumpet writer Richard Palmer wrote in “Spiraling Into Trade War”:

The consensus is that America is about to launch a war that could escalate dangerously. America puts up some tariffs, Europe and China retaliate, America retaliates against their retaliation—and soon, trade barriers are up everywhere, stopping trade and sending prices soaring. This leads to skyrocketing unemployment, economic depression and political upheaval.

Such a future is plausible. But is it caused by America senselessly upsetting global trade?

No. In fact, America is the most pro-trade advanced economy. America imposes only half the level of tariffs that China does. The European Union slaps 10 percent tariffs on U.S.-made cars and foodstuffs—while the U.S. imposes only tiny tariffs in exchange.

The EU and China have been attacking the United States economically for years. America is the victim of a trade beatdown. Donald Trump is only “starting a trade war” in the sense that he is fighting back.

Trade with the U.S. has been lucrative for Germany and China because they have been subjecting the U.S. economy to a “trade beatdown” for so long. But now that President Trump is fighting back, hostilities are growing, accusations are being made, and new alliances are being solidified.

At the beginning of the Cold War, America airlifted supplies into Berlin every 30 seconds. China’s similar actions today seem to be ushering in a new cold war.

To be sure, this is an uneasy alliance. Many Germans and Europeans are at odds with China’s approach to stifling the coronavirus, its spreading political influence, as well as its lack of reciprocity with economic partners in its Belt and Road Initiative.

However, the shifting trade dynamic and the mutual hostility Germany and China have toward the U.S. makes their union more robust, aligning under the rationale “the enemy of my enemy is my friend.”

China and Germany are both involved in bilateral trade agreements. They both opposed President Trump’s decision to pull out of the Iran nuclear deal and the Paris Climate Accords, as well his decision to move the U.S. Embassy from Tel Aviv to Jerusalem. At the same time, the U.S. and China have tariffs amounting to $34 billion worth of each other’s imports, while Germany is also the main target of Trump’s retaliatory taxes on cars, aluminum and steel.

All these factors are being called into play by coronavirus, and leading to the fulfilment of Bible prophecy.

In Isaiah’s End-Time Vision, Trumpet editor in Chief Gerald Flurry writes that in the end time there will be “a brief alliance between the German-led [Europe] and certain Asian powers … possessing the key resources and strategic holdings of China,” which would have the power and influence to economically besiege the United States.

He based that prediction on Bible prophecy. Isaiah 23 describes Chittim (China), Tarshish (Japan) and Tyre (German-led Europe) having an interdependent economic alliance called “the mart of nations.” This trade bloc will have a monopoly over all trade routes and deals across the world and will freeze out the U.S. in an “economic siege.”

Present simmering hostilities are precipitating the creation of this mart of nations, as coronavirus brings China and Germany closer while further distancing them from the U.S. To fully understand this prophecy and what it means for the coming global order, read “Trade Wars Have Begun” and request your free copy of Isaiah’s End-Time Vision.