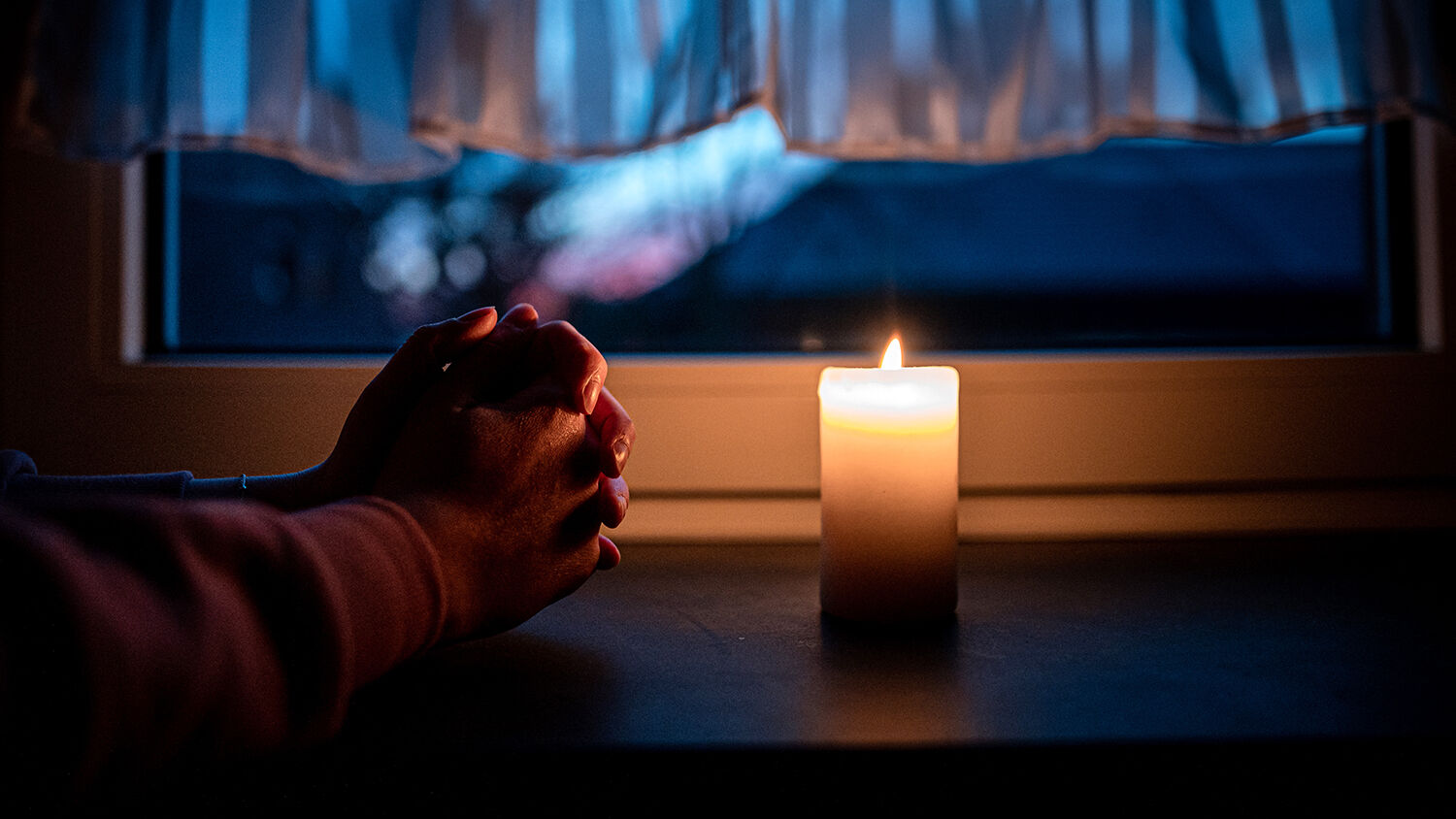 Where will a religious revival lead?

Referring to the coronavirus crisis, Bavarian State Premier Markus Söder said on March 22: “Those who believe should pray that Germany will not be hit too hard” (Trumpet translation throughout). Various Christian representatives took Söder’s appeal seriously.

Söder is currently rising in popularity like almost no other politician before him. Many now think, if current trends continue, he will become Germany’s next chancellor.

In a nation that claims to keep church and state strictly separate, his appeal to pray was met with great enthusiasm and acceptance. A few Christian representatives took Söder’s appeal as a call to action and formed an ecumenical event called “Germany Unites in Prayer.” On April 8, over half a million people followed the prayer campaign online. Söder took over the patronage of the event, which united Catholic, Protestant, Orthodox and Free Church Christians. The event was advertised as “the largest prayer campaign that Germany has ever seen.” The organizers rated the ecumenical initiative an “overwhelming success.”

This event highlights that in times of crisis people turn toward religion and faith. It also shows that a crisis can cause varying denominations to come together and put aside differences.

In a video message at the event, Söder said that faith gives people strength and fills the heart with optimism. Community prayer connects denominations and religions, he added. “Linking arms in faith, and the commitment to the values of the faith, is what connects us all,” he said. Söder was saying that the various Christian churches can have unity.

“United in heart and online via the live stream of Deutschland Betet Gemeinsam (Germany Unites in Prayer), leaders and Christians from different confessions will join in prayer for our country. A signal against anti-Semitism. A signal against hopelessness,” theologian and author Johannes Hartl wrote on the website deutschlandbetetgemeinsam.de. “Solidarity instead of isolation; hope instead of fear. Our country needs God’s help, and we want to set a clearly visible sign. Will you be part of it?”

Event organizers published a prayer on the website. Within the prayer is quoted 2 Chronicles 7:14, which reads: “If my people, which are called by my name, shall humble themselves, and pray, and seek my face, and turn from their wicked ways; then will I hear from heaven, and will forgive their sin, and will heal their land.” In reference to this scripture, the prayer stated: “We disregarded your commandments, distorted your order, and ignored those suffering. We are sincerely sorry for this.”

Germany has increasingly become a secular country. The influence of its major churches has decreased, and the division between its various Christian denominations has seemed insurmountable. But all of that is changing with the coronavirus crisis.

This crisis has even prompted the top representatives of Germany’s Catholic and Protestant churches to make a joint television appearance.

On April 12, the chairman of the Catholic German Bishops’ Conference, Bishop Georg Bätzing, and the chairman of the Council of the Protestant Church in Germany, Bishop Heinrich Bedford-Strohm, appeared together on the The Word for Sunday, Germany’s second-oldest television program. In the program’s nearly 66-year history, there has never been a time when Catholic and Protestant leaders have addressed the nation together.

German news broadcaster ard hailed this as “an ecumenical cooperation that has never existed before.” But it happened now “due to the special situation caused by the coronavirus pandemic.”

“In a time like this, a jolt needs to go through our nation,” Hartl wrote, referencing former President Roman Herzog’s 1997 speech, in which he said, “Innovation begins in the mind. … Germany needs a jolt. We must give up cherished entitlements. Everyone is involved; everyone must make sacrifices; everyone has a role to play.” This was Herzog’s call to action. Now, Christian leaders are calling on Germans to act again.

“However, unlike Herzog,” bild.de noted, “the jolt that [Hartl] has in mind does not mean a technical innovation and an economic awakening, but a sign of spiritual strength and reflection.”

Hartl believes Germany needs to revive its religious roots. Together with Markus Söder, Germany’s Christian churches may be on the path leading to an extraordinary religious revival and find unity that has been lost since the Protestant Reformation.

In 2017, Söder confessed that he was a “fan of ecumenism.” He believes that the various Christian denominations should work closer together. “Jesus Christ is the standard for me,” Söder told Münchner Kirchenzeitung. “He knew no denomination. I am always fascinated by Jesus Christ.”

With his rising popularity in Bavaria, and throughout Germany, Söder may soon lead this revival of unity between the various denominations.

The Catholic Church has tried since the Protestant Reformation to bring its breakaway daughters back under its leadership. But these attempts have failed.

The Bible prophesies, however, that the mother church will not only strive to bring back its protesting daughters, but it will actually succeed! The late Herbert W. Armstrong boldly proclaimed as far back as the 1930s that the Catholic Church would unite with its Protestant and Orthodox daughters. He based this forecast on various biblical prophecies, such as those in Isaiah 47 and Revelation 13 and 17. Isaiah 47 says that the Catholic Church will not “know the loss of children” (verse 8).

Mr. Armstrong declared these prophecies to the world for decades. In October 1961, his Plain Truth newsmagazine proclaimed: “Protestantism will be absorbed into the ‘mother church’—and totally abolished.” Many have dismissed these prophecies, pointing to Europe’s drift toward secularism and the seemingly irreconcilable differences between the Catholic Church and its daughter churches. But now a potential chancellor-candidate in Germany is driving the churches’ ecumenical work forward.

Though Söder is Protestant, he maintains close ties with the Catholic Church. “I am a Lutheran,” Söder said, “and we are regarded as ‘half Catholics’ in the German Evangelical Church anyway.”

When asked what he envies a Catholic for, Söder said: “I like to be Protestant, and I appreciate my regional bishop, but we don’t have a holy father. This center of Christianity in Rome and the world church are particularly beautiful.”

As Germany’s various churches work toward greater cooperation, it appears to be about unity and goodwill. But history and Bible prophecy make clear where such developments are leading. And the reality is frightening.

Europe’s history has been shaped by kings and emperors who united the Continent through religion. When Roman Herzog received the Charlemagne Prize for his efforts to unite Europe, he said in his acceptance speech on May 8, 1997: “For 1,000 years the destiny of our Continent has revolved around the choice between a cohesive or a fragmented Europe. Charlemagne, after whom our prize is named, made his own particular choice: the first unification of Europe. At such an hour the truth must be told: Only by wading through a sea of blood, sweat and tears did he reach his goal” (emphasis added). Charlemagne’s ultimate goal was to promote the Roman Catholic Church, convert “heretics” by the sword, and conquer Europe. That is how every resurrection of the Holy Roman Empire has operated throughout history.

The Holy Roman Empire is a church-state combine. God prophesied in Revelation 17 that this European power would rise seven times (verse 10), terrorizing the world with each resurrection.

In the book of Revelation, the Apostle John prophesies of a woman who “sitteth upon many waters,” committing fornication with powerful world leaders (Revelation 17:1-2). This woman, which in Bible prophecy is symbolic for a church (e.g. Ephesians 5; 2 Corinthians 11:2), has global power, sitting upon and guiding a great beast, which represents a political power (Revelation 17:3).

The Bible also reveals that she sits on “seven mountains” and has influence over “peoples, and multitudes, and nations, and tongues” (verses 9, 15). A look at a topographic map shows that Rome, the headquarters of the Roman Catholic Church, is situated on seven hills. And Europe is a continent that unites “peoples, and multitudes, and nations, and tongues.” The description in Revelation 17 of this Holy Roman Empire can only refer to the Roman Catholic Church and its alliance with various European countries. (For more detailed information about this empire, request our free book The Holy Roman Empire in Prophecy.)

But as Mr. Herzog noted, unity in Europe comes with a price, and this price is blood. Trumpet editor in chief Gerald Flurry attended the 1997 award ceremony in which Herzog received the Charlemagne Prize. Concerning Herzog’s comments, Mr. Flurry writes in his free booklet Germany and the Holy Roman Empire: “Indeed, the history of European unification has been one of much blood. And Germany has been Europe’s greatest perpetrator in instigating that bloodshed. Roman Herzog has long been one of Germany’s biggest promoters for European unification. He and many other European leaders frequently hearken back to Charlemagne as the inspiration behind modern-day unification.”

Is it coincidence that Hartl linked the ecumenical prayer to Roman Herzog? The Catholic Church and Europe’s leadership well understand the history of the Holy Roman Empire.

In Markus Söder, Germany’s Catholic Church may have found the ideal man to bring about Christian unity. Many Protestant and Free churches will likely follow Söder’s example as he increasingly submits to the rule of the Catholic Church. Söder, in turn, may be viewing this alliance as a means to extend his personal political power.

However, the Bible is abundantly clear that Christian unity will have a price. “Indeed, biblical prophecy indicates that full unity will not be achieved purely voluntarily,” Mr. Flurry wrote in May 2007. “At a certain point, the mother church will abandon its efforts to woo her daughters back by flatteries and instead revert to the age-old method of preserving ‘Christian’ unity by exerting physical force.”

It remains to be seen what role Söder and other European leaders will play in the fulfillment of this prophecy. But one thing is certain, Europe’s religious roots are about to give new life to an empire that was thought to be dead. The Holy Roman Empire is not just a thing of history; the Bible reveals that its final, soon-coming resurrection will be its bloodiest.

Commenting on Revelation 17, Mr. Flurry wrote: “The church leading the Holy Roman Empire is not God’s true Church. But God does allow this church to gain control of this German-led European beast power. Expect the Catholic Church to become more vocal and for this church-state axis to become more evident.”

To learn more about these prophecies, order a free copy of The Holy Roman Empire in Prophecy. Not only will it help you better understand the history of this bloody empire, it will also reveal the Bible’s perspective on the evil it has caused and show how Christ Himself will put an end to it forever. At that point, the world will experience unity like nothing it could ever imagine.