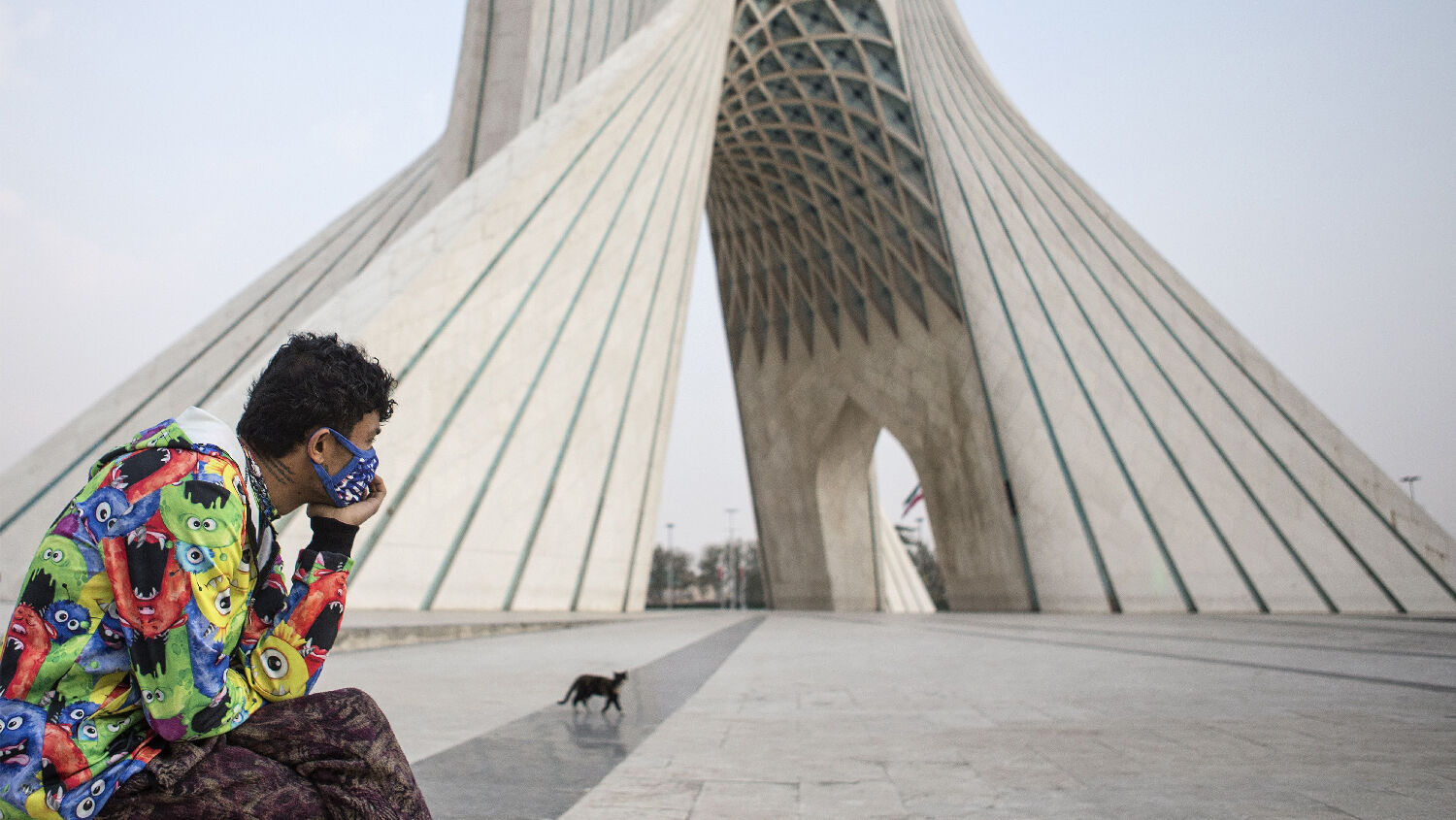 A man wearing a face mask sits next to Azadi tower in Tehran, Iran, on March 25.
Xinhua/Ahmad Halabisaz via Getty Images

And its clandestine agenda

The Islamic Republic of Iran has been one of the worst-hit countries by the coronavirus. As of March 27, it had over 27,000 confirmed cases and over 2,000 deaths. Satellite images released by the New York Times showing mass burial graves in the city of Qom, where the virus was first reported in Iran, have caused many to believe the numbers are much higher than reported. The nation is now facing a second wave of the outbreak. Iran’s response to the virus reflects the regime’s agenda.

Many hold Iran’s slow response to the virus accountable for the infection in other Middle East nations. Jonathan Spyer wrote for the Jerusalem Post, “Tehran’s relations with Beijing are of growing importance to the regime. Iran therefore preferred to downplay reports of the virus rather than risk offending its ally.” Iran did not cancel flights or suspend trade between the two nations.

To make matters worse, even after the first case was reported in Qom, it made no efforts at quarantine, instead allowing mass religious pilgrimages to the city. A hospital administrator in Tehran said, “If we had limited the travel of people in Qom, since the epicenter of the illness is in Qom, the spread would not have been so extensive.” Maps of the infected area show that the virus quickly spread to nearby provinces, and then to the rest of Iran.

Another reason Iran was slow to quarantine was because of the parliamentary elections on February 21. The Islamic regime wanted to ensure the elections would continue as planned, leading to a more hard-line parliament.

Supreme Leader Ayatollah Ali Khamenei said on March 3: “This disease is not serious; we have seen more disastrous calamities than this.” He claimed that the virus would only be a “fleeting event.” But as the infected numbers grew and the deaths increased, the mullahs were forced to revise their statements.

On March 22, Khamenei came out refusing United States help, claiming, “Possibly your medicine is a way to spread the virus more.” He was echoing Chinese government spokesman Lijian Zhao, who tweeted earlier this month that it “might be U.S. Army who brought the epidemic to Wuhan.” Khamenei even claimed the virus was “specifically built for Iran using the genetic data of Iranians, which they have obtained through different means.”

Yoel Guzansky, a senior researcher at the Institute for National Security Studies, called coronavirus a double-edged sword. While Iran is struggling to deal with the deaths and contain its spread, the virus has also provided the nation with an opportunity.

“Iran’s leaders might be focused on dealing with the coronavirus, but on the flip side, they might also be taking advantage of it,” Israel Hayom wrote on March 18 (emphasis added). “[W]ith the world’s focus temporarily diverted, [the mullahs are] working secretly to advance their efforts to achieve nuclear capability.”

Guzansky told Jerusalem News Syndicate that “we should all be paying attention to what Iran is doing, especially now.”

While the world is hyperventilating over a fear of coronavirus, Iran has kicked its nuclear program into high gear. On March 3, the iaea announced that Iran has nearly tripled its stockpile of enriched uranium since November. The iaea reported that as of February 19, Iran had a total of 1,021 kilograms of enriched uranium, far more than the 300-kilogram limit set by the Joint Comprehensive Plan of Action. For comparison, a small nuclear bomb only requires about 50 kilograms. The first nuclear bomb dropped on Hiroshima in 1945 only contained 64 kilograms of Uranium-235. Iran has far surpassed these limitations.

Building a nuclear bomb requires enriching uranium to 90 percent concentration of U-235 atoms, as opposed to the more prevalent and less reactive U-238. In November last year, Iran announced that it had reached 4.5 percent uranium purity and that it intended to increase that to 5 percent. Enriching uranium from its natural state of 0.7 percent to 4 percent purity is 83 percent of the effort required to achieve 90 percent weapons-grade uranium. Iran has already passed this threshold.

The Prophet Daniel recorded a prophecy in the Bible describing Iran’s belligerent behavior and how it will lead to World War iii: “And at the time of the end shall the king of the south push at him: and the king of the north shall come against him like a whirlwind, with chariots, and with horsemen, and with many ships; and he shall enter into the countries, and shall overflow and pass over” (Daniel 11:40).

Trumpet editor in chief Gerald Flurry has identified radical Islamic extremism, led by Iran, as “the king of the south.” (For more information about Iran’s support of terrorism, strategy to control world trade, flirtation with nuclear weaponry, and its radical ideological beliefs, read his booklet The King of the South.)

“This is an ideology that embraces death,” Mr. Flurry writes in The King of the South. “The blatantly bold and aggressive foreign policy of Iran must lead to war. It will either conquer or be conquered.”

Iran is an extremely radical nation. Even in the midst of battling coronavirus, Iran has continued to push its aggressive agenda in the Middle East. Iran is pushing its nuclear program closer and closer to the realization of a nuclear bomb.

Despite being temporarily chastened by a rocky start to the year, the past few months have clearly showed just how determined Iran is to continue its quest for regional domination.

For more information, read The King of the South, by Mr. Flurry.