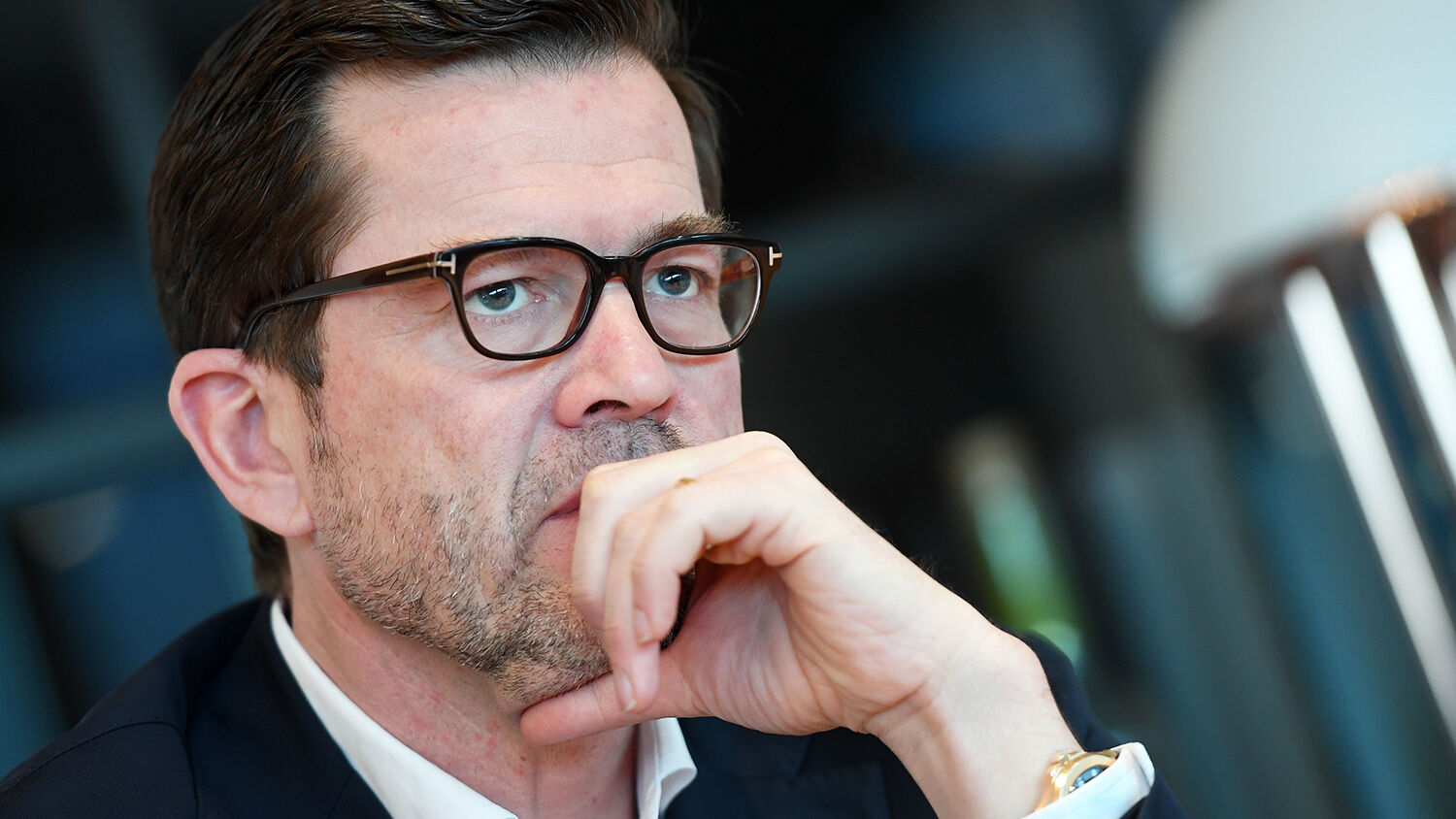 Bible prophecy gives us a glimpse of where today’s technologies are leading.

In 2019, former German Defense Minister Karl-Theodor zu Guttenberg took on a senior leadership position in the artificial intelligence (AI) company Augustus Intelligence. Guttenberg previously urged Europe to take the lead in AI. We have alluded for quite some time to the possibility of Guttenberg leading a united Europe. His gained experience in the United States may further qualify him to lead Europe’s digital transformation and more.

Augustus Intelligence has recently been involved in a legal dispute with two fired managers, former sales director Marco Pacelli and consultant Ed Crump. Guttenberg has been a shareholder in the company since March 2019, a board member since May, and he took on a management position, as president in charge of “general affairs,” in October. He is also said to have been involved in the firing of Pacelli and Crump, Germany’s Der Spiegel noted.

After Guttenberg left the political scene in Germany, he retired to the U.S. and founded a management consultancy and investment company called Spitzberg Partners. According to Der Spiegel, he now works full time for Augustus Intelligence on the 77th floor of the One World Trade Center in New York. The company also employs an active German politician: Philipp Amthor, who is a member of the Bundestag and of the Christian Democratic Union.

Augustus provides “the leading gateway to AI” and helps people find “data solutions for the ongoing benefit of humanity,” according to its website. Investors support the company with millions of dollars.

Artificial intelligence aims at developing computer systems able to accomplish what previously required human intelligence. In other words, it is man’s attempt to give machines human-like reasoning. By studying large amounts of data, observing patterns over time, and analyzing various other factors, computer systems are trained to draw conclusions and make decisions.

AI is commonly used in smart home devices, autonomous cars and customer support. Some believe that AI will transform our world, change industries, militaries and even humans. Some even think it is bringing mankind a step closer to overcoming mortality. Reality still looks quite different. But having a cutting edge in these developments may prove crucial for the success of companies and nations.

Depending on the field of operation, AI combines machine learning and symbolic learning with deep learning technologies, data analytics and cloud computing. In the banking industry, AI may be used to evaluate if customers are approved for a loan. In the military, drone swarms controlled by AI could support combat vehicles and future battle tanks.

Given its location in New York, its endorsement by the French president, and its high-profile management, Augustus seems to be a highly respected company.

The two fired managers, Pacelli and Crump, however, claim that the company is fraudulent and investors are deceived. “Pull the curtain aside, and it becomes apparent that Augustus Intelligence’s business practices are steeped in ‘fraud, illegality and corruption,’ a lawsuit filed in a New York court said. That is just the introduction. Afterward, the accusers take out an all-round attack,” Der Spiegel wrote.

Pacelli and Crump claim that the tens of millions of dollars in seed funding were far exaggerated and that the company’s AI algorithm was a mere demonstration code. Augustus has rejected the accusations. But whether or not investors have been deceived, Guttenberg’s interest in advancing AI is something to take note of.

When it comes to digitalization, Europe lags behind the U.S. and China. This is also true in the field of AI. But AI is in many ways still in its infancy. Guttenberg believes that Europe could still take the lead, so he is urging European governments to invest heavily.

“We also shouldn’t say that all these developments already happened; artificial intelligence is still something Europe could shape,” he noted in a television interview with Puls 4-Talk on July 28, 2019. “But in order to do this, as banal as it sounds, one has to invest money.”

The Trumpet has predicted that Guttenberg will take a major leadership position in Europe. His prod for Europe to take the lead in AI and his own involvement with Augustus Intelligence may indicate how Europe, under his leadership, would change.

Europe has one major advantage when it comes to incorporating new technologies: “We have a well-established industry, which still has to be far more connected to the new technologies,” Guttenberg noted. “But once this happens, it will develop a totally different field of power than a purely technological or digitalization firm.”

Europe, led by Germany, could connect its old industry with its new technology and thus rise to new economic strength. This could apply to its banking industry, car industry, or any of its other well-established sectors.

“We shouldn’t believe we can stomp out competition in the fields where the U.S. and China have already formed giants,” Guttenberg explained. “We will not create the European Alibaba or Alphabet. However, in the field of artificial intelligence, for example, Europe is in a position to play a major global role. Instead of complaining about Huawei and 5G, Europe could set itself up to develop 6G. But it is important to speak with one voice. Europe is currently doing the opposite. That is worrisome.”

Artificial intelligence is often overhyped in the media. But the various underlying technologies and algorithms could indeed empower companies and nations to outperform competitors.

The Bible prophesies that Europe will suddenly rise to superpower status and surprise many in this end time (Revelation 17:7).

In a July 24, 1983, co-worker letter, the late Herbert W. Armstrong wrote: “The very first issue of the Plain Truth magazine appeared February 1934—just 50 years ago lacking about six months. The article starting on the cover page warned of a coming sudden appearance of a resurrected ‘Holy Roman Empire’ in Europe—a union of 10 nations in Europe under one government, with one united military force. For 50 years I have been crying out to the world the Bible prophecies of this coming ‘United States of Europe’—a new united superpower perhaps more powerful than either the Soviet Union or the United States!”

At the head of this superpower, Daniel 8:23 reveals, will be a man who understands “dark sentences.” The Gesenius’ Hebrew-Chaldee Lexicon defines “dark sentences” as “twisted, involved, subtlety, fraud, enigma.” “This strongman grasps things that are obscure, things you can’t understand without explanation or interpretation,” Trumpet editor in chief Gerald Flurry noted.

Regardless what role artificial intelligence will play in the fulfillment of Bible prophecy, it is crucial to understand what God reveals about Europe’s prophesied leader. I encourage you to read “Is KT zu Guttenberg About to Come to Power?” by Gerald Flurry to learn why we watch this man so closely.