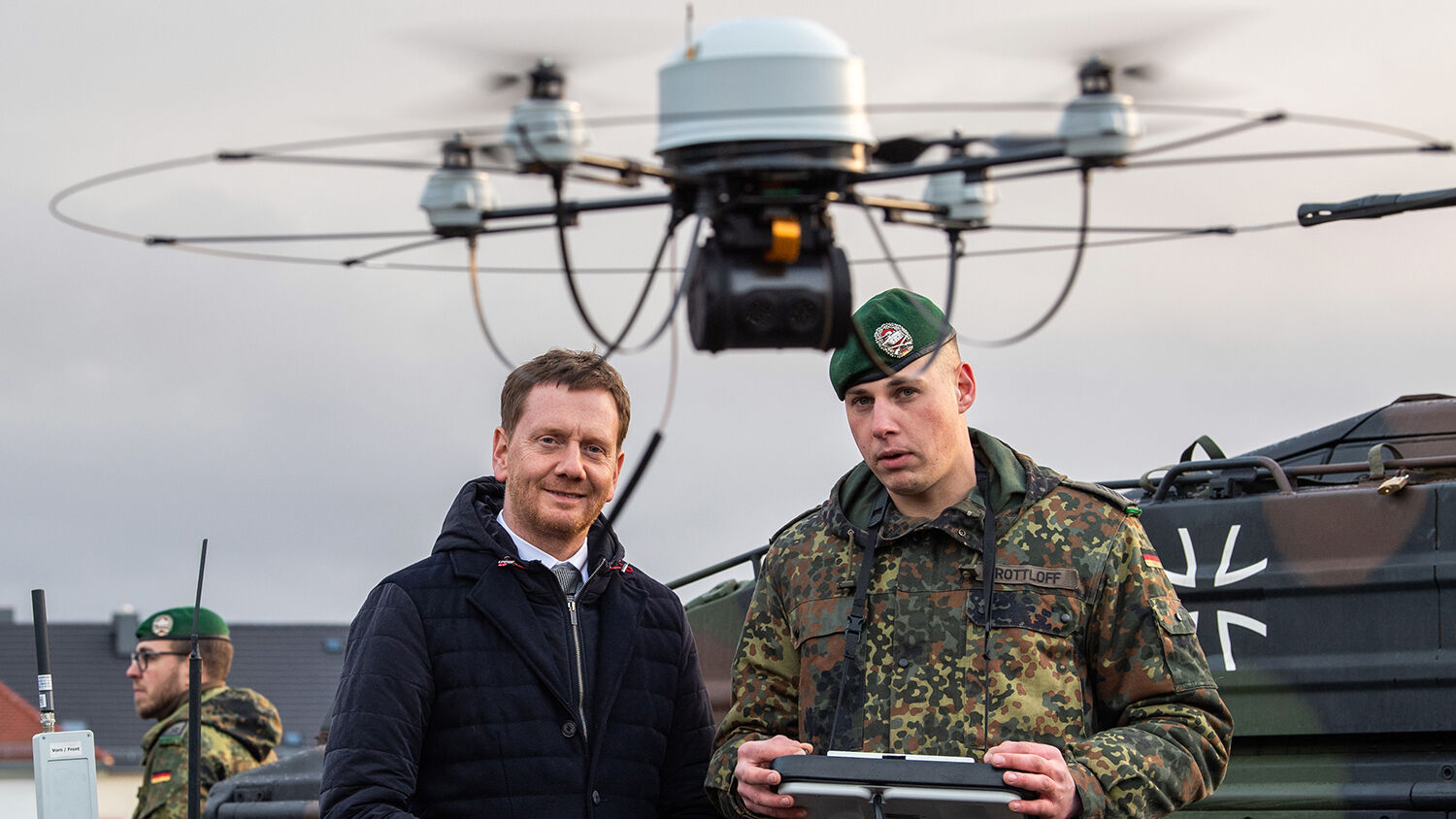 With the use of modern weaponry, today’s battlefields are drastically changing. This affects the coordination of land, sea and air forces, according to Yoav Wemuth, vice president and head of Israel’s Rafael C3I directorate. The Rafael Advanced Defense Systems and France’s Atos Information Technology are developing new technologies to master the challenges. And Germany is interested in the technology.

At the request of the German Federal Office of Bundeswehr Equipment, Information Technology and In-Service Support, Rafael and Atos have teamed up to create a so-called glass battlefield, c4isrnet reported on December 13. The real-time 3-D picture of the battlefield allows unmanned aerial systems and combat vehicles to operate more efficiently and in greater unity.

Germany is thinking of future warfare that involves more than tanks and airplanes. In previous wars, communication between troop members could take place via radio communication and the spoken word. But the use of drones, the greater variety of combat systems, and the increased speed at which warfare takes place require different kinds of communication that combine voice, video and data.

A Rafael spokesman said future battlefields will have “interconnected platforms, sensor information moving in a ‘tactical Internet of things,’ advanced and immune communications as a basis to allow seamless connectivity between uas [unmanned aircraft systems], vehicles and soldiers on the ground.”

In addition, the Israeli company is providing the use of its Fire Weaver technology, which provides the “key ingredients to rapidly close the sensor-to-shooter loop,” according to the Rafael spokesman. Rafael will also supply its bnet technology, the main communication system of the Israeli Air Force that helps connect multiple sensors and shooters. Combining the different technologies will allow troops to seamlessly detect and rapidly destroy enemy lines.

Rafael’s cooperation with Germany presupposes a high level of trust. Though Germany is known historically as the greatest threat to the Jewish people, the country has portrayed itself as Israel’s friend in recent decades. The two countries also have a common enemy: Iran. Iran has terrorized the Middle East for decades, threatening both German and Israeli interest. In the fight against Iran, Israel needs strategic allies.

In his end-time vision recorded in Revelation 9, the Apostle John further described Germany’s military as flying swarms. As we wrote in the January 2011 Trumpet magazine, John used “the symbolic term of locusts to describe the terrifying war machines that would be invented by scientists and used by the military in this final world conflict! Notice that these symbolic locusts, or grasshoppers, are driven by men and are able to fly (verses 7, 9). They will make a tremendous noise and are protected by armored plating.”

The visions of Daniel 11 and Revelation 9 can be described in modern terms as “using drone swarms controlled by AI to support combat vehicles and future battle tanks.”

Daniel 11 shows that after Germany destroys Iran, it will move its troops into Jerusalem, posing as a peacekeeping troop but then taking over the city violently. Our booklet The King of the South, by Trumpet editor in chief Gerald Flurry, explains this double-cross in detail. Mr. Flurry sheds light on Germany’s interest in the region, why God allows mankind’s seemingly endless warmongering, and how He will bring it all to an end and usher in a wonderful new world.