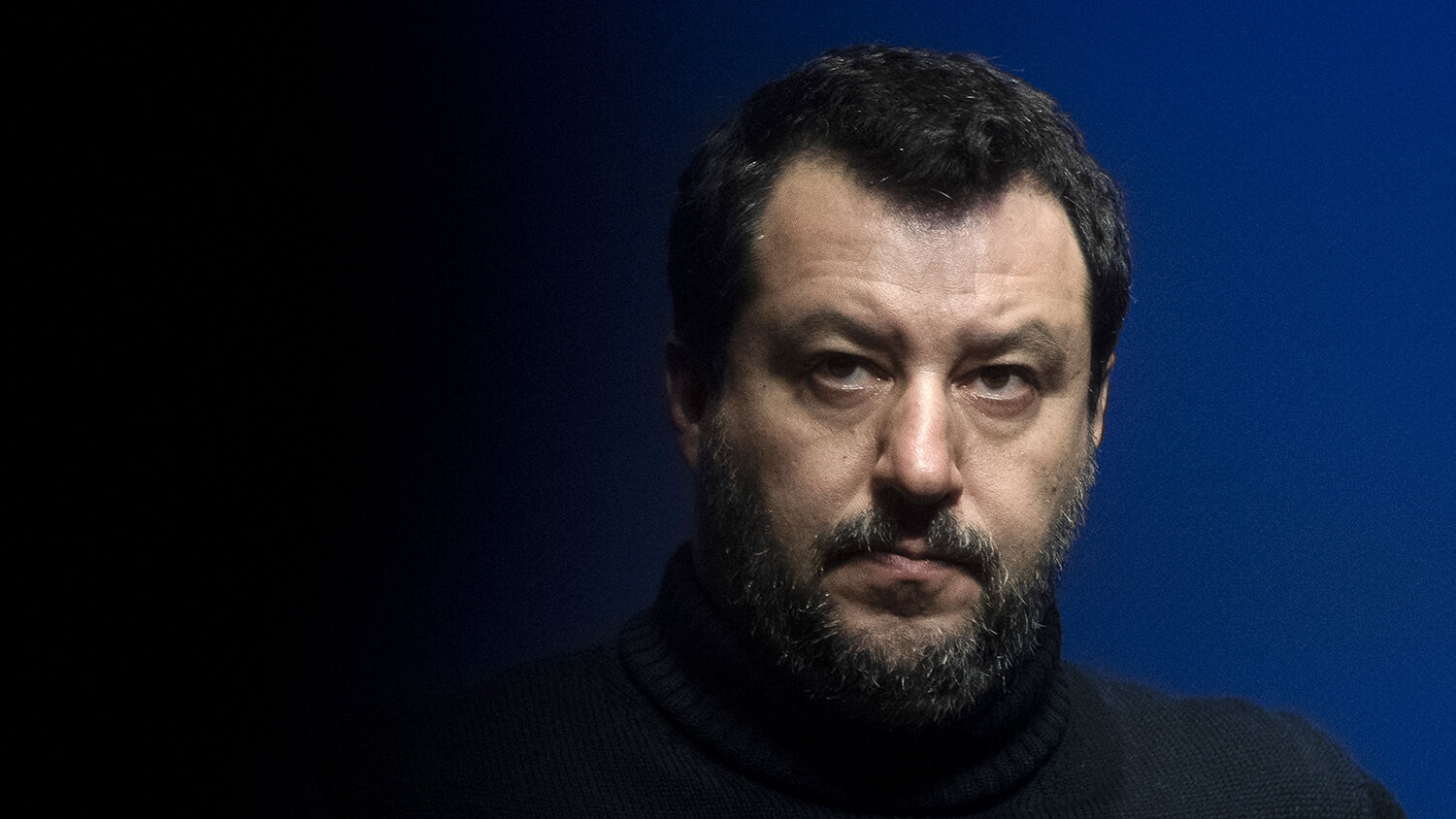 Italy’s fragile government may see its final blow and the rise of a prophesied strong leader.

Outside of Asia, Italy has been hit the hardest by the recent spread of the coronavirus. In the past few years, Italy has barely been able to keep its economy stable, cope with the refugee crisis, and maintain a functioning government. This recent crisis could give the country the final blow. But it could also lead to the drastic rise of a strongman in Italy not seen since the end of World War ii. In times of crisis, people look to strong leadership. Italy is now facing such a time.

On March 11, Italy had surpassed 10,000 coronavirus cases and more than 600 deaths. Italy’s government under Prime Minister Giuseppe Conte announced restrictions on the movement and activities of the country’s 60 million inhabitants. He also promised that the government would spend up to $28.3 billion to help the economy cope with the impact of coronavirus.

“Tourism is worth 14 percent of Italy’s economy, so it’s a big hit,” theTrumpet.com assistant managing editor Richard Palmer wrote. “Just with the economic damage done already, Italy seems set to go into recession. The country is also set to expand its borrowing to deal with the crisis. Its debt is 135 percent of the size of its economy—compared to Germany’s 62 percent. It already has more debt than it can handle, but it’s about to get more.”

Many accuse the Italian government of disastrous management of the coronavirus crisis. One man in particular is looking to use the crisis to his advantage: Matteo Salvini.

“League leader Matteo Salvini, who served as deputy leader in the coalition government last year, sought to link covid-19’s spread to Italy’s acceptance of migrants and refugees—the issue that has fueled his political rise,” Time noted.

When coronavirus hit Italy at the end of February, Conte said that the drastic surge in cases had “surprised” him. This gave Salvini a perfect opportunity to attack. Through social media he questioned the government’s decision to continue allowing refugees into the country. Given its careless actions, he claimed the government shouldn’t be surprised that the virus had spread so rapidly. Salvini called on Conte to resign.

This time, it is caused by a man whom Conte calls a traitor and millions of Italians call a hero: Interior Minister #MatteoSalvini.https://t.co/E9RqpnazhC

Up until August last year, Salvini’s far-right Lega Nord party had been in a coalition government with Conte’s populist Five Star Movement. Salvini’s rising popularity at the time caused him to call for new elections, which he would have overwhelmingly won. But his plan failed, as the Italian parliament united against him. A new coalition formed and Salvini had to retreat.

For months, Salvini has been attempting to give Italy’s fragile government its final blow. He knows that if he can force new elections, he and his Lega party will emerge as the winner.

But Salvini has adjusted his strategy. Rather than solely focusing on Italy’s migrant issue, he is now criticizing the government for its management of the coronavirus and economy. His attacks have become more measured, more pointed, and are thus attracting an even larger audience.

If Salvini’s Lega party “wants to continue growing,” Welt noted on March 9, “it must win the voters who once voted for Silvio Berlusconi. That is why Salvini is no longer focusing on immigration but on the economy. Elections will be held in six regions of Italy, which are extremely affected by the coronavirus epidemic” (Trumpet translation throughout).

Though Salvini lost his post as deputy prime minister and his office as interior minister, his Lega party is up to 32 percent of the vote in polls and is winning one regional election after another. In new elections, his party could come close to winning a majority, which requires only 40 percent of the vote in Italy.

For years, Italy has stumbled from one fragile government to the next. More and more Italians yearn for an end to the political deadlock. Add in the current crisis, and you can see why people are increasingly willing to accept strong leadership.

Bible prophecy reveals that Europe in this end time will be ruled by 10 powerful kings ruling 10 nations or groups of nations. Together, they will form the final resurrection of the Holy Roman Empire as prophesied in Revelation 17. “And the ten horns which thou sawest are ten kings, which have received no kingdom as yet; but receive power as kings one hour with the beast. These have one mind, and shall give their power and strength unto the beast” (verses 12-13).

Current world events are setting the stage for this prophecy to be fulfilled.

For years, the late Herbert W. Armstrong predicted that, based on Italy’s history, it would most certainly be part of this resurrection.

He also predicted a major crisis would unite Europe in a powerful way. In 1984, he wrote that a massive banking crisis triggered by the United States could suddenly cause “European nations to unite as a new world power, larger than either the Soviet Union or the U.S.” (co-worker letter, July 22, 1984).

“Italy’s sovereign debt is the world’s third largest in absolute terms at over €2 trillion and is tightly interwoven with the banking system,” the Telegraph noted. “Italian bank stocks have halved in value since mid-February, almost guaranteeing a credit crunch and again raising the spectre of a sovereign-bank ‘doom-loop’ akin to events in 2011.”

Italy’s economic crisis is Europe’s economic crisis. For years, European nations have struggled to deal with the dire economic condition, but no breakthrough has been made. Only a major crisis will likely allow the EU to radically reform and emerge in a new and powerful way.

While it is impossible to predict where Italy’s crisis will lead in the short term, the Bible is clear that in the end Italy will be led by an authoritarian leader who will unite with core European nations in the midst of a global crisis. Though the world is full of uncertainties, Bible prophecy acts as a guide, with a strong call to turn to God. It provides hope in these dark days.

The stage is set for God’s sure word of Bible prophecy to be fulfilled. Trumpet editor in chief Gerald Flurry explains these prophesies and more in his booklet Daniel Unlocks Revelation. Order your free copy to understand these world events in light of Bible prophecy and the magnificent future they are leading to.