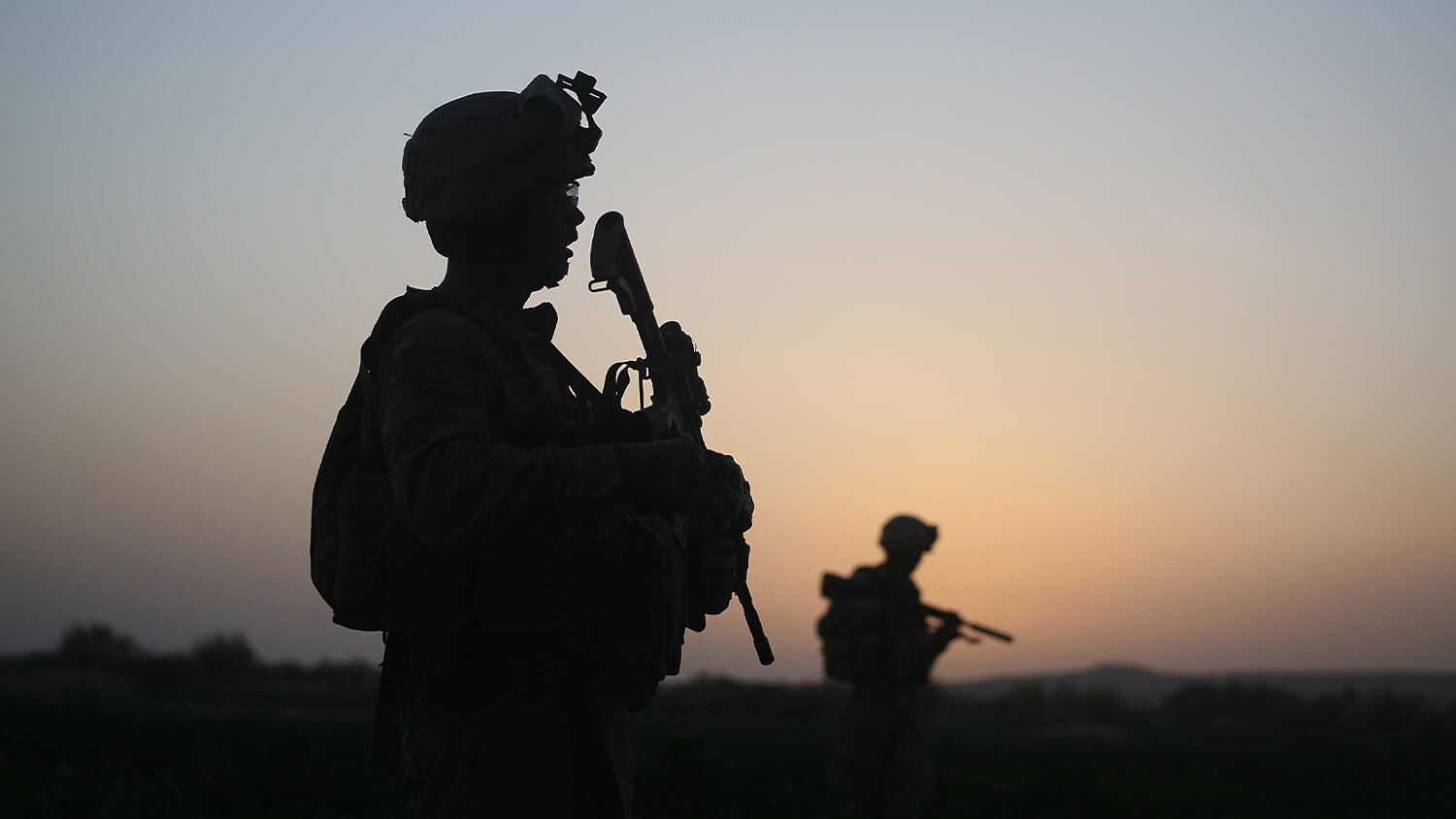 President Trump signed a deal with the Taliban to vacate America from Afghanistan. This vividly fulfills a specific Bible prophecy!

America’s war in Afghanistan was doomed from the start.

In 2001, the nation was united in wanting to strike back at whomever had perpetrated the evils of 9/11. Nine days later, President George W. Bush stood before Congress to initiate a “war on terror”—a war, he said, that “will not end until every terrorist group of global reach has been found, stopped and defeated.” As he described this war, he was repeatedly cheered by unanimous standing ovations.

He explained that it would be “a lengthy campaign unlike any other we have ever seen. … We will starve terrorists of funding, turn them one against another, drive them from place to place until there is no refuge or no rest.” He singled out one terrorist group and its supporters and patrons: “The leadership of al Qaeda has great influence in Afghanistan and supports the Taliban regime in controlling most of that country. … The United States respects the people of Afghanistan—after all, we are currently its largest source of humanitarian aid—but we condemn the Taliban regime.” He demanded that Taliban leaders “close immediately and permanently every terrorist training camp in Afghanistan,” hand over every terrorist, and give the U.S. full access to camps to guarantee their closure. “These demands are not open to negotiation or discussion,” he concluded. “The Taliban must act and act immediately. They will hand over the terrorists, or they will share in their fate.”

The Taliban did not cooperate. Seventeen days later—within a month of 9/11—American pilots were bombing Taliban targets. The war in Afghanistan had begun.

It sounded bold. It looked strong. But watching these events in light of the Bible’s prophecies gave us at the Trumpet a different perspective. Note these statements from our November 2001 issue, the first we published after 9/11:

In that Trumpet issue, we wrote that America was suffering the curses spelled out in Leviticus 26: “But if ye will not hearken unto me, and will not do all these commandments; … I also will do this unto you; I will even appoint over you terror …. And I will set my face against you, and ye shall be slain before your enemies: they that hate you shall reign over you; and ye shall flee when none pursueth you. … And I will break the pride of your power ….”

I will appoint over you terror. You shall flee when none pursues you. I will break the pride of your power. Your strength shall be spent in vain. These terrible curses on America were undeniably playing out.

More than 18 years have elapsed since we printed those words. Eighteen years of efforts to fulfill President Bush’s promises and realize those ambitions. Eighteen years—the longest war in American history.

In those 18 years, “More than 43,000 civilians have died, and by 2018 there were almost 2.5 million Afghan refugees worldwide, according to the UN refugee agency,” the Council on Foreign Relations states. “More than 2,400 Americans have been killed and another 20,000 injured. Over 1,100 nato troops have died. Analysts estimate that about 45,000 Afghan troops and police officers were killed in the past five years. Tens of thousands of Taliban fighters are believed to have been killed since 2001.”

In 18 years, it has spent more than $137 billion on “nation-building” in Afghanistan—nearly 70 percent, in today’s dollars, of what it spent on the Marshall Plan to rebuild Europe after World War ii. “The war is estimated to have cost the United States around $2 trillion, including money spent on counternarcotics efforts, development projects, and support for Afghan security forces. Billions of dollars have been spent on medical and disability care for U.S. veterans” (ibid).

America has spent immense amounts of strength in Afghanistan!

What did it achieve?

2019 was one of the most violent years of this entire 18-year war. The Taliban and other insurgent groups perpetrated about 25,000 attacks, killing an average of seven people per day.

“[E]xperts say the Taliban is stronger now than at any point in the last 18 years,” the Council of Foreign Relations continues. “With an estimated 60,000 fighters, it controls many districts throughout the country and continues to launch major attacks, including in Kabul and on Afghan security bases. It earns millions of dollars from opium poppy cultivation and the illegal drug trade, which pose further problems for the peace process. Some analysts are also worried that rank-and-file Taliban fighters might not abide by a peace deal” (ibid; emphasis added).

America’s war in Afghanistan was doomed from the start. And this week, America’s president acknowledged this painful truth. Yesterday he spoke on the phone in the first conversation between an American president and the Taliban. And this past Saturday he signed a deal that, if it holds, establishes a temporary truce in preparation for a full-scale American retreat.

If the Taliban keeps its obligations, America agreed to withdraw all 12,000 American soldiers within the next 14 months, starting with several thousand in the coming weeks.

Eighteen years of strength spent, and America is reduced to finding the least humiliating way to hand the nation back over to the exact same Islamist movement it went there to defeat.

“This is a Taliban victory and face-saving for the Americans,” one Taliban commander told the London Times. “It is a historic day that has given global legitimacy to the Taliban.”

The Times quoted the group as saying, “This victory is the collective victory of the entire Muslim and Mujahid nation—of our fellow brothers and sisters who made … extraordinary sacrifices of life and wealth for nearly two decades.”

You cannot say the Taliban’s strength was spent in vain.

The deal President Donald Trump signed calls for negotiations between the Taliban and the Afghan government to start next month. But will these two actually agree to share power?

The Taliban demanded the release of 5,000 of its members who are currently imprisoned by the Afghan government, but Afghan President Ashraf Ghani refused. On Monday, just two days after President Trump signed the deal, the Taliban announced it was resuming attacks—by bombing a soccer game in eastern Afghanistan that killed three people.

The Taliban spokesman said, “As per the agreement, our holy warriors will not attack foreign troops, but our operations will continue against the Kabul administration forces. If our 5,000 prisoners … do not get released there will be no intra-Afghan talks.”

The Taliban certainly isn’t begging for a deal. It is the United States that is desperate to flee! Even if the Taliban doesn’t uphold its obligations, it is clear that America has no interest in remaining in this graveyard of empires. It may find itself unable to leave immediately, but it has made clear that it is willing to pay dearly to get out.

America’s leaders know that all the nation’s efforts there have been in vain. They just want the bleeding to stop.

But the bleeding isn’t going to stop.

This defeat and retreat in Afghanistan is as vivid an illustration of fulfilled prophecy as you can see. America is suffering the curses of Leviticus 26. God has broken the pride of our power. Our strength has been spent in vain.

And those curses won’t end by retreating from Afghanistan. They will only end by turning to God.

Soon after World War ii, Herbert W. Armstrong looked at the prophecies of the Bible and made this bold declaration: “The United States has won its last war!”

Was he right? It is difficult to argue with this statement from Al Jazeera on February 26: “After Vietnam and Iraq, the U.S. seems to have lost its third major war and the longest of them all.”

Like Mr. Armstrong, Gerald Flurry has said all along that America would suffer defeat in its “war on terror.” In 2003, in “Why We Cannot Win the War Against Terrorism,” he wrote: “Our ultimate success will be determined by our relationship with God. If God is for us, we can’t lose. But if God is against us, we can’t win. And Bible prophecy relates that God is against us and is cursing us.”

Most Americans have grown war-weary and indifferent. Many of the same people who cheered the president for starting the war 18 years ago are now cheering the president for ending it. But this is no victory. It is the signal of a grievous curse. It is an occasion for Americans to look honestly at what went wrong, to assess the high cost of having turned God against us, and to recognize that unless we change direction and repent, even costlier defeats lie ahead.