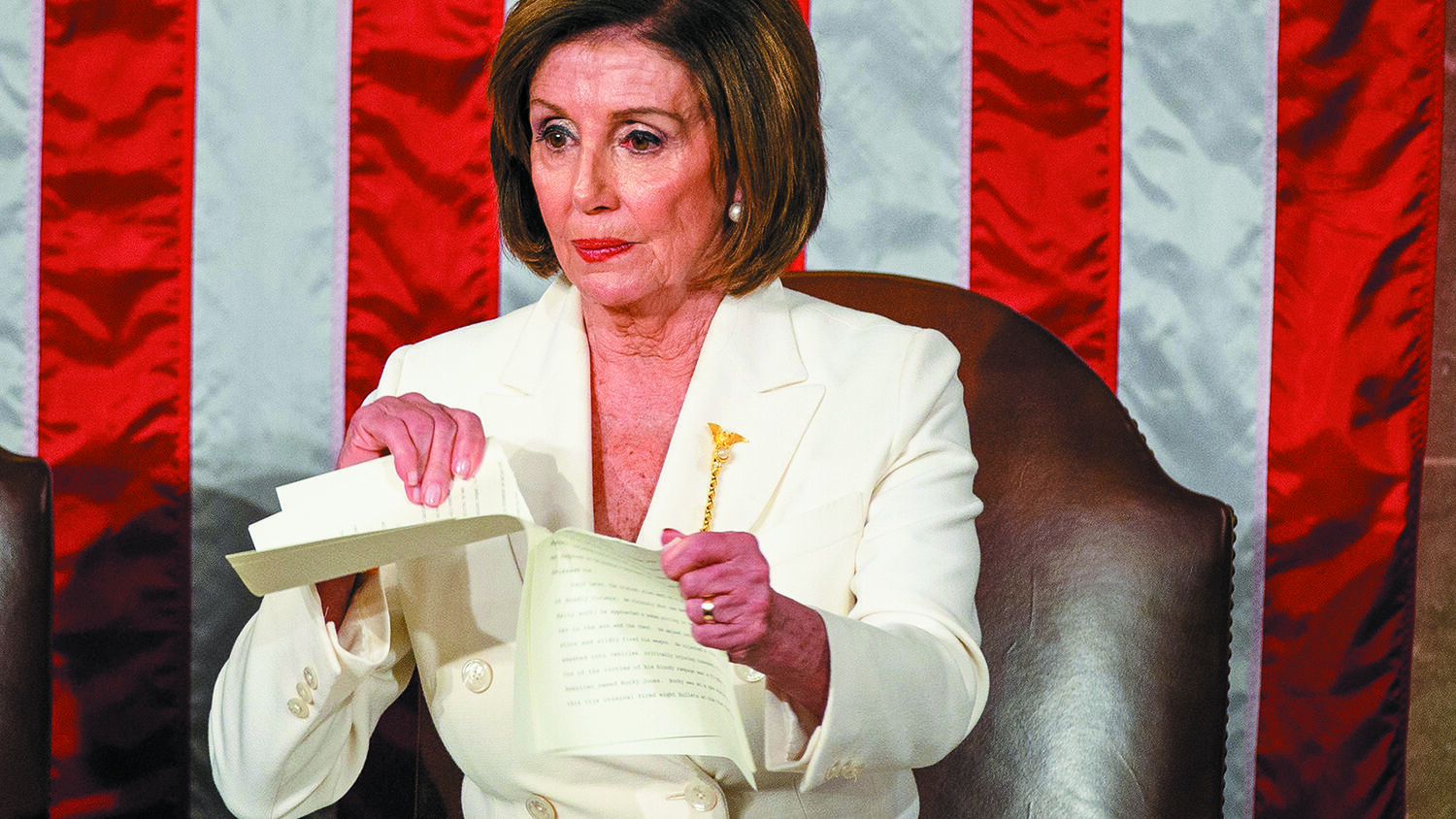 Words are powerful. Actions, more so.

From the April 2020 Trumpet Print Edition

We live in an era of lies. True, human beings have always practiced deceit. But bold lies and force of will are surging, most notably in our leaders. Consider a couple of recent examples within America.

U.S. Speaker of the House Nancy Pelosi contemptuously ripped up her copy of the president’s State of the Union speech on live television. She explained, “It was the courteous thing to do, considering the alternatives.” In January she sternly corrected a reporter for suggesting that she hates the president: “I don’t hate anyone. I was raised in a way that is a heart full of love, and always pray for the president. … I pray for the president all the time. So don’t mess with me when it comes to words like that.” Never mind her actions. Just take her at her word: Her heart is full of love, so don’t mess with her.

The irony was not lost on many who watched the president’s speech. As President Trump enumerated a litany of national successes, the gallery and half of Congress cheered while Democrats sat, stone-faced, often visibly agitated. Most Democrats saw nothing to celebrate in unexpectedly robust job creation, higher wages, and lower African American and Hispanic unemployment. They could not applaud progress in fighting the opioid epidemic, supporting neonatal health care, or securing America’s border. They apparently saw nothing good about weakening the Islamic State or strengthening America’s military. These moralistic lawmakers were unmoved by the guests and visitors this impeached president invited to the Capitol, including a young black girl receiving an academic scholarship, and one of the last surviving Tuskegee Airmen.

The Democratic Party prides itself on its compassion, humanity and charity. It says it fights for freedom, justice, equality, fairness. It has a “heart full of love” for everyone. Don’t judge them by their conspicuous incivility, or by their acrid reaction to evidence of their own nation’s current resurgence. Just take them at their word.

Yet in January, these same individuals rushed their impeachment case through the House of Representatives, forbade cross-examination of witnesses, blocked the opposition from calling witnesses, trampled due process, and refused the president opportunity to mount a defense. Now they are lecturing about the sanctity of seeking and airing the whole truth.

Their sudden reformation into “strict constitutionalists” is stunning. For years most of them applauded as the previous president repeatedly bypassed or ignored constitutional limits on his power. For years many have praised cities, counties and states for flatly refusing to uphold and enforce immigration law. For years they have broadly ignored and excused rank criminality, rioting and violence as being a “natural response” to systemic injustice. For years they have labored to rewrite America’s history into a story of shame. For years they have attacked constitutional guarantees including freedom of speech, freedom of religion, and the right to bear arms. For years they have denounced the Constitution itself as antiquated, outdated, a “charter of negative liberties,” invented by racist, bigoted slave owners that must be “reinterpreted” or demolished. Democrat presidential candidates are tripping over each other trying to prove who among them is willing to act most radically to reshape the country by denying people’s rights, despoiling the wealthy and destroying whole industries. Their whole mindset is utterly lawless.

Here is a suggestion: Don’t take them at their word. Watch what they do. Jesus Christ warned of ravening wolves coming in sheep’s clothing—and said, “Ye shall know them by their fruits” (Matthew 7:15-16). They say they want to help the poor, help minorities, help women. But when the president announces that 7 million people no longer need food stamps, 10 million have been lifted off welfare, black poverty and unemployment have reached their lowest levels in history, and the workforce offers more opportunities for women than ever, watch what they do.

Their hearts are full of something, but it isn’t love. Jeremiah 17:9 says the human heart is deceitful and wicked. People want to look righteous, and they can say anything. People like to identify as loving, prayerful, courteous.

Humanity has a limitless history of cloaking its corruption in righteousness. Jesus Himself saw it: When a woman anointed His feet with costly ointment, noble Judas rose in indignation: That should have been sold and the money given to the poor! he said. But John’s Gospel exposes the truth: Judas didn’t care for the poor—he was a thief and wanted to pocket the money (John 12:6). And soon after, he betrayed Jesus—with a kiss.

“Mark you this, Bassanio,” Antonio says in The Merchant of Venice, “The devil can cite Scripture for his purpose. / An evil soul producing holy witness / Is like a villain with a smiling cheek, / A goodly apple rotten at the heart. / Oh, what a goodly outside falsehood hath!” Yes, Satan himself comes as an angel of light (2 Corinthians 11:14). He can call the rankest disrespect “courteous” and the most insidious hate “love.” Don’t take him at his word.