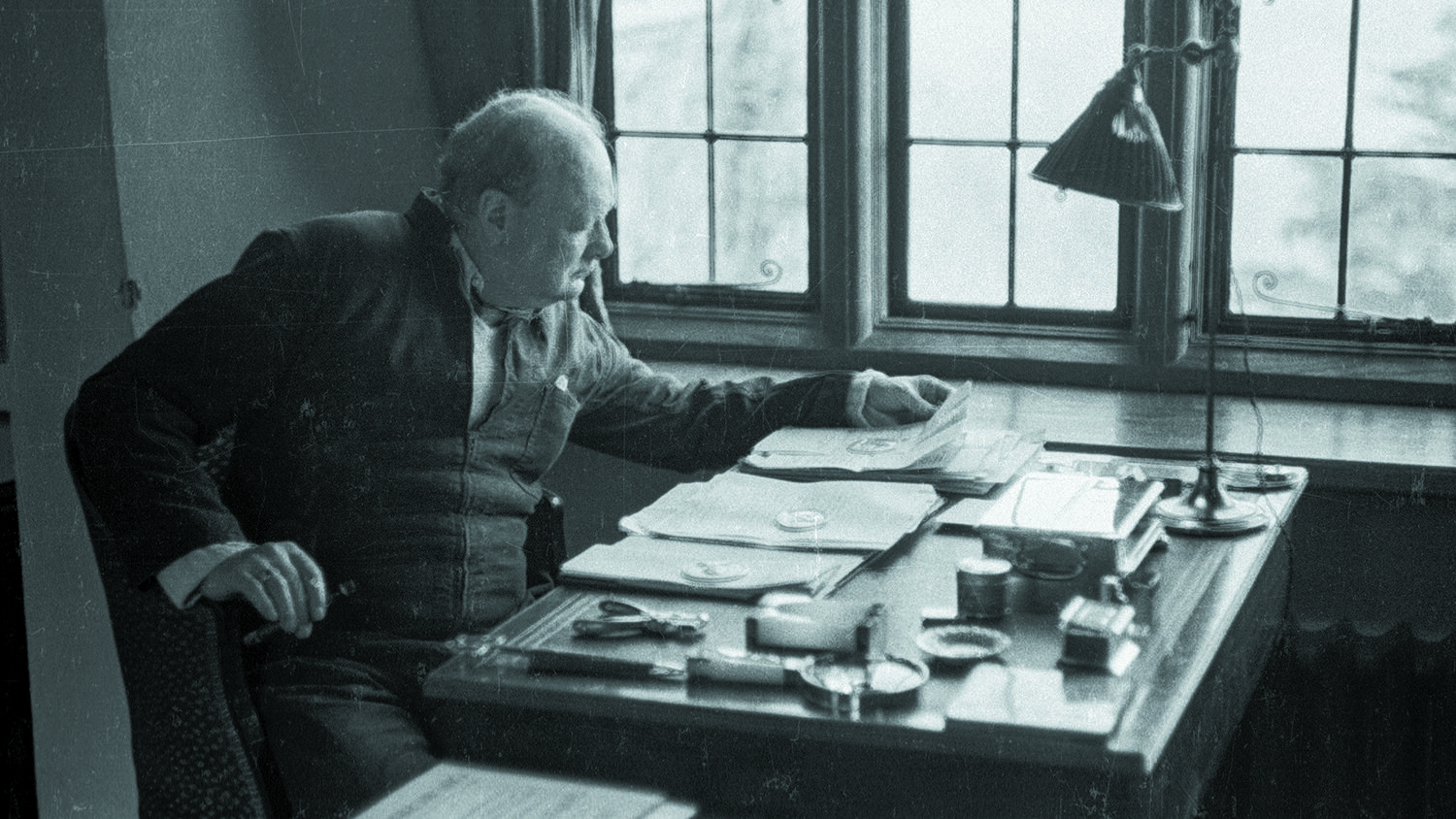 From the April 2020 Trumpet Print Edition

Do you have time to read history? The situation in America, Britain and across the globe is now a slow-motion world crisis ready to explode. And for that reason, I submit to you that you no longer have time not to read history.

When Winston Churchill faced his world crisis, he had to muster every ounce of knowledge, wisdom and courage he had accumulated over his lifetime to try to save his people, their nation and its virtues. Imagine if that lifetime had been spent absorbing frivolous content. He could have never become the one statesman alive whom God could use to save Western civilization.

What was it that Churchill had devoured and relied upon as the world crisis struck?

To him, history was more than a subject or a hobby. It was his identity. William Manchester wrote in The Last Lion: Visions of Glory, “Churchill did not simply observe the historical continuum; he made himself part of it. … He did not live in the past; the past lived on in him.” History became Winston Churchill’s personal memory.

“History was the way he understood the world, the lens he used to bring reality into focus,” Stephen Mansfield writes in Never Give In: The Extraordinary Character of Winston Churchill. “Churchill thought historically, meaning that he understood life in terms of generations, great men, the succession of ages, heroic events, noble conflicts and the linear connections of time. … For him history was more than something to study; it was a way of thinking.”

One of the history books Churchill read was Exodus. He wrote an essay in 1931 titled “Moses: The Leader of the People” that rejected the skeptics’ claim of Moses being only an allegorical figure. He asserted that he was not only real, but “the national hero.”

Churchill wrote this essay at the beginning of his “wilderness years” of being a political outcast. Every prophet, Churchill wrote, must go into the wilderness: “He must have a strong impression of a complex society and all that it has to give, and then he must serve periods of isolation and meditation. This is the process by which psychic dynamite is made.”

Churchill dove into history. He wrote his four-volume, million-word masterpiece Marlborough between 1933 and 1938, while his colleagues disarmed Britain and he was the lone, almost powerless voice warning against it. This deep dive into history helped prepare him for Britain’s darkest hour.

Henry Steele Commager wrote this about Churchill’s famous ancestor and Britain’s most decorated general: “The hero was a man after Churchill’s heart: the greatest soldier in the annals of the race, ever victorious and ever magnanimous …. But the theme was more than biographical; it was nothing less than the theme of the struggle for Europe” (emphasis added).

This was more than a work of history, said one British historian. This was a biography that changed history. When Churchill finally came to power in 1940, he was prepared for battle. The story from his nation’s glorious past—a story he knew well—continued living right into the present.

Winston Churchill was advised, inspired and motivated by giants of history like Moses and the duke of Marlborough.

Whether or not he knew it, the history of the Israelites recorded in Exodus was literally personal to Churchill, and not just because the British needed supernatural deliverance. Just as Marlborough was, the Israelites were in fact his ancestors.

In fact, the Israelites are your ancestors. Their history is your history. This is true of those who physically descended from the Israelites (mainly the modern English-speaking peoples), but it is also true in a spiritual sense of those who are in God’s true Church, “the Israel of God” (Galatians 6:16). As a Trumpet reader, you are in close contact with that Church. It is possible you could be among those few whom God is calling into it.

The Bible clearly establishes that God’s Church is spiritual Israel. The history of the Church and the history of its predecessor, physical Israel, is the most important history you can study. This is especially true as we face the unfolding crisis. You are going to need every bit of true, deep, actionable history you can get your mind on.