The cosmos displays a breathtaking message—now with unprecedented clarity. Do you see what it is showing us? 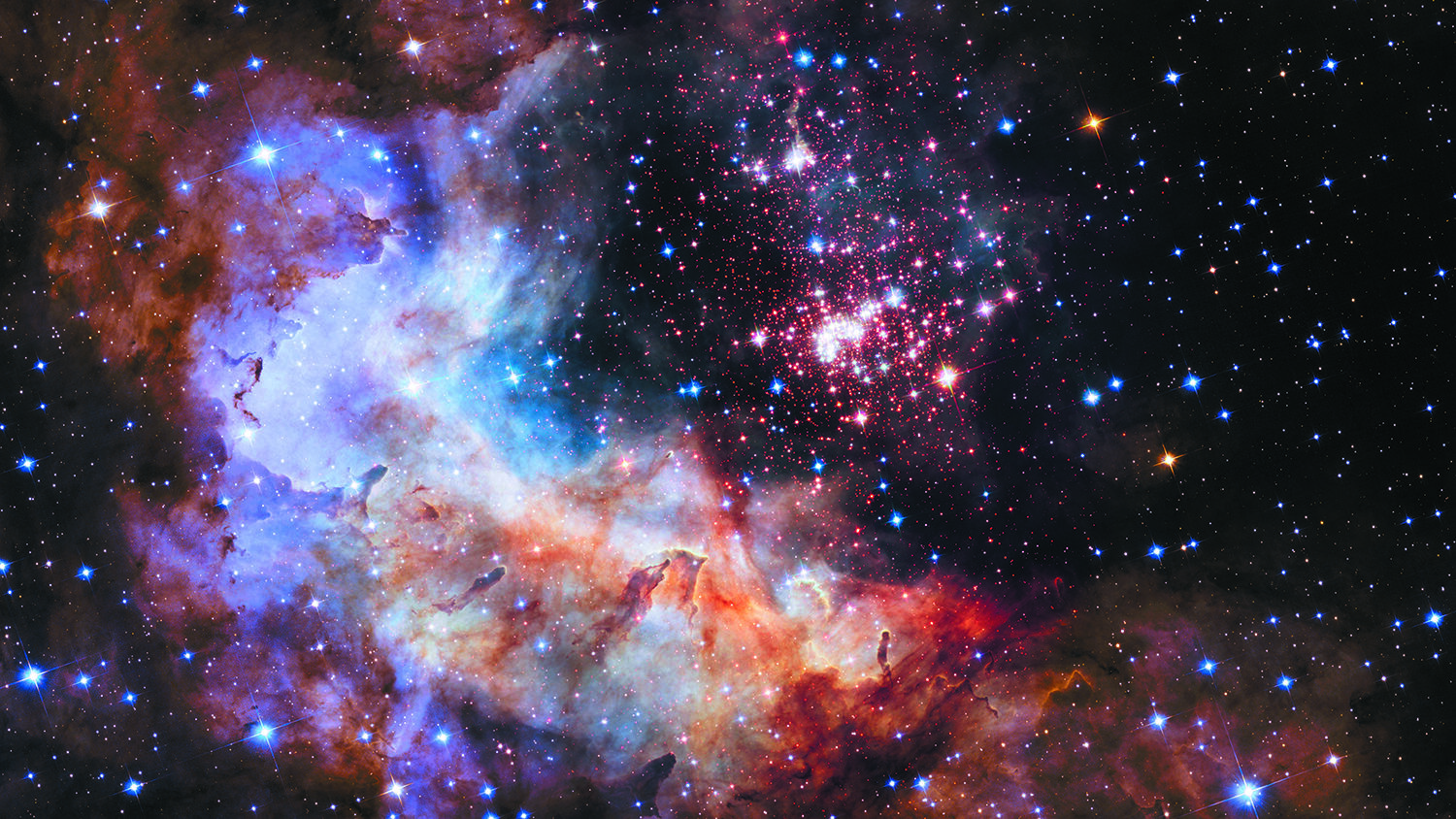 The cosmos displays a breathtaking message—now with unprecedented clarity. Do you see what it is showing us?

“To my very great amazement, Saturn was seen to me to be not a single star, but three together, which almost touch each other.” These words were written by Galileo Galilei in 1610, just months after the telescope had been invented. By pointing the new technology toward the night sky, astronomers such as he could suddenly see far more of the universe’s detail than mankind had been able to for millennia.

But as evidenced by Galileo’s error—mistaking Saturn’s rings for a pair of moons clinging to the planet’s sides—their window into the cosmos was still foggy. The problem was caused by something that is vital for life, but a hindrance for stargazers—and for anyone striving for a detailed look at mankind’s future of “real joy.”

(Listen to this astounding story on a special episode of The Sun Also Rises):

Peering Through a Haze

Earth’s atmosphere provides needs for fauna and flora: oxygen-rich air to breathe, protection from ultraviolet solar radiation and from incoming objects, and retention of heat. It makes physical life possible.

But light passing through the atmosphere bends, shifts and wiggles, clouding the view and twinkling the stars.

“Trapped on the Earth within its unsteady and hazy atmosphere, astronomers were condemned to look at the heavens as though they had bad vision and were forbidden from using glasses,” writes Robert Zimmerman in The Universe in a Mirror. Even as telescope technology improved from the 1600s to the 1900s, what could be seen and photographed remained “fuzzy and revealed little detail.”

As early as the 1920s, astronomers saw how beneficial it would be to place a telescope in orbit where it would float above the atmosphere, capturing clear images. But for decades, this was only a dream for the starry-eyed.

Then in 1946, as rocket technology was taking off, American astronomer Lyman Spitzer penned an article detailing how it could be achieved. Such a telescope would “uncover new phenomena not yet imagined,” he wrote, “and perhaps … modify profoundly our basic concepts of space and time.”

Spitzer later said that though his article had negligible influence on other scientists at the time, it left a crater-deep impact on his own mind: “My studies convinced me that a large space telescope would revolutionize astronomy and might well be launched in my lifetime.”

From 1946 on, Spitzer devoted his breath and his intellect to turning an idea on paper into a giant Earth-orbiting telescope. He blasted through expanses of data, puzzled out technical problems and tried to convince others of the idea’s merit. “Most astronomers didn’t take it seriously,” Spitzer told Zimmerman in 1977. “They thought I was sort of wild-eyed or wide-eyed, one or the other.”

But Spitzer kept those eyes focused on the goal, and others began to see his vision. And in 1966, at the height of the Space Race, the National Academy of Sciences appointed him to lead a team to make it a reality.

Striving to See It Through

The appointment was a victory, but the project’s greatest hurdles still lay ahead. The engineering challenge was enormous, astronomy skeptics and political skeptics abounded, and funding was repeatedly delayed. Not until Spitzer launched a lobbying mission did members of Congress approve funding in 1977: $36 million for a scaled-down version of the Large Space Telescope.

Target launches in 1979, then 1983, slipped by. That year the project was renamed after the man who had set the science world ablaze in the 1920s by proving that the universe is expanding in all directions: Edwin Hubble.

From there, work on the Hubble Space Telescope shifted into high gear. Teams of technicians from Lockheed, Perkin-Elmer, the Wide Field/Planetary Camera team, nasa’s Goddard Space Flight Center and the Space Telescope Science Institute worked under the supervision of Marshall Space Flight Center. In 1986, technicians were piecing myriad components together, and a launch by the end of the year seemed on target. Astronomers were over the moon. But on January 28, nasa suffered one of the darkest tragedies in its history: The Space Shuttle Challenger disintegrated during launch, killing its crew of seven. All shuttles were grounded and Hubble was put in storage in California.

It wasn’t until three years later that Hubble was unpacked and shipped to the Kennedy Space Station in Florida. Finally, on April 24, 1990, nearly 45 years after Spitzer’s article had made a case for a space telescope and started laboring on it, Discovery launched Hubble into space. The 43-foot-long telescope was released into low-Earth orbit, about 353 miles above the surface and well above the atmosphere. It was 30 years ago this month.

At last, after millennia of viewing the heavens through a haze, mankind was on the cusp of seeing it through a perfect prescription lens. That, at least, is what everybody expected.

Houston, We Have an Optics Problem

nasa spent weeks tweaking Hubble’s systems. But the first pictures looked as if they had been snapped through London fog. Officials adjusted every variable they could from Earth, but to no avail. “[N]othing we did made the image much better,” said David Leckrone, a scientist who joined the Hubble program in 1976, in an interview with Astronomy. “[T]he mood became very morose.”

They soon diagnosed the ailment as a spherical aberration in the main mirror. The mirror’s curve had been ground to within 10 nanometers of accuracy at all points, making it by far the most precise of any in optics history. But the device on Earth that had tested the mirror had been assembled incorrectly, causing distortion.

In 1993, a team of astronauts flew up to Hubble and spent 10 days replacing its Wide Field and Planetary Camera with a new one fitted with modified small mirrors that offset the distortion of the main mirror.

At last, a window into the heavens was clear.

Just as Spitzer had theorized in 1946, Hubble was a game-changer. “From that point on,” Leckrone said, “every place we pointed Hubble in the sky, there was something new and remarkable.”

Hubble captured remote supernovas, which showed that the universe’s expansion is not slowing, but accelerating. It shined light on the mysteries of dark energy and dark matter. It revealed the ubiquity of black holes, showing that most large galaxies center around one. Its intense and prolonged gaze at “deep fields” showed us that even parts of the firmament that we thought were dark and empty are actually radiant with galaxies. It let us peer at the early eons of the cosmos, allowing astronomers to pin down the universe’s age. And it offered unprecedented insight into exoplanets.

In the 30 years since its launch, Hubble has taken hundreds of thousands of the most breathtaking photos ever captured: stars being born; galaxies entering their adolescent years; supernovas dying; nebulae of size incomprehensible; galaxies of hues uncategorizable; celestial bodies so far away our brains can’t begin to fathom the distance.

Zimmerman writes: “Hubble, and the men and women behind it, opened a rare window into the universe, dazzling humanity with sights never before seen.”

When King David looked to the heavens, he saw them only with the naked eye. Yet he gaped breathlessly at God’s creation and was particularly fascinated by mankind’s place within it. In Psalm 8:3-4, he wrote: “When I consider thy heavens, the work of thy fingers, the moon and the stars, which thou hast ordained: What is man, that thou art mindful of him? …”

Later in the psalm, he wrote that the same God who created the radiant cosmos also made humans to “have dominion” over His creation on Earth (verses 5-8).

A thousand years later, the Apostle Paul quoted part of David’s psalm and brought additional meaning to it. God will not give mankind control just over the Earth, he wrote, but will put “everything in subjection” under him. “[T]his subjecting of the universe to man implies the leaving nothing not subject to him” (Hebrews 2:8; Weymouth New Testament).

God created the entire vast universe for man. Everything Hubble has shown us—from the four moons it discovered around Pluto in our own solar system to the most unfathomably remote galaxy—will be under mankind’s control. That’s a foundational message declared in numerous Scriptures. And Hubble’s images could be seen as the companion photos that could be printed alongside those verses.

“[F]or those willing to believe what God says,” the late Herbert Armstrong wrote in The Incredible Human Potential, “He says that He has decreed the entire universe—with all its galaxies, its countless suns and planets—everything—will be put under man’s subjection.”

Verse 8 goes on to say the universe is “not as yet” under man’s jurisdiction. But it will be.

Paul wrote in his letter to the Romans that the whole creation is now in “bondage to decay” and is “groaning” in anticipation of the “redemption” of mankind (Romans 8:21-23; Revised Standard Version). The anticipation is urgent because after redemption, humanity will reverse the decay. Mr. Armstrong wrote: “This passage indicates precisely what all astronomers and scientific evidence indicate—the suns are as balls of fire, giving out light and heat; but the planets, except for this Earth, are in a state of death, decay and futility—but not forever ….”

The entire universe is “waiting” for man, he wrote, to “impart life to billions and billions of dead planets, as life has been imparted to this Earth.”

During a January 18, 2013, episode of the Key of David program, Trumpet editor in chief Gerald Flurry called attention to Hubble’s significance in the context of those profound Bible truths. “God had a hand in the Hubble Telescope,” he said. Its images “should set our imaginations on fire” because they are a “major way that we get to know God and know about our own future.” During his May 2009 commencement address at Herbert W. Armstrong College, he said the window Hubble opened should “fill a human being” with “real joy.”

It is astounding to meditate on the fact that Spitzer and the thousands who labored for decades to put Hubble into orbit weren’t working alone, but were guided by a divine hand eager to fill people with “real joy.” This understanding can help us better appreciate the efforts of those that made this vision a reality, and the “rare window” we now have into mankind’s out-of-this-world future. 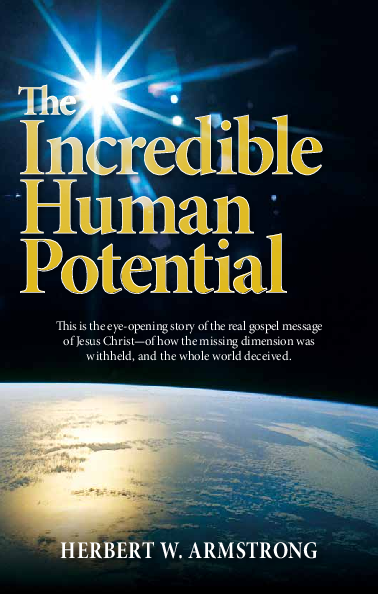