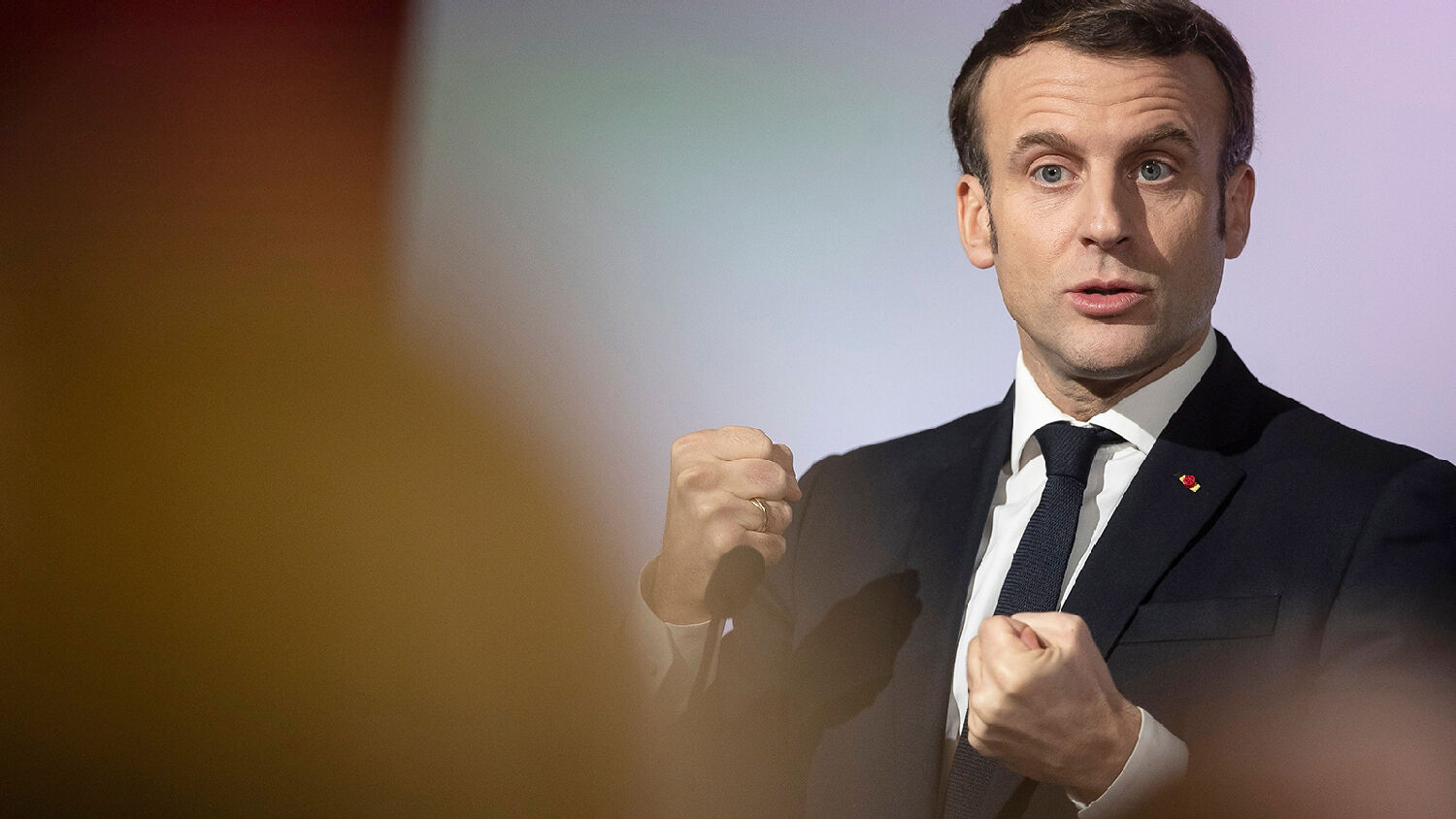 French President Emmanuel Macron delivers a speech on the theme of the republican reconquest and the fight against Islamist separatism in eastern France on February 18.
JEAN-FRANCOIS BADIAS/POOL/AFP via Getty Images

Following a debate over a French girl’s anti-Islamic comments in mid-February, French President Emmanuel Macron defended the girl, stating that blasphemy “is no crime” in France. Macron himself is radically changing his stance against Islam and immigration, with potential consequences for the whole nation.

A controversy raged in France after, Mila, a 16-year-old French girl, called Islam a “religion of hatred.” The girl claimed to have been responding to another student who had insulted her regarding her sexual orientation.

Following the publication of Mila’s video message, she was heavily criticized for her attack on Islam, to the point that she received death threats and had to leave the school.

Macron’s justice minister, Nicole Belloubet, claimed that Mila’s attack on religion was “an attack on freedom of conscience.”

But Macron came to Mila’s defense, telling the newspaper Le Dauphiné Libéré, “The legal situation is clear: We have the right to blasphemy,” which also includes the freedom to “criticize and caricature religions.”

Secular France has struggled to deal with its growing Muslim population. Some claim that the fear of being accused of racism or Islamophobia has caused a false sense of tolerance to rise in the country. Macron’s statement could put an end to the taboo of criticizing Islam.

The president himself is fighting to raise awareness of the dangers the Muslim population poses. Previous presidents have drawn attention to the lack of integration threatening France’s unity. But Macron goes deeper with his warning, claiming the source of the conflict is “separatism.”

In 2017, the philosopher Elisabeth Badinter described “separatism” in En Terrain Miné, writing: “A second society is trying to establish itself in our republic in a sneaky way, turning its back on it and unequivocally aiming for separatism, if not secession.”

In 2015, former Prime Minister Manuel Valls spoke of “apartheid” as a consequence of a failed integration policy. But the term separatism is putting the blame on the Muslim population and Islam’s attempts to cause division.

“Macron wants to fight the growing Islamism in the country with an action plan—and is therefore going to the front,” Welt noted in “Macron’s Plan to Recapture the Republic” (Trumpet translation throughout).

Since Macron announced new immigration measures in November 2019, he has been increasingly critical of Islamic ideology. Whether out of conviction or out of hope to win voters, Macron has turned from his pro-immigration centrist stance to pushing one of France’s most right-wing agendas.

Macron has said he is working “to fight decisively against the forces that blow up national unity.” His action plan intends to combat “Islamist separatism and radicalism.” “The problem is old in France, but the choice of words is new,” Welt noted.

Even before Macron changed his stance on immigration, there were already indications that this shift would come. The United Kingdom’s Catholic Herald wrote in April 2018 in “Why Is Macron Courting the Church?” that the president “actively encouraged French Catholics to participate in French life as Catholics.” The Catholic Herald added that this was, in part, a “strategy for addressing France’s greatest challenge: how to integrate a growing and, in some areas, increasingly militant Muslim population.”

This is a topic that Trumpet editor in chief Gerald Flurry has analyzed. In “France Is Resurrecting the Holy Roman Empire,” he wrote: “In response to a growing Islamic population actively working to influence European politics, Macron wants to revive Europe’s Christian roots.”

The Catholic Herald asked: “Could Macron’s speech to Catholics be the start of efforts to rethink [secularism] in ways that would effectively ‘tame’ Islam in France?” We are seeing more and more indication that this is the case. Macron is moving from actively encouraging Catholics to play a stronger role in society to fighting Islam’s influence more directly.

Motivated by the Roman Catholic Church and Germany, Macron is looking to resurrect the Holy Roman Empire. This empire has repeatedly clashed with Islam, resulting in some of the most violent confrontations in European history. The Bible reveals that it will be resurrected one more time.

As Mr. Flurry explains in The King of the South, the king of the north in this verse refers to a German-led European empire that will conquer the king of the south, radical Islam led by Iran. We are already seeing how Iran is pushing at Europe. Through terrorism in the Middle East and northern Africa, Iran has triggered various migrant waves that have exported terrorism and Islamic ideologies to Europe.

But Iran’s final provocation is yet to come. “The king of the south is going to push at the king of the north, probably from its trade route power,” Mr. Flurry explains. “That push will be a dramatic act of war! The Holy Roman Empire will respond with an all-out whirlwind attack—and Iran and radical Islam will fall immediately.”

At the moment, Europe is calling for peaceful solutions in the Middle East and northern Africa, but it is also quietly building up its own military and influence in the region. Germany and France are preparing for a sudden strike against Iran and its allies. The Bible reveals that this clash will ultimately lead to the return of Jesus Christ, who will put an end to man’s “peace efforts” and establish real and lasting peace on Earth.

Order your free copy of The King of the South to learn more about this prophesied clash of civilizations and where it will lead.